A San Francisco Bay Area food technology company called Memphis Meats recently finished their lab grown chicken. They fried it into chicken strips and fed it to people at an event. It was produced from stem cells programmed to reproduce animal tissue.

It could be considered the second recent node of progress when it comes to “cultured” lab grown meat, after a lab produced hamburger was tested a few years ago. The concept of cultured meat goes back several decades.

According to an article titled “Lab-grown chicken strips, made from animal cells, debuted by startup”:

“The company estimates it costs under $9,000 to make one pound of the meat, the Journal reported. Memphis Meats expects price should come down in the next several years and let them offer their products publicly in 2021, according to Business Insider.”

This is a picture of it.

“Back in 2015, the San Francisco Bay Area-based company crowdfunded its mission to grow “clean meat.” Since then, it’s introduced a lab-grown meatball and plans to grow Thanksgiving turkey in a lab. The company has raised a total of $3 million, and plans to continue conversations with investors in the coming months. If all goes according to plan, Memphis Meats’ lab-grown poultry and beef will be available in supermarkets by 2021.

Both Memphis Meats and Mosa Meat — which is based in the Netherlands and counts Google co-founder Sergey Brin among its investors — have produced lab-grown burger-like meat patties from bovine cells. Memphis says they are the first to grow poultry cells in a lab.”

Upon investigating who holds stock in cultured meat, all trails go back to Silicon Valley.

Google co-founder and president of its parent company Alphabet, Sergey Brin funded the creation of the first cultured beef patty, put together in a petri dish. It looks like a patty made of thin strands of ground beef, because the thin strands of cow muscle were artificially exercised by stretching them.

According to a person who ate it:

“I was one of the two people to taste the so-called Frankenburger: the world’s first lab-grown beef burger, a five-ounce patty grown from cow stem cells that took a Dutch scientist four years of research and $332,000 to create.

Valeti also sits in an advisory position with the Good Food Institute, one out of 25 people who include Hampton Creek Foods founder Josh Balk.

Josh Balk is a player in biotechnology, and was Senior Director of Food Policy for The Humane Society.

According to Wikipedia: “In 2011, Balk founded Hampton Creek Foods with Joshua Tetrick. Bill Gates named Hampton Creek one of three companies that will forever change the food system.”

But it turns out Google is involved with Hampton Creek Foods.. Which puts them not far from the effort to make lab cultured chicken. According to Wikipedia:

“Hampton Creek hired Dan Zigmond, described by TechCrunch as “Google’s main data guy,” in June 2014 to build a database for the company’s research into plants. Zigmond, who had been working for eight years on YouTube and Google maps, stated his plan was to “build the world’s largest plant database.” Hampton Creek signed chef Ben Roche in July 2014.”

So Google, Bill Gates, and other players in Silicon Valley are investing in biotechnology: but who are they tied to?

Google is deeply tied to the US military industrial complex, and was created in the bowels of the academic, institutional root of the intelligence agencies in the US.

Google is rooted in Harvard where it was co-founded by Sergey Brin.

Reading from an extensive article by Nafeez Ahmed titled “How the CIA made Google: Inside the secret network behind mass surveillance, endless war, and Skynet”:

“In 1994 — the same year the Highlands Forum was founded under the stewardship of the Office of the Secretary of Defense, the ONA, and DARPA — two young PhD students at Stanford University, Sergey Brin and Larry Page, made their breakthrough on the first automated web crawling and page ranking application. That application remains the core component of what eventually became Google’s search service. Brin and Page had performed their work with funding from the Digital Library Initiative (DLI), a multi-agency programme of the National Science Foundation (NSF), NASA and DARPA.

But that’s just one side of the story.

Throughout the development of the search engine, Sergey Brin reported regularly and directly to two people who were not Stanford faculty at all: Dr. Bhavani Thuraisingham and Dr. Rick Steinheiser. Both were representatives of a sensitive US intelligence community research programme on information security and data-mining.”

Stanford and MIT (Massachusetts Institute of Technology) are among institutions that birth the individuals who compose the alphabet agencies of the US government: people from these colleges end up in agencies from the NSA to the DOD. Reading from an article we published titled “The Institutes of Technology Exposed: Academia’s Surprising Role in War, Science, and the System”:

“Entire books have been written about this institution’s involvement in warfare, such as the 1993 book “The Cold War and American Science: The Military-Industrial-Academic Complex at MIT and Stanford.” From World War II, to the Cold War, to the present day, MIT has been and continues to be a central hub of science for the power structure.

Governments and corporations use money to influence science toward a certain trajectory, giving grants and recruiting people.”

To examine this axis of power between academic institutions, corporations, and the state, let’s take a look at an institution as influential to the 20th Century as Harvard: Massachusetts Institute of Technology.

MIT is also enthusiastically supporting cultured meat. They have a long history. MIT staff participated in the nuclear bomb’s creation, and then geoengineering, which was dubbed the “New Manhattan Project.”

A professor of physics at MIT named Philip Morrison personally helped kill thousands of people with the nuclear bombing of Hiroshima and Nagasaki, Japan in 1945.

According to Wikipedia: “As leader of Project Alberta‘s pit crew he helped load the atomic bombs on board the aircraft that participated in the atomic bombing of Hiroshima and Nagasaki. After the war ended, he traveled to Hiroshima as part of the Manhattan Project’s mission to assess the damage.”

MIT researchers fed children radiation via cereal, children who were declared “feeble-minded” in a eugenics influenced 1940’s culture of academia.

“In the late 1940s, Boyce was one of some 90 children, most of whom were classified as “feeble-minded,” selected by MIT to be used as test subjects. With offers of free meals and Boston Red Sox tickets, they’d been coaxed to join a “Science Club” without knowing that their inclusion would make them guinea pigs for various radiation-laden nutrition studies funded by Quaker Oats.

It wasn’t until decades later, on that winter morning in 1994, that Boyce became aware of what he’d been secretly put through. It incited one of history’s most searing debates about the ethics of academic research and the necessity of informed consent.”

MIT was working with Quaker Oats. Experimental food, dangerous biotechnology: many of these things originate in institutions such as MIT or Stanford.

Academic institutions, processed food corporations using biotechnology, Pentagon affiliated technology barons, this is the full picture: a piece of a powerstructure that affects us every day.

It’s difficult to say in one article how this power operates, and how that will influence our future: but this can be a starting point to your own research. Type everything into your non-Google search engine and research away. 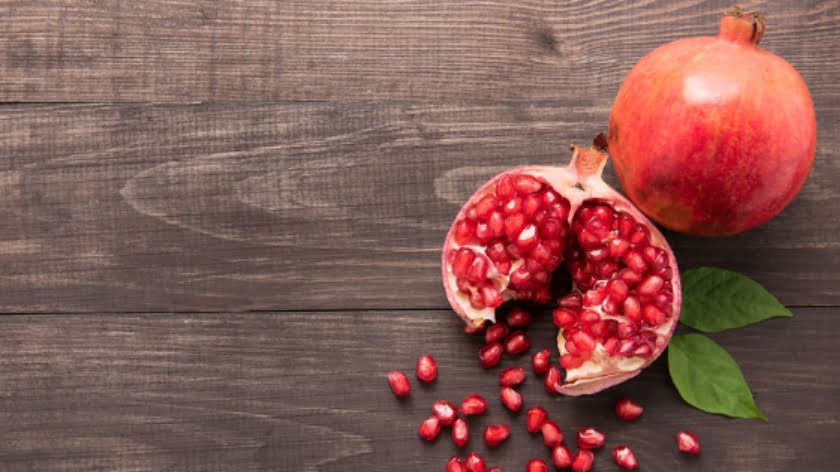 Pomegranate extract provides a natural way to boost athletic performance, increasing the time to exhaustion by more than 1.5 minutes among a group of amateur cyclists. Could pomegranate give you a similar athletic improvement? Pomegranate, the “jewel of winter,” is one fruit you should have on your radar if you’re interested in boosting your physical… 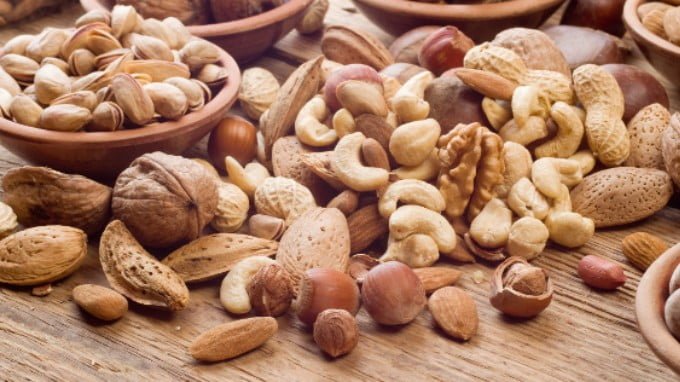 Do you want a quick, easy, no-prep snack that can keep you fueled on-the-go while reducing your risk of disease and death? It sounds nuts — and it is nuts! If you are interested in maintaining a healthy diet and lifestyle, nuts are, quite simply, a food group you need in your life. Compact and…

Monosodium glutamate, or MSG for short, is known for being a staple ingredient in prepackaged foodstuffs. Canned soups, for instance, are often loaded with MSG and other artificial ingredients. It’s common knowledge that some people are clearly negatively affected by it — migraines and dizziness are common after consumption, but it’s still widely consumed. After all,… 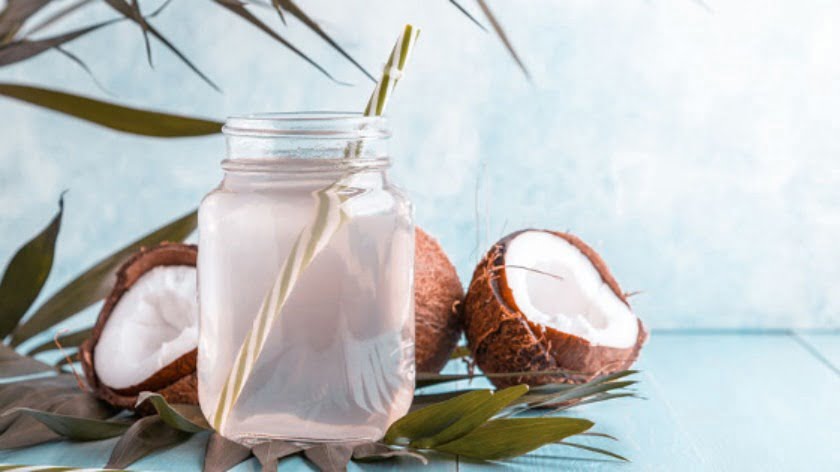 Pans with a non-stick coating are convenient but new research suggests that the chemical used for the coating is extremely toxic and exposure on any level could prove dangerous to brain health, the reproductive system, and immune system. The Dangers of Non-Stick Coating DuPont, the chemical engineering giant, is responsible for the perfluorooctanoic acid (PFOA)…