A foreign country may be a problematic partner for the United States for two basic types of reasons, both of which apply to Saudi Arabia.  First, the partner’s foreign policies may range from misguided to immoral, or risk sucking the United States into conflicts in which it is not, or should not be, a party.  Saudi Arabia’s calamitous war in Yemen is currently the leading example of this sort of problem.  More recently has come the economic and diplomatic offensive against Qatar, which threw a wrench into the Trump administration’s aspirations regarding regional security, and in response to which the State Department this week delivered a bemused scolding.

Second, internal fragility may risk having the foreign regime suddenly come apart.  This not only would mean that the partnership with the United States also would come apart.  It also could mean that close association of the United States with the old regime earns it lasting animosity from the new rulers and from the discontented foreign populace that supported political change.  For an example of this dynamic, one need look only to the other side of the Persian Gulf.  The close association of the United States with the Shah of Iran became a major ingredient in post-revolutionary anti-Americanism in Iran.  Even after the Shah had been deposed, his admission to the United States for medical treatment was the immediate trigger for seizure of the U.S. embassy in Tehran and a hostage crisis that lasted more than a year.

The association of the United States with the Saudi regime, which has endured so long and has become so taken for granted that it routinely gets referred to as an “alliance,” makes it easy to overlook what an anachronism that regime is and how fragile is such a medieval configuration within the context of the twenty-first century.  An extended royal family, whose name is part of the country’s name (imagine if the United Kingdom were instead called “Windsor Britannia”), benefits from enormous but publicly uncounted rake-offs from the country’s oil wealth.  That wealth has for many years been critical to buying subservience and complacency from the general population, although now and then indications emerge—such as the Saudi origins of most of the 9/11 hijackers—that not all is well beneath the surface complacency.  Besides relying on what the oil money can buy, the regime also has relied heavily on religious sanction to sustain its legitimacy.  As part of that reliance, the deals struck with the ulema or clergy have sustained some of the anachronistic features of the country, such as women not being allowed to drive.

The large size of the royal family means not only large rake-offs but also substantial potential for divisions within the family.  One of the biggest, and surely one of touchiest, issues, has been leadership succession.  The founder of the Saudi kingdom, Abdulaziz Ibn Saud, bequeathed an odd succession plan with the throne first passing to one of his oldest sons but then going, brother to brother (or half-brother) through other sons of Abdulaziz.  Because he had more than three dozen sons, this arrangement could persist for a long time.  But everyone knew that eventually the kingdom would run out of sons of even the unusually fecund Abdulaziz, and the throne would have to pass to the next generation.  The sons and grandsons of Abdulaziz surely have had different preferences and views as to who in that next generation should get the top job.  Latent instability can become overt conflict if discontented members of the ruling clan look for ways to exploit discontent in the wider population.

The aged King Salman, with visibly declining faculties, has made a singularly audacious move that, combined with some of his earlier moves over the past couple of years, sets up his favorite son, Muhammad bin Salman (MbS) to succeed him on the throne.  This is the second time Salman has sidelined a crown prince to move MbS up in the line of succession.  The first victim was Salman’s half-brother Muqrin.  The second was his nephew Muhammad bin Nayef (MbN), who also lost his job as interior minister.

With much of what Salman had done earlier in his career—most of which was spent as governor of Riyadh, with a further informal role as a sort of family disciplinarian—he could benefit from the strength that came from being one of the Sudairi Seven, an alliance of full brothers that also included King Fahd, defense minister Sultan, and MbN’s father and predecessor as interior minister, Nayef, all three now deceased.  But this latest move was Salman acting on his own; MbN is also part of the Sudairi wing of the family.

The regime has made a show of unity, announcing that 31 of 34 members of the Allegiance Council, a family organ that is supposed to deliberate on succession matters, approved of the latest change.  An image was released of MbS kissing the hand of MbN, who reportedly pledged loyalty to the new crown prince.  Family members continue to share an interest in not making any moves that could jeopardize their enormous privilege and personal wealth.

But surely there must be many royal family minds asking: with all the sons and all the grandsons of Abdulaziz to choose from, why should Salman be the one who gets to take it on himself to make his favorite son the designated successor?

It is not as if the 31-year-old MbS had a record that, before his father started catapulting him, made him stand out from the royal crowd.  The most distinctive and consequential initiative associated with MbS since he began gaining extraordinary power—the war in Yemen—has been a disaster.  The bellicosity and aggressiveness that MbS has displayed toward Iran, and now Qatar, have the makings of additional costly regional misadventures.  MbS talks a good game regarding internal reform with his “Vision 2030” program, but it remains to be seen whether he has better ideas than his elders and predecessors for how to reconcile modernity with the non-modern demands of the religious establishment on which the House of Saud’s legitimacy rests.  It also remains to be seen whether he will offer effective ways of weaning a sinecure-ridden society off oil and of handling the discontent that accompanies such dislocation.  MbS’s father may have set him up for—when the father is no longer around—failures great enough to rend even the fabric of the royal family’s shared interests.

The downside for the United States is not just in losing a respected and experienced security manager and counterpart in the person of MbN.  And it is not only in the prospect, serious though this is, of being involved in more Yemen-like destructive mistakes.  It is in how Salman’s power play on behalf of his nuclear family has done nothing to reduce, and may even have increased, the risk that we will awake one day to discover that Saudi Arabia is not the stable partner in the Persian Gulf region that we thought it was.  We thought that about the Shah’s Iran, too.

The Congolese legislature passed an initiative at the beginning of the year nullifying a previous act allowing companies a 10-year delay in complying with new fiscal demands and simultaneously decreed that the royalty on “strategic minerals” such as the cobalt that’s used in today’s gadgets, missiles, and electric vehicle batteries could jump fivefold from 2%… 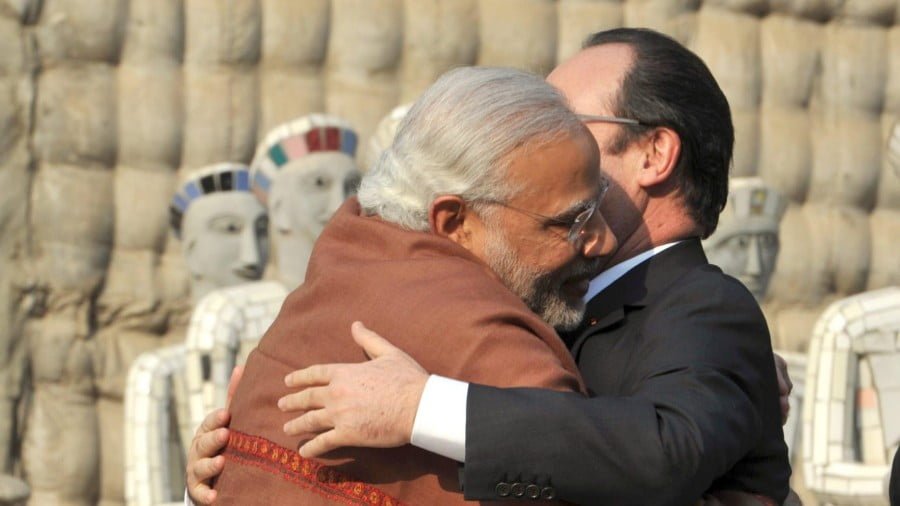 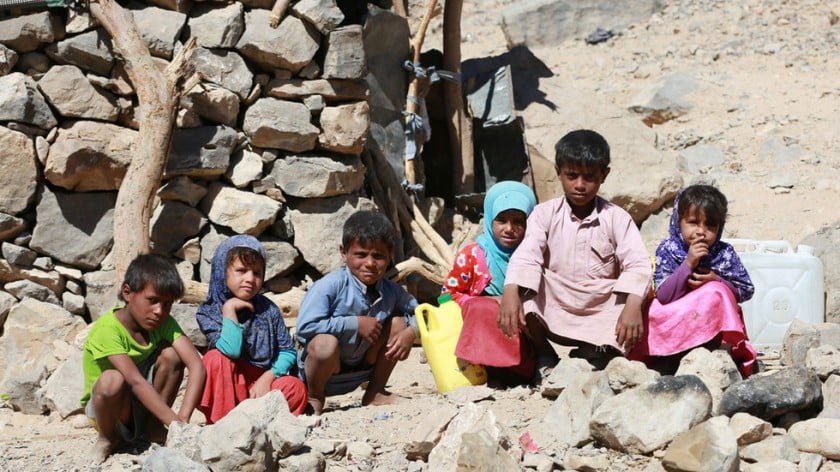 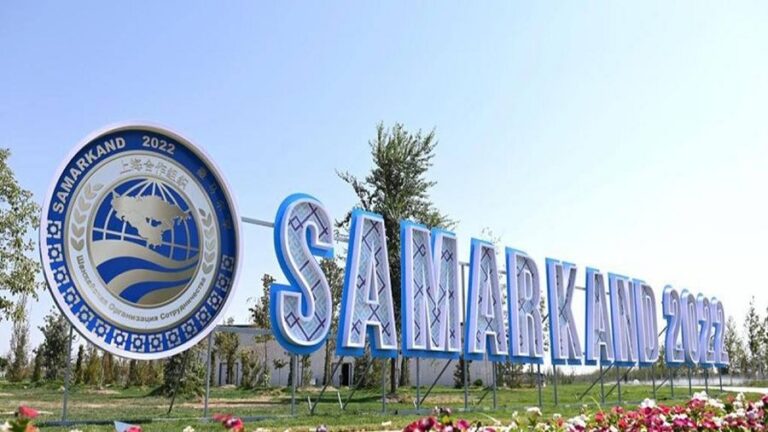 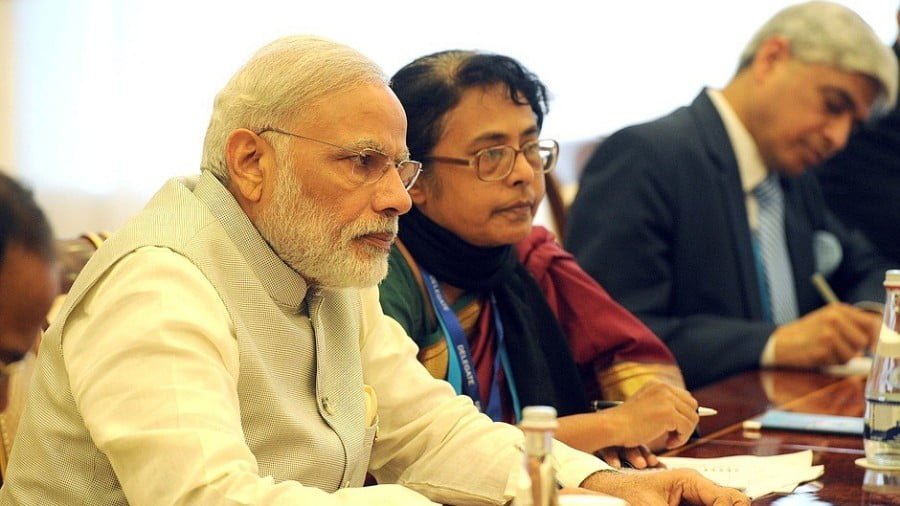 The creeping revival of last year’s Donglang/Doklam Drama proves that China did in fact make a dummy out of India at the time, but that India had in turn made a dummy out of the rest of the world by keeping up the charade that it got China to back down, the narrative of which…