The Weaponization of Information in the War of Terror

Within hours of the bombing at Manchester Arena last month, police had identified the lone wolf suicide bomber they alleged was behind the attack.

Mere hours after that, the independent online media had compiled a list of the many questions and problems with the official narrative of the event: that it was American intelligence, not British intel, who had allegedly identified Salman Abedi as the attacker; that the alleged bomber’s father had co-founded the Libyan Islamic Fighting Group that worked with MI6 on a failed plot to assassinate Gaddafi in the 1990s and fought alongside NATO in his eventual ouster in 2011; and that Abedi’s ties to ISIS were allegedly “confirmed” to the New York Times by two anonymous deep state sources.

Within hours of the London attack last week, it was widely reported in the mainstream media as an “ISIS” connected event. It was left to the independent media to report that the alleged ISIS connection to the plot was “discovered” by suspected Israeli operative Rita Katz of the long-discredited SITE Intelligence Group and that it is in fact the UK, the US and their allies that have been instrumental in funding, arming and training ISIS in the first place.

When CNN tried to pass off a demonstration in London as a spontaneous event that their cameras happened upon, it was a citizen journalist who captured the behind-the-scenes footage showing that the “protest” was a carefully stage-managed event, including the reporter and crew telling people where and how to line up for maximum effect.

When NBC tweeted Megyn Kelly’s recent interview with Russian President Vladimir Putin under the headline “Putin does not deny having having compromising information on President Trump,” it was online backlash that prompted them to issue a correction admitting that Putin not only dismissed the idea, but called it nonsense.

Time and again the flowering of citizen journalism and online independent media has thwarted the establishment media in their attempts to convey a narrative favorable to the deep state. So it is no surprise, then, that in the wake of the latest false flag terror incidents in the UK, that British Prime Minister Theresa May has identified the free and open internet as the greatest “facilitator” of terrorism:

The UK government has already implemented some of the most draconian restrictions on internet usage of any country in the Western world, including the Investigatory Powers Act, which requires internet service providers to store all internet users’ data for at least 12 months in case the government wants to access it, and the “Snooper’s Charter,” which grants government agencies and intelligence services the authority to hack into individuals’ computer systems and the ability to collect masses of data on people’s internet browsing history regardless of whether they are even suspected of a crime.

What is especially chilling about this is not merely that such a system is fundamentally unworkable, nor that network-level blocking has repeatedly been ruled illegal, nor that such legislation would decimate Britain’s software industry. The truly chilling part is that the government is now openly advocating for the creation of a controlled, surveilled, restricted internet where all content is accessible only by permission of the government.

The threat of this type of Orwellian control over information is evident for those, like Professor Michel Chossudovsky of GlobalResearch.ca, who recognize that the ability to counteract the establishment propaganda narratives is the only thing that will effectively undermine the ongoing and ever-escalating wars of aggression  that are justified on the backs of these false flag terror events.

Of course, the crackdown on the online independent media and citizen journalism is not limited to the UK. Governments around the world are enacting laws and empowering their own intelligence services to surveil and control their own populations, curtailing the ability of independent media to counter the mainstream propaganda.

In one of the clearest and most disturbing signs that independent media is firmly in the crosshairs of the global elite, “The War on Information” was one of the topics on the official agenda for this year’s highly secretive Bilderberg conference. This year’s meeting of the Bilderberg Group brought together not only the usual gaggle of royalty, high-powered government officials, banking heads, and captains of industry from Europe and North America, but also a larger-than-average contingent of media executives and establishment-friendly journalists, including not only Bilderberg stalwarts like the editors of The Economist and Bloomberg LP, but Italian journalist Lilli Gruber, Norwegian journalist Kjetil Alstadheim, and American journalist Amy Walter, as well as the editors of the London Evening Standard and Italy’s La Stampa.

Ominously, joining this group behind closed doors were regular Bilderberg attendees Peter Thiel and Alex Karp of Palantir Technologies. Palantir is a shadowy data analytics firm founded in 2004 with the help of seed funding from In-Q-Tel, the venture capital arm of the CIA. Although the exact details of Palantir’s relationship with the American intelligence services and their counterparts in the so-called Five Eyes countries of Australia, Canada, New Zealand and the UK are not known, recently released documents have confirmed that the company’s relationship with the UK’s NSA equivalent, GCHQ, dates back to at least 2008, when they impressed intelligence officials with a demonstration of how their software could be used to track, trace, analyze and de-anonymize internet traffic and online data on a mass scale. We now know that Palantir is a key part of the NSA’s XKEYSCORE program which collects all manner of online data, not only emails, chats, and web-browsing traffic, but also “pictures, documents, voice calls, webcam photos, web searches, advertising analytics traffic, social media traffic, botnet traffic, logged keystrokes, computer network exploitation targeting, intercepted username and password pairs, file uploads to online services, Skype sessions, and more.” Palantir helps intelligence agents map, trace, search and organize this data in ways that make it impossible for people to pass information online without the government knowing about it.

At Bilderberg co-founders of Palantir were discussing “The War on Information” behind closed doors with people like Sharon White, the Chief Executive of Ofcom, the communications regulator for the UK, and several of the reporters and editors who are charged with disseminating government-approved propaganda in the mainstream press. The implications of this are stunning, and they go far beyond a simple issue of public/private collusion around press censorship.

At stake is not just the ability for the deep state to set the narrative of these terror events uncorrected by independent online reporters, but to define the very meaning of “terrorism” itself.

If it turns out–as it did in the case of the Manchester bombing, and the London attack, and the Westminster attack, and the Paris airport attack, and the Berlin Christmas attack and literally dozens of other “terrorist” incidents–that the alleged attackers were all “known wolves” who had been identified by and often in contact with intelligence services before their alleged involvement in these plots, an independent online media might connect these dots to find a common underlying pattern: Namely, that these events are being aided by or at least passively allowed by these intelligence services, the same ones that have been caught time and time and time again encouraging, funding and even concocting terror plots in order to “bust” them just in time.

However, if the deep state is in control of the apparatus for disseminating information online and censoring independent reporting, they can craft a very different story, one in which an overworked and underfunded intelligence system is straining under the burden of responding to all of these incidents, and only budget increases and even greater surveillance of the public can possibly reduce the threat from terror.

If terrorist incidents are always tied back to shadowy groups linked to Al Qaeda or ISIS, an online, independent media might connect those dots to show how Al Qaeda and ISIS were literally created, fostered, funded, trained and equipped by the UK government, the US government and their allies across the world as a tool in their quest of dominance of the Middle East and control of their domestic population. But such a story can only be told on a free and open internet, where independent voices continue to reach the masses and inform them of the truth about these terror groups.

The truth, of course, is that the terrorists are the ones that are in charge of these organs of political, military and financial power, the ones who are constantly terrorizing the public with these false flag events and telling them that only greater governmental surveillance and censorship can protect them. To stop these terrorists is the prime political imperative of our time, and it can only happen through an independent media that is willing and able to counteract the official propaganda of events like the London attack and the Manchester bombing. 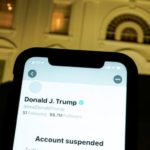 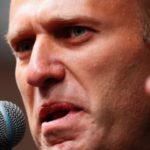