The U.S. has stumbled into a trap in the Syrian desert town of Al-Tanf, and the big question now is whether it will stay, leave, or try to save face by putting on a show of force. Given the crisis mentality in Washington these days, the answer is likely the last. If so, the effect will be to take a bad situation and make it much, much worse.

Al-Tanf is strategically important because it straddles an east-west international highway as it branches off to the north, crossing into southern Syria and continuing on to Damascus and Beirut. Since the highway serves as a supply line linking Shi‘ite population centers in Iran and Iraq with those in western Syria and southern Lebanon, the U.S. thought that by severing the supply line at Al-Tanf, located just a few miles north of the Iraqi and Jordanian borders, it could check a bid by Syria’s ally Iran to open up a corridor to the Mediterranean, strengthening the so-called “Shi‘ite crescent.”

But U.S. ambitions did not stop at dashing Iran’s strategic dreams in its regional Shi’ite-Sunni rivalry with Saudi Arabia. Beyond cutting off the road’s northern branch, the U.S. floated plans to convert the southern route into a modern U.S.-style toll road complete with service stations, rest stops, and cafés. The roadway would then be under the control of a military-linked security firm, the Reston, Virginia-based Constellis, which happens to be the owner of Academi, formerly known as Blackwater, whose heavily armed security guards were convicted of massacring 17 civilians in Nisour Square, Baghdad, in 2007.

So, instead of a supply route linking far-flung Shi‘ite population centers, the upshot would be a U.S.-controlled highway connecting Sunni-dominated Anbar Province in western Iraq with Sunni-majority Jordan – a neat trick if the U.S. could pull it off. In the interim, the United States, which does not have permission from the Syrian government to have military forces inside Syria, sought to expand the U.S. desert garrison in Al-Tanf by unilaterally declaring a “de-confliction zone” extending 34 miles in every direction and defending it by force.

On May 18, U.S. aircraft struck a column of pro-government fighters that had allegedly strayed over the perimeter. On June 6, the U.S. military struck other pro-government forces accused of doing the same, while on June 8, a U.S. warplane shot down an Iranian drone. With U.S. patrols ranging as far as 60 miles away, the United States was extending its sway over a larger and larger portion of southeastern Syria. Soon, no traffic would be able to enter from Iraq without express U.S. approval.

Of course, the ultimate goal may have even been bigger: to link up the Al-Tanf garrison with U.S.-backed forces fighting to oust Islamic State militants from their self-declared capital of Raqqa, some 150 miles to the north.

Indeed, Sergey Surovikin, commander of Russia’s Syria forces, accused the U.S. on June 9 of allowing hundreds of Islamic State fighters to flee Raqqa for Palmyra, a hundred miles or so to the south. With Islamic State (also known as ISIS) strengthened in the central part of the country, the effect would be to block the Damascus government’s drive to the east. With the Syrian army immobilized, U.S.-backed forces would be in a position to seize more territory as ISIS resistance crumbles.

But then the Syrian army did the unexpected. Racing down from the north, it swept across more than a hundred miles of desert to reach the Iraqi border between Al-Tanf and the Euphrates for the first time since 2015. By linking up with Iranian-backed Popular Mobilization Units on the Iraqi side, the effect was to cut off U.S. forces from the Euphrates. The outcome was ironic because the U.S. is fighting alongside the Popular Mobilization Units against ISIS in the northern Iraqi city of Mosul, yet the PMU forces were now coordinating with Damascus to bottle up the U.S. in southern Syria.

“[T]he US invaders are now sitting in the mid[st] of a piece of rather useless desert around Al-Tanf,” the often insightful “Moon of Alabama” website chortled, “where their only option is to die of boredom or to move back to Jordan from where they came.”

Not that staying put is entirely pointless since it would allow the U.S. to maintain its roadblock on the Baghdad-Damascus highway. But with the Syrian army controlling the border zone farther to the east in conjunction with the Iranian-backed PMU, it’s hard to see how the Damascus regime will not be able to re-route traffic around it.

So ultimately the most sensible solution would be for the U.S. forces to pack up their bags and leave. But sensible solutions don’t count for much in an over-heated Washington in which President Trump is struggling to hold on amid intense pressure to get tough with Syria, Iran and Russia at all costs.

After all, the purpose of Trump’s visit to Riyadh last month was not just to sell arms, but to announce the formation of an all-Sunni “Arab NATO” aimed at launching a new anti-Iranian offensive across the entire region. More than an embarrassment, retreating to Jordan would therefore signal that the U.S. is over-extended and that its reliance on proxy forces like the Free Syrian Army or the Kurdish-backed Syrian Democratic Forces in Raqqa has come to naught. As currently formulated, the strategy is stuck – unless Trump orders a significant escalation.

Given all that, the military’s decision to move its High Mobility Artillery Rocket System (HIMARS) from Jordan to Al-Tanf is not a good sign. Manufactured by Lockheed Martin, such truck-mounted rockets have a range of 180 miles, nearly enough to reach the Euphrates. But to what end? The target can’t be ISIS since its local militants are already on the run. Instead, they seem to be aimed at the Syrian army whose forces are now blocking U.S. access to the east just as the U.S. had sought to block Syrian access.

A Plunge into Incoherence

After a series of potshots at pro-government forces in recent weeks, could it be that the United States is gearing up for something more serious? If so, it would be yet another step into incoherence.

Even though U.S. propaganda maintains that Syrian President Bashar al-Assad has no interest in fighting ISIS and is in fact somehow responsible for its rise, the Syrian army is in fact the most effective anti-ISIS force on the field.

As IHS Markit, a London analytics firm with extensive aerospace and defense experience, noted in an April 19 report, government forces over the previous 12 months had engaged Islamic State in battle two and a half times as often as U.S.-backed forces had. “Any further reduction in the capability of Syria’s already overstretched forces,” it went on, “would reduce their ability to prevent the Islamic State from pushing out of the desert into the more heavily populated western Syria, threatening cities like Homs and Damascus.” [See Consortiumnews.com’s “Trump Submits to Neocon Orthodoxy.”]

If the U.S. is really preparing to challenge the Syrian army head on, in other words, ISIS will be the likeliest beneficiary since it will gain an opportunity to rally and regroup and break free of its desert confines. Syria’s agony will continue while the U.S. will find itself bogged down in a wider war.

In a recent appearance on RT’s Crosstalk television program, the Beirut-based journalist Sharmine Narwani noted that American reliance on diverse local forces may have sowed the seeds for the present impasse. The Syrian Democratic Forces, the mixed Kurdish-Arab force that the U.S. backs in Raqqa, is an outgrowth of the People’s Protection Units, known by the Kurdish acronym YPG, which are themselves a project of the separatist Kurdistan Workers’ Party, or PKK, that Turkish President Recep Tayyip Erdogan views as no less a terrorist than ISIS or Al Qaeda.

“When the Americans told the Turks they had could have no part of the operations in Raqqa,” Narwani said, “the Turks understood that the Americans were looking to create a little Kurdish state in the north. And they collaborated, I believe, with their Qatari allies, and in this last month, we have seen all the Qatari and Turkish-back groups suddenly go really quiet in Syria, which allows the Syrian army to focus on their border with Iraq and on ISIS – which has not pleased the Americans.” (Quote starts at 2:40.)

Turkey and Qatar are getting back at the U.S. by giving Assad free rein. Both Turkey and Qatar are unhappy with various aspects of U.S.-Saudi policy – with U.S. encouragement of Kurdish separatism, for instance, or with a war drive against Iran that is plainly contrary to Qatar’s economic and political interests.

This is why Turkey is sending 3,000 troops to Qatar as protection against a Saudi incursion, why Qatar may be cooperating with Turkey in Syria, and why the U.S. finds itself stranded in Al-Tanf. It is also why Abdel Fattah al-Sisi, Egypt’s pro-Saudi military dictator, has called on the Saudis to extend their boycott from Qatar to Turkey, a sign, perhaps, of a wider conflict to come.

Where Trump had hoped for unity against Iran, he has wound up with the opposite. Other than Egypt and Bahrain – virtually a Saudi protectorate at this point – few other Sunni countries have signed up for the new Saudi crusade against Qatar, which has important commercial ties with Iran. Oman and Kuwait are both holding off; Morocco has offered to supply Qatar with emergency food shipments; Iraq is neutral. The U.S. and Saudi Arabia are like a pair of generals charging out onto the battlefield only to discover that the army behind them has melted away.

So, will the U.S. do something drastic to break out of its encirclement in Al-Tanf, as foolhardy as that escalation might be? Knowing Trump and his desperation to change the subject from the Russia investigation, the answer may well be yes. 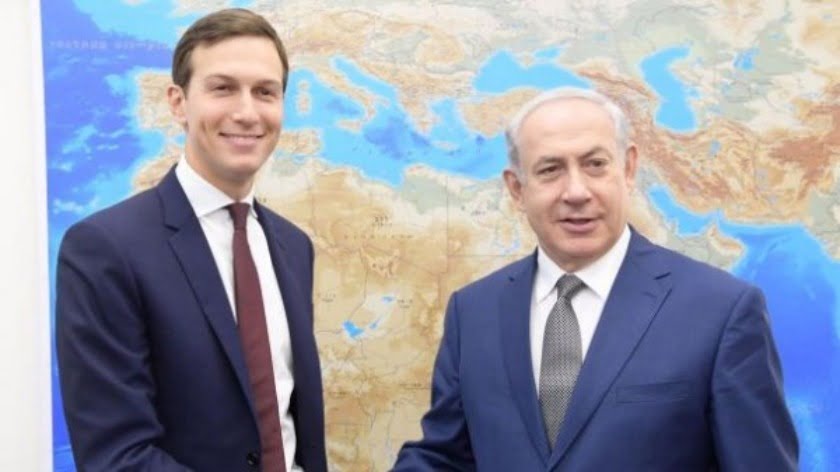 There are two stories that seem to have been under-reported in the past couple of weeks. The first involves Michael Flynn’s dealings with the Russian United Nations Ambassador Sergey Kislyak. And the second describes yet another bit of espionage conducted by a foreign country directed against the United States. Both stories involve the State of… 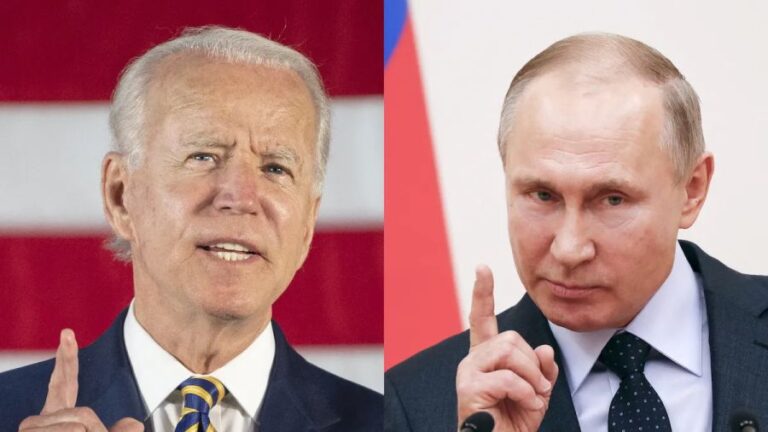 So Russian President Vladimir Putin, by himself, and United States President Joe Biden, surrounded by aides, finally had their secret video link conference for two hours and two minutes – with translators placed in different rooms. That was their first serious exchange since they met in person in Geneva last June – the first Russia-US…

Political analysts are blinking in disbelief at yesterday’s events in Catalonia, trying to recognize the political phenomenon that took the world by surprise over the weekend. For the first time since the end the Second World War, a revolutionary movement has asserted its power over an important European region. The conduct of the Catalan independence…