Bangladesh law enforcement authorities have illegally detained hundreds of people since 2013, including scores of opposition activists, and held them in secret detention, Human Rights Watch said in a report released today. The Bangladesh government should immediately stop this widespread practice of enforced disappearances, order prompt, impartial, and independent investigations into these allegations, provide answers to families, and prosecute security forces responsible for such egregious rights violations.

The 82-page report, “‘We Don’t Have Him’: Secret Detentions and Enforced Disappearances in Bangladesh,” found that at least 90 people were victims of enforced disappearance in 2016 alone. While most were produced in court after weeks or months of secret detention, Human Rights Watch documented 21 cases of detainees who were later killed, and nine others whose whereabouts remain unknown. The 90 cases include three sons of prominent opposition politicians who were picked up over several weeks in August 2016; one was released after six months of secret detention, while the other two remain disappeared. In the first five months of 2017, 48 disappearances were reported. There are allegations of severe torture and ill-treatment while in secret custody.

“The disappearances are well-documented and reported, yet the government persists in this abhorrent practice with no regard for the rule of law,” said Brad Adams, Asia director. “Bangladesh security forces appear to have a free hand in detaining people, deciding on their guilt or innocence, and determining their punishment, including whether they have the right to be alive.”

The report also documents the continuing disappearance of 19 opposition Bangladesh Nationalist Party (BNP) activists. The 19 men were picked up by law enforcement authorities in eight separate incidents over a two-week period in or around Dhaka in the weeks before the January 2014 elections.

Human Rights Watch interviewed more than 100 people, including family members and witnesses, to document these cases. Details of police complaints and other legal documents are included in the report. The Bangladesh authorities failed to respond to letters seeking their views on these cases.

Witnesses and family members told Human Rights Watch that most of the abuses were carried out by the Rapid Action Battalion (RAB) or the Detective Branch of the police (DB), both of which have long-recorded histories of abuse. In the case of the 19 opposition party members, witnesses said that eight were taken by RAB, six by DB, and the rest by unknown security forces.

Ruhul Amin Chowdhury, who saw RAB take away his son, Adnan Chowdhury, on December 5, 2013, said he had trusted RAB to release his son the next day. “They said, ‘We are taking him. We will bring him back,’” he said. “They betrayed us.”

A senior RAB official privately admitted to family members of Sajedul Islam Sumon, a well-known local BNP leader who disappeared on December 4, 2013, that he had had Sumon and five other men in his custody, but that they were removed by other RAB officials after he refused orders to kill them. The official assumed the six men had all been killed.

In addition to enforced disappearances, there is an alarming trend of deaths occurring in secret detention of state authorities. In one such case, on June 13, 2016, Shahid Al Mahmud, a student activist of the Jamaat-e-Islami party, was “dragged outside [his house] and taken into a black microbus,” his father, Rajab Ali, told Human Rights Watch. Rajab Ali said that police officers were present during the arrest, although they later denied they were holding his son. Two weeks later, on July 1, police said they found Shahid’s body after a gunfight with criminals. Shahid’s father told Human Rights Watch that the police are lying: “The police abducted my son and staged a ‘gunfight’ drama to justify the killing.”

Although the ruling Awami League party came to power in 2009 with a promise of “zero tolerance” for human rights violations, the practice of extrajudicial killings and enforced disappearances has persisted, with human rights organizations reporting at least 320 cases of disappearances since 2009. These include people suspected of criminal activities and militancy, as well as political opposition members.

The Bangladesh government should invite the Office of the United Nations High Commissioner for Human Rights to investigate these allegations and make appropriate recommendations to ensure justice, accountability, and security force reform. The Bangladesh government should also invite UN experts, including the Working Group on Enforced or Involuntary Disappearances and the special rapporteur on torture, for an official country visit, allowing them full, unimpeded access to the places and people they seek to visit.

“The Bangladesh government is making a habit of complete disregard for human rights, human life, and the rule of law,” Adams said. “The government doesn’t even bother denying these abuses, instead remaining silent and relying on silence from the international community in return. This silence needs to end.”

“The men approached my son on two motorbikes as he came out of the mosque after attending juma prayer. They handcuffed him after he gave his name and dragged him onto a motorbike at gunpoint. Some local people tried to stop this happening but the men aimed their guns at the local people and told people not to interfere with them as they were performing their ‘administrative duty.’”

“Just after midnight, two men broke down the bamboo boundary, entered the compound of our house, and called out Shahid’s name as though they were his political associates. My wife and I woke up and went out to the gate, and one of the two men, both dressed in civilian clothes, pulled out a gun and threatened us. I opened the door and men went and pulled Shahid from his room. They allowed him to change his clothes. He was dragged outside and taken into a black microbus. There were other men present, some wearing police uniforms.”

–Rajab Ali, father of Shahid Al Mahmud, whose body was found two weeks after he was picked up on June 13, 2016

“When the door was opened, the men asked my sister-in-law, ‘Where is your husband?’ My brother then went to the door and the men said, ‘You have to come with us.’ My brother asked, ‘Can I have your identity? What is your force? Are you RAB, CID, DB?’ They did not identify themselves. He asked several times. They did not wear any uniform and they had no legal arrest warrant. Nothing. They just said, ‘Come with us.’ My brother said, ‘I am a lawyer and I need to know these things.’ And then they said, ‘We will give you five minutes to get ready. Get ready and come with us.’ … I stood in front of my brother and held the hand of one of the men. The man pulled away my hand and grabbed my brother. We were running behind him. It was total confusion. There was a white microbus and he was put in it. And the vehicle drove away.”

“Suddenly we saw vehicles approaching. There was more than one car, but I can’t say exactly how many. There were some men in black uniforms who came out of the vehicles. They had weapons. The cars had their lights on so I could see the men, the color of their uniform. There was one car with ‘RAB-1’ written on it. I am sure that it was definitely RAB because of the clothes, and because I saw RAB-1 logo on the car.”

–Witness to the disappearance of six men from Bashundhara on December 4, 2013

“I approached the local police station. The duty officer told me that the police would not allow a complaint against RAB or any law enforcing agency.”

“As soon as he opened the door, they asked whether he was Pintu. He said, ‘Yes, I am Pintu.’ Then two of the men grabbed him.… Pintu asked who the men were. They said, ‘We are from the administration.’ He asked to see their ID cards, and they said, ‘It will not be a problem. You will be safe with us.’ My husband did not put up any resistance.”

Iraq Is Going Further Down the Drain 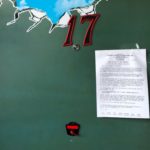 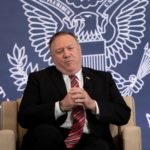