Just one hour after thousands of Palestinian worshipers entered the Al-Aqsa Mosque compound in occupied East Jerusalem for the first time in nearly two weeks, clashes erupted inside the holy site, as Israeli forces fired tear gas and rubber-coated steel bullets at worshipers.

The Palestinian Red Crescent released a statement saying that its crews had provided at least 94 worshipers with medical care. According to the group, some worshipers were treated for rubber-coated steel bullet injuries and tear gas inhalation, while others were physically assaulted and pepper sprayed by Israeli forces.

As clashes took place inside the compound, Israeli forces closed the Remission Gate (Bab al-Hutta) entrance to the compound, which was the last gate to be opened on Thursday afternoon before thousands of worshipers poured in for afternoon Asr prayers.

Israeli soldiers also took down the Palestinian flags that worshipers had raised atop Al-Aqsa Mosque in celebration when they entered the compound.

By 7 p.m., Israeli forces were reportedly only allowing women and the elderly into the compound, according to witnesses.

Israeli police spokesman Micky Rosenfeld said in a statement that “after thousands of people entered the Temple Mount this afternoon,” referring to the Israeli term for the Al-Aqsa compound, “stones were thrown at police units.”

Israeli police units remained in the area, according to Rosenfeld, who said the situation was “under control” and that Israeli forces were “ready to respond to any incidents or riots.”

The clashes came just hours after Israeli forces reopened all the gates to the compound on Thursday afternoon, in what was celebrated as a victory by Palestinian Jerusalemites who had been participating in a 13-day long civil disobedience campaign against Israeli-imposed security measures at the holy site.

Meanwhile, Israeli news outlet Arutz Sheva reported on Thursday that Israeli police chief in Jerusalem Yoram Halevy had threatened Palestinian worshipers should they keep up with mass demonstrations. “If they try to disrupt the order tomorrow, there will be casualties,” Halevy said. “Do not try us. We know how to react vigorously.”

In the span of ten days, four Palestinian demonstrators were killed by Israelis and more than 1,000 others were injured, as Israeli NGO B’Tselem accused Israel of displaying “sweeping disregard” for Palestinian lives in East Jerusalem. 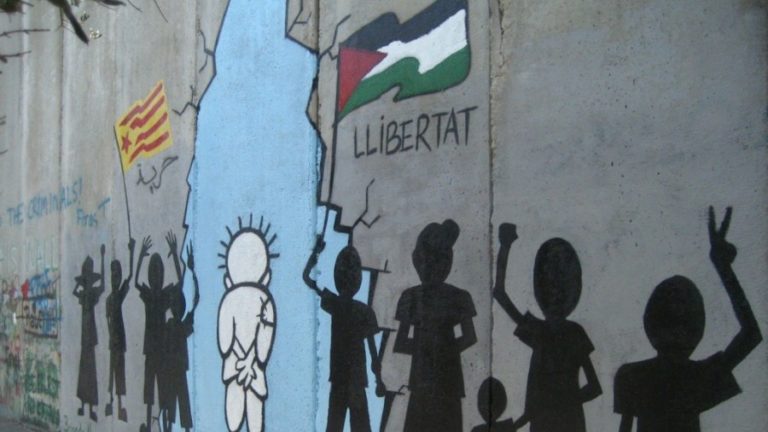 In the largest West Bank demolition operation in a decade, Israeli military authorities on Tuesday razed around 70 structures in the Jordan Valley’s Humsa al-Fuqa community in the occupied West Bank. Locals reported that six bulldozers, accompanied by around 100 Israeli soldiers, carried out the demolitions, leaving 11 Palestinian families homeless. Among the demolished structures…

The US is considering bombing pipelines in Syria, which it claims is in an attempt to cut off the huge profits being made by ISIS from captured oilfields. The Independent quotes Julieta Valls Noyes, the deputy assistant secretary for European and Eurasian Affairs during a visit to London, that ISIS was making $2 million a…