Two-and-a-half years of a lethal blockade and bombardment have produced almost nothing regarding territorial gains in the West’s Saudi-executed war against the Yemeni nation. The tightening of the blockade is an obscene, desperate attempt to put off its inevitable defeat.

The war against Yemen, sponsored by the West and executed by their ever-loyal Saudi fall guys, is going badly. Very badly.

When the Saudis began their bombardment of the Arab world’s poorest country, named ‘Decisive Storm,’ in March 2015, they promised a ‘limited’ mission. In reality, it has proved to be seemingly limitless and completely indecisive. A Harvard study estimates the Saudis are spending $200 million per day on this war, driving their military budget up to $63,7 billion, the fourth highest in the world. But they remain nowhere near achieving their stated goal of defeating the Houthi-led resistance and recapturing the capital, Sanaa. Indeed, Hadi, the ‘President’ the Saudis are supposedly supporting, is still holed up in Riyadh, apparently unable to set foot in his own country, such shows the depth of popular animosity toward him.

Meanwhile, the ‘coalition’ which Saudi Arabia purports to lead is falling apart. Qatar, the world’s richest country in terms of per capita income, who was supposed to bankroll a large chunk of the war – pulled out long ago; while the Pakistani parliament, whose allotted role was to provide the ground troops, unanimously vetoed the proposal last year. Meanwhile, in the south, the Emiratis are backing forces hostile to the very president the war purports to be defending.

Indeed, Hadi’s own troops are now complaining that the Saudis and Emiratis are actually bombing them. Yes, the ‘legitimate government’ of President Hadi, the one the whole operation is supposedly being fought in support of, is now itself being targeted by the aggressors, with Hadi accusing the Emirati crown prince of acting like an occupier. Tawakkol Karman, a Nobel Peace Prize-winning activist, even suggested that “the Saudi-led air strikes have killed more fighters of the national army than Houthis.”

Furthermore, the war has massively expanded Al-Qaeda’s base in the country and provided a new one for ISIS. While this is not an immediate problem for Saudi Arabia in itself – after all, the more sectarian forces come to the fore, the less likely Yemen will be able to unite and pose a threat to Al Saud – but is nevertheless a real potential danger for the future, should those forces decide to turn their experience and weaponry on the kingdom itself. The Saudis seem to be, belatedly, recognizing this, recently branding as ‘Al-Qaeda terrorists’ one of the biggest Salafi groups in the country, the Abu Abbas brigade – after years of arming its men.

Indeed, the war is going so badly that even the Saudis themselves are now privately saying they want out. Leaked emails last August revealed that Crown Prince Mohammed bin Salman – who as defense minister was responsible for initiating the war in March 2015 – is keen to end the war. Yet still, the war continues. London-based Yemeni Safa al-Shami told me that “the Saudis are in trouble; they don’t want [the war] to continue anymore. But they are being told ‘you have to finish the mission to the end.’” By this analysis, far from ‘turning a blind eye’ to a ‘Saudi war,’ the West is positively demanding that a reluctant Saudi Arabia continues its futile and murderous campaign.

Our interventionism in the Middle East has not made the United States or the world any safer. Instead of calling for regime change, we need a foreign policy of restraint and diplomacy.

And this campaign, already characterized by a brutally callous attitude to the Yemeni population, has just reached a new level of terror. Humiliated by the firing of a Houthi missile into Riyadh on November 4th – demonstrating that, despite years of pummeling, the Houthis are now stronger than ever, the Saudis announced their blockade would henceforth become total, with entry of all goods to the country – via land, sea or air – completely stopped.

Medecins sans Frontieres verified the following week that all of its humanitarian flights into the country had been blocked. The Saudis then announced that some of the minor ports would be reopened, but only those in government-held areas. The country’s biggest port, Hodeidah, a vital hub for imports, remains closed. And this week, the Saudis bombed the capital’s airport again, preventing aid delivery.

Even in its previous, partial, form, the blockade’s results have been truly sickening. Hodeida’s capacity has been massively crippled since its four cranes were destroyed by coalition airstrikes in 2015, and the ‘coalition’ has prevented replacements being installed ever since. In addition, ships have been delayed, often for months, or turned back all together for no explicable reason other than to punish the population of the Houthi-controlled areas. This siege against a country dependent on imports for over 80 percent of its food, fuel, and medicine is nothing less than genocidal.

Save the Children reported that 130 Yemeni children are now dying every day from extreme hunger or disease, with 50,000 dead this year alone. Meanwhile, the cholera epidemic, triggered by a combination of the war’s crippling of water sanitation systems and the Hadi government’s decision to block payments to all waste, sewage and health workers in Houthi-controlled areas – became the biggest in recorded history last month, with almost 900,000 infected by the disease. The previous biggest epidemic, still underway in Haiti, took seven years to reach 800,000 cases. Yemen surpassed that number in just six months.

Yet, with two-thirds of the population – over 18 million people – now dependent on humanitarian aid for their survival, even these shocking figures are set to escalate very quickly. Seven million people are at immediate risk of famine. If this new total ban on humanitarian aid to the country’s biggest air and seaports is maintained, they will die. These are the depths to which the West is prepared to push Saudi Arabia in its futile drive to permanently destroy the ‘Yemeni threat.’

The UN’s humanitarian chief, Mark Lowcock, has been very clear. “I have told the [UN Security] Council that unless those measures are lifted… there will be a famine in Yemen. It will not be like the famine that we saw in South Sudan earlier in the year, where tens of thousands of people were affected. It will not be like the famine which cost 250,000 people their lives in Somalia in 2011. It will be the largest famine the world has seen in many decades, with millions of victims.” And this famine will have been consciously and deliberately executed by those responsible for this war – the Saudis, with the British and Americans behind them.

Britain and the USA are driving the Saudis to unleash the world’s biggest famine for years against a totally captive population. Yet, as far as Western media is concerned, this is all totally un-newsworthy. The willful starvation of 130 children per day for the whole of this year is a footnote, at best, to this week’s rumors about Brexit or Trump’s latest absurd vulgarity. When I met Safa Al-Shami, she asked me, “Where is the media in all of this? How many pictures have we seen from Syria, from Iraq; where is Yemen in all of that? The media should start talking about this!”

But she was also clear that this lack of coverage is no excuse for a lack of action, at least not in Britain. “Look at how the British people marched and demonstrated because Tony Blair declared war against Iraq. The British people need to realize that this war in Yemen is part of the same dirty game. They have to do something. I blame the British people because they are educated and they know. The Americans are ignorant.”

The horrors inflicted on Yemen by the British have deep historical precedents – it was 50 years ago this month that British forces finally withdrew from Aden, the Yemeni port they had colonized in 1839. Indeed, the country is embedded enough in the national consciousness to be the subject of a new BBC drama, whitewashing and glorifying the British colonization of Yemen just as they whitewash the British role there today.

And yet the British still like to think of Boris Johnson as some kind of affable buffoon. The truth is, he and the entire UK cabinet are complicit with child murderers. They, along with all those parliamentarians who voted to continue this vicious war, must be stopped, held to account and brought to justice. 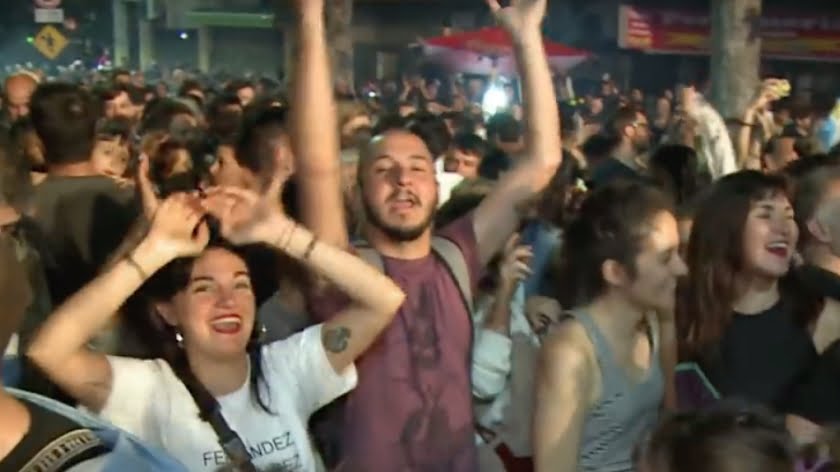 The F-35 stealth fighter jet suffers from hundreds of problems and won’t be fully combat-capable before 2020, says a scathing report from the Pentagon’s top evaluator. New issues keep cropping up, and fixing them all may cost over $1 billion. Dr. Michael Gilmore’s damning assessment is part of the massive annual report for fiscal year 2016,…