The Strange World of Vaccines, Pregnancy and Children

Something very strange has happened since I studied health, nutrition and holistic health sciences and matriculated in prenatal and infant nutrition. Back then, pregnant mothers were advised to take no medications, not even an aspirin! All medications were to be carefully “vetted” by the female’s obstetrician-physician and were to be taken only when absolutely necessary! Vaccines were nowhere near the radar screens of prenatal or neonatal health monitoring or medical services provided. Nor did we see or hear anything about the Autism Spectrum Disorder (ASD) and its “genetic lineage” except Dr. Leo Kanner’s discovery published in 1943, first reported in the medical literature as “Kanner’s syndrome”! Where were the “genetic science and data” hiding if ASD supposedly is/was even a somewhat quasi-factual genetic proclivity [1]?

What’s happened since and where did medicine go wrong [2], I have to ask?

One of the first important ‘rocks’ we must turn over in searching for clues, is the introduction of vaccine research using children in orphanages in the United States from the 1950s to the 1970s “who were ‘volunteered’ into hepatitis, measles, mumps, rubella and other experiments,” as documented on page 102 in Chapter 5, Vaccines “Institutions for Hydrocephalics and Other Similar Unfortunates” in the book 2013 Against Their Will, The Secret History of Medical Experimentation On Children In Cold War America available on Amazon.com. I encourage every reader to obtain and read that book so you can really understand what happened to and how innocent children in the USA were used as human guinea pigs to promote the emerging ‘science’ of vaccinology and what eventually would become Big Pharma’s vaccine industry!

After reading Against Their Will, I interviewed one of the co-authors, Professor Judith L. Newman, Ph.D., in her office at the Penn State University Abington, PA, campus. I came away from that interview with the firm belief that all three co-authors were totally appalled at what they found in their research and writing the book about the unthinkable: Using innocent children as guinea pigs! THAT very ‘mechanism’ still goes on today with the fraudulent vaccine industry’s ‘consensus science’ and in the Centers for Disease Control and Prevention (CDC) epidemiological studies! Nothing verifies that CDC studies FACT more than the documentary VAXXED, From Cover-up to Catastrophe. And yet, nothing is done to correct the crimes, fraud and harms being done! What’s wrong?

Two other books to read to really get a ‘handle’ on the vaccine boondoggle perpetrated as ‘science’ are:

So why the dramatic change regarding prenatal, neonatal and infant vaccines?

Could that turn-around result from the infamously wrong interpretation and implementation of the gift legislation the 1986 Congress gave to vaccine manufacturers and Big Pharma,

The National Childhood Vaccine Injury Act (NCVIA) of 1986 (42 U.S.C. §§ 300aa-1 to 300aa-34) was signed into law by President Ronald Reagan as part of a larger health bill on Nov 14, 1986, in the United States, to reduce the potential financial liability of vaccine makers due to vaccine injury claims. Wikipedia

However, in view of all the current progressive thinking about harms done to others, e.g., the “Harvey Weinstein syndrome-effect”; “Me Too”; female rights about sexual harassment; plus various civil rights granted, shouldn’t Congress be held accountable and demanded to rescind that 1986 “get out of jail free card” for vaccine makers since millions of innocent babies, toddlers, teens, adults and senior citizens lives have been and are being harmed or lost to premature deaths?

Who will wear a white rose to protest vaccine damage?

Who will come forward from within the vaccine world to say he/she/they were/are part of the fraudulent vaccine science perpetrated upon the world regarding not only Autism but the fudged facts published in ‘peer review’ journals regarding the ‘sacred cow, vaccines’?

The opioid epidemic actually pales in comparison to the vaccine damages, but still those harms are permitted to be perpetuated upon pregnant females, neonates, infants, toddlers, teens, adults and senior citizens.

So, who will be held accountable?

Miscarriages linked to flu vaccine being administered during pregnancy in new study
http://www.independent.co.uk/news/health/pregnancy-flu-vaccine-miscarriage-link-influenza-research-center-disease-control-prevention-amanda-a7944936.html 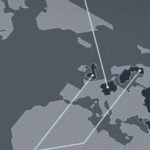 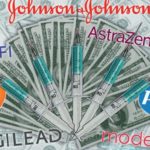 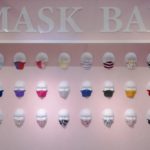