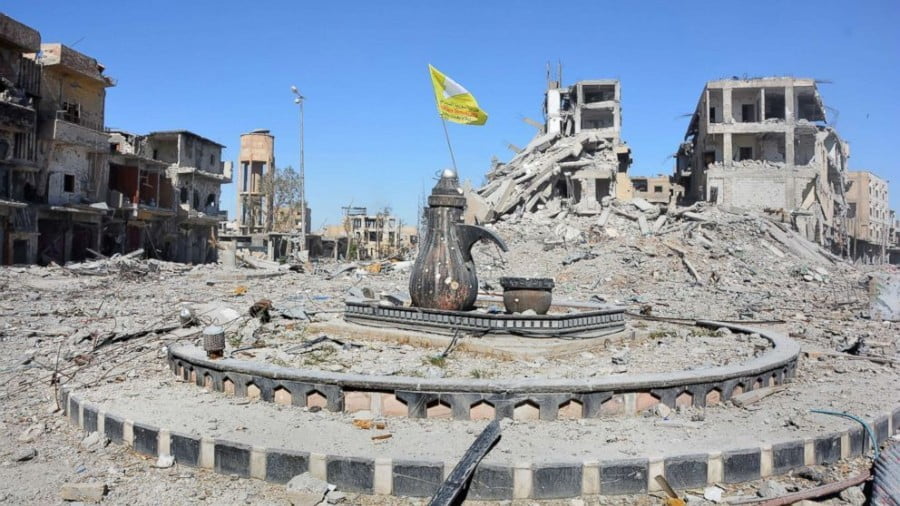 Trump’s surprise announcement that the US will be “coming out” of Syria “very, very soon” probably won’t lead to the full-fledged retreat that some people are expecting, but this tactical downscaling would nevertheless be a response to the “Rojava Civil War” if it does indeed happen, and the influence of Turkey’s looming anti-terrorist intervention in northeastern Syria shouldn’t be left out of the equation either.

The American President made global headlines once again after he seemingly veered off script at a political rally in Ohio by declaring that the US will be “coming out” of Syria “very, very soon” in order to “let the other people take care of it now”. Trump didn’t elaborate, but his surprise announcement came on the heels of Turkish President Erdogan threatening to expand his country’s anti-terrorist campaign into the part of northeastern Syria that the Russian Security Council previously said hosts as many as 20 American bases, which could potentially lead to a “war by miscalculation” between the two nominal NATO “allies” if the American forces remain there during this time and are caught in the Turkish-Kurdish crossfire.

Within a day after Trump’s statement, the Chief of the Main Operational Directorate of the Russian General Staffinformed the world that Raqqa’s native majority-Arab population had begun to rise up against the US-backed Kurds that are in control of the city, thus heralding in the beginning of the “Rojava Civil War” that the author first predicted more than a year ago and which was undoubtedly further provoked by the anti-Arab ethnic cleansing campaign that the Kurds commenced over the summer. It can’t be known for certain, but Russia and Turkey likely have a favorable attitude towards the Arab revolt against the pro-American Kurds because it dovetails with their interest in seeing this disruptive power removed from the agriculturally and energy-rich corner of northeastern Syria.

In addition, President Assad has previously promised to liberate “every inch” of Syria and senior advisor to the Ayatollah Ali Akbar Velayati earlier warned that the “resistance front” would kick the US out from the region, thus putting all four countries on the same strategic page in principle when it comes to this issue despite each of their respective relations with the Kurds in general. Clearly, it’s more important for this four-nation unofficial partnership (informal in the sense that neither Turkey nor Syria publicly acknowledges coordinating with the another) to liberate northeastern Syria than to worry about the sensitivities of Kurdish “federalist”-separatists at this moment, though they each recognize the limits to their policies in this respect and are exercising caution in order to not overstep the line.

The Reality Behind The “Retreat”

The Disaster at Deir ez-Zor in mid-February proved that the US will disproportionately respond to any violation of the so-called “deconfliction line” along the Euphrates River, thus making it impossible for its Russian, Iranian, or Syrian rivals to dispatch conventional forces to liberate this territory. Turkey’s an altogether different story, however, because of its “frenemy” relationship with the US and existing nominal membership in NATO which complicate any potential American response if President Erdogan follows through on his word and expands his country’s anti-terrorist campaign into northeastern Syria. The very real chance of this happening might have played a serious role in Trump’s announcement that the US will leave the country “very, very soon” in order to avoid being trapped in this developing quagmire.

Nevertheless, it’s highly unlikely that the US would just pack up and leave without getting any return on the billions of dollars that it’s invested in this war, especially considering President Trump’s business acumen, so his words should be taken with a grain of salt and not interpreted literally. While the US might indeed downscale some aspects of its occupational forces in the country, it probably won’t completely withdraw because it has a driving interest in maintaining some degree of direct and indirect military presence in this region. This means that some special forces and air units might still remain in a couple of the 20 bases that America reportedly has in this part of Syria, most of which might have realistically never been anything more than a few ragged tents and maybe a runway.

Others, however, could have been the type of fortified facilities that most people ordinarily think of when they hear this word, and it’s here where the US would be most secure in keeping its special forces and air units. Furthermore, these locations (whichever of the 20 reported bases they are) would also function as hubs for training Kurdish forces in “border security” and “anti-insurgency” so that they can more “professionally” patrol the frontiers with both Turkey & the rest of Syria and improve their death squad efficiency in viciously suppressing the Arab rebellion, provided that Turkey doesn’t conventionally intervene in support of the “freedom fighters” at their possible request and throw a wrench into these plans.

It’s unclear at this moment whether the anti-US rebels in Raqqa are pro-Turkey or pro-Damascus, and it’s entirely conceivable that there are different factions representing each of their patrons. The Syrian Arab Army (SAA) might be clandestinely supplying arms and equipment to those located along the eastern bank of the Euphrates, while the Turkish Armed Forces might be doing the same to groups that have yet to rise up along the border. Russia could be assisting the SAA or it might also just be sitting on the sidelines and hoping that the Kurds see it as the most “neutral” of the active parties and therefore the one to “mediate”/”balance” any forthcoming “political solution” if the US “abandons” them.

Iran, for its part, might be reluctant to get too deeply involved out of fear of alienating “nationalist” Arabs & Turkmen and giving the US an “excuse” for remaining in the region to counter it. Moreover, any suspected Iranian moves in this direction might be all that the US needs to “justify” the replacement of most of its occupation forces with its French and Saudi “Lead From Behind” partners (to say nothing of their possible role in staving off an impending Turkish intervention), though the argument can be made that this might happen anyhow even on invented pretexts so it would be wise for Tehran to not let this factor influence its decision making.

In any case, the developing question is what comes next in the event that the “Rojava Civil War” is a success.

As it stands, the PYD-YPG “federalist” Kurds are rebranding their “Syrian Democratic Forces” (SDF) front organization as the “Future Syria Party” (FSP) and supposedly disowning “federalism” for “decentralization” in a last-ditch effort to shore up support among the majority-Arab population living in the northeastern occupation zone. The FSP, just like the SDF, provides nothing more than the illusion of inclusion and is just a smokescreen to obscure the fact that the minority Kurds are trying to control the majority Arabs through the Bookchin-Ocalan “Neo-Marxist” “democratic confederalism” ideology and corresponding “federal”/”decentralized” political structure in de-facto carving out a “state within a state” through the “Bosnification” of the Arab Republic.

Even if the pro-American Kurds are eventually pushed out of the Arab cities and back into their “original” territories, it’ll be difficult – if not impossible – to put this “genie back into the bottle”. That doesn’t imply that a Kurdish “state” is an inevitability, but just that elements of their “federalization”/”decentralization” platforms will probably be incorporated into the country’s upcoming UNSC 2254-mandated “constitutional reforms” just like Russia seemed to suggest through the relevant clauses that it included in the 2017 “draft constitution” that it wrote for Syria. This scenario would provide Russia with an opportunity to “balance” Syria’s post-conflict political parts but at the risk of also leaving open the chance that the US might retain some influence in the Kurdish-dominated one that ultimately remains.

All in all, the five factors that should be monitored in order to get a clearer picture of what will happen next in this sub-theater of the War on Syria are:

* the extent of the US’ conventional military “withdrawal”/”retreat” from northeastern Syria;

* the degree to which the US retains “stay-behind”/”Syrian Gladio” forces in the region (likely Daesh 2.0 and secret PKK-linked groups);

* the level of pro-Turkish and pro-Damascus sympathies among the anti-US rebels and whether their revolt spreads northward from Raqqa to the Turkish border;

* whether Turkey launches a conventional military intervention and/or France & Saudi Arabia dispatch forces to assist or replace the American ones;

* and how the resolution of the incipient “Rojava Civil War” figures into a “political solution” to the overall conflict.

The situation is extremely fluid and there are lots of moving parts, most of which are operating behind the scenes, so it’s very difficult to know exactly what’s going on at any given moment, but by all indications, the latest developments in northeastern Syria point to a new phase of the war, albeit one that’s moving it closer to its inevitable end. 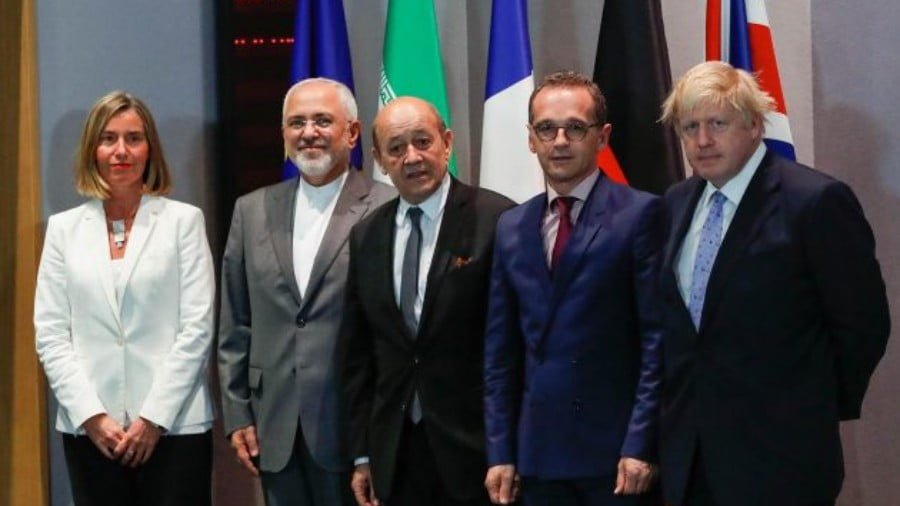 History may one day rule this was the fateful geopolitical moment when the European Union clinched its PhD on foreign policy. Last week, EU foreign policy head Federica Mogherini and Iranian Foreign Minister Mohammad Javad Zarif, announced at the UN a “special purpose vehicle” (SPV) to deal with the Trump administration’s sanctions on Iran after… 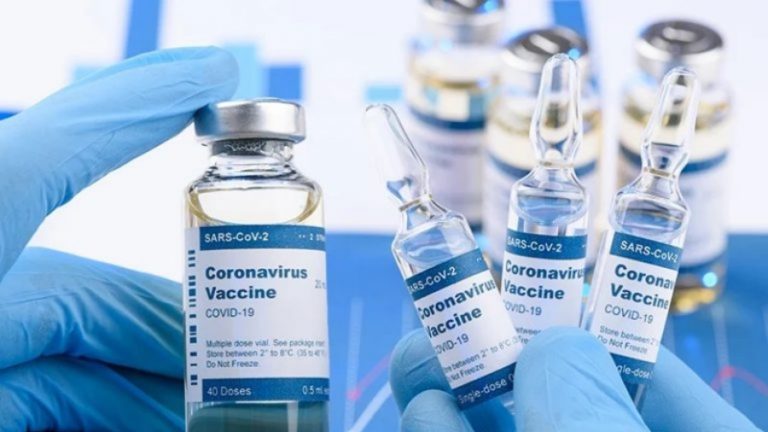 In breaking news today, the U.K. became the first country to issue emergency authorization for Pfizer’s new COVID vaccine, with the first doses being delivered “immediately” and injections expected to begin in the U.K. next week. Pfizer and BioNTech have made history. The two companies’ BNT162b2 has become the first COVID-19 vaccine allowed in the… 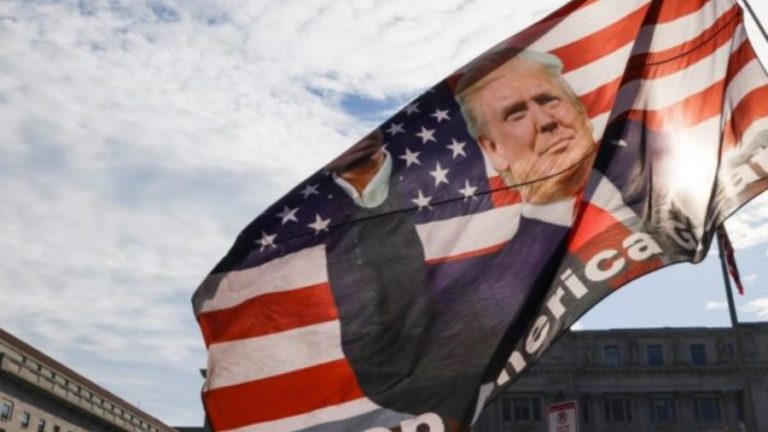 By this time it would appear that a Biden-Harris presidency is a foregone conclusion. Despite multiple allegations of election fraud put forward by Trump’s legal team, the Democrat Joe Biden has been officially recognized by the Electoral College as the President-elect. Nevertheless, the Republican incumbent still has a shot at retaining control of the White…