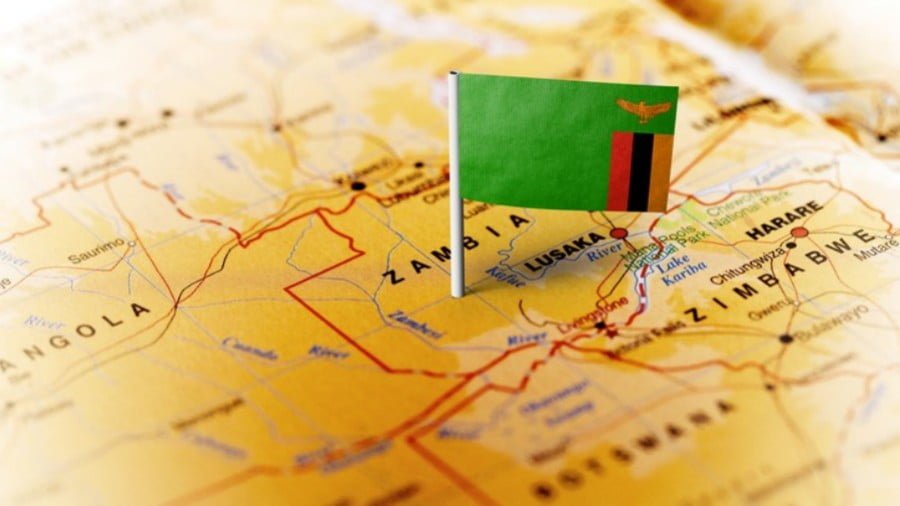 The recent Mainstream Media speculation about the true state of Zambia’s debt might be manipulated by the US to craft the weaponized infowar narrative that the country’s becoming the “African Sri Lanka”, a misleading perception that would be designed to enflame anti-Chinese sentiment as a prelude to the Indo-Japanese “Asia-Africa Growth Corridor” making decisive inroads in this geostrategically crucial Silk Road transit state.

The South-Central African state of Zambia is in the news for supposedly having much larger debts than it publicly claims, which are being used as the basis for the IMF to delay extending another loan to it until it restructures its existing debt to China and comes clean about exactly how much it owes and to whom. Neighboring Mozambique has been embroiled in scandal over the past year after it emerged that it owed much more than it previously claimed, and the prevailing narrative now is that Zambia might be “pulling a Mozambique” by basically doing the same thing. Whether true or not, it’s prevented Lusaka from clinching the $1.3 billion “bailout” loan that it’s been seeking, thus unexpectedly throwing it into a state of macroeconomic uncertainty which will inevitably compound its existing political problems with time.

The country has been in the throes of an off-and-on again low-intensity Hybrid War ever since President Edgar Lungu’s razor-thin victory in the summer 2016 polls, which have since seen him even impose a short-term state of emergency last year in response to a disputed incident that his government claims was proof of the opposition’s intent to overthrow him. Whatever the truth may be, the fact is that Zambia’s political situation is very sensitive right now and any economic reverberations or “credible” speculations thereof from this “Mozambican-like” scandal could embolden the opposition to recommence its destabilization activities. Furthermore, the Zambian economy is already at risk of volatility because of how dependent it is on commodity exports, especially copper, so the government could potentially be facing a serious crisis in the coming weeks if this issue isn’t soon resolved.

That said, a “no-strings-attached” “solution” might be presented by China in potentially loaning Zambia the money that the IMF won’t, though this might be exactly the outcome that the US is anticipating from what might end up being nothing more than a “fake news” crisis. Zambia and China enjoy very close ties that were first forged during the middle of the Old Cold War when the People’s Republic built its first-ever Silk Road in the modern era. The TAZARA megaproject is a portmanteau of Tanzania-Zambia Railway Authority and was designed to relieve the landlocked country’s economic isolation by connecting its copious copper reserves with the Chinese marketplace. Since then, China’s role in the Zambian economy has only deepened, though it hasn’t been without controversy, especially over the past decade when former President Michael Sata was still alive.

This one-term leader served from 2011-2014 but was the main opposition figure for roughly the ten years before then, during which time he earned the nickname of “King Cobra” for the vitriol that he would spew at his opponents, which was sometimes even directed againstChina. He accused his country’s long-standing strategic partner of vicious neo-colonial exploitation because of how its economic and environmental practices were perceived, and his rhetoric was so harsh at one time that China even threatened to cut off relations with Zambia if he won the 2006 election. His victory in 2011 sent chills through Zambia’s Chinese community because of his hostile attitude towards their country, but he didn’tundertake any radical measures like some people expected and therefore retained the strategic partnership between the two states until his untimely death in 2014.

At that time, Lungu was chosen in a special election to continue serving the remainder of Sata’s term, after which he was elected for his own in 2016. Both were decried as “fraudulent” by the opposition, who have since been agitating to reverse their results by any means that they can, including by filing an impeachment proceeding against him late last month. Given the very narrow margin by which he won the vote almost two years ago, Lungu has very little “wiggle room” and understands the high-pressure predicament that any forthcoming economic crisis could politically put him in, to say nothing of what might happen if the neighboring Congo collapses as a result of its much more violent Hybrid War. It’s under these circumstances that Lungu might solicit China for a loan if one won’t soon be forthcoming from the IMF.

Zambia’s growing economic dependence on China would complement its counterpart’s strategic dependence on it in the framework of Beijing’s One Belt One Road (OBOR) global vision of New Silk Road connectivity that envisions the landlocked South-Central African country becoming a Laotian-like “land-linked” one in forming the key inland junction bridging an array of transnational infrastructure corridors. The country’s logistical significance in connecting both coasts of the continent can best be explained by the below map that outlines the main megaprojects involved:

Nevertheless, the tightening of relations between these two historic partners would surely be seized upon by the opposition to allege – likely per the “advice” of the US or after mimicking its narratives – that Zambia is becoming the “African Sri Lanka” because of the speculative risk that it could fall into a massive “debt trap” from which it would could only “escape” after “surrendering” its physical Silk Road assets. Suffice to say, this unfounded but fear mongering storyline might be all that it takes for the political demagogues to marshal a critical mass of “protesters” (rioters) and destabilize the state.

The “constructive chaos” that the US has become infamous for employing could cynically be wielded to deprive China of its irreplaceable transit state in the South-Central African Silk Road by virtue of indefinitely destabilizing Zambia, but a far more “forward-focused” strategy than simply spoiling China’s connectivity vision would be to replace it with its Indo-Japanese “Asia-Africa Growth Corridor” competitor. The interlinked megaprojects that Beijing has a stake in could still proceed and continue to be invested in by China even if the present government is replaced by another Sata-like one as a possible result of this manufactured crisis, but the difference would be that any unfriendliness by the state towards China (even if just rhetorical to satisfy a campaign promise) would by default lead to growing relations with Beijing’s Indo-Japanese “Lead From Behind” rivals.

These could take the form of both Great Powers jointly financing the remainder of these megaprojects or even seeking to displace China entirely in some or all of them if this strategy is taken to its extreme. The furthest that it could go is if a veritably anti-Chinese government comes to power in Zambia and “nationalizes” Beijing’s investments or creates such “legal” difficulties to its operations there that it’s forced to sell its companies and retreat from the market. That, though, is unlikely to happen right away and without some form of struggling that could possibly see China “calling in its debts” and inadvertently fulfilling the “neo-colonial role” that it’s been accused of, thus potentially turning the Indo-Japanese “switcheroo” scenario into a fait accompli. The whole point of putting this multifaceted pressure on China is to get it to overreact and fall for this trap.

It’s too early to assess the veracity of the reports about Zambia’s purportedly massive secret debt, but there’s a high likelihood that this scandal – whether real or imagined – will grow to have anti-Chinese implications on one way or another, whether by blaming Beijing for the existence of off-the-books loans if they’re eventually proven or by claiming that China is engaging in naked “neo-colonialism” if it loans the country even more money in the event that the IMF refuses. Both possible narratives share a common basis in advancing the weaponized infowar storyline that China is turning Zambia into an “African Sri Lanka” by “capturing” it in a “disastrous” “debt trap” irrespective of the infrastructural dividends that it has to show for it. In addition, this could be exploited to enflame already high anti-Chinese sentiment in the country and therefore threaten the government.

The US is anticipating that the end result of any sustainable pressure campaign against the authorities will be Zambia’s geostrategic “rebalancing” towards the Indo-Japanese “Asia-Africa Growth Corridor” in order to offset its supposed “dependency” on China’s New Silk Road. This outcome could be advanced whether or not President Lungu remains in office because he could either make such a move as a symbolic “concession” to the opposition or an anti-Chinese government that potentially replaces him could do so to an even more extreme degree. Both India and Japan are already gearing up to make inroads in this geostrategically crucial transit state, and the developing combination of political and economic crises might be taken advantage of by them to improve their future standing in the state. Whether Zambia manages to artfully “balance” between these two “blocs” remains to be seen, but what’s undoubtable is that the country is becoming more important than ever in the New Cold War. 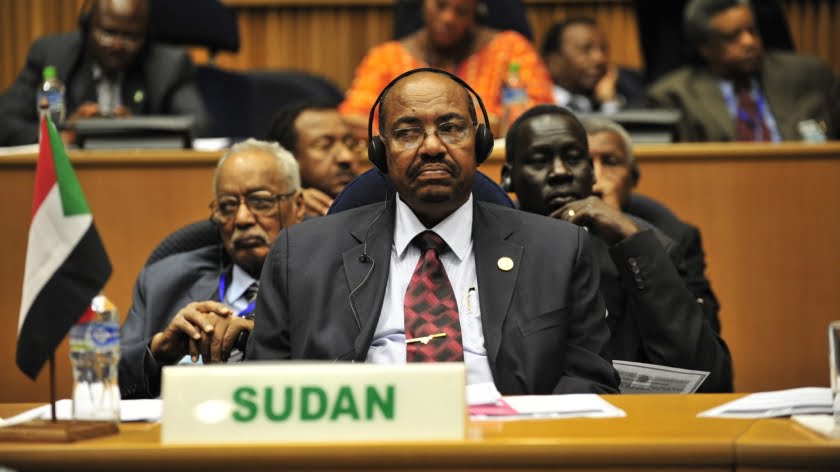 Former US President Jimmy Carter said he would be ready to travel to North Korea for peace talks, if the administration wanted him to go on a diplomatic mission. But President Trump does not appear to be chomping at the bit to grab the opportunity for launching a diplomatic initiative. Recent North Korea’s intercontinental ballistic missile (ICBM)… 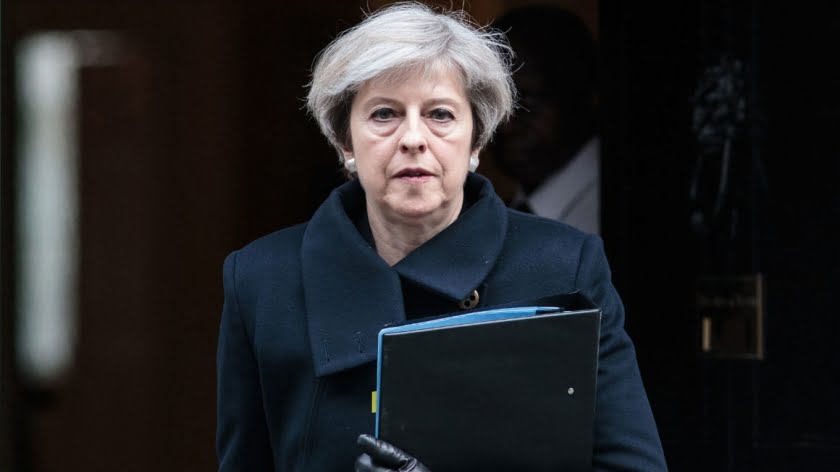