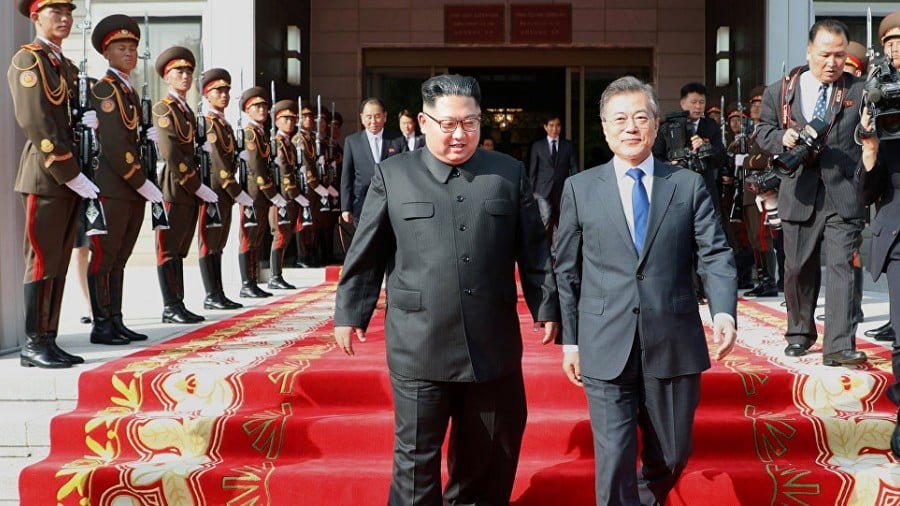 The peace process underway on the Korean Peninsula is taking place in spite of Washington and not because. Indeed given the military-strategic importance of South Korea to Washington’s driving objective of full spectrum dominance, peace and reconciliation between North and South are about the last thing the Empire wants.

The willingness and determination of North Korea’s Kim Jong-un and South Korea’s President Moon Jae-in to proceed in effecting the normalisation of relations undaunted by the Trump administration’s clear attempts to sabotage their efforts — issuing threats and insults against the North Korean leader, making outrageous demands of Pyongyang as a precondition to holding talks, pulling out of the first scheduled peace summit in Singapore on spurious grounds — is testament to their respective people’s desire for reconciliation after decades of strife.

Neocon hawks and US hard power

With neocon hawks such as John Bolton, Mike Pompeo and Nikki Haley occupying key positions within the Trump administration, we have ourselves a White House which is wedded to the belief that diplomacy is for wimps, and that US hard power rather than diplomacy or even international law is the rightful arbiter of international affairs.

On the question of why Washington would be so keen to see the peace process on the Korean Peninsula collapse, the answer is simple: China. It is Beijing rather than Pyongyang occupying prime real estate in the minds of neocons and strategic planners in the US. The need to contain an economy rapidly gaining ground on its US counterpart, along with Beijing’s regional and increasingly global heft and reach, strikes fear in their hearts. It poses a challenge to the Empire’s hegemony, hence the strategic importance of the significant US military presence in and around the Korean Peninsula within striking distance of China.

Investigative journalist John Pilger, in his 2016 documentary ‘The Coming War With China’, issues a compelling and chilling warning of impending conflict in line with the aforementioned US hegemonic objectives. He writes:

“Today, more than 400 American military bases encircle China with missiles, bombers, warships and, above all, nuclear weapons. From Australia north through the Pacific to Japan, Korea and across Eurasia to Afghanistan and India, the bases form, says one US strategist, ‘the perfect noose’.”

This ‘noose’ around China has been put in place as part of a US strategic and military objective predating the Trump administration. His predecessor Barack Obama’s key foreign policy demarche back in 2011 — his ‘pivot to Asia’ — was explicitly undertaken with the containment of Beijing in mind. In the speech he gave in Australia, outlining Washington’s ‘pivot to Asia’, Obama declared:

“The United States is a Pacific power, and we are here to stay”.

Indeed, we are already modernizing America’s defense posture across the Asia Pacific. It will be more broadly distributed — maintaining our strong presence in Japan and the Korean Peninsula while enhancing our presence in Southeast Asia. Our posture will be more flexible — with new capabilities to ensure that our forces can operate freely. And our posture will be more sustainable, by helping allies and partners build their capacity, with more training and exercises.”

The “strong presence” of which Obama boasted in 2011 comprises in 2018 close to 30,000 US troops on the Korean Peninsula, supported by multiple squadrons of fighter and fighter-bomber aircraft, along with the recently deployed THAAD anti-missile defense system. It includes a further 50,000 US troops based in and around Japan, along with a Navy carrier strike group of the US Seventh Fleet. This, of course, is without mentioning the nuclear submarines that are constantly patrolling the region.

Fidel Castro, in his time no stranger to the Empire’s malign reach, reminds us that “Each [US] military base is a dagger stuck into the sovereignty of a nation; each base is sovereignty suppressed.”

In January of this year the Trump administration outlined its National Security Strategy, which included the following frank, if bombastic, proclamation:

“China and Russia challenge American power, influence, and interests, attempting to erode American security and prosperity. They are determined to make economies less free and less fair, to grow their militaries, and to control information and data to repress their societies and expand their influence. At the same time, the dictatorships of the Democratic People’s Republic of Korea and the Islamic Republic of Iran are determined to destabilize regions, threaten Americans and our allies, and brutalize their own people.”

Penetrating the fog of unreality perpetuated by the aforementioned passage, we arrive at an alternative much closer to the truth. To wit:

“China and Russia are challenging US hegemony, domination, and imperialism as never before, attempting to forge a multipolar alternative. They are determined to restore the principals set out in the UN Charter — i.e. respect for national sovereignty and international law — as the bedrock of world affairs. Due to the threat posed by US and Western military aggression in recent years, they have been forced to grow their militaries, while responding to Western domination of the news narrative with the introduction of their own global media platforms. At the same time, the Democratic People’s Republic of Korea and the Islamic Republic of Iran continue to offer regional resistance to US imperialism, which has been the catalyst for instability and, with it, an upsurge in regional and global terrorism.”

The weight of evidence makes clear that peace and reconciliation on the Korean Peninsula, rather than a welcome development after decades of conflict, tension, and strife, is the last thing Washington wants. It is a process driven exclusively by the Koreans themselves, in turn forcing the Trump administration to follow with what passes for support and endorsement. South Korea’s President Moon Jae-in is deserving of special praise for his refusal thus far to kowtow to Washington, forcing the Trump administration to continue articulating public support, even while knowing that every step towards peace and reconciliation is tantamount to a weakening of wider US military and strategic objectives when it comes to the region.

In a very real sense, therefore, this peace process — leading perhaps ultimately to Korean reunification — brings closer the day of Seoul’s liberation from its status as a US vassal. Until then President Moon Jae-in would be advised to treat Trump’s smiling endorsement with due skepticism.

After all, “There’s daggers in men’s smiles.” 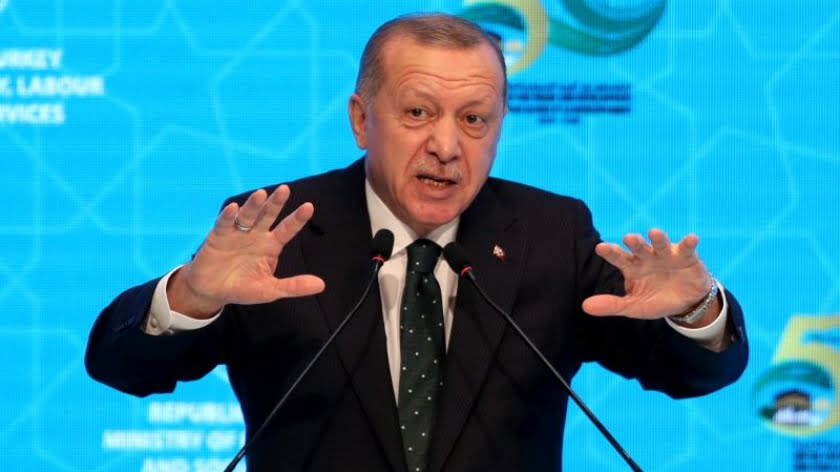 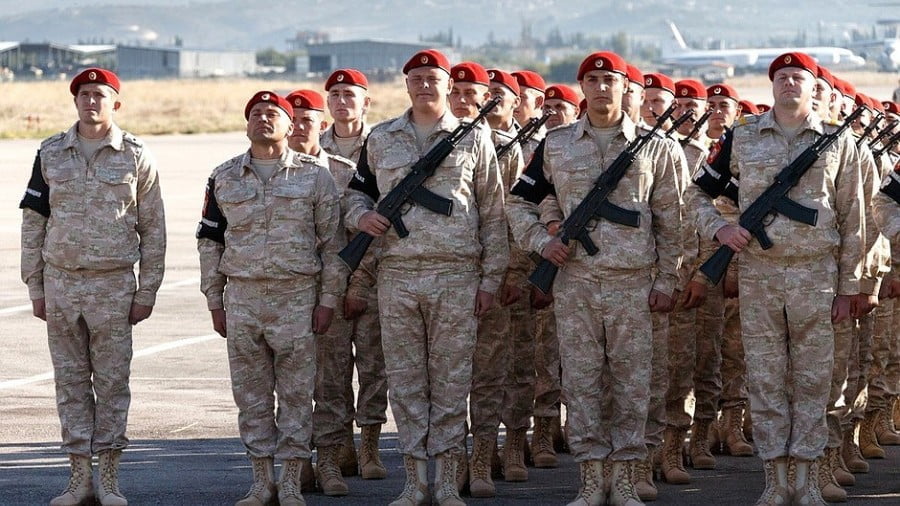 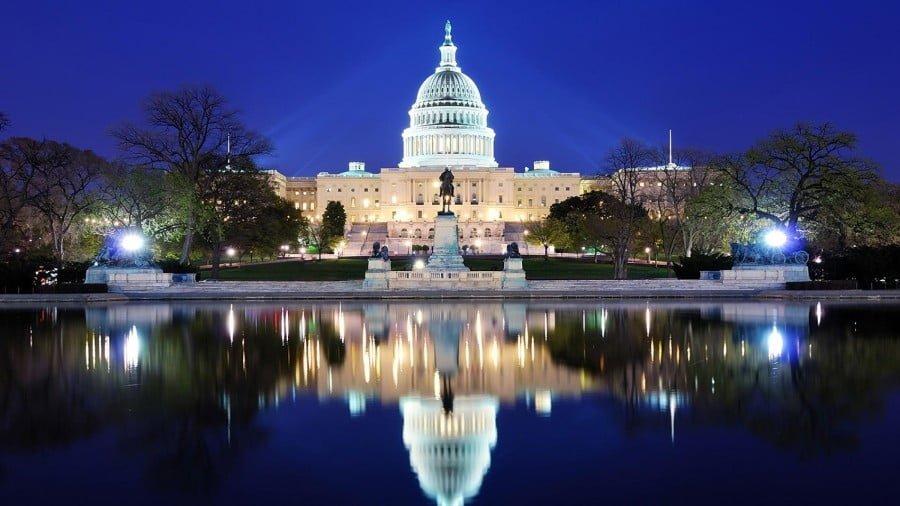