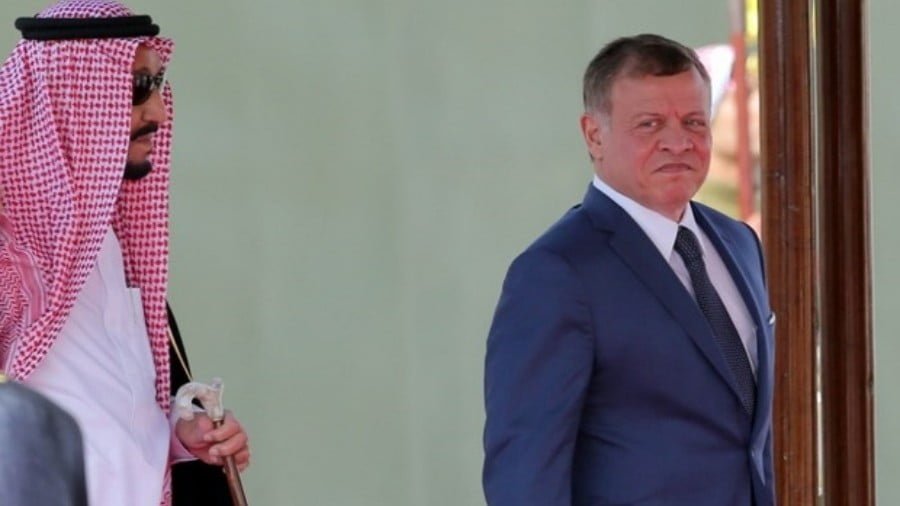 In December 2004, King Abdullah of Jordan inaugurated the modern sectarian era by warning the US and Arab allies of a “Shia crescent“, a relentless Iranian crusade to subvert and dominate the Middle East. That prophecy was fulfilled, with the resultant Sunni-Arab coalition helping fuel a new wave of tensions and conflict with Iran.

Yet two weeks ago, Abdullah shocked many by shaking hands with the Shia nemesis. His meeting with Iranian President Hassan Rouhani during the Organisation of Islamic Cooperation summit in Istanbul was barely mentioned by Jordan’s press, for good reason. As vanguard for the Sunni-Arab coalition, Abdullah had long framed Iran as the mortal foe of the Arab world. With Amman’s political salons buzzing, though, the royal palace gave no explanation.

This about-face is significant for the same reason that Abdullah’s refusal to shake hands with Saudi Crown Prince Mohammad bin Salman during April’s Arab League summit was controversial. Jordan’s geopolitical world has turned upside down since 2016, as a US-Israeli-Saudi axis has come to dominate regional affairs.

Jordan has no place in this new order, leaving it scrambling for new alliances to survive. In this profound irony, the oldest critic of the Shia crescent may well become its newest friend.

Jordan’s regional position flows from historical context. Most states hope to thrive; Jordan is lucky to survive. It gained sovereignty 70 years ago with no natural resources and a contentious society chafing under its imported monarchy. Its sole asset was location, as the virtually landlocked kingdom flanked Israel and geographically connected all the Mashreq to the Arabian Gulf.

Its leadership learned to hitch onto the ambitions of the US and regional powers, who needed a stable client state to monitor frontline crises and guide nearby interventions. In return, Jordan reaped the aid, arms, and protection necessary to fuel its economy, sustain its army, and build functional state institutions.

This survival imperative explains major shifts in Jordanian foreign policy, from the 1994 peace treaty with Israel to past anti-Iran alarmism. For decades, it also meant Jordan was a keystone to regional stability – partner to Israeli-Palestinian peace, voice of the Sunni-Arab coalition, and core American ally.

Proximity also allowed Jordan to be a major staging ground for the anti-Islamic State group (IS) campaigns in Syria and Iraq. The Obama administration appreciated this loyal service; between 2011 and 2017, Jordan received an annual average of $1.2bn in US economic and military assistance, alongside significant funding from the Gulf.

However, this strategy was based on the assumption that outside powers would need Jordan to resolve their crises. This is no longer the case as a new trilateral US-Israeli-Saudi axis has ascended on the regional stage. Mohammad bin Salman, the Trump administration, and Israel’s Benjamin Netanyahu – all Jordanian allies on paper – broadcast the same sectarian rhetoric that King Abdullah once did. However, their shared vision consigns Amman from the centre to the periphery of the regional equation by upending the Palestinian question and seeding unsustainable conflicts.

First, as the Jerusalem controversy showed, the US-Israeli-Saudi axis has all but killed the two-state solution, allowing Israel alone to dictate the Palestinians’ fate. This existentially threatens Jordan. Two-thirds of its population is Palestinian, and though most are Jordanian citizens, painful debates about nationality and origins evoke enough memories of the 1970 civil war as to be taboo.

Since the Oslo Accords, the monarchy has mediated Israeli-Palestinian relations with the assumption that an independent Palestinian state would form. Through the right of return, this would redefine Jordanian nationality, convince many Palestinians to depart, and terminate the Likud party’s fantasy of Jordan being an “alternative homeland” for Palestinians.

The US embassy move to Jerusalem razed this goal, putting Jordan in permanent demographic and strategic limbo. Public opinion, already enflamed following the July 2017 murder of two Jordanians at the Israeli embassy, now sees the monarchy as incapable of securing Jordan’s own backyard. This may be true, but not for lacking of trying.

Abdullah could not dissuade MBS when he visited Riyadh in December, who, as the plan’s backer, instead demanded acquiescence. Abdullah visited Washington four times in 2017, reminding the Trump administration of Jordan’s longstanding loyalty and Hashemite custodianship over Jerusalem’s holy sites.

But nothing worked. The Jordanian king vented his anger when US Vice President Mike Pence visited Amman in January, but the new reality is irrevocable. However the “deal of the century” comes about, Jordanian input is neither solicited nor welcomed by its American, Israeli, and Saudi architects.

On the second losing front, Saudi Arabia has relegated Jordan down the geopolitical pecking order. Since the Arab Spring, Cairo, Damascus, and Baghdad – the traditional centres of pan-Arab politics and Islamic civilisation – have been sidelined by conflict and stagnation.

Riyadh now holds the balance of power, and it has bullied those with alternative ideas about regional stability. The Qatari embargo is the most blatant example, but Jordan has also been targeted.

Jordan rode the winds of the ascendant Gulf early on, even considering joining the Gulf Cooperation Council during the Arab Spring. However, MBS’s policy initiatives treat Jordan as a junior subordinate at best, resulting in a costly pattern: Jordan resists strong Saudi suggestions, triggering petulant retaliation.

After the king’s tense December visit over Jerusalem, for instance, Saudi authorities detained visiting Jordanian-Palestinian businessman Sabih al Masri, whose Arab Bank is Jordan’s top financial firm. This message of intimidation was followed by royal intrigue in Amman, when Abdullah dismissed three close relatives from the military amid rumours of Saudi contacts.

Jordan’s interests have been most ignored in Syria. The Assad regime has all but won this tragic war. Despite Jordanian efforts to accept a stable status quo, the trilateral axis trumpets the right of future intervention, especially against Iranian forces. Unlike IS, which Amman eagerly helped obliterate, the Assad regime inherently does not imperil Jordanian stability.

Yet keeping Syria in open conflict does because it perpetuates the economic struggle of sheltering a million refugees and requires policing borders as if besieged. Jordan has hence quietly reached out to Assad for the past year, sending royal emissaries and intelligence officials to Damascus to help re-normalise ties. In this task, Russia proved far more helpful than the US, which in April backed Israel’s heaviest missile barrage into Syria yet.

These geopolitical inversions are dangerous but perhaps inexorable. Jordan’s importance never stemmed from size and power, but rather the ability to convince willing external allies that it could help protect their interests.

With the US, Israeli, and Saudi leadership no longer seeing Amman as central to their interests, it may be simply regressing back to a natural state of being – a diminutive and poor kingdom at the mercy of great powers.

Yet such regression has spurred the Jordanian leadership into recalibrating its own foreign policy. The OIC handshake with Iran may herald dramatic changes in the coming year, changes that challenge regional order by thrusting Jordan far outside the trilateral axis’s goodwill.

Jordan may not only entertain Iranian relations, but also fully normalise with Syria, continue rejecting Jerusalem as Israel’s capital, side with Qatar against its embargo, and secure new patrons like Turkey.

Such strategies will not make the kingdom more influential, but they will ensure survival – and that is the only goal that matters, particularly in the wake of recent social unrest.

Yet while US aid remains steady for now, Jordan’s downgrading by Saudi Arabia showed with the latter’s refusal to renew the five-year GCC aid programme that shored up Amman through 2017. This left the kingdom burdened by refugees, bereft of new aid donors, and beholden to IMF mandates to whittle down a massive debt the size of its GDP.

The result has been financial austerity, with the government cutting numerous subsidies and tightening its tax system, and in turn popular anger on a scale not witnessed since the Arab Spring. When the price of bread nearly doubled in January, for instance, numerous protests erupted.

Wednesday’s massive strike by professional unions attacked the proposed tax overhaul, which curiously would not affect most working Jordanians: the new law still exempts individuals making no more than JOD 8000 ($11,272) annually, a generous exclusion given that the average salary is JOD 5400 ($7,644).

The real heart of public outrage is not about tax brackets, but something far broader – the notion of the state radically scaling back its end of the social contract and not providing anything in return. From the monarchy’s perspective, it has little choice. Nonetheless, the prospect of more social turmoil makes the search for a new geopolitical conduit to survival even more pressing.

Photo: Saudi Arabia’s King Salman bin Abdulaziz al-Saud and Jordanian King Abdullah II attend a welcome ceremony at the airport in the Jordanian capital Amman on 27 March 2017 ahead of the 28th Summit of the Arab League (AFP) 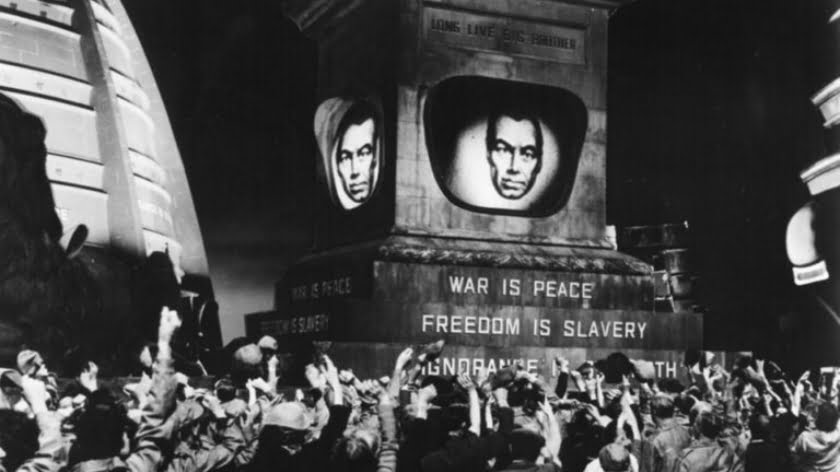 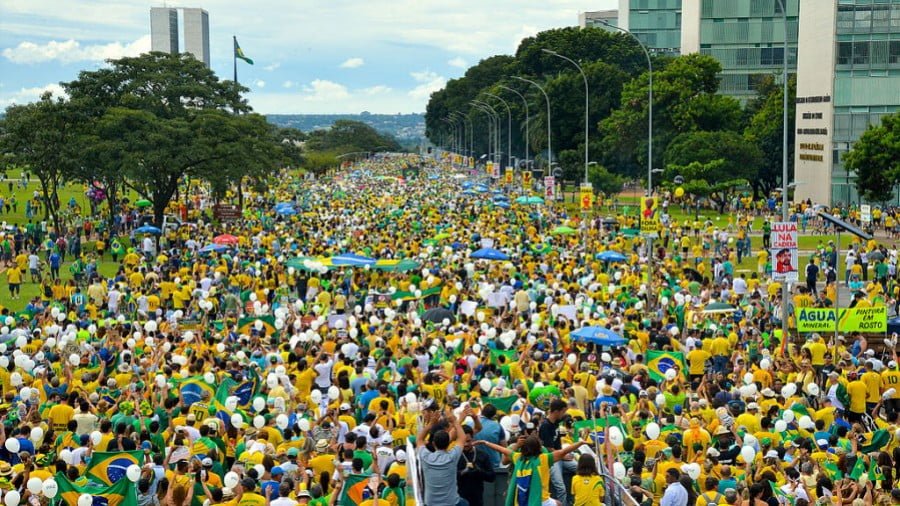 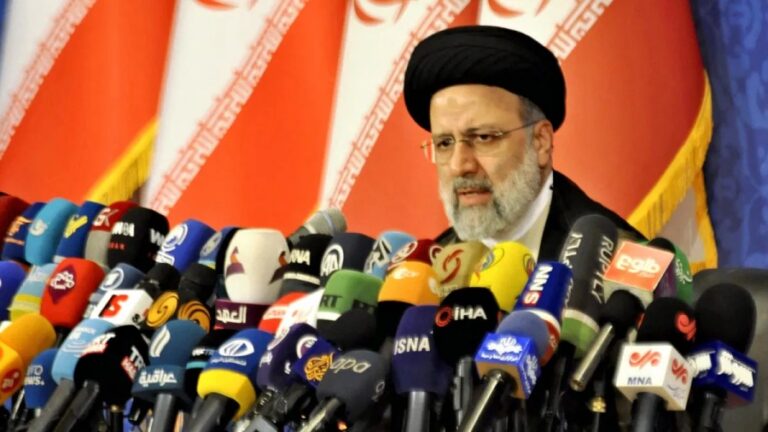 In his first press conference as President-Elect with 62% of the votes, Ebrahim Raesi, facing a forest of microphones, came out swinging and leaving nothing to the imagination. On the JCPOA, or Iran nuclear deal, the dossier that completely obsesses the West, Raeisi was clear: the US must immediately return to the JCPOA that Washington… 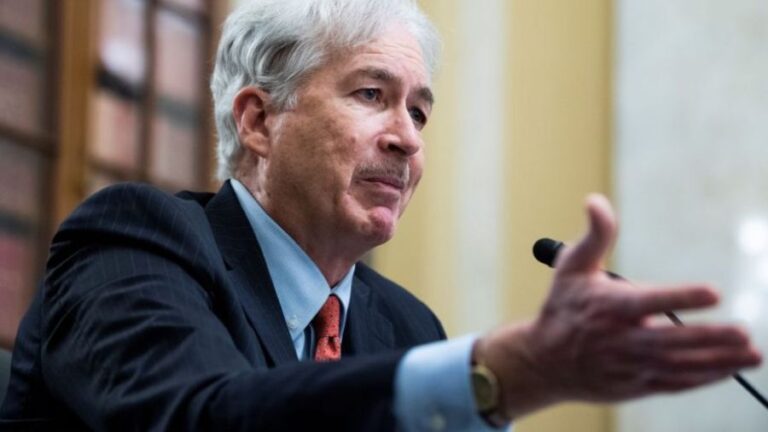 Zelensky would have been told, “Regrettably, we may not be able to protect you”, Finian Cunningham writes. So CIA boss William Burns made a secret trip to Kiev in January last year to warn Ukrainian President Vladimir Zelensky that his life was in danger from assassination. The clandestine meeting occurred only weeks before Russia launched…