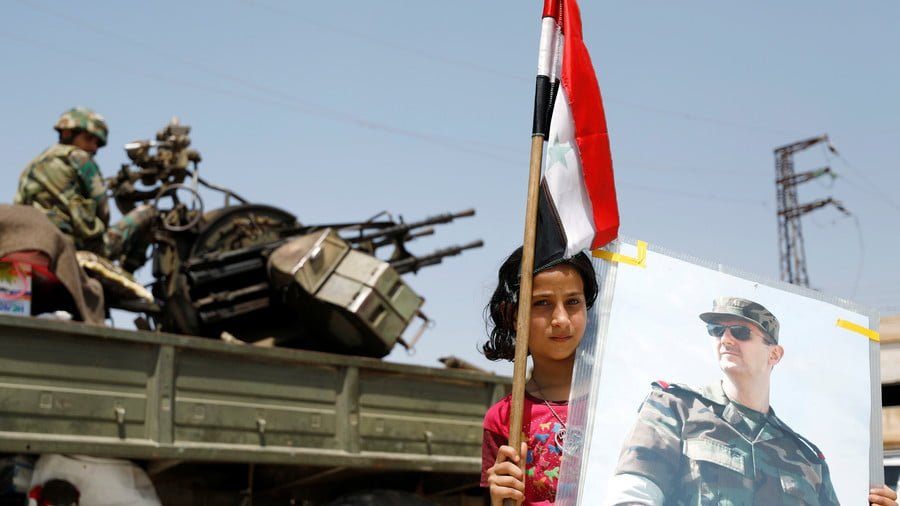 The war in Syria has lasted more than seven years, bringing with it a devastation and bloodshed which has thrown a prosperous and stable Middle Eastern nation into chaos and uncertainty.

In the West we are used to reading a history of such conflicts written by the victor. The imperialist narrative is the dominant one. History is distorted to preserve the perceived moral prowess of the conqueror.

The reality is this: A proud nation is brought to its knees by sanctions, hostile media attention and the inevitable military campaign waged directly or indirectly via proxy forces chosen from viable opposition elements. Power is multiplied by the US and her partners in the UK and France with assorted NATO-member vassal states hanging onto their coat tails.

Crimes against humanity are glorified in Hollywood. The dirty underbelly of these lawless, vigilante military campaigns is concealed beneath the mantra of “democracy.” What does it matter if Libya’s Muammar Gaddafi was sodomized and murdered, publicly torn apart, if it was done to make the world a “better place”?

History will omit the fact that Libya is now a den of iniquity, a failed state battling slavery, mass migration, prostitution, drug cartels and the inevitable sectarian, extremist warlords who rule mafia-style over the vanquished nation. Hell, this is “Democracy”!

I guess, for the American exceptionalist nation, bombing to bring peace has its downsides after all, but history will put that right when it’s written by the perpetrators who heaped universal misery on the Libyan people in the sacrosanct name of “democracy.”

Syria is another story. The Syrians have confounded the US and its allies. At every turn, every plan B, Syria has responded with unity, resistance and pride in its independence and territorial integrity. Syria has upheld international law, it has called upon its historical allies and they have responded, to the consternation of the Western policy designers. The multitude of aligned narrative-pushers and history-writers cut their Syrian cloth long ago, but they failed to incorporate the rich tapestry of Syrian society which has survived centuries of foreign invasion and influence and emerged victorious.

While history-writers in the West have been poised to sketch the fall of the Syrian government – torn asunder by the prefabricated ‘Arab Spring’ uprising – the Syrian people have pushed back against the stream of invective that threatened their secular existence, their right to determine their own future. They have refused to succumb to the narrative concocted for them by the war hawks and the neocons in Congress. The Syrian people have fought back and sacrificed everything to make their history their own.

What we see now is a desperate scramble by the policy-makers in the US, aided and abetted by their aligned media, think tanks and policy institutions, to respond to the truth expansion that is stealing their lies and burying them beneath an awakened public consensus. What can they do to regain the moral high ground? They built their foreign policy hopes on a morass of extremist and terrorist groups which have converted Syria’s landscape into a shattered, craggy lunar warscape, littered with reminders of the US coalition’s failure to bring this proud nation to her knees.

The history-writers are floundering, their ability to respond is flailing under fire from quarters they never expected to have ammunition. Comments have been selectively removed from the ‘Comment is Free’ Guardian – in some cases comments are not allowed at all. The history-writers don’t like their version of events being corrected and contradicted by a Western ‘Media Spring’ uprising that is not funded by the state but is a genuine expression of disgust at the lies being marketed as “truth.”

Recently, a number of the history-writers have attempted a counter coup to suppress the ‘Media Spring’ storm which threatens to engulf them. Kristyan Benedict, Amnesty International UK’s campaign manager battled furiously against logic and rational debate on Twitter with little support or success:

I am a #Syrian citizen. I have not authorized you or your colonial regimes to speak for me. #Assad is our democratically elected president. We the #Syrians love him & support him. He is not killing his people. He is saving his people from you & your terrorists.#FromSyria🇸🇾

Benedict retreated into the corner these history-writers have drawn onto their “humanitarian” road map to war, and from there he tried to fling the default ad hominem, narrative-defense missiles – “conspiracy theorist, Assadist, Putinist,” any kind of “ist” that reduces a logical examination of fact down to the lowest form of bias, even when arguments are being made by Syrians against the prevailing narrative. They are, after all, the ‘wrong kind of Syrian.’

During this skirmish, @JJScott made a very important point that was utterly ignored by Benedict because it would mean diverting history into an area where the mainstream narrative is deprived of oxygen. Scott mentioned that prior to 2009 it was almost impossible to find negative criticism of President Bashar Assad.

Kristyan, Are you capable of a tiny bit of critical thinking, do you have no curiosity? There is nothing negative about Assad before 2009, the 'Syrian civil war' was yet another set up, like all the others, evidence is all around, how can you not know? Assad's mates before 2009 pic.twitter.com/vNtmPiDzdU

I also responded with the supporting argument that, in 2003, Tony Blair had communicated to George Bush – the hope that perhaps Iran and Syria could avoid the fate of Iraq by accepting a “different relationship,” a relationship that was soured when President Assad proved he was no stooge for the West and said “no” to a variety of the deals the West considered to be slam-dunk.

One of those deals was acceptance of the Qatar-Turkey oil pipeline over the Iranian (Russian preferred) pipeline. President Assad refused. What? “We don’t offer knighthoods to independent thinkers & visionaries, we crush them,” would have been the thought-bubble hovering above Blair’s knitted brow at that point.

Tony Blair to Bush – after #Iraq invasion 'give #Syria a chance at "different" relationship' – all went wrong when Pres. Assad said "NO" to US backed Qatar/Turkey pipeline among other stances that did not comply with U.S Unipolarity & hegemony of vassal states in region. pic.twitter.com/4D7qfznQRb

Despite all evidence of the Syrian ‘Arab Spring’ being fomented and incubated well before its emergence in 2011, a couple more history-writers have even tried to float the concept that the invasion of Syria was never in the top drawer of the ‘intervention filing cabinet’ in the US.

Ex-Guardian history-writer Brian Whitaker, who had a good innings rewriting Libya’s tragic history according to the Western guidelines, has done his utmost to repeat the exercise on Syria. One of his most recent forays into the Twitter public sphere entailed the claim that “regime change” was never a plan for the neocons in Congress, or the Tories and Blairites in the UK Parliament.

It was just one of those uprisings that emerged organically from grassroots unrest and dissatisfaction, and the uprisers conveniently happened to have a couple of TOW missiles under their beds for just that kind of occasion. Like so many history-writers, Whitaker stuck to his guns but was seen running for cover under a barrage of fact and evidence from an increasingly dismayed and disillusioned public.

Is Whitaker for real? How about UK plans for regime change? As reported by Roland Dumas – Plus mountain of evidence pointing to West’s role in fomenting “revolution’ https://t.co/TitWoUF7yx

Another pro “Syrian revolution” history-writer at Mother Jones, Shane Bauer, attempted a similar tactic of denial of imperialist designs on Syria, but he retreated more rapidly under a hail of derision and deleted the tweet, we believe.

The infamous, multi-million-dollar propaganda construct, the White Helmets were fashioned by NATO member states and Qatar to revise Syrian history in the image of their creators. The White Helmet’s Oscar nominated ‘Last Men in Aleppo’ movie, erased Al-Nusra Front, Islamic State (IS, formerly ISIS) and more than 50 splinter factions of sectarian, extremist armed-to-the-teeth militants in East Aleppo and replaced them with the ‘fire-breathing dragons’ of Syria and Russia who ‘consumed Syrian civilians’ in their rampage towards “retaking Syria” – for Syrians, as it turns out.

More than 120,000 civilians from East Aleppo fled the White Helmets and Al Qaeda-led occupation for the safety of the Syrian government in secure West Aleppo during the liberation in December 2016. But Hollywood has airbrushed this inconvenient truth along with a plethora of others in favour of a sanitized history freed from a reality of US criminal intent in the region.

In 2006 an article appeared in TIME entitled ‘Syria in Bush’s Crosshairs.’ “The Bush Administration has been quietly nurturing individuals and parties opposed to the Syrian government in an effort to undermine the regime of President Bashar Assad. Parts of the scheme are outlined in a classified, two-page document that says that the US already is ‘supporting regular meetings of internal and diaspora Syrian activists’” in Europe. The document bluntly expresses the hope that “these meetings will facilitate a more coherent strategy and plan of actions for all anti-Assad activists.”

“We know they sent in the CIA, to overthrow Assad.”

There is a history of CIA interventions in Syria stretching back into the last century. If any of these history-rewriters actually bothered to read history they might find it rich in source material but it goes against the grain to consider historical fact when their version of “history” depends upon it being relegated to conspiracy theorism.

The current geopolitical somersault being executed by the history-writers in the US is Donald Trump’s apparent willingness to “cut a deal” with President Vladimir Putin in Syria in what appears to be an attempt to weaken Iranian influence in the cradle of resistance against to Western meddling.

The regime change project is a failure and now we see the damage-limitation teams being deployed. History must not register a defeat, it must be recalibrated for the US alliance to maintain a veneer of respectability. The “glorious, upstanding” US coalition must not be seen limping from the battlefield.

The history-writers are effectively feeling the impact of having the pen wrested from their grip by those who will reveal the hidden facts, context and diverging views. History is being rewritten by the people who denied the history-shapers their victory, it is being written by those that US ‘history’ would have us dehumanize, discount, marginalize. It is being written by the true conquerors in Syria who will ensure a kinder history for humanity in the future. 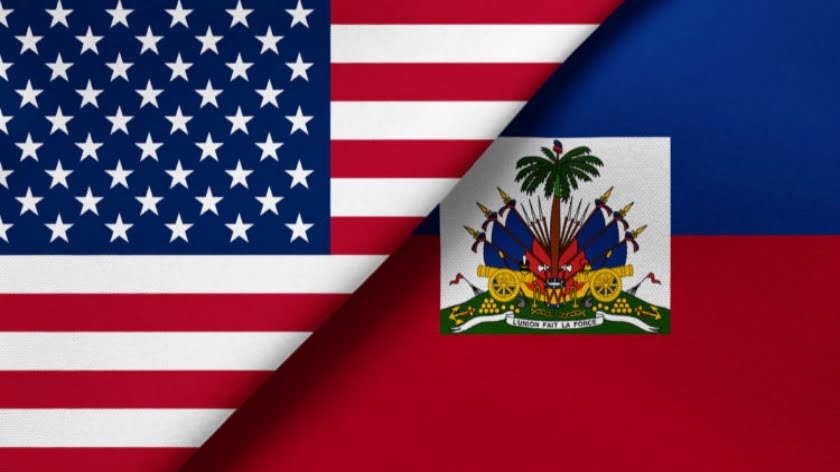 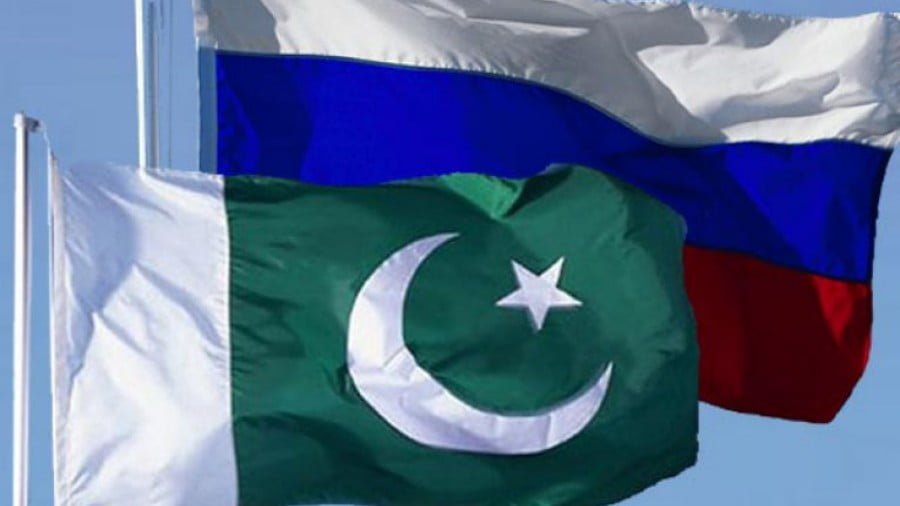 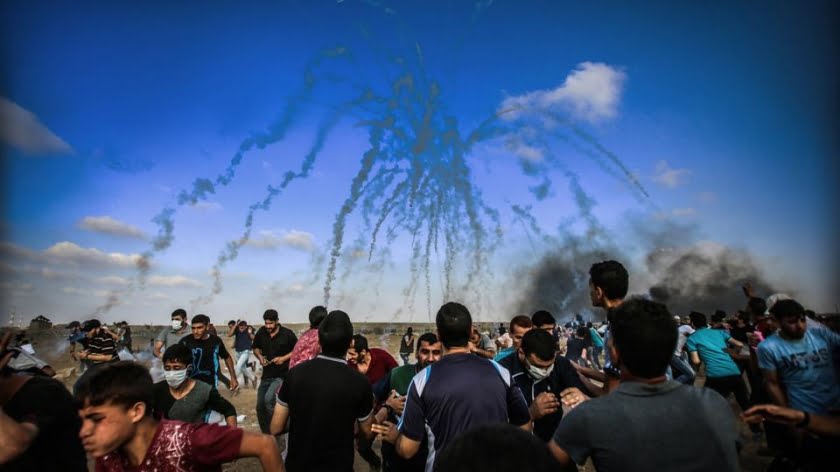 The aims of the Great March of Return protests, which began in Gaza on March 30, 2018 are to put an end to the suffocating Israeli siege and implementing the Right of Return for Palestinian refugees who were expelled from their homes and towns in historic Palestine 70 years earlier. But there is much more…