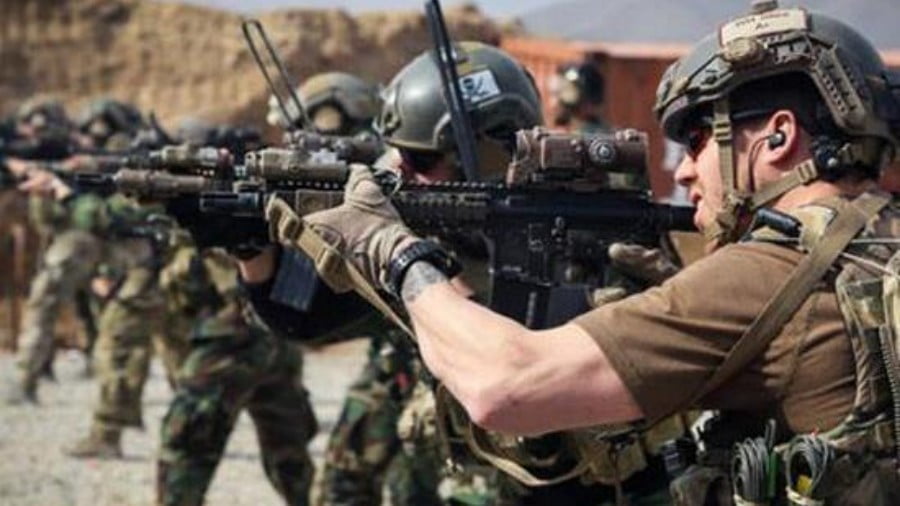 “Democracy dies in darkness.” That’s an old saying that The Washington Post recycled as its motto at the dawn of the Trump era. Truth is, the journalists at the Post don’t know the half of it; nor do they bother to report on the genuine secrecy and increasing lack of transparency in the Department of Defense. Nothing against the Post—neither do any of the other mainstream media outlets.

But it’s true: Right under most Americans’ noses, the military has become more opaque over the last several years. Now, few outlets cover foreign policy with any particular gusto—after all, there’s so much to say about Stormy Daniels or the Brett Kavanaugh drama. But this trend should concern all citizens.

Thing is, what the U.S. military is up to on any given day is done in your name. If civilians are killed, locals alienated or civil liberties restricted, then the global populace, including concerned U.S. citizens, aren’t going to fix blame solely on the armed forces … they’re going to blame you! If for no other reason than this, citizens of an—ostensible—democracy ought to be paying attention. The military is a fierce, potentially brutal instrument, and anyone who cares about liberty ought to watch it closely.

Only that’s getting harder and harder to do in today’s political climate. On one issue after another the U.S. military has recently intensified its secrecy, has classified previously open information and has suppressed any remaining sense of transparency. Don’t just take my word for it: This week a relatively mainstream congressional Democrat, Adam Smith—a ranking member on the House Armed Services Committee—wrote at length on this very topic.

Make no mistake, these trends are long-standing and gradual. So, what follows is not some vacuous liberal attack on President Trump, who remains, for legal purposes, and so long as I remain in uniform, my commander in chief. Still, the time is long past when someone needs to scream from the proverbial mountaintop about America’s expanding empire of secrecy.

Though there are plenty of examples to review, there’s something else to keep in mind: The military isn’t some monolithic monster. It’s far more discreet than that, and so are these trends, so watch closely. Evidence abounds. Soon after the inauguration, the military—which had long recognized and planned for the existential threat of climate change—received guidance to all but purge the term from its reports. It was to be replaced with more nebulous (and inaccurate) phrases, such as “extreme weather.”

Then there’s the minor matter of the war in Afghanistan and its progress—after, you know, 17-plus years. One of the key benchmarks or metrics for progress has been the success or failure of the Afghan National Security Forces (ANSF). Well, for years the DOD released annual casualty figures for the ANSF, and the trends were alarming. Afghan Security Force casualties are frankly unsustainable—the Taliban are killing more than the government can recruit. The death rates are staggering, numbering 5,500 fatalities in 2015, 6,700 in 2016, and an estimate of “about 10,000” in 2017. The reason we’re not sure about the exact count last year is because that data—admittedly at the request of the Afghan government—has been newly classified. This seems absurd. How can the legislature or the public determine the viability or prognosis of America’s longest war without such key statistics? The short answer is, it can’t. And so, the war drags on…

What’s more, the military’s historically uneasy relationship with the press has also further chilled. As Rep. Smith reported, and complained about, the DOD had issued edicts to curtail or discourage officers from providing candid assessments on readiness challenges, the control of nuclear weapons and other key appraisals. Only after a prolonged public outcry were these once-common press interactions partially reinstated. Nevertheless, this all points to an alarming trend of apparent furtiveness.

There are other examples to add into the disturbing mix. The Navy has stopped publicly posting accident reports. Also, at a time of exploding, record defense budgets, once routine public reports on the cost, schedule and performance of expensive weapons systems have, since 2017, been labeled as “For Official Use Only”—which keeps the data from the public through an ever-expanding regime of “over-classification.” Without such public releases, the populace and their elected representatives cannot effectively scrutinize what President (and five-star General) Eisenhower aptly labeled the “dangerous” military-industrial complex. Is that the point? Let’s hope not.

Then there is the internal censorship within the military’s computer networks. Recently, credible, left-leaning websites such as Tom Dispatch and The Intercept have reportedly been blocked on many government computers. The reason provided in the firewall warning message is the existence of “hate and racism” on the two sites. Now, many readers, and even more American citizens, may not like the content of these publications—which is fine—but anyone who has even briefly read anything on these sites can vouch for one salient truth: There is absolutely nothing hateful or racist at Tom Dispatch or The Intercept. These publications are professionally edited and reviewed, and, indeed, are unique in that they focus on long-form analytical essays.

It appears that the only crime of these sites is that they are, indeed, left-leaning. Need proof? Well, guess which genuinely racist, conspiracy-theory-peddling websites are not blocked? You guessed it: Breitbart and InfoWars. Heck, even Facebook and Twitter have taken steps to ban Alex Jones’ InfoWars from their social media sites. So, there’s only one major conclusion to draw: Genuinely shocking and offensive right-leaning publications are just fine; meanwhile, even credible, respected left-leaning sites are apparently a threat. This sort of rank partisanship is disturbing from a purportedly apolitical organization like the DOD.

Now, there are no doubt times when tactical necessity requires secrecy in military operations. I’ve lived at the sharp end of that spear, and do not discount its occasional inexorability. That said, much of the move away from transparency has little to do with combat, so to speak, and more to do with politics. We, the citizenry, trust our military with immense responsibility, but as a supposed democracy, that same military ought to be accountable to Congress and to the public. These days, that seems ever more like a distant fantasy.

This all matters. America has a choice. It can be an empire—or it can be a genuine republic. It may not be both. 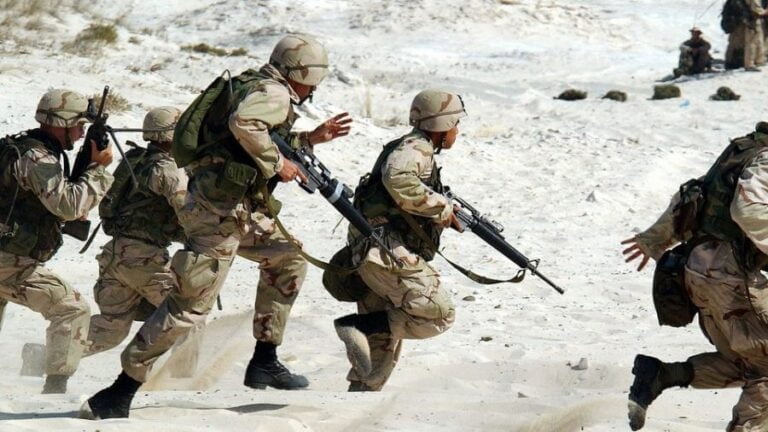 Asked if the U.S. should send troops to fight beside the Ukrainians, Sen. Chris Coons, D-Del., said Sunday the time may have come. Russian President Vladimir Putin “will only stop when we stop him,” said Coons. “We are in a very dangerous moment where it is important that … we in Congress and the administration…

For the past three years, President Trump and his CIA director and then Secretary of State Mike Pompeo have been trying to abandon their country’s imperialism and replace it with an economic strategy. This supposes that Washington can still be the world leader provided it has a powerful army and energy autonomy. Donald Trump has… 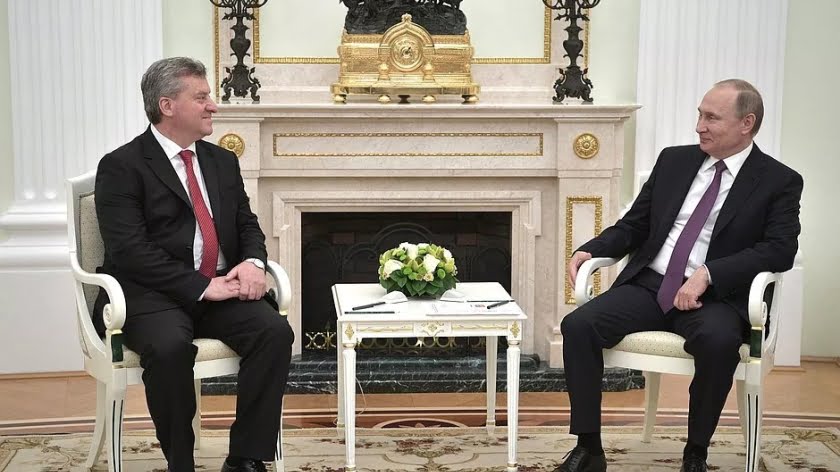 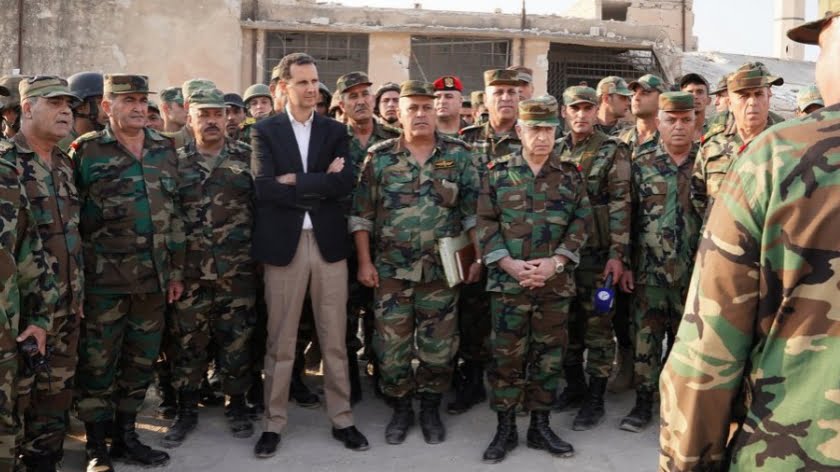 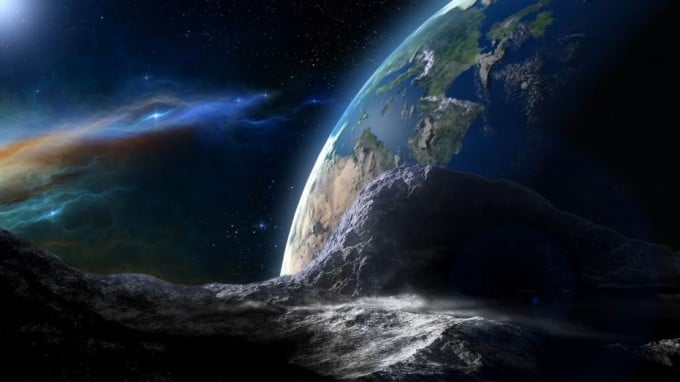