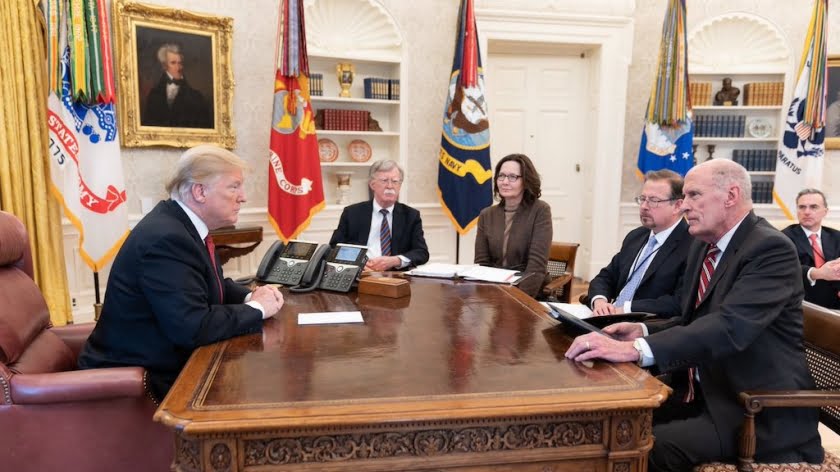 Two weeks ago, the heads of the United States intelligence and security agencies presented their annual “Worldwide Threat Assessment Report” to Congress. The report inevitably made front page news because it appeared to contradict President Donald Trump on a number of key points, most particularly concerning North Korea, ISIS, Russia, and Iran. The president predictably lashed out on the following day with a tweet, declaring inter alia that the intelligence community was “extremely passive and naïve when it comes to the dangers of Iran.” He also recommended that the directors of the agencies should “go back to school,” presumably to address their ignorance on some international issues.

The report’s key judgements included an assessment that North Korea is “unlikely to give up all of its nuclear weapons and production capabilities,” that the Islamic State in Syria “still commands thousands of fighters,” that Iran is in compliance with the 2015 nuclear agreement (JCPOA), and that Moscow seeks to “divid[e] Western political and security institutions.”

The report also dismissed the immigration issue along the Mexican border as a major threat apart from noting that instability will continue due to high crime and unemployment in Central America. It also included climate change as a developing national security issue, both viewpoints contradicting the White House’s own assessments.

Regarding North Korea, Director of National Intelligence Dan Coats observed that Pyongyang “is unlikely to completely give up its nuclear weapons and production capability because its leaders ultimately view nuclear weapons as critical to regime survival,” which would seem to be a reasonable assessment. Likewise the assessment for ISIS which “…still commands thousands of fighters in Iraq and Syria [as well as] thousands of dispersed supporters around the world, despite significant leadership and territorial losses… The group will exploit any reduction in CT pressure to strengthen its clandestine presence and accelerate rebuilding key capabilities, such as media production and external operations.”

But the major area of disagreement with Trump is over Iran, where the danger of a new war is perhaps most pressing. The report notes that

“Iranian officials have publicly threatened to … resume nuclear activities that the [nuclear accord] limits if Iran does not gain the tangible trade and investment benefits it expected from the deal.”

But Coats also added that

“We do not believe Iran is currently undertaking the key activities we judge necessary to produce a nuclear device,” a comment that was endorsed by CIA Director Gina Haspel.

Iran did indeed have an exploratory nuclear weapons program up until 2003 when the effort was abandoned because the threat from Iraq was eliminated by the United States. Since that time the program has not been revived both for economic reasons and on religious grounds. A 2007 National Intelligence Estimate (NIE) on Iran’s nuclear program looked into the allegations that there was a secret effort underway but came up with nothing substantive apart from disinformation created and circulated by the Israelis. It concluded,

“We judge with high confidence that in fall 2003, Tehran halted its nuclear weapons program.”

Some critics of the current threat assessment ignore the fact that the report represents a best effort collective judgment on issues and countries where hard intelligence is often lacking. Sometimes the assessments are in part speculative, as in the case of the review of the increasingly adversarial relationship with Russia and China, where both nations “are more aligned than at any point since the mid-1950s, and the relationship is likely to strengthen in the coming year as some of their interests and threat perceptions converge, particularly regarding perceived U.S. unilateralism and interventionism and Western promotion of democratic values and human rights. Russia and China seek to shape the international system and regional security dynamics and exert influence over the politics and economies of states in all regions of the world and especially in their respective backyards… The post-World War II international system is coming under increasing strain.” Again, it is a reasonable assessment to include in a “threat” report, apart from the insertion of some self-vindicating knee-jerk language relating to unilateralism, interventionism, democratic values, and human rights.

Regarding Iran in particular, the Israel Lobby has worked hard to convince both Washington and the Europeans that there is some kind of Persian global threat that is developing, employing both nuclear weapons and ballistic missiles. The Intelligence Community report to a certain extent dismisses that proposition and does so in no uncertain terms. It is a slap at the Israelis and their promoters in Congress and the media, which have been all too effective in their campaign to distort and manipulate U.S. national security policy to serve their purposes.

Unfortunately, however, neocons to include Mike Pompeo, John Bolton and Elliott Abrams do not reason from facts. They are ideologues who stake out positions based both on religion and on a clear perception that serving Israel’s interests is the path to power in Washington. And, unfortunately, they are well placed to manipulate President Trump and appear to be calling most of the shots on U.S. foreign and national security policy.

So, it would appear that the intelligence and national security’s threat assessment is pretty much on target, bearing in mind that it is a “threat assessment” and not World Affairs 101. It is intended as a document that examines problems without necessarily providing solutions or insisting on certain courses of action.

And also bear in mind that the authors work for the president. Critics point out how often the intelligence community has gotten things wrong, frequently citing the Iraq war, but they fail to understand that once upon a time, experienced professionals who largely remained apolitical ran the nation’s security agencies, serving both Democrats and Republicans. But that all changed after several scandals involving the CIA and the FBI in the 1960s and 1970s. Ever since the time of President Jimmy Carter the top positions have been political appointees, who owe their jobs and their celebrity status to the man in the White House.

To cite only one example of how intelligence is politicized, in 2002-3, analysts and case officers at the working and managerial level at CIA were dubious about the alleged links of Saddam Hussein with the 9/11 terrorists and even more critical of the claimed Weapons of Mass Destruction. But the then Director of CIA George Tenet, who was not a trained intelligence officer, knew what his pal George Bush wanted to hear and he delivered with a “slam dunk,” even though he must have known that the information he had reviewed was completely unreliable. And it didn’t help that a cadre of Israel-firsters in the Pentagon and in the White House itself were simultaneously feeding phony intelligence into the system, straight up to the desk of Vice President Dick Cheney, in an effort to corrupt the entire process and bring on a war.

So even when the intelligence boffins get something right it can turn out wrong. The current national security incumbents are surely right about Iran, in particular, but the White House has chosen a different set of what it chooses to regard as facts, one apparently presented to the president by the likes of John Bolton and in late-night phone calls with heavyweight Zionist investors like Sheldon Adelson. So the answer to the question whether the intelligence community needs to go back to school is “No. But it needs to be de-politicized and have professional management restored.” That, of course, will never happen. 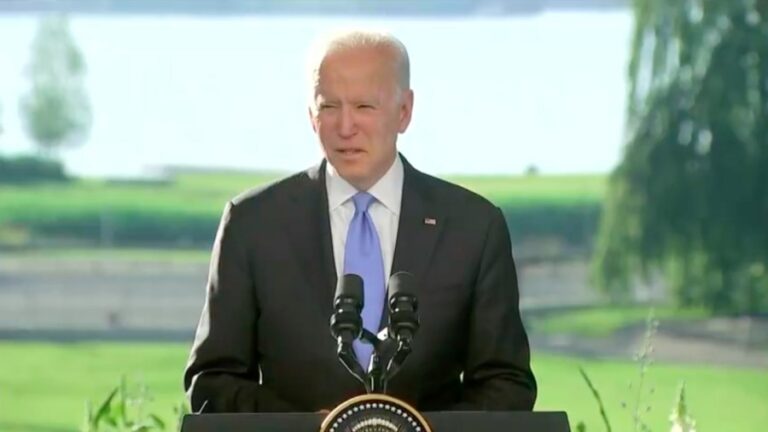 Listen to a reading of this article: During an astonishingly sycophantic press conference after the Geneva summit with Vladimir Putin, President Biden posited an entirely hypothetical scenario about what the world would think of the United States if it were interfering in foreign elections and everybody knew it. When AP’s Jonathan Lemire asked the president… 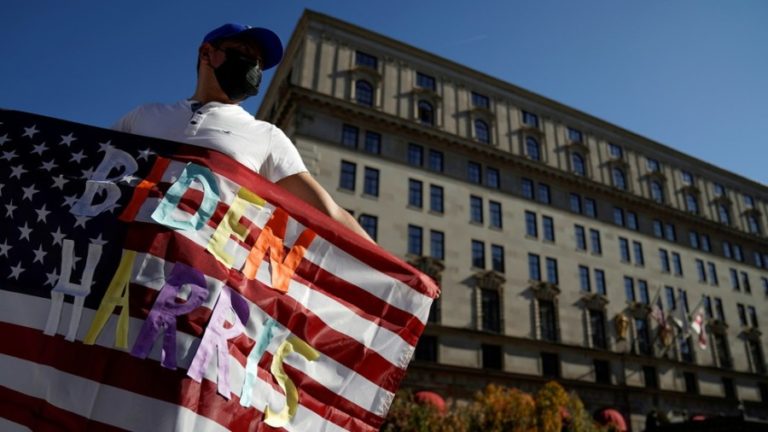 In his latest victory speech, Joe Biden claimed that his election marks a great victory for “democracy.” The claim has some merit. Donald Trump is an authoritarian menace who has played to and preyed upon the United States’ worst, most hateful and paranoid instincts, in a farcical yet nonetheless dangerous effort to establish an autocratic… 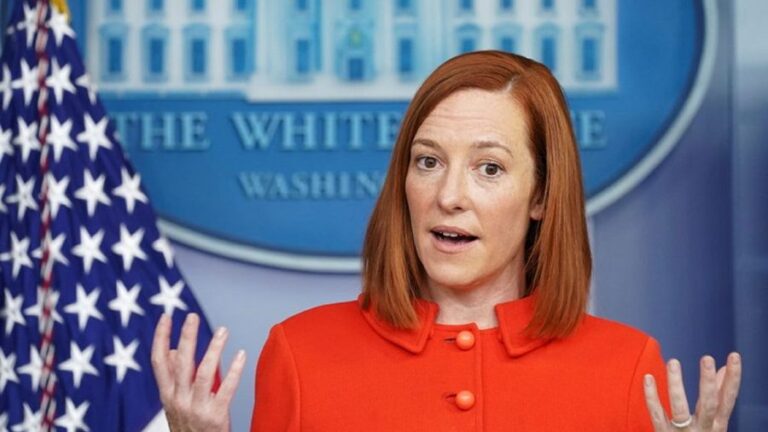 With the nomination of Joe Biden for presidency, the United States has become a kingdom of buffoons, where politics has become a comedy and a farce. As many US observers have pointed out, and as US public opinion polls show, Joe Biden has become one of the worst presidents in American history. Demonstrating a complete… 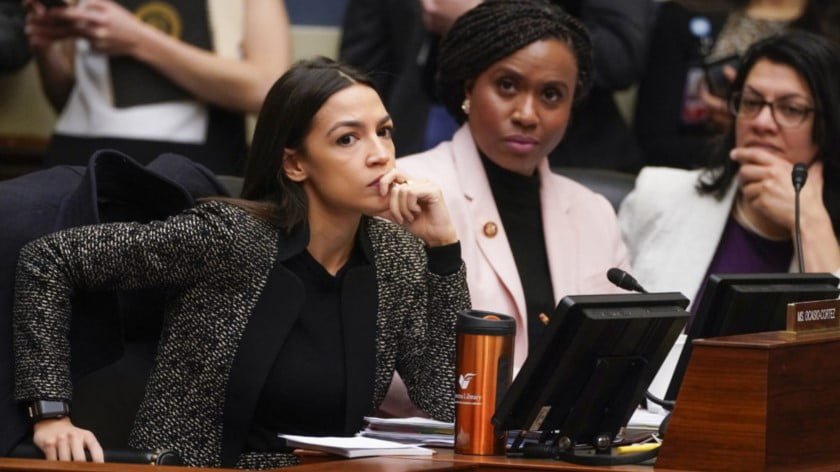