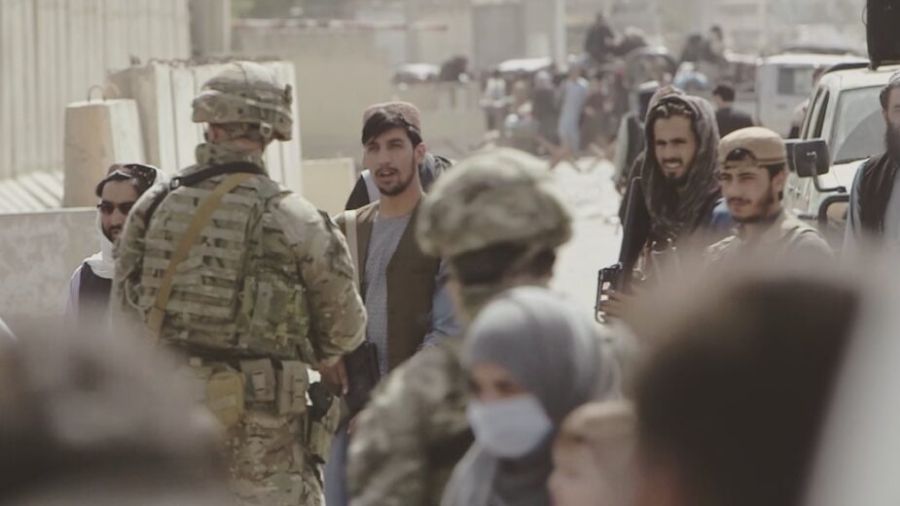 Following World War Two, Europe was reeling from the devastation of so many years of savagery that it seemed it might never recover. The casualty figures are staggering, with, in addition to the Soviet Union’s some 25 million, about seven millions were killed in each of Germany and Poland, and 800,000 in France, 1.7 million in Yugoslavia, and half a million in each of Austria, Italy and Greece. The majority of these people were civilians and the surviving citizens of all these countries were suffering gravely from the catastrophe, not the least hazard being actual starvation.

The United States had only a handful of civilian casualties and prospered greatly from the commercial demands of war. In consequence it was in a position of immeasurable economic and military ascendancy and fortunately was governed by an administration that, by and large, was sympathetic and prepared to be supportive in alleviating the misery of the countless millions in Europe who seemed to have nothing in their future but endless hardship.

President Truman and his State Department brought their considerable talents to bear and constructed a scheme whereby shattered Europe could be best assisted. As noted by the History website, the 1948 European Recovery Plan was “The brainchild of Secretary of State George C Marshall, for whom it was named.” It was “crafted as a four-year plan to reconstruct cities, industries and infrastructure heavily damaged during the war and to remove trade barriers between European neighbours — as well as foster commerce between those countries and the United States.” In its final essence it didn’t entail a great deal of actual sacrifice on the part of the U.S., and in fact benefitted the agricultural community and the economic furnace that had been so effective in winning the war.

Nevertheless it was based on good will, charitable feeling, and concern for humanity, as expressed by Marshall himself in June 1947 in a speech delivered at Harvard University where he declared “It is logical that the United States should do whatever it is able to do to assist in the return of normal economic health in the world, without which there can be no political stability and no assured peace. Our policy is directed not against any country or doctrine but against hunger, poverty, desperation, and chaos. Its purpose should be the revival of a working economy in the world so as to permit the emergence of political and social conditions in which free institutions can exist.”

If only there had been more Marshalls in later years, the world would be a better place. Certainly, the United States would be in a position of international economic supremacy — but it wouldn’t have invaded and almost destroyed Afghanistan and Iraq and blitzed Libya into an even worse shambles than it created further east.

And as the U.S.-Nato military alliance staggers out of Afghanistan, defeated but grovelingly defiant, it should be giving thought to what has happened in that benighted country and planning for the future on the basis of what it has learned. The problem is that Nato doesn’t seem to have learned anything by its absurd foray, and is indeed intent on widening its horizons in order to attempt to justify its existence. The best lesson from Nato’s Afghanistan debacle (and its eight month bombing fandango that destroyed Libya’s economic infrastructure and encouraged home-basing of terrorist groups where none had formerly dared set a foot) is that it would be globally beneficial if Nato were to disband, but we have to be realistic and accept that common sense will not prevail in that regard.

Along the same lines, it would be sensible for Washington to objectively assess the value of the vast number of U.S. military bases around the globe, and inform U.S., openly and without qualifications or caveats, exactly what benefit their existence is supposed to offer to the U.S. and to the rest of the world. But again the signs are not good, as indicated on August 16 when an anonymous White House official spoke about a visit to Singapore and Vietnam by Vice President Kamala Harris and told the Washington Post that in spite of the concurrent Taliban takeover in Afghanistan she would continue with her trip because “Given our global leadership role, we can and we must manage developments in one region while simultaneously advancing our strategic interests in other regions on other issues. The United States has many interests around the world, and we are well-equipped to pursue them all at the same time.”

When will they ever learn?

Does President Biden genuinely believe that his Administration is “managing developments” in Afghanistan? Why is he determined to continue pursuing the supposed strategic interests of the U.S. by deploying increasing numbers of troops and ships and planes and missiles all round the globe to confront China and Russia and provoke them to react against the “global leader”?

The Washington establishment may have heard or read the latest pronouncement from the European Union concerning the wider effects of the Afghanistan debacle, but unfortunately it is unlikely it will prompt an objective analysis. On August 19 Josep Borrell, the EU’s high representative for foreign affairs, affirmed to the European Parliament and the world at large that “this is a catastrophe… Let me speak clearly and bluntly: This is a catastrophe for the Afghan people, for Western values and credibility, and for the developing of international relations.”

What the rest of the world is waiting for is an alternative use of the word “reset” by the Administration in Washington. Instead of conducting another “reset” aimed at military domination and increasing confrontation with China and Russia, President Biden should reset in the Marshall mode and concentrate on forging amity and cooperation while combating the real enemies of humanity as a whole. An Economist/YouGov poll in early 2021 indicated that “Most Americans think of China and Russia as our country’s greatest enemies. Of the two, China is the most frequently mentioned threat, followed closely by Russia”, and it is disconcerting that the U.S. President appears to be making no effort whatever to reduce international tensions.

President Biden should reflect on the civilised declaration by General George Marshall that “our policy is directed not against any country or doctrine but against hunger, poverty, desperation, and chaos” and consider how much better a world he could help forge if he concentrated the mightiness of the United States against the challenges presented by so many desperate problems besetting the peoples of the world.

Imagine what a Marshall Plan could achieve today.

But it seems unlikely that the U.S. Administration will consider any such thing, and it is painfully evocative of the 1960s folk-song “Where have all the flowers gone” which contains the evocative phrase “When will they ever learn?” When, indeed? 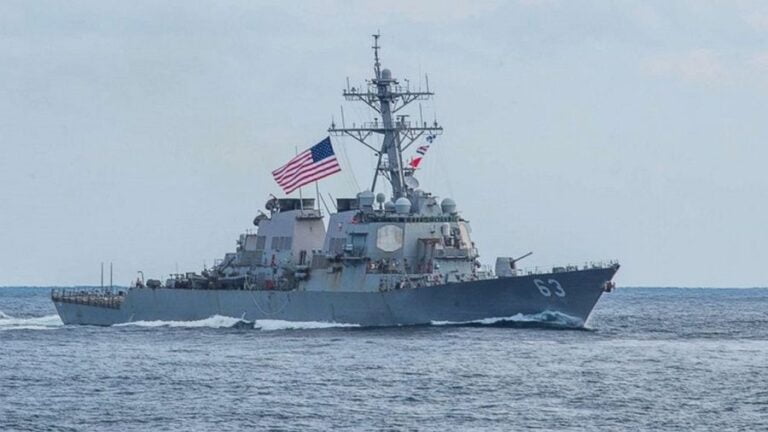 A dangerous confrontation between the United States and China is building in the South China Sea. The cause of this confrontation is the island of Taiwan. The Americans have recently sold several hundred million dollars’ worth of military equipment to Taiwan. The sale, while significant, is unlikely to be sufficient to deter the Chinese should… 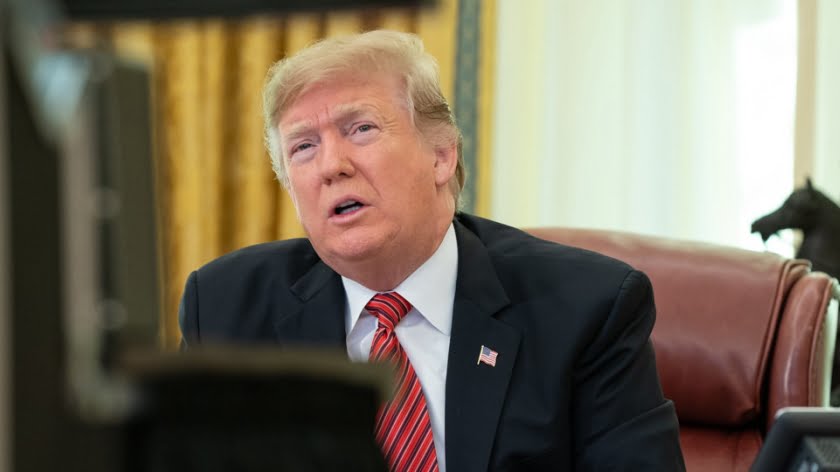 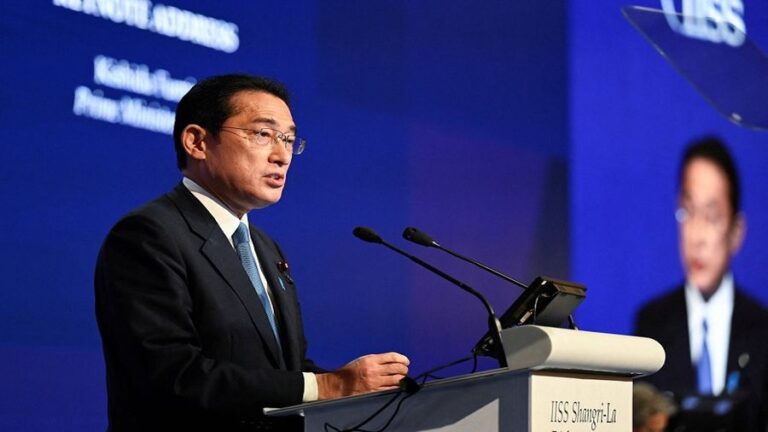 Everyone remembers what happened the last time that the self-professed “land of the rising sun” tried to become the most powerful country in the continent even though its Prime Minister, just like all of his predecessors, likes to pretend that the Second World War never happened. Keeping with the sun analogy, it’s quickly setting on…

The Coronavirus Pandemic much like any crisis, in a political sense, opens the doors for new opportunities. It seems as though governments cannot make major changes without a strong boot in the rear from some set of rough circumstances. Like it or not, political action requires a catalyst. Trump, the man who dreamt of Making…