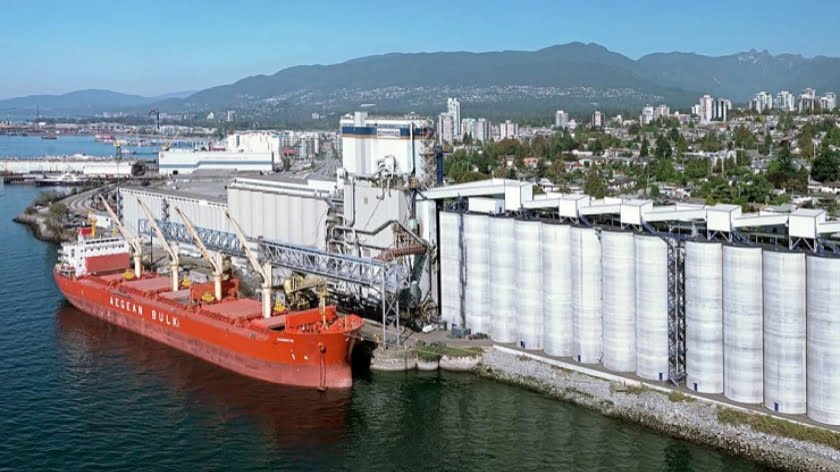 To the concern of Germany, France, Holland and other EU countries, Italy’s coalition has just signed a Memorandum of Understanding with China to join China’s Belt Road Initiative, the so-called New Economic Silk Road. Italy is the only industrial G7 country so far to opt in to the BRI. The China dealhas the potential to change the geopolitics of not only the EU but also most of the world. It’s about who controls which major maritime ports of world commerce.

While much attention has focused on the role of high-speed rail infrastructure as the backbone of the ambitious China BRI project, little attention has been so far given to what may be a far more strategic geopolitical development in China’s BRI, namely China’s ability to own or control the most vital ports of Asia, of Africa, major parts of Latin America and now,evidently, of the European Union.

During Xi Jinping’s Italy talks, the two sides signed a non-binding Memorandum of Understanding (MOU) for various business deals between Italian and Chinese state companies in agriculture, finance and energy. The actual deals signed totaled $2.8 billion for 29 projects, with possible expansion up to $20 billion, hardly yet a game-changer for economically distressed Italy.

The heart of the MOU for China, however, is the potential for Chinese investment in Italian ports, notably Genoa, possibly Palermo and Trieste where China’s Communications and Construction Company will be given access to the port of Trieste on the Adriatic Sea to enable links to central and eastern Europe.

The Chinese inroads with the Italian government are strongly opposed by not only Washington, but also by Brussels, especially Germany and France. They argue that the bilateral Italy-China BRI agreements for port and infrastructure development run counter to the larger established EU transportation strategies. The more honest reasons perhaps are growing alarm in Hamburg and Rotterdam and Antwerp, Belgium over potential loss of shipping trade to southern Europe. By expanding its port presence from Greece into Italy, China potentially gains a huge trade infrastructure advantage in EU trade terms via southern Europe.

Apparently, the Italian government is hoping for a repeat of what they see with Chinese investment in a run-down Greek port,as a way to revitalize the Italian economy as a transit hub between Europe and Asia.

Ports of the World

With little fanfare, over the past several years China has invested in or bought key ports around the world as part of its vast Belt, Road Initiative infrastructure strategy. According to China’s Ministry of Transport, Chinese companies have participated in the construction and operation of a total of 42 ports in 34 countries under its Belt and Road initiative.

In the EU,China has made substantial investment aside from Piraeus. In 2018 COSCO became a major investor in Belgium’s second largest container port at Bruges (Zeebrugge). The Belgian port of Zeebrugge is expected to become a new hub of the Belt and Road initiative. Zeebrugge, or the port of Bruges, is the second largest container port in Belgium after Antwerp, and the sixth in the Channel-North Sea region (2016). It is also the leading European port for car transportation.

On January 22, 2018, China’s COSCO officially secured the concession of Zeebrugge’s container port, the first terminal in Northwest Europe in which Cosco Shipping Ports holds a controlling stake. They are also engaged in Antwerp and Rotterdam.

Extending the map of China’s Maritime Silk Road, in the five years since the BRI was officially announced, China has invested in port projects across Africa from Tanzania to South Africa to Morocco. The keystone is their investment in Egypt’s Suez Canal, the strategic passage from China via the Indian Ocean and Red Sea into the Mediterranean on to the markets of the European Union. China is the major investor in the joint China-Egypt Suez Economic and Trade Cooperation Zone.

In China, the country today has seven of the world’s largest container ports, all of them modern, with state-of-art automation. The Port of Shanghai is the world’s biggest by volume, far larger than Rotterdam, Antwerp or Hamburg in the EU. While high-speed rail networks catch the imagination around land links between China and Eurasia in the BRI, sea shipping is far the most vital for China trade. Some 90% of all world trade today is by ship.

The latest China interest in investing in ports in Italy should be seen in this light. Recently the EU and large states such as Germany and France have expressed alarm over the extent of Chinese infrastructure and corporate investment in the EU. On March 12 the EU Commission issued a position paper titled, “EU-China – A strategic outlook.” Among other points it struck a new, alarmist note in the economic relations of the EU’s second most important trading partner after he USA. The report stated, “China is, simultaneously, in different policy areas, a cooperation partner…an economic competitor in the pursuit of technological leadership, and a systemic rival promoting alternative models of governance.”

It marks the first time at that level that the EU has labeled China a “systemic rival.” The new EU China paper recommends among other things that the WTO be reformed to force China to eliminate state industry subsidies; develop an EU Industrial Policy that would allow EU firms to better compete with the huge China state enterprises. The EU paper echoes a January paper by the German industry federation, BDI, which, declared that China, using its central state industrial policies, was now a “systemic competitor.”

The German government is planning to introduce new laws that could block foreign takeover of any German company considered strategic. That’s a radical departure from their postwar market policies, and came after a Chinese state company bought the advanced German automated machine tool company Kuka. Kuka is one of the world’s leading suppliers of robotics as well plant manufacturing and system technology and a pioneer in Industrie 4.0 on which China bases much of its Made in China 2025 strategy to become world leader in ten advanced industrial sectors.

German and French economics ministers have joined to call on the EU to allow member states to approve industrial mergers that Brussels presently bans on narrow EU grounds. When China joined the WTO in 2001, German industry exported quality German cars and machine tools in return for Chinese mass textiles and cheap consumer goods. Those days are gone. Today China carmaker Geely owns Sweden’s Volvo, and is a major shareholder in the Mercedes Daimler group where they are finalizing purchase of the Mercedes Smart car division. China’s state ChemChina chemicals giant recently bought Swiss Syngenta, a major force in GMO patented seeds and agriculture chemicals. The list is long.

The growing EU concern with the emergence of China as an industrial rival with Chinese companies, making and exporting goods that EU companies long held the advantage, is only beginning to be discussed openly. It has in part to do with the realization by large parts of EU Industry that the much-touted “Made in China:2025” national industrial strategy is not just about upgrading China to a modern state-of-the-art industrial producing nation, but, by between 2030 and 2040, into the world leader, the economic El Supremo.

There is a growing alarm across the EU that that rise would be at the expense of leading EU industrial groups. It takes little to imagine within several years that the container ships from China’s mega ports will be shipping Chinese-owned and manufactured cars or machine tools to compete in the EU market using their ultra-modernized ports in Greece and Italy.

When Xi Jinping went from Italy to meet France’s embattled President Macron on March 26, Macron took an unusual step and invited German Chancellor Merkel and EU Commission President Juncker to join to form appearance of a united bloc to the overwhelming economic challenge of the Chinese.

Two days before the Xi visit to Paris Macron told the press that, “the period of European naivety” regarding the EU’s relations with China is over. He cryptically added, “The relationship between the EU and China must not be first and foremost a trading one, but a geopolitical and strategic relationship.”

France and Germany to date have resisted any formal EU cooperation with China’s Belt, Road Initiative and have pressured individual EU countries such as Italy not to make bilateral deals with China. But the reality is that the EU is largely dysfunctional in terms of modern industrial strategy. In this sense the Xi Jinping Italy BRI agreements can well be a trigger for a global geopolitical tectonic shift. How that will look in the future is impossible to say. At present, it appears Beijing is holding the stronger cards. 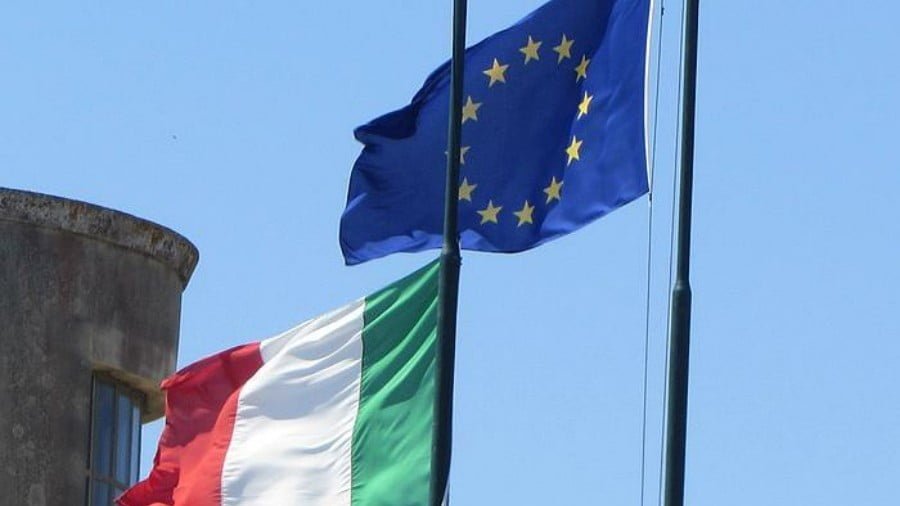 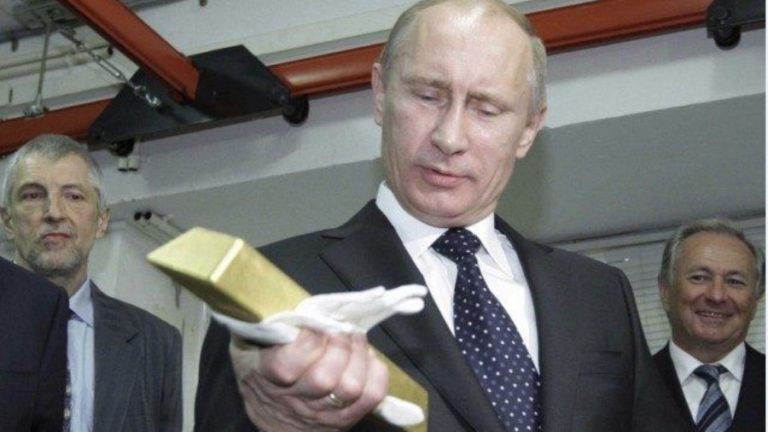 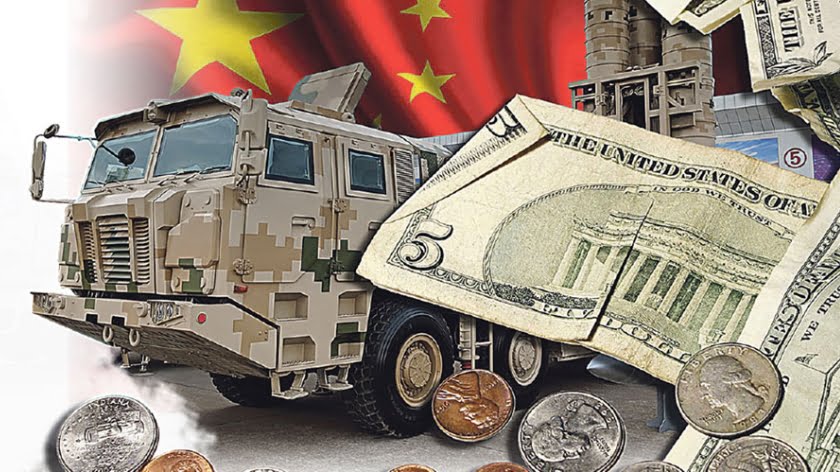