Malaysian Prime Minister Mahathir Mohamad surprised observers when he unexpectedly spoke out against the MH-17 cover-up and dismantled the West’s official narrative blaming Russia for this tragedy. The nonagenarian leader raised questions that no non-Russian had hitherto dared to publicly ask before, such as why his country hadn’t been allowed to examine the plane’s black box and why the conclusion was automatically reached that Russia was responsible solely because of the type of missile that was allegedly involved. This led him to conclude that “from the very beginning, we see too much politics in it and the idea was not to find out how this happened but seems to be concentrated on trying to pin it to the Russians.” Prime Minister Mahathir even provocatively hinted that none other than Ukraine’s own forces might have been the ones who downed the passenger jet, saying that “You need strong evidence to show it was fired by the Russians, it could be by the rebels in Ukraine, it could be Ukrainian government because they too have the same missile.”

It’s not an exaggeration to say that his comments have caused a political earthquake because they’re the first time that any leader other than Russia’s has questioned the official narrative about what happened, and they carry extra weight because they come from the Prime Minister of the country whose plane was destroyed. Evidently, Prime Minister Mahathir had been thinking about this for quite some time and ultimately summoned up the courage to finally say what was on his mind, likely expecting there to be a massive Mainstream Media pushback against him in response but nevertheless wanting to have a clear conscience in doing what’s right. That takes a lot of willpower and reveals the strength of his beliefs, which might finally get the international audience at large to begin wondering whether they’ve been lied to this entire time by their governments. After all, Russia said from the very beginning that it wasn’t involved whatsoever and some voices even claimed that a Ukrainian fighter jet shot down MH-17.

It’s beyond the scope of this analysis to rehash the arguments and specific evidence in support of that claim, but it’s enough to make the reader aware of it so that they can independently conduct their own research in arriving at whatever conclusion they reach. What’s important to acknowledge is that the Western Mainstream Media narrative about this tragedy is finally being debunked and that it could possibly create a chain reaction of cynicism across the world if left unchecked, which is probably why these same informational forces will either ignore what Prime Minister Mahathir said or begin a vicious smear campaign against him in order to discredit his words. There have already been previous claims in the past about him supposedly being anti-Semitic, which is a label that’s regrettably been bandied about and weaponized in order to suppress “inconvenient” claims made by people who aren’t anti-Semites at all. It’s therefore possible that something of the sort could once again happen in response to his brave comments about the MH-17 cover-up.

Going forward, it’s best for readers to realize that the Western Mainstream Media narrative about anything shouldn’t automatically be taken for granted, whether it’s about MH-17, the so-called “White Helmets”, or anything else of geopolitical significance at all. The very fact that the leader of the same nation whose jetliner was destroyed almost half a decade ago would publicly come forth and question the official storyline about what happened should be enough to get others to raise their own questions too, as well as wonder what else they might have been lied to about over the years. As disturbing as it might be for some to countenance, it can’t be discounted that the MH-17 tragedy was actually a false flag attack carried out either intentionally or accidentally and which was then immediately exploited to increase international pressure on Russia as part of the West’s campaign to “isolate” it as revenge for Crimea’s reunification just a few months prior. In any case, it’s worthwhile for people to conduct research into this issue and others in order to arrive at the truth, though they should psychologically prepare themselves beforehand in case the answers that they’re seeking aren’t what they’ve been indoctrinated to expect. 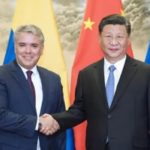 The Belt and Road Initiative in Malaysia: New Challenges for South East Asia

The Rohingya in Malaysia: Coronavirus and Alibis for Paranoia

China Struggles to Fend Off Allegations of Debt Trap Diplomacy

The Dangerous and Duplicitous Infowar Against Imran Khan