Now Is the Time for a Right-Wing ‘Eurovision’

The EU Parliamentary elections for 2019 are over and the general media consensus is that this has been a major win for the “Far-Right” (mediaspeak for those they don’t like) with this government body now having a record number of “sceptics” coming to the table. The Right has indeed made gains and the status quo big blocks have taken notable losses. Sadly, this is no moment of triumph for today’s winners who want a self-respecting, powerful and dignified Europe to make its return, but this victory is at least an opportunity to make further strides towards that end.

If we give all Eurosceptics/Conservatives/Right Wingers a free pass and count them as part of this big win for the Right then they have ~171 out of 751 seats – a tiny minority that can be absolutely crushed by pro-system block votes. Furthermore, in our current political system(s) that we live in, we are all at the mercy of the insanity of party-based systems that lack mechanisms to force members of a given party to behave according to their advertised principles. Meaning, that none of these seats that have been won by so the so-called “Right” are guaranteed to vote for those principles, so the actual amount of true Eurosceptics and Patriots is probably vastly lower than ~171. (This number could be counted a few ways but it is always a small minority)

Despite the way the Mainstream Media makes elections results look, changes in party balances and people’s voting habits are generally incremental and not radical. There are exceptions, but most shifts in voting results are best measured in single digit percentages. So from a long-term standpoint, a few more election cycles of this nature could actually yield a real change in EU Parliament dynamics. The question is whether Europe can survive 20+ years till it gets a Parliament against the bizarre and self-destructive economic/migration/military policies that have been forced upon it.

These electoral results (plus events like the Yellow Vest protests in/around France) should be used politically not for the future opportunity to have more Eurosceptics sit in a big room watching their countries be murdered bureaucratically, but to make a strong case for the total and obvious legitimacy of Eurosceptic/Traditionalist views in mainstream political discourse.

Legitimacy is very important. Only “legitimate” viewpoints get to go on TV, get discussed by hundreds of politicians in ugly blue chairs in a big room, and have the chance to become law. This is the historical moment when the sceptics can push the Overton window in the EU far in their own direction so they can finally get a piece of its territory. Using this newfound legitimacy to attain media exposure is critical if they want to have any hope of winning over the Euro-normies.

These Right forces need to work out all their talking points to answer the now boring and ridiculous (although firmly mainstream) views that migration control is racist, that loving your culture is hateful and that taxing the middle-class to death builds wealth. The Liberal elite that rules today was very good at establishing the right talking points and propaganda strategies to intellectually annihilate traditional Christian Europe. Now it is their turn to play defense as their way of doing things has proved to have its own very different set of blatant failings.

One small but important measure towards legitimacy is starting to do away with the term Eurosceptic, because more often than not scepticism can be portrayed as irrational. Sceptics stand against what is an accepted reasonable norm and this is generally a weak and scary (for normies) position to promote. Furthermore, the position of “against” is always weaker than presenting a clear and exciting positive vision of one’s ideology. Counteroffers are stronger than just saying the word “no” to everything.

The second logical step would be to attack the mainstream EU political position with justified allegations of racism and bigotry. In many ways it is the European mainstream who sees the world entirely through race, presenting Non-Europeans as inherently helpless victims. The Right needs to reject this 21st century “White Man’s Burden” and offer up a worldview were Europeans respect themselves and have respect for others, seeing people in Africa and the Middle-East as equally competent and responsible for developing their own society themselves without Euro-interference. The Right’s offer needs to be clear – mutual respect between the world’s cultures and human dignity instead of cultural masochism, forced tolerance and open borders.

To put it bluntly now is the time for them to sell their recently electorally legitimized Euro-vision that doesn’t look anything like the current suicidal “Eurovision”, because their gained Parliament seats will not yield any major policy gains. Their opponents’ (the status quo’s) job is to make sure that perception of the Right continues to show them as cooky irrational marginal “sceptics” whose backward hateful beliefs are intellectually from the Dark Ages, that have no place whatsoever in serious public discourse. 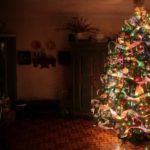