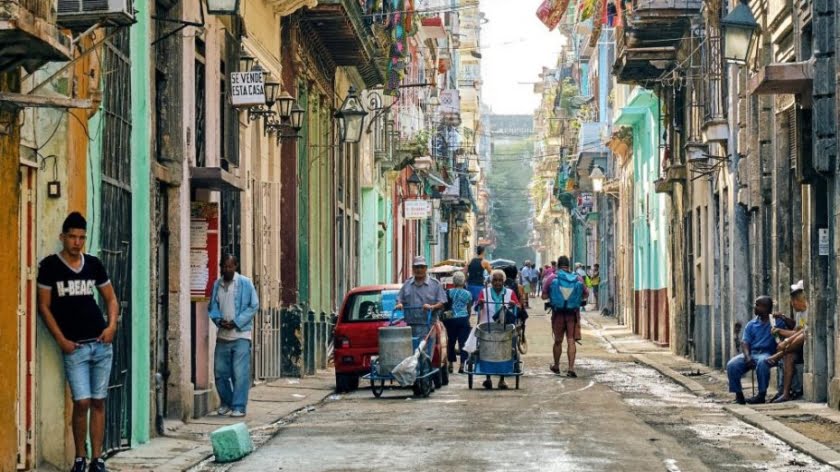 The Trump administration continues to scour the world for enemies, selecting new ones and reinforcing distrust and hatred in those already specified as being in that category. One long-standing target is the island state of Cuba, some 100 miles/160 km from Florida. President Obama moved towards establishing stable and civilised relations with Cuba, but the initiative was discarded by Trump who has tried and largely succeeded in destroying all Obama’s achievements simply because they were in the main sensible and practical.

In the course of his crusade against Cuba the White House reported Trump as saying “We will not lift sanctions on the Cuban regime until all political prisoners are freed, freedoms of assembly and expression are respected, all political parties are legalized, and free and internationally supervised elections are scheduled.”

It is commendable to insist that such a country must be encouraged to change its ways and treat its citizens with dignity — but Trump’s statement is crassly hypocritical, because he does not apply such standards to others.

It is deplorable that Cuba has political prisoners, and Human Rights Watch records that in 2018 there were 120 being held. They should be freed. As should those in Saudi Arabia, who in September 2018 numbered “2,613, including prominent lawyers, judges, academics, scientists and journalists.” The US State Department’s Report on Human Rights, while timidly observing that in Saudi Arabia “Credible reporting by advocacy groups and press suggested that authorities detained persons for peaceful activism or political opposition” also acknowledges that “At least 120 persons remained in detention for activism, criticism of government leaders, impugning Islam or religious leaders, or ‘offensive’ internet postings.”

So if Cuba and Saudi Arabia are officially recorded in Washington as each having 120 political prisoners, why does Trump insist on punishing Cubans and not Saudis?

Trump demands respect “for freedoms of assembly and expression”, which is also a most reasonable objective. It is unfitting that Cuban citizens cannot gather where and when they wish to, and are limited in what they can say publicly. And it is also lamentable that, as the State Department puts it, Saudi law “does not provide for freedom of assembly and association, which the government severely limited . . . The government categorically forbids participation in political protests or unauthorized public assemblies.”

Amnesty International feels strongly about denial of “Freedoms of Expression, Association, and Belief”, and its 2019 World Report noted that “Saudi authorities in 2018 intensified a coordinated crackdown on dissidents, human rights activists, and independent clerics. On May 15, 2018, just weeks before the Saudi authorities lifted the ban on women driving on June 24, authorities launched arrests of prominent women’s rights activists and accused several of them of grave crimes like treason that appear to be directly related to their activism.”

We can’t expect Trump to leap up and down in support of women’s rights, anywhere in the world, but if he is so impassioned about freedom of expression in Cuba, to the extent of increasing the harshness of his already savage sanctions, why doesn’t he take action about the Riyadh Monarchy’s refusal to respect “freedoms of assembly and expression”? Is it morally acceptable to penalise one country and not another for denial of exactly the same rights?

The same holds for Trump’s insistence that punishment of Cubans will continue until “all political parties are legalized,” because, as recorded by Freedom House, Cuba is “a one-party communist state that outlaws political pluralism.” Mr Trump abhors and denounces countries that don’t have democratic systems with multiple political parties. Well, perhaps not ALL countries that don’t have political parties, because Saudi Arabia, that close ally of the United States, doesn’t have any, either. But as the State Department tells us, “the US-Saudi partnership is rooted in more than seven decades of close friendship and cooperation, enriched by the exchange opportunities that are key to the promotion of mutual understanding and the long-term development of ties.”

Another part of the State Department isn’t quite so enthusiastic about mutual understanding, and is blunt about the fact that in the Saudi Kingdom “there are no political parties or similar associations”, and even observes that human rights are unsatisfactory because of “citizens’ lack of ability and legal means to choose their government through free and fair elections.” Yet there hasn’t been a peep of criticism in Establishment Washington about the president’s statement that “The United States intends to remain a steadfast partner of Saudi Arabia to ensure the interests of our country, Israel and all other partners in the region.”

On the other hand, Trump is adamant that in the case of Cuba there will be intensification of sanctions that blight the lives of ordinary people until there are “free and internationally supervised elections.” Why this difference in policy? Why punish eleven million Cubans for the refusal of their government to permit elections while concurrently praising an Arab dictator who has no intention of ever permitting democracy?

Secretary of State Pompeo and National Security Adviser Bolton, are also violently opposed to Cuba and unconditionally supportive of Saudi Arabia. Bolton, for example, declared in April that Cuba, Venezuela and Nicaragua are a “troika of tyranny” and that intensified sanctions would “end the glamorization of socialism and communism” while for so long as its citizens “stand for freedom, the United States will stand with them.” But this does not apply to Bolton’s intentions in other parts of the world. When interviewed by CNN’s Jake Tapper he simply didn’t reply when Tapper said “the United States supports any number of dictators who violate human rights, including the leaders of Egypt, Saudi Arabia, the UAE” and asked him “Should those who support those dictators not be allowed to walk around with impunity?” Bolton ignored the question completely.

Pompeo has been equally evasive, and after meeting at length with Saudi Arabia’s de facto leader, Prince Mohammad bin Salman, during his visit there in January, was reported by the New York Times as having raised concerns over imprisonment of women’s rights activists. He said he had been assured that the Saudis “commitment was that the process, the lawful judicial process here, would take place. They understand the concerns that some have.”

The picture is clear, in that Trump’s Washington intends to destroy Cuba in order to save it from lack of democracy, while energetically supporting Saudi Arabia (and many others) in spite of their total lack of democracy.

The world being what it is, there is no doubt that there is a practical case for US engagement with Saudi Arabia and other dictatorships, providing serious attempts are made to persuade them that democracy is a better system of government for their citizens than the regimes at present imposed. So why run a crusade of vicious sanctions against Cuba for being undemocratic, while maintaining most cordial relations with such countries as Saudi Arabia which are manifestly undemocratic?

The foreign policy mission of the United States is to “build and sustain a more democratic, secure, and prosperous world for the benefit of the American people and the international community.” But choosing enemies selectively and punishing innocent people works against achievement of a more democratic world and engenders resentment and contempt by its brash hypocrisy. 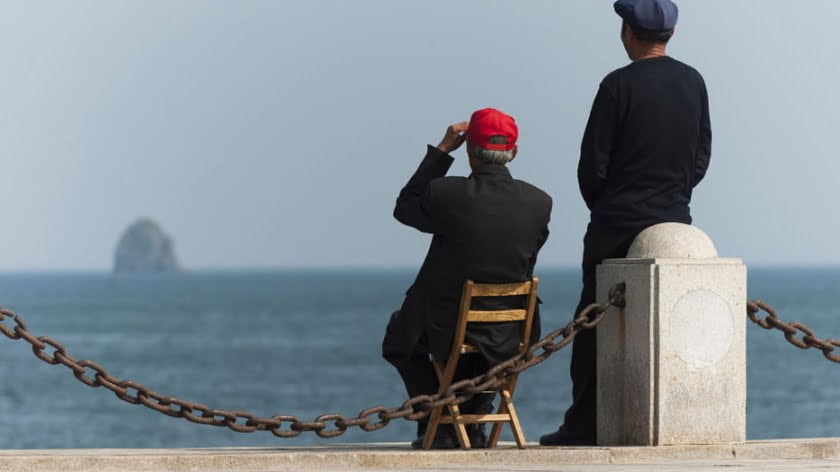 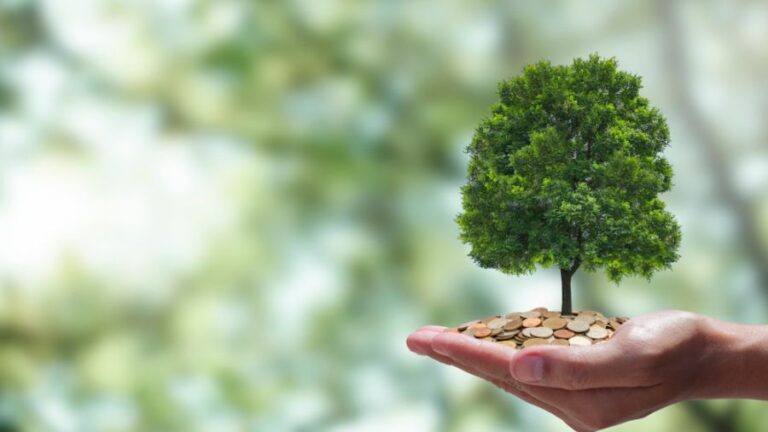 You’ve heard about corporations being treated like people. It’s one of the outrages of the Citizens United decision some years back by the Supreme Court, that corporations have a right to free speech just like individuals and therefore can contribute unlimited money to candidates running for office. Bye-bye, democracy. Now there’s a movement afoot to… 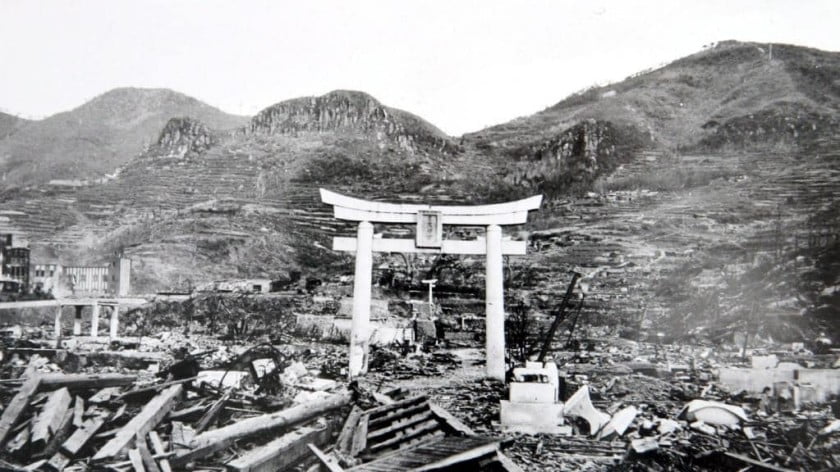 Landing at Nagasaki Airport last November, I joined a line of Japanese men, women, and children waiting to disembark from our plane. Most were likely returning home on this holiday weekend or arriving to visit family and friends. I wondered how many of them remembered or thought about the nuclear annihilation of this city 73…