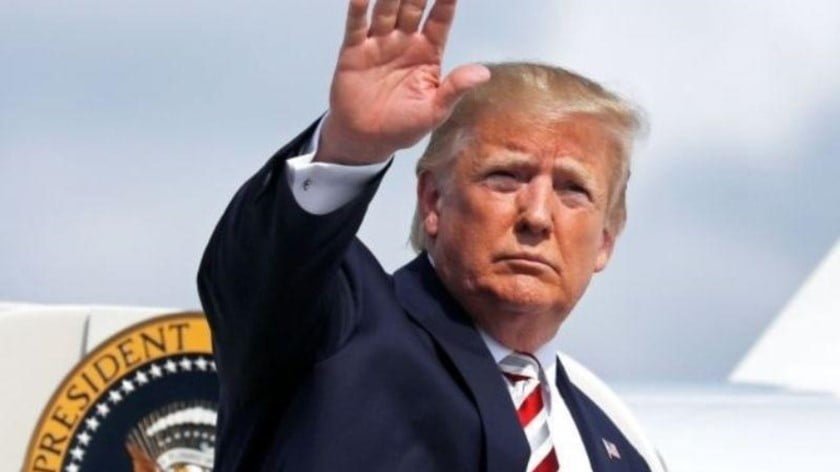 Since announcing his candidacy for the highest office in the land, President Donald Trump has been accused of playing grand 4D chess. Lately, you have to wonder if the billionaire real estate mogul is not only competing in a chess match against the world but also playing backgammon, checkers, Risk, and Hungry Hungry Hippos blindfolded, arms tied behind his back, and underwater without an oxygen tank.

The latest events in the world of economics are just too connected to be a coincidence.

Is Trump accidentally stumbling into these developments, or is he the stable genius taking on the globalist empire and succeeding?

After months of global financial markets enduring a case of will he or won’t he, Federal Reserve Chair Jerome Powell met the White House halfway and gave the administration a quarter-point cut in interest rates at the July Federal Open Market Committee (FOMC) meeting. Moving forward, the target Fed funds rate will be in the 2.00% to 2.25% range.

Despite the US economy residing in the boom phase of the business cycle, Powell acknowledged that the dovish measure was a “mid-cycle adjustment,” adding that this is not the beginning of a series of long-term rate cuts. However, considering how the trade war has intensified, it is more than likely the central bank will pull the trigger on another rate cut before the year is finished.

That brings us to the next development.

One day after the Eccles Building caved and delivered a rate reduction, President Trump shocked markets and announced new 10% tariffs on the remaining $300 billion in Chinese imports. It was surprising because Washington and Beijing agreed to a second trade truce and American and Chinese trade representatives renewed talks that very week.

By having a more accommodative monetary policy, in addition to strong economic figures, Trump has wiggle room to take risks on trade policy. Although escalating trade disputes inevitably will impact the world’s two largest economies, pumping money into the market will produce short-term stimulus. It might be enough until President Trump uses his Art of the Deal methods and nabs a trade agreement with President Xi Jinping that would, in theory, spark a rally in equities.

But that is not all.

The new tariffs destroyed the Chinese yuan in foreign exchange markets. To kick off the trading week, the yuan cratered 1.5% and tumbled below the crucial seven mark against the US dollar. Now, there are a few things to consider on this subject.

The first is that this could result in a spike in capital outflows, which would depress domestic market sentiment. The second is that a devalued yuan might encourage US officials to grieve about a weaker currency that would make Chinese exports even cheaper, hurting foreign competitors and adding to its trade surplus. The third is that the White House could get the Treasury Department to finally label the People’s Bank of China (PBOC) as a currency manipulator.

Why is this important? Here is what the president tweeted soon after the yuan plunged to an 11-year low:

“China dropped the price of their currency to an almost historic low. It’s called ‘currency manipulation.’ Are you listening Federal Reserve? This is a major violation which will greatly weaken China over time!”

President Trump has already suggested that he wants the Fed to emulate the European Central Bank (ECB), meaning he desires enhanced easing – lower rates, bond-buying, and other stimulus measures. It is true that the Fed’s purview does not consist of interfering in exchange rates, but its policies would affect forex markets. So, turning on the printing press would debase the greenback and make its exports appear more attractive, though it would diminish Americans’ purchasing power.

Is this hypothesis giving the president too much credit? Perhaps. But the president has shown us that we are all cats and he holds the laser pointer, ensorcelled as we are by every tweet, announcement, and off-the-cuff remark – good or bad. He could say that all human beings are gorgeous, and that would somehow ignite an international incident and encourage millions to ask, “What about extraterrestrials? #SpaceAliensAreNotAliens!”

Trump made the Democratic leadership stand beside far-left anti-Semites because he called out the Squad. The president got the left to dismiss the reality in Baltimore, drawing attention to just how bad it is in the Democratic-run city. He told the press he gets them to do the vetting for any name he touts. Heck, Trump even managed to persuade the Democrats to defend MS-13 gang members after he called them “animals.”

Why wouldn’t the same be true of economics?

Yes, it is true he is employing 19th-century mercantilist policies that will hurt the average American in the end. Yet, it is still a fascinating look into how just one man can perturb political opponents, spook global financial markets, and send the media into a tizzy and at the same time miraculously appear to be winning and advancing his America First agenda.

If it is all part of the plan, then it is impressive politicking unseen before in America.

The tale of Grigori Rasputin is one of the fascinating folklores in Russian history. A religious figure and good friend to the Romanov royal family, Rasputin had a hypnotic relationship with the royals, and the disgruntled subjects of the czar took matters into their own hands. Conjecture has it that he was poisoned with potassium cyanide and shot in the heart but still survived. The assassins shot him four times and finally wrapped him up in linen and dumped his body in the icy Neva River.

This is Trump. No matter how many times you try to kill him, he just keeps coming back. Perhaps it is all that MAGA power.

Whether you agree or disagree with President Trump, you cannot help but admire everything he has accomplished in nearly three years. Flanked by neoconservatives? No problem, he will have a photo-op at North Korea’s DMZ. Democrats and the mainstream media foaming at the mouth over Russia since the 2016 election? That’s okay, his administration will help pass a historic tax reform bill. Threatened with impeachment again? Fine, he will just send out an unapologetic tweet that initiates a nuclear meltdown at CNN.

It waits to be seen if he can ink a landmark trade agreement with China, maintain growth, and boost exports. If he can do all of this unscathed and win re-election, maybe The Donald Reddit page is right: His title should be God Emperor of the United States.

Slowly but surely, China’s first indigenous carrier is coming into being. Laid down in 2015 with an expected launch date in 2017 or 2018, China’s second aircraft carrier may enter full service sometime around 2020. The lack of transparency around the project has spurred a tremendous degree of speculation, down to some very basic questions. As… 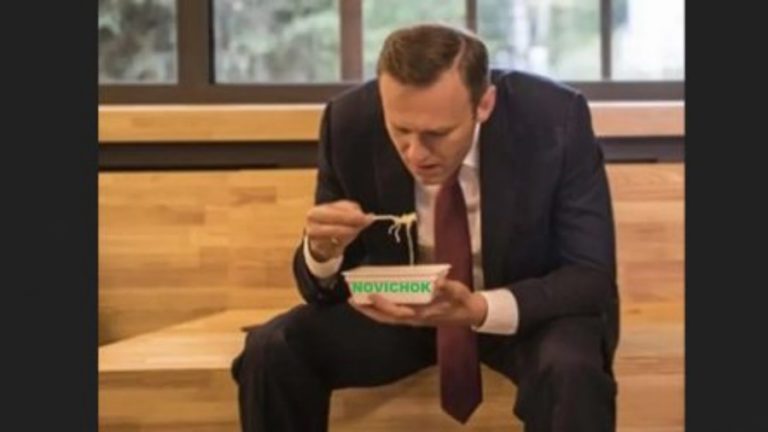 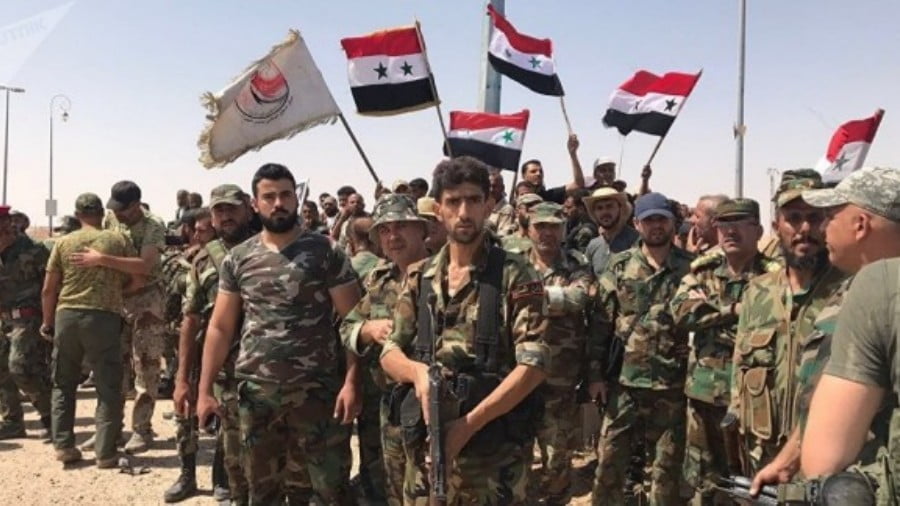 It’s official. The Syrian Army assisted by Russian air support is closing in on the last major pocket of terrorists remaining in the country in the province of Idlib near Aleppo. The United States, which has trained and armed some of the trapped gunmen and even as recently as a year ago described the province… 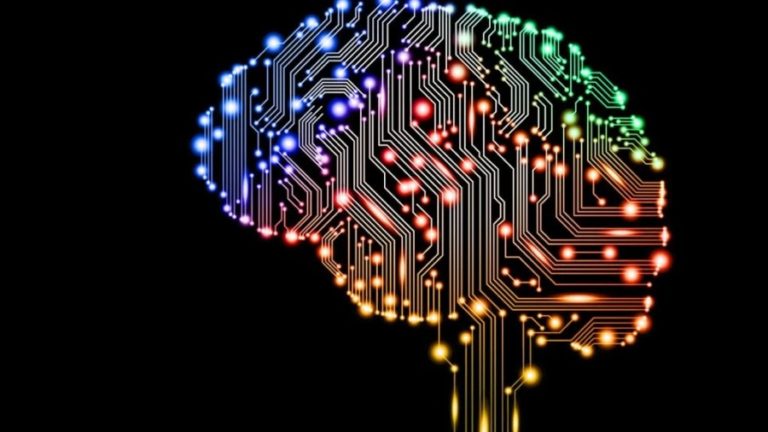 “I believe that at the end of the century the use of words and general educated opinion will have altered so much that one will be able to speak of machines thinking without expecting to be contradicted.” — Alan Turing, Computing machinery and intelligence “Artificial intelligence will reach human levels by around 2029. Follow that out… 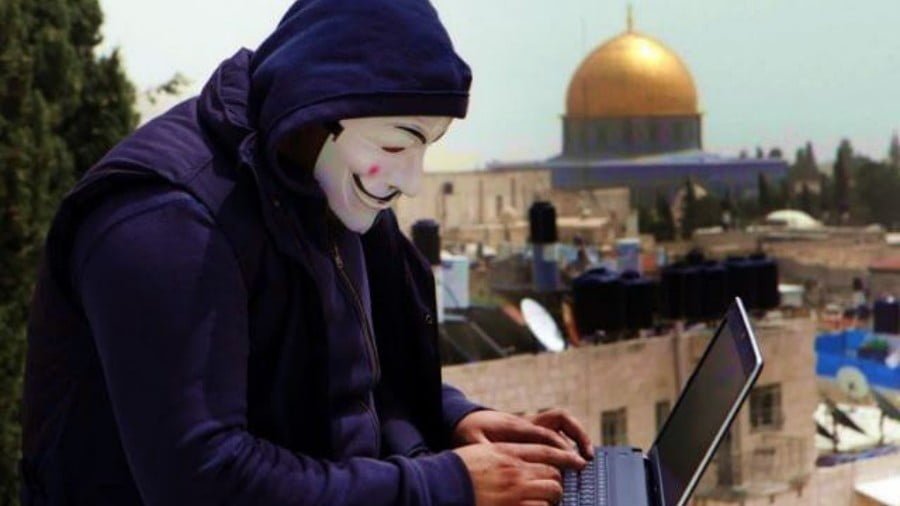