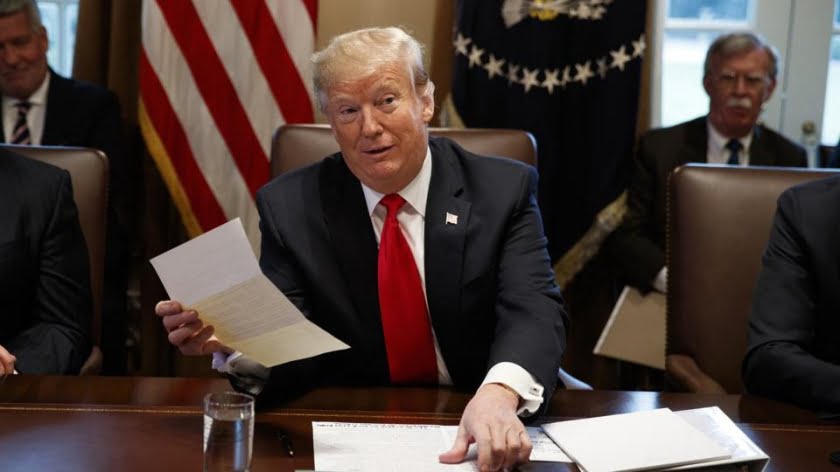 Several things are clear about the possible change of doctrine of the United States that I announced two weeks ago. For the past three years, President Trump has been trying to impose his point of view on an administration whose senior civil servants have been riveted for 18 years on the Rumsfeld / Cebrowski doctrine of destroying state structures in entire regions of the non-globalized world. On the contrary, for Donald Trump, it is appropriate, from a Jacksonian perspective, to substitute negotiation and business for war, so as to dominate the world in good agreement with Russia and China and no longer against them. He hopes to achieve his goals for September 23, the date of his speech at the UN, one year before the US presidential election. He could thus justify running for a second term by asserting his balance sheet.

The new elements that complement what I said about Syria and Venezuela are Afghanistan, Iran and Yemen. But the most obvious of course is the resignation of National Security Advisor John Bolton. He was not asked to resign, but thanked for his kind and loyal service.

John Bolton is absolutely not a neo-conservative as some media have written, but a staunch supporter of “American exceptionalism”. This school of thought is based on the myth of the “Pilgrim Fathers”. It refuses to apply international treaties in domestic law; judges the behavior of others with severity, but on principle absolves Americans who act in the same way; and refuses any international jurisdiction in its internal affairs. In a word, it believes that, for religious reasons, the United States is not comparable to other states and must not submit to any international law.

This colorful character does not hesitate to say what suits him, without worrying about proofs or verisimilitude. Thus, in the Syrian Accountability Act vote in 2003, he argued in Congress that Syria – like Iraq – was threatening world peace with weapons of mass destruction. More recently, he made history by banning the Prosecutor of the International Criminal Tribunal from coming to investigate in the United States.

John Bolton, who is very popular with ultra-right voters, does not share President Trump’s ideas on international politics. The only National Security adviser who was in harmony with him was General Michael Flynn, who was forced to resign after only three weeks. Bolton succeeded him after General H. R. McMaster. As in the US soap operas, he played with Donald Trump the role of “bad cop”, allowing the president to appear much more conciliatory.

The second element is the evolution of the Afghan and Yemeni conflicts. It was known that the United States had begun negotiations with the Taliban at the end of the Obama mandate in 2015 in Qatar. What is less known is that since March 2019, President Trump has negotiated Afghanistan’s future, not only with the country’s authorities and insurgents, but also with Russia and China. This time it was not a question of sharing power between the two factions, but of recognizing the legitimacy of the Taliban resistance to foreign presences on their soil in exchange for its condemnation of jihadism. Two meetings were held in Moscow and Beijing. Another was secretly scheduled to be held last week at Camp David, in the presence of Presidents Donald Trump and Ashraf Ghani. Alas! On September 5, the Taliban, wishing to negotiate through force, claimed an attack in Kabul, killing twelve people, including a US citizen. Immediately the Camp David meeting was canceled and the US Army bombed Taliban areas.

At the same time, it was reported that Washington had begun secret negotiations with Yemeni Houthis who are challenging the power of the internationally recognized president, Abdrabbo Mansour Hadi. A few weeks ago, Washington presented them as Iranian agents. The United States suddenly remembered that the Houthis were not supported by Iran at the beginning of the conflict and that they joined forces with Tehran only for the sake of survival. Therefore, it is obvious that in view of the Saudo-Emirati disagreements, Washington’s interest is no longer to support a puppet whom no one obeys and who has long ago taken refuge in Saudi Arabia.

During these negotiations, the war continues without the United States. The Houthis sent a dozen drones to burn Aramco factories. Riyadh claimed to have suffered considerable damage, halving its domestic production. Mike Pompeo has denounced the hand of Tehran who is attacking the global supply of oil. All of this is disproportionate, to say the least. These statements must be interpreted in the context of our third point: the relations between the United States and Iran.

Recall the data: in 2012, the Obama administration secretly negotiated in Oman with emissaries of the Guide of the Revolution sidelining the team of the nationalist Mahmoud Ahmadinejad and the election of a merchant in arms of the Iran-Contras affair, Sheikh Hassan Rohani. Once elected, an international agreement, JCPoA, was negotiated in Switzerland. It denounced the impossibility of reactivating the military nuclear program that the Revolutionary Guards had abandoned in 1988, considering weapons of mass destruction as incompatible with their vision of Islam. While a second agreement, bilateral and secret this time, planned to supply Europe with Iranian gas to replace Russian gas. When he arrived at the White House, Donald Trump meant for the United States to control the world energy market, but not at the expense of Russia or China with whom he hoped to dominate the world. He therefore withdrew from the two agreements with Iran and immediately proposed to resume the discussion. Realizing that he had everything to lose in exchange, Sheikh Hassan Rohani demanded respect for the word given, refused the outstretched hand, and-considering an impeachment imminent – declared to wait for the return of the Democrats to the White House. The Guide of the Revolution, meanwhile, reacted in religious and not in politic. Outraged by US disloyalty, which he condemned morally, Ayatollah Ali Khamenei instructed his personal army, the Guardians of the Revolution, to extend his authority over all foreign Shia communities. Overnight, the Guardians stopped defending Iranian national interests for Shiite religious interests; a turnaround that was particularly visible in Syria and becomes so in Lebanon. Last week, Hezbollah Secretary-General Hassan Nasrallah, delivering a speech on Achourra Day, introducing his organization no longer as the Lebanese Resistance to Imperialism, but as loyal to Ayatollah Khamenei. This is obviously not a 180-degree turn, but rather a support for the Guide to the Revolution on the eve of negotiations.

It seems that all this agitation could stop: the two parties are showing their muscles while preparing to talk to each other again. So far, Russia has had good relations with Iran while knowing of the Persian hope of replacing Russian gas in Europe. Simultaneously, it did not intervene when Israel was crossing the Syrian skies – which it controls – to bombard Iranian targets. Moscow could stop playing with carrot and stick. It could guarantee the sincerity of a US-Iran-Iran agreement (or rather its sustainability), if it were not against Moscow anymore. In this case, it would protect the Iranian bases in the Middle East. It is, it seems, what Vladimir Putin has just announced to Benjamin Netanyahu.

All these advances support the role of Secretary of State Mike Pompeo. He appears as the true architect of Donald Trump’s foreign policy. He was the first CIA director of the new president. He now has the privilege of being invited every day to his briefing with the Agency, so that he combines information from the CIA and the State Department. Above all, he is the designer of the president’s energy strategy. Some of the Republican leaders do not believe that Donald Trump will succeed in imposing anything on the military, and certainly not the doctrine – according to them outdated – of President Andrew Jackson. They advised Pompeo not to go down with his boss, but to resign and to run for The Senate in Kansas. 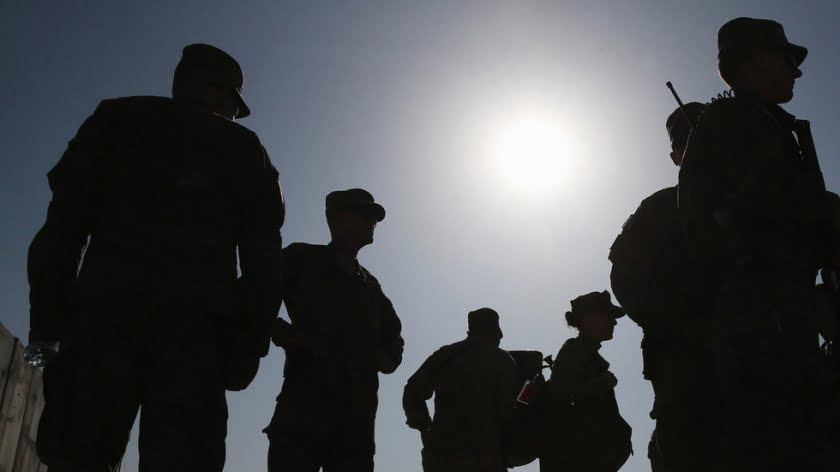 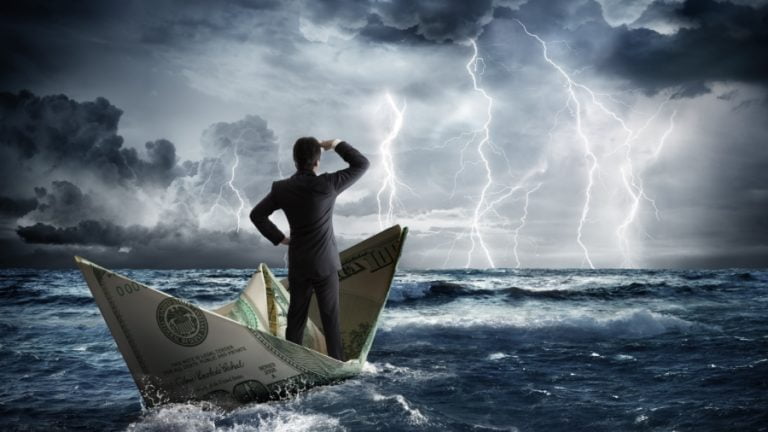 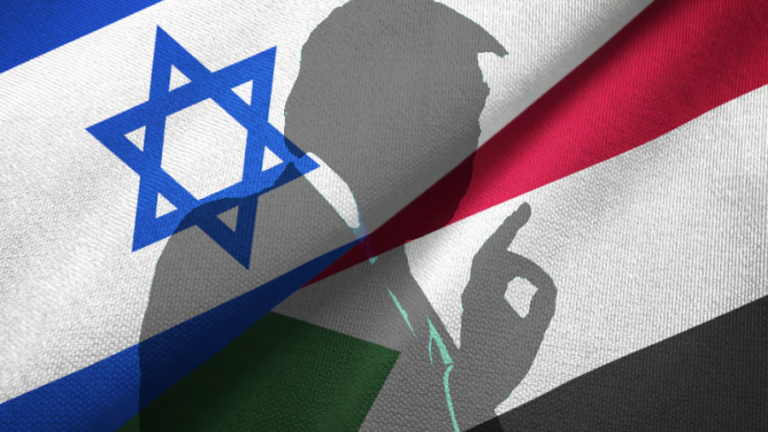 Russia has provided evidence that Washington is collaborating with ISIS in attacks on Russian forces. http://russia-insider.com/en/politics/breaking-russia-presents-satellite-proof-us-troops-collaborating-isis-syria/ri21030 In one Washington-directed attack, ISIS tried to capture 29 Russian military policemen. However, Russian special forces entered the fray, and the result was spectular losses for ISIS. http://russia-insider.com/en/military/us-secret-services-tried-nab-29-russian-troops-syria-and-got-their-butts-kicked-russian In another attack Washington-directed attack, Russian General Valery Asapov and two…