Armenia in Crosshairs of Washington’s Tyranny

Since a new government came to power last year in Armenia, the tiny South Caucasus nation has embarked on a non-aligned international policy. It has maintained strong historic ties with Russia but also says it wants to develop important relations with the European Union and the United States.

In a recent interview for the BBC, Armenia’s Foreign Minister Zohrab Mnatsakanyan was continually harangued about whether his country is going to align with the West or East. The BBC interviewer asserted that many Armenians want their nation to join the EU and NATO and inferred that if the government in Yerevan did not go down this route of joining the EU and/or NATO, then it was somehow backward and undemocratic.

The Armenian diplomat rejected the “bipolar” dilemma presented to him. He said his country’s top priority was to “not build relations with one partner at the expense of others”. Mnatsakanyan reiterated that the government in Yerevan wanted to develop good relations with Russia and its Eurasian neighbors, as well as with the European Union and the US.

Here’s how the BBC’s Stephen Sackur framed his question (at 16 mins in interview): “Let’s get to a bigger picture now. It seems to me Armenia faces a strategic choice over the next few years. You’ve got your new government and you have to decide whether it is in the strategic interests of your country to put your priorities and your greatest effort into developing the relationship with Russia and the Eurasian Economic Union… Or if you actually refocus your efforts looking West to join the European Union and to join NATO in the long run. Which [are] you going to do?”

The arrogant BBC journalist continually foisted the choice of either being with the West as a zero-sum matter of “being with us or against”. At one point, he goaded the Armenian top diplomat: “Bottomline you stay with Moscow.” The entire questioning was suffused with a bigoted mentality of Russophobia in which the BBC hack evidently operated on the prejudice that everything about “Putin’s Russia” is bad and malign. He even showed his poor journalistic standard by approvingly quoting former US Secretary of State Hillary Clinton and her snide remark that “the Eurasian Economic Union is an attempt to re-Sovietize the region led by Vladimir Putin.”

The Armenian minister was warned with sinister implications by the interviewer that his country was “walking a very delicate tightrope” from which it could fall and become gravely injured. That sounded like an allusion to “regime change” dirty tricks in the pipeline.

Zohrab Mnatsakanyan bravely rebuffed the imperious demands for choosing sides. He remarked on the false premise of “either this way or that” and he chided the BBC bully, “Do not judge our democracy by our geopolitical choices.”

But the diplomat should have gone further in his disputation. He should have responded by asking his BBC interrogator why he insists on defining the world in stark terms of “us or them”? Why is it and how is it that the supposed bipolar division of the world is based on the premise that the West led by the US is good and the East led by Russia is bad?

This zero-sum mentality typical of Washington and its European allies has been often condemned by Russia, China and others as being anachronistic. It is essentially a Cold War mindset which is not compatible in contemporary world relations which are objectively moving towards multipolar coexistence of nations. The zero-sum Cold War mindset is typical of hegemonic politics aimed at propping up American dominance over international relations. The need for dominance is essential to operate US capitalist economic power.

As the world shifts to more multilateral economic cooperation, as seen primarily with China’s Belt and Road Initiative and the emergence of regional trading blocs, the United States and its European minions are trying to thwart that direction by insisting on countries making a false choice of aligning one way or the other.

We saw that in Ukraine where Washington and the EU piled the pressure on the elected government of Viktor Yanukovych during the 2013-2014 period to repudiate its relations with Russia and to join the Western powers. That culminated in the CIA-backed coup in February 2014 and nearly five years of an ongoing war in Eastern Ukraine.

We are also seeing it with regard to pressure from Washington on Turkey to abandon its improving relations with Russia, in particular Ankara’s purchase of the S-400 air defense system.

At a NATO meeting last week in Brussels, the US Secretary of Defense Mark Esper said: “Turkey put us in a terrible position. We see them spinning closer into Russia’s orbit than into the Western orbit.”

America’s obsessive possessiveness is a tyranny that runs deeply through its foreign relations. Either nations are subservient to Washington or they are cast as reprobates that must be brought to heel, either through economic sanctions, covert destabilization, regime change, or war.

The US maintains sanctions on Russia, Iran, Venezuela, Cuba, North Korea and others for the simple reason that such countries are not subservient to American demands. The sanctions on Iran are perhaps the most illustrative of US hegemonic dictate. Washington demands that all countries obey by its unlawful embargo on Iranian oil exports. Again, it’s the mentality of “with us or against us”.

This zero-sum ultimatum has been imposed on Armenia by the Trump administration even though Armenia has long historical and cultural ties with Iran. Landlocked Armenia with a population less than three million is developing joint gas pipeline projects with Iran which will be crucial to the former’s economic development.

Armenia, a former Soviet republic, has strong and enduring economic ties with its neighbors of Russia, Belarus, Kazakhstan and Kyrgyzstan as part of the Eurasian Economic Union (EAEU). It is also a member of the Commonwealth of Independent States (CIS), along with Russia, Azerbaijan, Belarus, Kazakhstan, Kyrgyzstan, Moldova, Tajikistan and Uzbekistan. Armenia derives vital security guarantees as a member of the Collective Security Treaty Organization (CTSO) also comprising Russia, Kazakhstan, Kyrgyzstan, Tajikistan and Uzbekistan.

It is simply ludicrous to impose a demand on Armenia to choose between “East and West”. It has centuries of relations with its Eurasian neighbors, Russia in particular.

It is of course entirely reasonable that Yerevan wants to pursue a multilateral policy of friendship between East and West. But America’s hegemonic imperialism is such that it requires a false choice to be made. It is the zero-sum imposition of that choice that creates problems, tensions and ultimately conflict. Armenia is being made to walk a dangerous tightrope when it shouldn’t have to. That is the fate of those who encounter Washington’s bullying zero-sum tyranny. 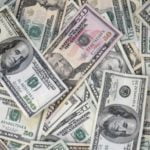 Blood Money: The Civil War and the Federal Reserve 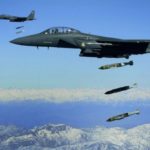 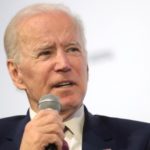 Biden's Game Plan -- Take No Risks & Run Out the Clock