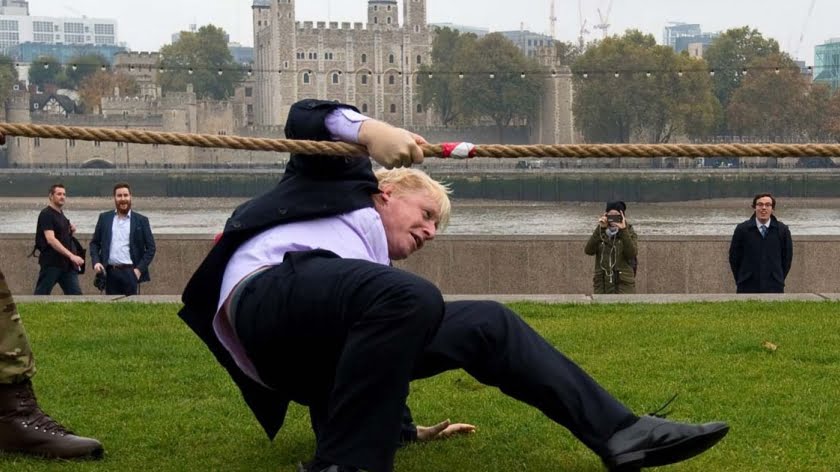 House of Commons Speaker John Bercow denied Boris Johnson’s government a meaningful vote on his EU Withdrawal Treaty on Monday after allowing Oliver Letwin to table an amendment designed to force the Government to withdraw it on Saturday.

That amendment passed and the vote was withdrawn. And the question now is what’s next?

The better question is why? Why did they do this when it raises the probability of a No-Deal Brexit given the ‘no extension’ rhetoric coming from the EU?

The answer should be self-evident. The EU will happily grant an extension if the right conditions are in place. And those conditions are simply anything that continues to pave the path towards overturning the 2016 Brexit Referendum vote.

The EU agreed to Boris Johnson’s deal last week because it was the closest thing to a perfect deal for them they would get in a reasonable time frame. The EU want a deal because it brings more certainty to the financial and investment situation across the continent.

What I wrote for Money and Markets on Friday still holds in my opinion:

The EU really thought they had this thing stitched up, as the Brits would say. But the war of attrition they waged against Brexiteers worked against them. Public opinion in the U.K. has hardened around a “No Deal” option and Nigel Farage’s sniping at the Tories’ mishandling of Brexit has been incredibly effective.

I have little doubt that this is what I or Nigel Farage would consider a good deal. In fact, it’s a terrible treaty that sees the U.K. give up most of its leverage in return for very few guarantees.

But it was a deal that was politically possible given the circumstances. And the movement by Brussels at the last minute is your clue that economic conditions on the European continent are far worse than they are letting on.

I’ve been banging on about this for months, Germany’s economy is crashing. As that continued and the domestic political pressure mounts on Angela Merkel, the leverage was rising on the U.K.’s side of the negotiations.

And since Johnson has done the politically unthinkable, get a deal from the EU, his opponents in Parliament are now trying to ensure that whatever happens next he will pay a terrible price politically for it.

The longer the uncertainty goes on the more likely it will be that Europe will enter the terminal phase of its brewing sovereign debt crisis. Markets are nearly paralyzed by Brexit at this point.

But we’re beginning to see the effects of Brexit fatigue on bond yields. The mother of safe-haven trades has waned in intensity now that the central banks have come in with new QE and liquidity guarantees.

Is this the beginning of the end of the massive bull market into any first-world sovereign debt? Similar technical reversals are in play all across European Bond yields.

So, something is breaking. It may be more that just Deutsche Bank.

So back to Bercow, Letwin and Brexit.

Bercow’s refusal to allow a vote on Parliamentary approval of the Withdrawal Agreement is a way to ensure that Parliament can attach amendments to the bill against the government’s wishes.

It’s not like Bercow hasn’t done this before. At every turn he’s interpreted the rule book to suit the agenda of those that want Brexit stopped at any cost.

The Guardian has a good rundown on this because, of course, they’ve been made privy to the Remainer plan to stop Brexit.

And the plan now is for Labour to work with Northern Ireland’s DUP to form an alliance against Johnson’s deal and work towards a Second Referendum.

Because that is what the price of Johnson’s deal will be to get a vote on the Withdrawal Agreement Bill through Parliament both a Second Referendum and the addition of the Customs Union.

Any attempt to get a customs union added to Johnson’s deal would probably need to involve former Tory MPs as well as the DUP. A source close to the group of 21 former Tories suggested they might be more interested in the deal being amended to make sure the UK does not crash out on no-deal terms. Most in the group are also keen to make a deal work rather than opt for a second referendum.

However, speaking to the BBC’s Andrew Marr Show,{Labour Brexit Shadow Brexit Secretary Keir} Starmer said he believes a second referendum was still possible. He also suggested Labour could vote for Johnson’s deal if a second referendum was added to the withdrawal agreement bill, despite the party’s fundamental objections to the terms of the UK’s proposed departure from the EU.

Keir Starmer can live with this deal, don’t kid yourself. What he wants, however, is to stop Brexit entirely and humiliate the Tories in the process. We have moved far beyond the appearance of doing the right thing for the British people and moved entirely into cynical machinations to thwart Brexit.

From the Guardian here’s the current Flowchart (before Bercow’s ruling):

Everything on the left-hand side is moot. It is the right side that is now in play.

Note how everything ends with 2nd referendum or an even worse version of BRINO — Brexit in Name Only.

This is why Guy Verhofstadt and the Brexit Steering Committee won’t recommend the Treaty for a vote to the European Parliament until next week. They are banking on events falling into place that leads us right back to the U.K. staying in the EU.

So, tomorrow Johnson will put forth the bill. Bercow will allow a hundred and forty-seven Remain amendments. Johnson will likely pull the bill from a vote because it will be unacceptable.

The EU will grant an extension after that just as The Guardian suggests and then Johnson will be in hot water next week as Parliament, under Bercow, will likely seek to remove him from office and install a last-minute caretaker government to ensure a second referendum of BRINO vs. Remain are the only options.

The Tories that held their noses to get Brexit done and back Boris’ rotten treaty will have betrayed Northern Ireland and their voters for nothing.

Because there will be no General Election until the threat of Brexit is off the table in any meaningful way. This is purely a power play at this point and there is little anyone in the U.K. can do about it as every trick available has and will be used to stop it.

I said this a month ago, Brexit has devolved into random acts of vandalism. And I feel it’s quite clear that most commentators on this process are simply not cynical enough to understand the depth of that statement.

And their threats are nothing more than statements of their allegiance to the EU first and everyone else second.

Because if their allegiance was to the U.K. first they would back an election. They would trust the people to make the choice. But they won’t do that.

Their play now is to throw caution to the wind about what happens after the next General Election. It doesn’t matter that the people hate them. The new treaty or any one cooked up by a caretaker government will have no escape clause.

A parliament in disgrace, a government neutered by over-reaching courts, and a treaty that leaves the U.K. in Zombieland neither free nor prosperous is what the next government will have to contend with with or without a second referendum.

And even if that government is a coalition between Johnson’s Tories and Farage’s Brexit Party, there won’t be any good will between them to present a unified front to the EU since Johnson’s whole Brexit strategy was to deliver BRINO while neutering the challenge Farage represents.

Party before country. Politics before the people. That’s the true story of Brexit. 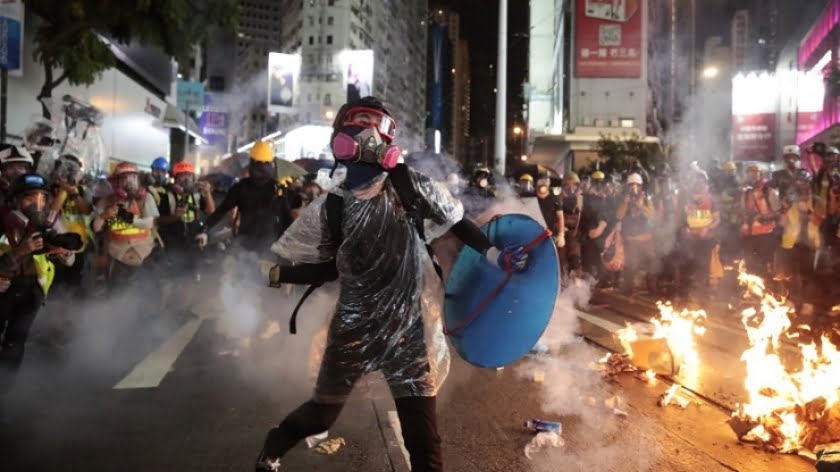 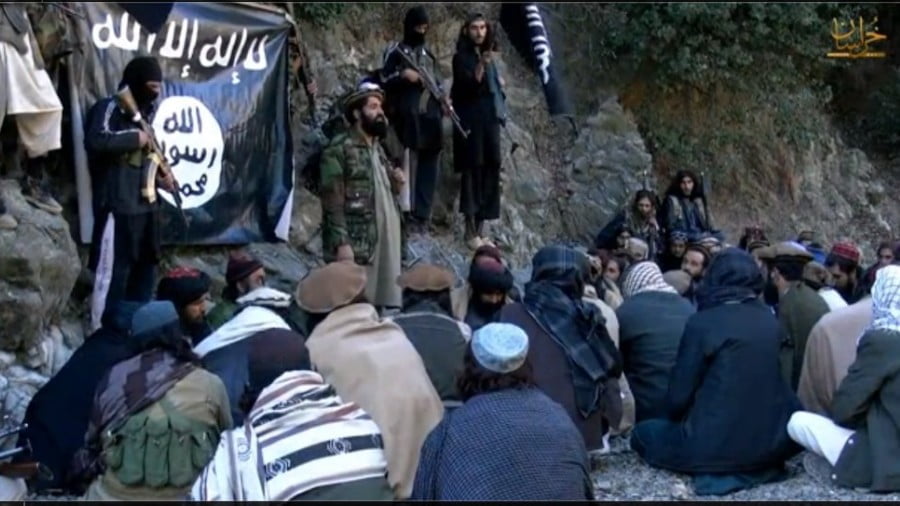 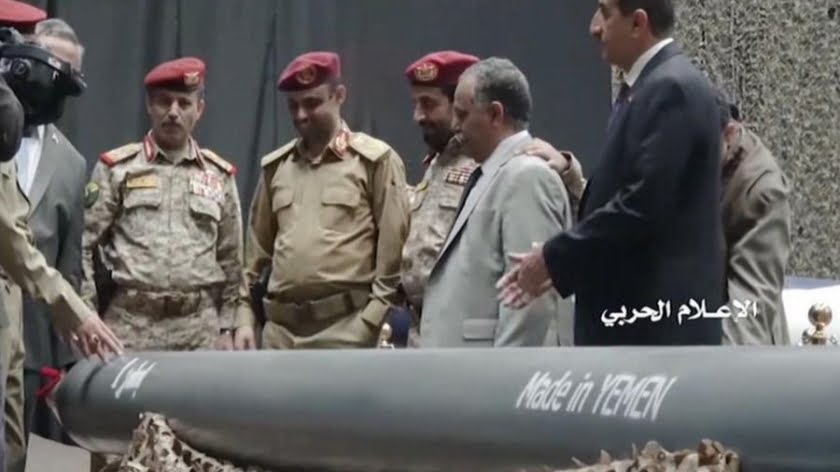 “It is clear to us that Iran bears responsibility for this attack. There is no other plausible explanation. We support ongoing investigations to establish further details.” The statement above was not written by Franz Kafka. In fact, it was written by a Kafka derivative: Brussels-based European bureaucracy. The Merkel-Macron-Johnson trio, representing Germany, France and the UK, seems… 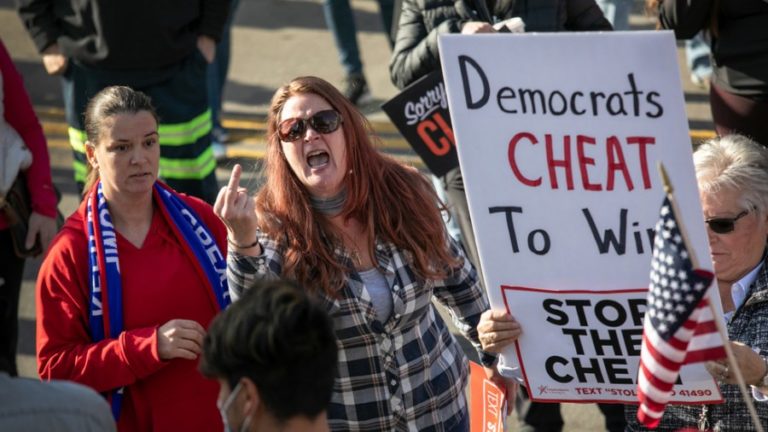 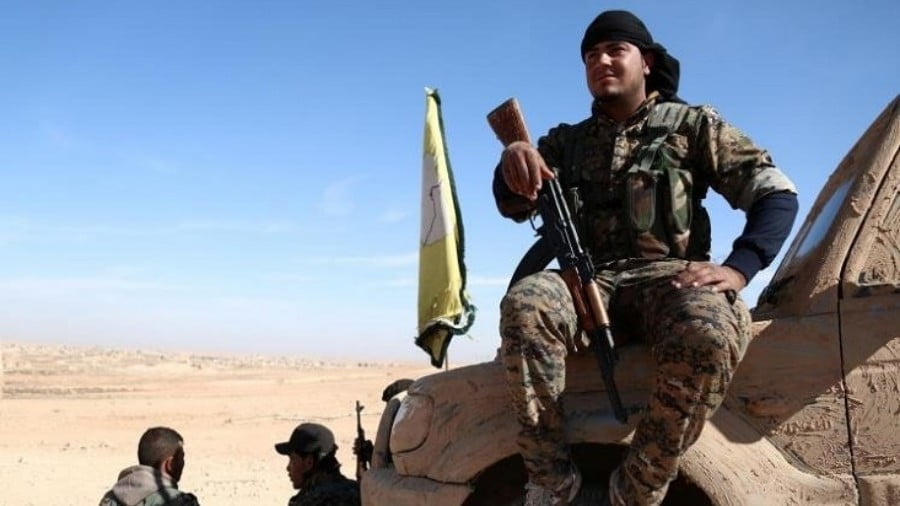