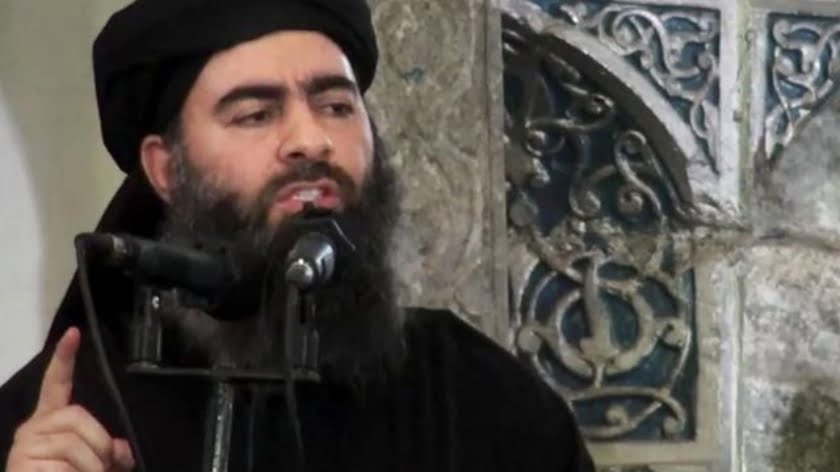 He died like a dog.” President Trump could not have scripted a better one-liner as he got ready for his Obama bin Laden close-up in front of the whole world.

Abu Bakr al-Baghdadi, fake caliph, ISIS/Daesh leader, the most wanted man on the planet, was “brought to justice” under Trump’s watch. The dead dog caliph is now positioned as the ultimate foreign policy winning trophy ahead of 2020 reelection.

The climatic scenes of the inevitable-as-death-and-taxes movie or Netflix series to come are already written. (Trump: I “watched it like a movie.”) Cowardly uber-terrorist cornered in a dead-end tunnel, eight helicopter gunships hovering above, dogs barking in the darkness, three terrified children taken as hostages, coward detonates a suicide vest, tunnel collapses over himself and the children.

A crack forensic team carrying samples of the fake caliph’s DNA apparently does its job in record time. The remains of the self-exploded target – then sealed in plastic bags – confirm it: it’s Baghdadi. In the dead of night, it’s time for the commando unit to go back to Irbil, a 70-minute flight over northeast Syria and northwest Iraq. Cut to Trump’s presser. Mission accomplished. Roll credits.

This all happened at a compound only 300 meters away from the village of Barisha, in Idlib, rural northwest Syria, only 5km from the Syria-Turkish border. The compound is no more: it was turned to rubble so it would not become a (Syrian) shrine for a renegade Iraqi.

The caliph was already on the run, and arrived at this rural back of beyond only 48 hours before the raid, according to Turkish intelligence. A serious question is what he was doing in northwest Syria, in Idlib – a de facto cauldron-like Donbass in 2014 – which the Syrian army and Russian airpower are just waiting for the right moment to extinguish.

There are virtually no ISIS/Daesh jihadis in Irbil, but lots of Hayat Tahrir al-Sham, formerly Jabhat al-Nusra, as in al-Qaeda in Syria, known inside the Beltway as “moderate rebels,” including hardcore Turkmen brigades previously weaponized by Turkish intel. The only rational explanation is that the Caliph might have identified this Idlib backwater near Barisha, away from the war zone, as the ideal under-the-radar passport to cross to Turkey.

The plot thickens when we examine Trump’s long list of “thank yous” for the successful raid. Russia came first, followed by Syria – presumably Syrian Kurds, not Damascus – Turkey and Iraq. In fact, Syrian Kurds were only credited with “certain support,” in Trump’s words. Their commander Mazloum Abdi, though, preferred to extol the raid as a “historic operation” with essential Syrian Kurd intel input.

In Trump’s press conference, expanding somewhat on the thank yous, Russia again came first (“great” collaboration) and Iraq was “excellent”: the Iraqi National Intelligence Service later commented on the break it had gotten, via a Syrian who had smuggled the wives of two of Baghdadi’s brothers, Ahmad and Jumah, to Idlib via Turkey.

There’s no way US Special Forces could have pulled this off without complex, combined Turkish, Iraqi and Syrian Kurd intel. Additionally, President Erdogan accomplishes one more tactical masterpiece, juggling between performing the role of dutiful, major NATO ally while still allowing al-Qaeda remnants their safe haven in Idlib under the watchful eye of the Turkish military.

Significantly, Trump said, about Moscow: “We told them, ‘We’re coming in’ … and they said, ‘Thank you for telling us.’” But, “they did not know the mission.”

They definitely didn’t. In fact, the Russian Defense Ministry, via spokesman Major General Igor Konashenkov, said it had “no reliable information about US servicemen conducting an operation to ‘yet another’ elimination of the former Daesh leader Abu Bakr al-Baghdadi in the Turkish-controlled part of the Idlib de-escalation zone.”

And on Trump’s “we told them,” the Russian Defense Ministry was emphatic: “We know nothing about any assistance to the flight of US aircraft to the Idlib de-escalation zone’s airspace in the course of this operation.”

According to ground sources in Syria, a prevalent rumor in Idlib is that the “dead dog” in Barisha could be Abu Mohammad Salama, the leader of Haras al-Din, a minor sub-group of al-Qaeda in Syria. Haras al-Din has not issued any statement about it.

ISIS/Daesh anyway has already named a successor: Abdullah Qardash, aka Hajji Abdullah al-Afari, also Iraqi and also a former Saddam Hussein military officer. There’s a strong possibility that ISIS/Daesh and myriad subgroups and variations of al-Qaeda in Syria will now re-merge, after their split in 2014.

Who gets the oil?

There’s no plausible explanation whatsoever for Abu Bakr al-Baghdadi, for years, enjoying the freedom of shuttling back and forth between Syria and Iraq, always evading the formidable surveillance capabilities of the US government.

Well, there’s also no plausible explanation for that famous convoy of 53 brand new, white Toyota Hi-Luxes crossing the desert from Syria to Iraq in 2014 crammed with flag-waving ISIS/Daesh jihadis on their way to capture Mosul, also evading the cornucopia of US satellites covering the Middle East 24/7.

And there’s no way to bury the 2012 US Defense Intelligence Agency (DIA) leaked memo that explicitly named “the West, Gulf monarchies, and Turkey” as seeking a “Salafist principality” in Syria (opposed, significantly, by Russia, China and Iran – the key poles of Eurasia integration).

That was way before ISIS/Daesh’s irresistible ascension. The DIA memo was unmistakable: “If the situation unravels there is the possibility of establishing a declared or undeclared Salafist principality in eastern Syria (Hasaka and Der Zor), and this is exactly what the supporting powers to the opposition want, in order to isolate the Syrian regime, which is considered the strategic depth of the Shia expansion (Iraq and Iran).

True, the fake caliph has been proclaimed definitely dead at least five times, starting in December 2016. Yet the timing, now, could not be more convenient.

The facts on the ground, after the latest ground-breaking Russia-brokered deal between the Turks and the Syrian Kurds, graphically spell out the slow but sure restoration of Syria’s territorial integrity. There will be no balkanization of Syria. The last remaining pocket to be cleared of jihadis is Irbil.

And then, there’s the oil question. The “died as a dog” movie literally buries – at least for now – an extremely embarrassing story: the Pentagon deploying tanks to “protect” Syrian oilfields. This is as illegal, by any possible interpretation of international law, as is, for that matter, the very presence in Syria of US troops, which were never invited by the government in Damascus.

Persian Gulf traders told me that before 2011, Syria was producing 387,000 barrels of oil a day and selling 140,000 – the equivalent of 25.1% of Damascus’s income. Nowadays, the Omar, al-Shadaddi and Suwayda fields, in eastern Syria, would not be producing more than 60,000 barrels a day. Still, that’s essential for Damascus and for “the Syrian people” so admired within the Beltway – the legitimate owners of the oil.

The mostly Kurdish People’s Protection Units (YPG) did in fact take military control of Deir er-Zor when they were fighting ISIS/Daesh. Yet the majority of the local population is Sunni Arab. They will never tolerate any hint of a longtime Syrian Kurd domination – much less in tandem with a US occupation.

Sooner or later the Syrian army will get there, with Russian air power support. The Deep State might, but Trump, in an electoral year, would never risk a hot war over a few, illegally occupied oilfields.

In the end, the “died as a dog” movie can be interpreted as a victory lap, and the closure of a historical arc languishing since 2011. When he “abandoned” the Syrian Demoratic Forces Kurds, Trump effectively buried the Rojava question – as in an independent Syrian Kurdistan.

Russia is in charge in Syria – on all fronts. Turkey got rid of its “terrorism” paranoia – always having to demonize the Syrian Kurd PYD and its armed wing YPG as a spin-off of the Kurdistan Workers’ Party (PKK) separatists inside Turkey – and this may help to settle the Syrian refugee question. Syria is on the way to recover all its territory.

The “died as a dog” movie can also be interpreted as the liquidation of a formerly useful asset that was a valued component of the gift that keeps on giving, the never-ending Global War on Terror. Other scarecrows, and other movies, await. 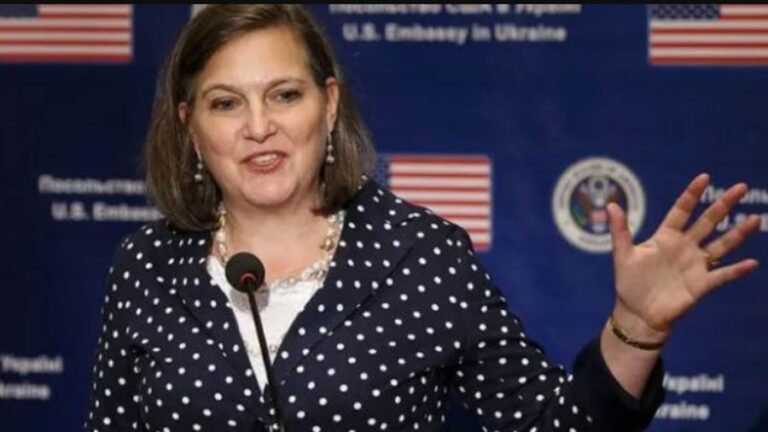 Under cover of media focus on the NATO proxy war in Ukraine and the Zionist assassination of Al Jazeera senior correspondent Shireen AbuAkleh, Washington is making moves to annex Syrian territory. On May 11th during the meeting of the “global coalition against Islamic State” in Marrakech, Morocco the U.S acting assistant Secretary of State, Victoria Nuland, made… 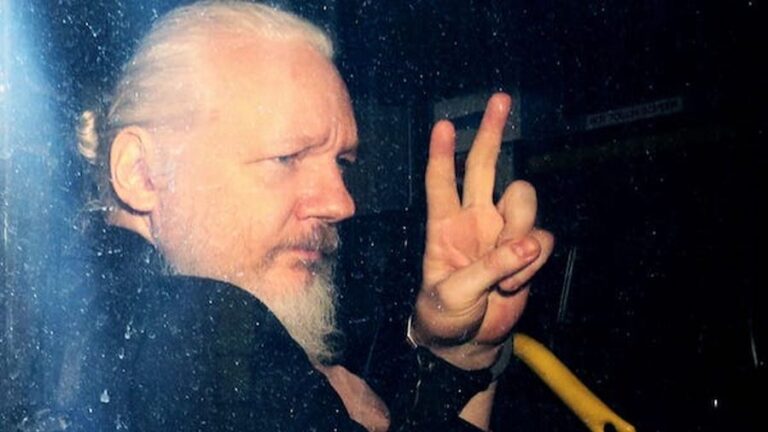 I suggested in my last post that the British Establishment may be looking for a way out of the terrible Assange debacle without raising difficult truths about the United States justice and penal system. The functioning of the Establishment, the way it forms a collective view and how that view is transmitted, is a mystery…

Asked what he did during the French Revolution, Abbe Sieyes replied, “I survived.” Donald Trump can make the same boast. No other political figure has so dominated our discourse. And none, not Joe McCarthy in his heyday in the early ’50s, nor Richard Nixon in Watergate, received such intensive and intemperate coverage and commentary as… 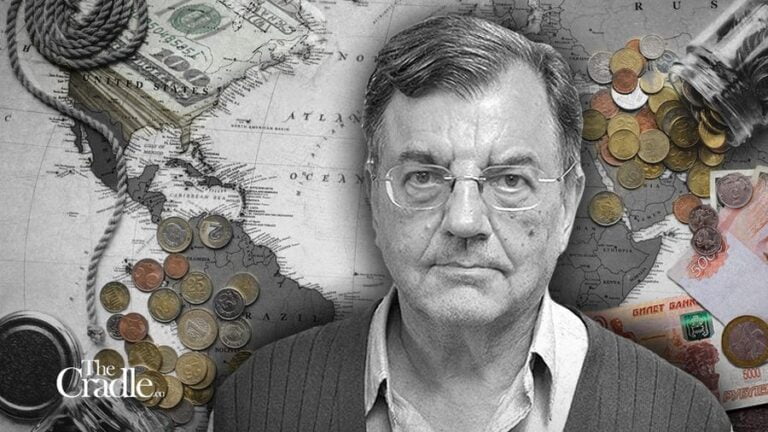 It is impossible to track the geoeconomic turbulence inherent to the “birth pangs” of the multipolar world without the insights of Professor Michael Hudson at the University of Missouri, and author of the already seminal The Destiny of Civilization. In his latest essay, Professor Hudson digs deeper into Germany’s suicidal economic/financial policies; their effect on…

The situation in Syria is dangerously veering out of control, with the US threatening strikes against the Syrian Arab Army while Russia has suggested that it would shoot down any incoming threat to its servicemen. The alternative media is ablaze with speculative talk about the onset of World War III, and a distinct feeling of… 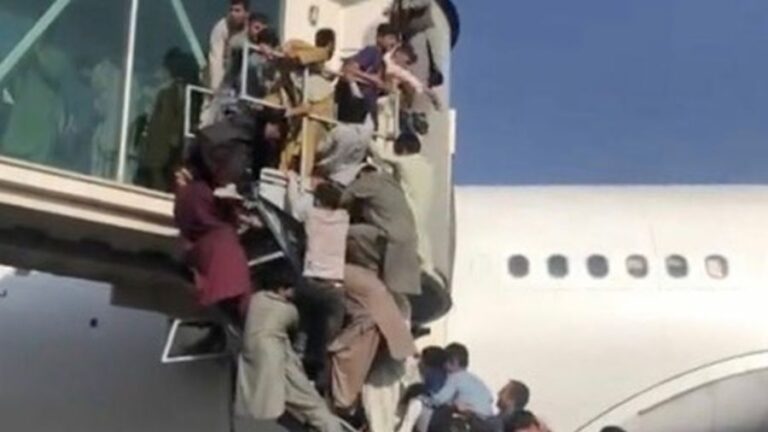 French President Emmanuel Macron and US President Joe Biden addressed their nation on the capture of Kabul by the Taliban on August 15, 2021. 1.- The Afghan War is not a response to 9/11, it was planned before the attacks According to these two politicians, the sole purpose of the US invasion of Afghanistan in…