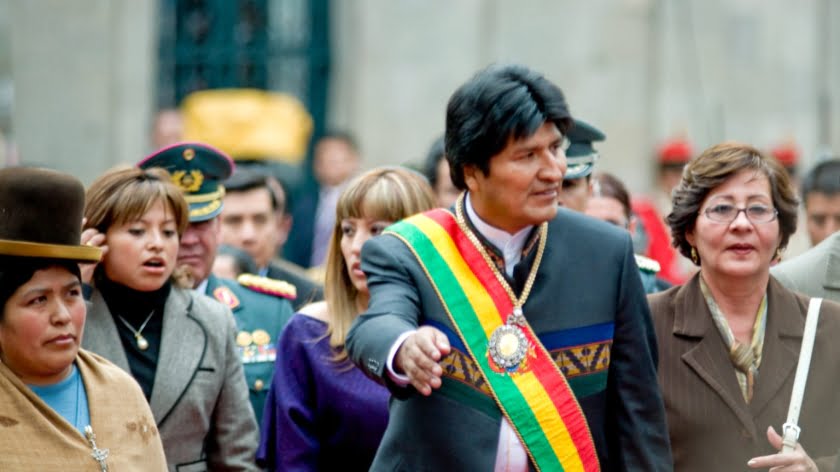 Years from now, maybe a generation from now, it will be permissible to describe Evo Morales’s resignation-at-gunpoint two weeks ago as what it was: a coup the U.S. cultivated just as it has dozens of others since it emerged as a superpower in 1945. The acknowledgement will not matter then. The events in question will be comfortably distant in time. Those responsible for deposing the Bolivian president will be either retired or deceased. Americans will not have fooled any Bolivians, for this autumn will be etched in their memories, but Americans will have once again fooled themselves.

This is how it often goes when Washington crushes the democratic aspirations of others by toppling legitimately elected leaders and replacing them with figures — usually corrupt, often dictatorial, by definition undemocratic — to its liking. It took decades for the U.S. to acknowledge the C.I.A.–directed coup in 1953 against the Mossadegh government in Iran: President Barack Obama did so (without apologizing) in 2009. Forty-five years after the fact, Bill Clinton spent half a day in Guatemala expressing regret for the coup that brought down President Jacobo Árbenz in 1954.

This is what awaits us now in the case of Bolivia — a long interim of self-deception, ending only when the truth makes little difference and responsibility can no longer be assigned.

Here is some of what Bill Clinton, president at the time, said in Guatemala City in March 1999. He spoke shortly after Guatemala’s Historical Clarification Commission — a name one has to love — concluded that in deposing Árbenz the U.S. was responsible for the blood-soaked human rights abuses that followed during 36 years of civil war:

“It is important that I state clearly that support for military forces or intelligence units which engaged in violent and widespread repression of the kind described in the report was wrong. And the United States must not repeat that mistake. We must and we will instead continue to support the peace and reconciliation process in Guatemala.”

This is a complacently dishonest statement, and it is essential to recognize not only Clinton’s dishonesty but also its consequences. These bear directly on the Bolivia question now.

Clinton was explicit in asserting that the Árbenz coup was an injustice that will not happen again. The past was evil, but evil has passed: This is a sound summation of his message. Having followed Clinton’s Central American tour at the time, I remain convinced that he addressed Americans at least as much Guatemalans when he made the just-quoted remarks. Some of us intervened violently in another country and caused much suffering, he told us norteamericanos, but we are not those people. They are gone now and we are better than they were.

This is the message implicit in all of the apologies U.S. officials occasionally make for misdeeds safely packed away in history’s deep freeze. In it we find the grand illusion of America’s present-day innocence. And it is by this illusion that the U.S. regularly repeats the mistake Clinton mentions, always certain that its injustices lie in a past for which Americans alive in the present bear no burden of guilt.

What are we to make of America’s apologies to others in view of the record before and after one or another of these expressions of regret? In Latin America alone, the Guatemalan “mistake” in 1954 was repeated, successfully or otherwise, in Cuba (1961, Bay of Pigs), Chile (1973), Nicaragua (1981–90, the Contra insurgency), and Honduras (2009). Washington has been trying for years to repeat its mistake in Venezuela and is currently trying again in Nicaragua. In the Venezuela case, sanctions have already succeeded in destabilizing the nation’s economy.

We have just watched it make this mistake in Bolivia. John Bolton, in his noted “troika of tyranny” speech a year ago, lumped Cuba with Venezuela and Nicaragua. Trump’s now-departed national security adviser unabashedly promised coups in all three nations.

The past is evil, all right, but evil has not passed.

Language is the battleground in the Bolivian case, as in all others like it in the past. This is as it should be. The fight for plain, spade-a-spade language is one worth fighting. It is by naming things and events honestly that we shed our illusions of innocence. This is the essential first step if America is to alter its ruinous conduct abroad. To fail in this is to protect the illegal practices of a disorderly hegemonic power from scrutiny.

Our corporate media have treated us to a remarkable display of hand-wringing and verbal contortions to avoid using the term “coup” in describing the events in La Paz from Oct. 20, when Morales was elected to a fourth term, and Nov. 10, when his high command forced him into exile. “Was there a coup in Bolivia?” The Economist asked after Morales sought asylum in Mexico. “Coup isn’t the right word,” the reliably neoliberal Foreign Policy protested as if in response. This is the same journal that published a piece in mid–2018 headlined, “It’s Time for a Coup in Venezuela.”

To read the mainstream press on Bolivia is to enter a hall of mirrors. The violent overthrow of an elected president struck a blow for the restoration of order and the rule of law. Christian fundamentalists of European descent, racist to the core and explicitly contemptuous of Bolivia’s indigenous majority, are “democrats” worthy of our support. Bolivia’s first indigenous president, highly popular for lifting an impressive percentage of Bolivians out of poverty, was a hated, “tyrannical dictator.”

This, the Orwellian touch, is routine — and is routinely reported in the American press. When the murderous General Abdul–Fattah al–Sisi took power in Egypt in a coup six years ago, John Kerry, as U.S. secretary of state, applauded him for “restoring democracy.” For good measure the secretary of state added, “The military did not take over.”

Accurate, responsible accounts of the events surrounding Morales’s ouster are perfectly available, even if they appear amid a sea of mis– and disinformation. The Grayzone’s reporting on Bolivia this autumn is second to no one’s. Last week Fairness and Accuracy in Reporting, FAIR, carried a highly informed and informative interview with Alex Main of the Center for Economic and Policy Research in Washington.

These publications make the truth of events in Bolivia easily legible. There was no “drastic change” in the vote count late in the polling process, as the U.S.–controlled Organization of American States alleged. Neither was there a suspicious interruption in official reports of the final results, as also alleged. Many of the key figures in the coup have dense ties to Washington; some, including Williams Kalimán Romero, the since-replaced commander of the armed forces at the time of the coup, were trained at WHINSEC, the military training base in the U.S. state of Georgia previously (and infamously) known as the School of the Americas.

Just as it has elsewhere — Venezuela and Ukraine are recent examples — Washington was supporting right-wing political parties and opposition “civil society” groups even before Morales first won office in 2006. The first U.S.–cultivated coup attempt against him came two years later.

Do we have prima facie proof of Washington’s involvement in the coup against Morales? This is rarely available in such circumstances as these. As in many other cases, we may have to wait for the historians and the declassification of foreign- relations records. The closest we come so far in the Bolivia case is a set of 16 audio recordings released Nov. 10 by El Periódico, an independent publication in Costa Rica. These appear to record top coup plotters as they plan actions against the Morales government and, in one, discuss the support they receive from Senators Marco Rubio, Ted Cruz, and Bob Menendez — all of whom have taken a hand in previous Latin American interventions.

The recordings are here with English-language summaries of each recording, and here in the original El Periódico version. Provenance, chain of custody, the identities of those who made the recordings and those whose voices are recorded: None of this is clear. El Periódico did not reply to queries sent by email. But given how closely these audios align with established procedures in U.S.–cultivated coups (such as a leaked audio regarding the coup in Ukraine), and the formidable accumulation of compelling circumstantial evidence, they cannot be dismissed pending needed verifications.

What just happened in Bolivia happened in Guatemala 65 years ago, 66 in Iran, and so on. Coups were conducted in more or less the same fashion, without so much as a procedural update. Now as on previous occasions, most Americans are kept ignorant of what has been done in their name — and, atop this, remain indifferent to their ignorance. This is a media failure as much as a moral failure. When Bolton openly promises coups across Latin America, and liberal magazines such as FP cheer on such plans in banner headlines, we must conclude that in our late-imperial phase we are a numbed nation.

Washington has just degraded Bolivia’s long effort to climb out of poverty, to take control of its resources and its destiny, and to escape from centuries of exploitation at the hands of Westerners. This is shameful. The silent consent of most Americans after many decades of unlearned lessons is equally so. 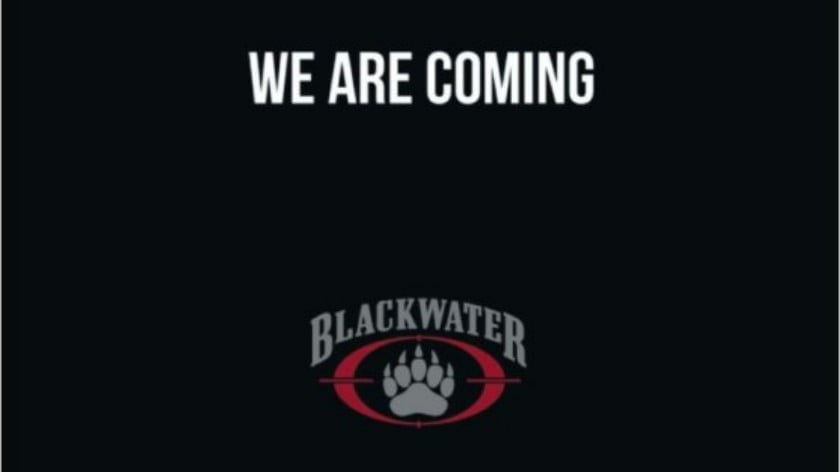 Secretary of Defense Jim Mattis is out. Mattis’ resignation comes amid news that President Donald Trump has directed the drawdown of 2,000 U.S. forces in Syria, and 7,000 U.S. forces from Afghanistan, a U.S. official confirmed to Military Times, a story first reported by the Wall Street Journal. This month, in the January/February print issue of the gun… 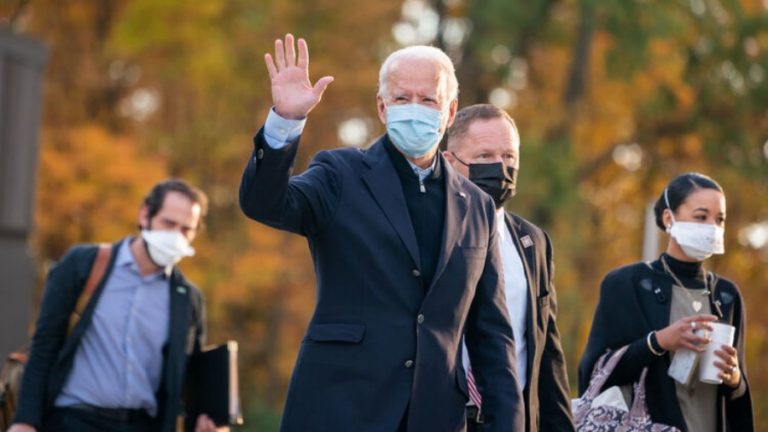 One crackling theme streaking through the US elections of 2020 was the issue of mask wearing.  Critics initially felt that facemasks were of the too important category in combating the novel coronavirus: purchasing and using them was tantamount to prizing valuable protective equipment from doctors and frontline workers.  But COVID-19 continued to rage, and various… 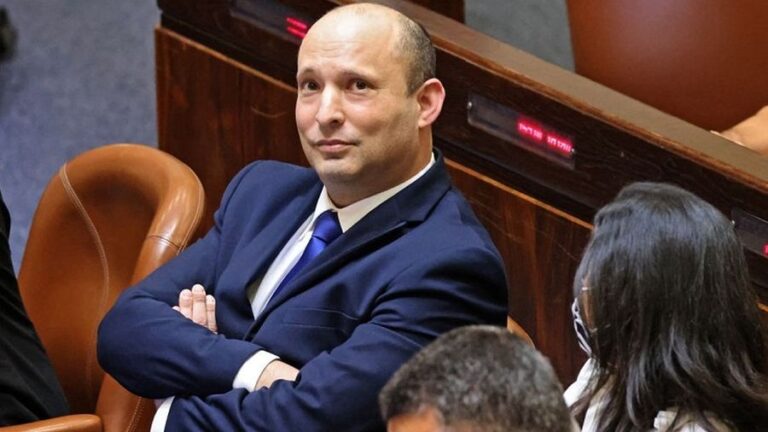 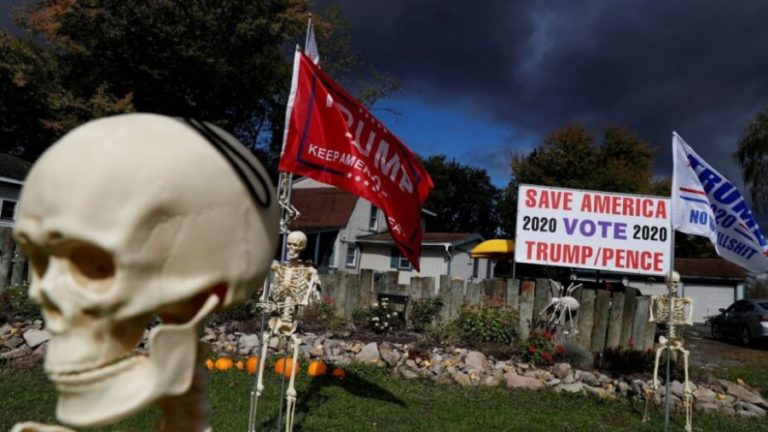 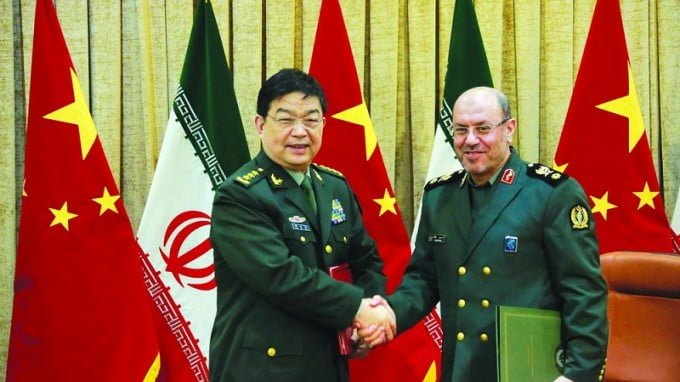 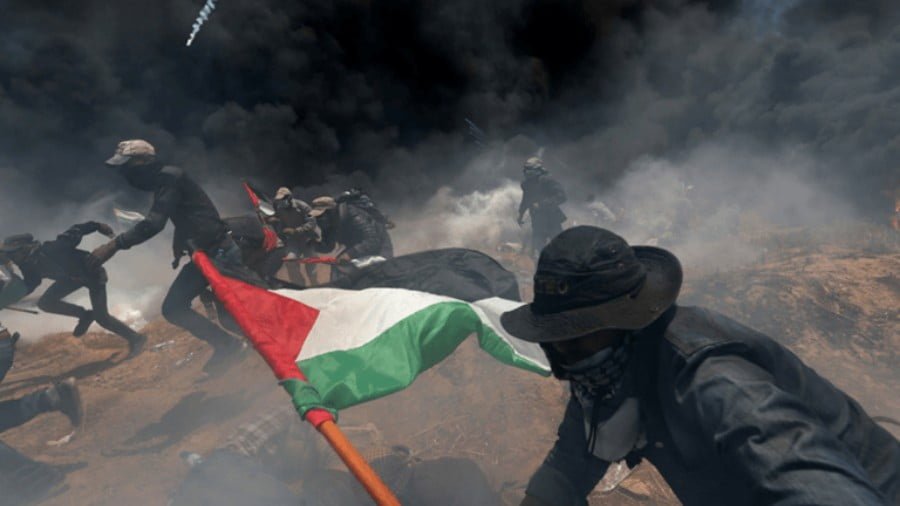