With its drone missile assassination of Iranian Gen. Qassem Soleimani and seven others at Baghdad’s international airport in the early morning hours of Friday, the Trump administration has carried out a criminal act of state terrorism that has stunned the world.

Washington’s cold-blooded murder of a general in the Iranian army and a man widely described as the second most powerful figure in Tehran is unquestionably both a war crime and a direct act of war against Iran.

It may take some time before Iran responds to the killing. There is no question that Tehran will, in fact, react, especially in the face of public outrage over the murder of a figure who had a mass following.

But Iran will no doubt devote far more consideration to its response than Washington gave to its criminal action. The country’s National Security Council met on Friday, and in all probability Iranian officials will discuss the murder of Soleimani with Moscow, Beijing and, more likely than not, Europe. US officials and the corporate media seem almost to desire immediate retaliation for their own purposes, but the Iranians have many options.

It is a political fact that the killing of Soleimani has effectively initiated a war by the US against Iran, a country four times the size and with more than double the population of Iraq. Such a war would threaten to spread armed conflict across the region and, indeed, the entire world, with incalculable consequences.

This crime, driven by increasing US desperation over its position in the Middle East and the mounting internal crisis within the Trump administration, is staggering in its degree of recklessness and lawlessness. The resort by the United States to such a heinous act testifies to the fact that it has failed to achieve any of the strategic objectives that led to the invasions of Iraq in 1991 and 2003.

The murder of Soleimani is the culmination of a protracted process of the criminalization of American foreign policy. “Targeted killings,” a term introduced into the lexicon of world imperialist politics by Israel, have been employed by US imperialism against alleged terrorists in countries stretching from South Asia to the Middle East and Africa over the course of nearly two decades. It is unprecedented, however, for the president of the United States to order and then publicly claim responsibility for the killing of a senior government official who was legally and openly visiting a third country.

Soleimani, the leader of Iran’s Islamic Revolutionary Guard Corps’s Quds Force, was not an Osama bin Laden or Abu Bakr al-Baghdadi. On the contrary, he played a pivotal role in defeating the forces of Al Qaeda and the Islamic State of Iraq and Syria (ISIS), which those two figures, both assassinated by US special operations death squads, had led.

Hundreds of thousands of people filled the streets of Tehran and cities across Iran on Friday in mourning and protest over the slaying of Soleimani, who was seen as an icon of Iranian nationalism and resistance to US imperialism’s decades-long attacks on the country.

In Iraq, the US drone strike has been roundly condemned as a violation of the country’s sovereignty and international law. Its victims included not only Soleimani, but also Abu Mahdi al-Muhandis, the second-in-command of Iraq’s Popular Mobilization Forces (PMF), the 100,000-strong coalition of Shia militias that is considered part of the country’s armed forces.

This response makes a mockery of the ignorant and thuggish statements of Trump and his advisors. The US president, speaking from his vacation resort of Mar-a-Lago in Florida, boasted of having “killed the number one terrorist anywhere in the world.” He went on to claim that “Soleimani was plotting imminent and sinister attacks on American diplomats and military personnel, but we caught him in the act and terminated him.”

Trump charged that the Iranian general “has been perpetrating acts of terror to destabilize the Middle East for the last 20 years.” He declared, “What the United States did yesterday should have been done long ago. A lot of lives would have been saved.”

Who does the US president think he is fooling with his Mafia rhetoric? The last 20 years have seen the Middle East devastated by a series of US imperialist interventions. The illegal 2003 US invasion of Iraq, based on lies about “weapons of mass destruction,” claimed the lives of over a million people, while decimating what had been the among the most advanced societies in the Arab world. Together with Washington’s eighteen-year-long war in Afghanistan and the regime-change wars launched in Libya and Syria, US imperialism has unleashed a regionwide crisis that has killed millions and forced tens of millions to flee their homes.

Soleimani, whom Trump accused of having “made the death of innocent people his sick passion”—an apt self-description—rose to the leadership of the Iranian military during the eight-year-long Iran-Iraq war, which claimed the lives of some one million Iranians.

He became known to the US military, intelligence and diplomatic apparatus in 2001, when Tehran provided intelligence to Washington to assist its invasion of Afghanistan. Over the course of the US war in Iraq, American officials conducted back-channel negotiations with Soleimani even as his Quds Force was providing aid to Shia militias resisting the American occupation. He played a central role in picking the Iraqi Shia politicians who led the regimes installed under the US occupation.

Soleimani went on to play a leading role in organizing the defeat of the Al Qaeda-linked militias that were unleashed against the government of Bashar al-Assad in the CIA-orchestrated war for regime change in Syria, and subsequently in rallying Shia militias to defeat Al Qaeda’s offspring, ISIS, after it had overrun roughly one-third of Iraq, routing US-trained security forces.

To describe such a figure as a “terrorist” only means that any state official or military commander anywhere in the world who cuts across the interests of Washington and US banks and corporations can be labeled as such and targeted for murder. The attack at the Baghdad airport signals that the rules of engagement have changed. All “red lines” have been crossed. In the future, the target could be a general or even president in Russia, China or, indeed, any of the capitals of Washington’s erstwhile allies.

After this publicly celebrated assassination—openly claimed by a US president without even a pretense of deniability—is there any head of state or prominent military figure in the world who can meet with US officials without having in the back of his mind that if things do not go well, he too might be murdered?

The killing of General Soleimani in Baghdad was compared by Die Zeit, one of Germany’s newspapers of record, to the 1914 assassination of Archduke Franz Ferdinand of Austria. As in the prior case, it stated, “the whole world is holding its breath and anxiously waiting for what may come.”

This criminal act carries with it the threat of both world war and dictatorial repression within the borders of the United States. There is no reason to believe that a government that has adopted murder as an instrument of foreign policy will refrain from using the same methods against its domestic enemies.

The assassination of Soleimani is an expression of the extreme crisis and desperation of a capitalist system that threatens to hurl humanity into the abyss.

The answer to this danger lies in the international growth of the class struggle. The beginning of the third decade of the 21st century is witnessing not only the drive to war, but also the upsurge of millions of workers across the Middle East, Europe, the United States, Latin America, Asia and every corner of the globe in struggle against social inequality and the attacks on basic social and democratic rights.

This is the only social force upon which a genuine opposition to the war drive of the capitalist ruling elites can be based. The necessary response to the imperialist war danger is to unify these growing struggles of the working class through the construction of a united, international and socialist antiwar movement. 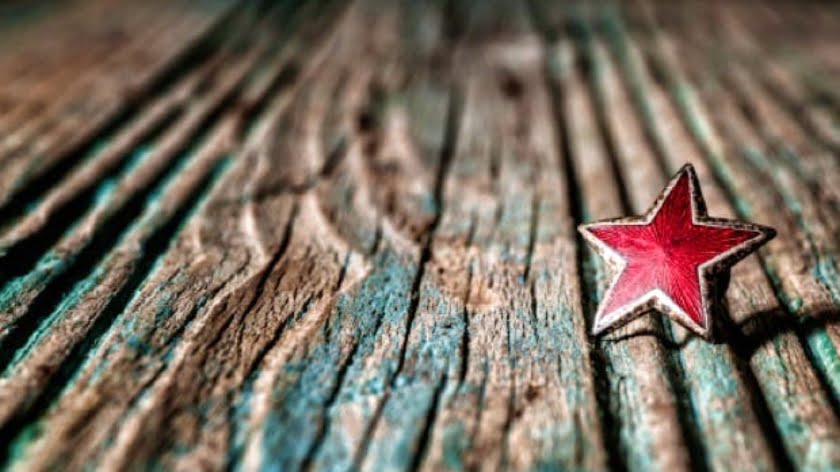 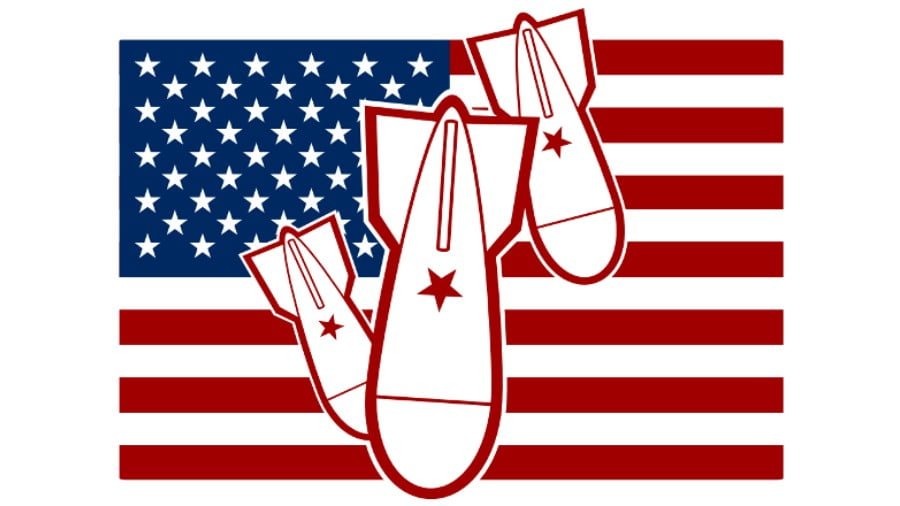 Americans like to think of their country as different from those run by military regimes. They are only fooling themselves. Ever since the federal government was converted into a national-security state after World War II (without a constitutional amendment authorizing the conversion), it has been the Pentagon, the CIA, and the NSA that have run… 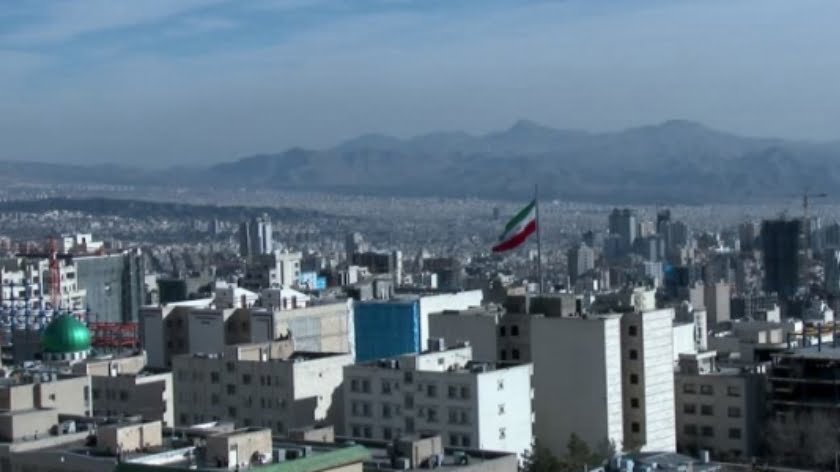 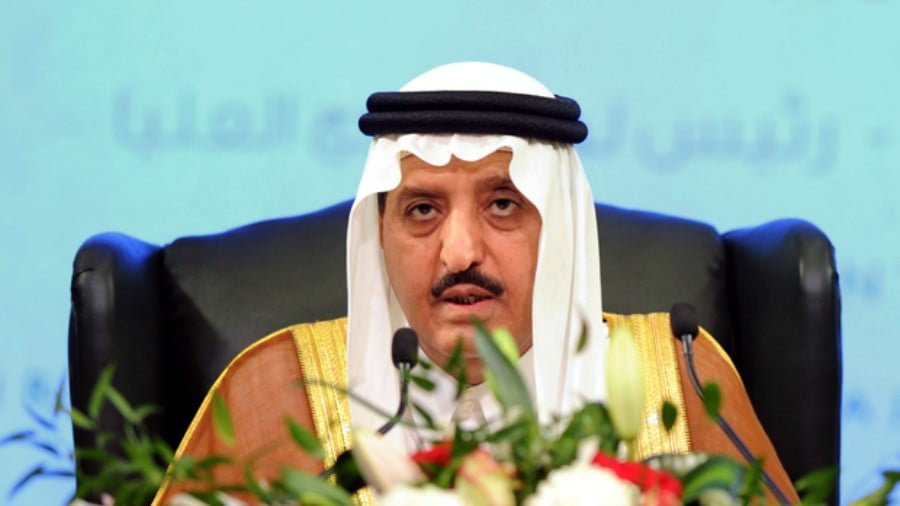