Despite Trump’s apparent show of strength in the cynical ‘Peace to Prosperity’ plan, he is actually helping Netanyahu destroy Israel, the European colony in Palestine.

Palestinian envoy to Britain Husam Zomlot said the announcement was a “piece of political theatre” and will push the situation “over the cliff and into apartheid”. Hamas rejected the plan as “nonsense” (RT 2020). Netanyahu, who has always been focussed on the expansion of ‘Greater Israel’, said that the Zionist state owes both Kushner and Trump “an eternal debt of gratitude”.

Trump’s ‘Peace to Prosperity’ plan (“A vision to improve the lives of the Palestinian and Israeli people”) is a revised version of the 2019 Kushner plan (the so-called “deal of the century”), which offered an illusory promise of long term money (mostly Gulf Arab money) in exchange for political surrender. The new version speaks of a “realistic two state solution” – because “Israel has now agreed to terms for a future Palestinian State” – with a tiny Palestinian statelet cramming the majority Arab population of historic Palestine into 15% of the land. Israel would control the vast majority of the West Bank (White House 2020). With no sovereign powers for the statelet, this deliberately enhances the status quo of a single state.

Trump’s latest plan follows a series of initiatives hostile to Palestinian and Syrian interests: breaching international law to recognize Jerusalem as a Zionist possession, breaching international law to annex the Syrian Golan, trying to legitimize the multiple Israeli colonies on the West Bank, demanding (in the Kushner plan) an effective Palestinian surrender on statehood and adopting the IHRA claim that any anti-Israel criticism is ‘racist’ and so illegitimate (IHRA 2016).

At this stage in the history of the colony, the 72 year old illusion of a ‘two state solution’ remains the main obstacle to a democratic Palestine. Trump’s plan seems an ‘advance’ on the Kushner Plan, in trying to keep that illusion alive. A majority of liberal Jews in the USA, for example, still hold to the two state illusion. But Netanyahu and his colleagues have always wanted it all.

The problem for the more ambitious Zionists is two-fold: (1) Palestinians have resisted, by guerrilla warfare and by not going away, and now slightly outnumber Jewish Israelis in historic Palestine; (2) destruction of the two state myth, and widespread recognition that there is only a single apartheid state, will bring a dramatic collapse in Israeli legitimacy across the world.

The more astute Zionist leaders know this. Former Israeli PM Ehud Olmert recognized that “if the day comes when the two-state solution collapses, and we face a South African-style struggle for equal voting rights … the State of Israel is finished” (Olmert 2007).

Historically, Israel as a sectarian European colony, has always relied on substantial ethnic cleansing. On 3 December 1947, as the campaign intensified, Zionist leader David Ben Gurion told his party faithful that the “40% non-Jews in the areas allocated to the Jewish state” was “not a solid basis for a Jewish state .. only a state with at least 80% Jews is a solid and viable state” (Pappe 2006: 76).

For that reason, Ben Gurion’s ‘Plan Dalet’ of March 1948 called for operations “destroying villages (by setting fire to them, by blowing them up, and by planting mines in their debris) and especially of those population centers which are difficult to control … [the operations required are] encirclement of the villages, conducting a search inside them. In case of resistance, the armed forces must be wiped out and the population expelled outside the borders of the state” (Pappe 2006: 68; Vidal 1997).

That plan was carried out and featured the Deir Yassin massacre of 9 April, where 107 villagers were killed, and a series of expulsions in which 531 villages and eleven urban neighborhoods were destroyed and 800,000 became refugees (Pappe 2006: xiii; Vidal 1997).

Yet despite this ethnic cleansing, military domination and annexations, Israeli agencies confirm that the current Arab population of historic Palestine (Arab Israelis plus those on the West Bank and in Gaza) is roughly equal to the population of Jewish Israelis.

A report from Jerusalem in 2011 showed that the Palestinian population of that city had risen from 25.5% in 1967 to 38% in 2009 (AIC 2011: 10, 12). The Jewish Virtual Library shows that the Jews of Israel / 1948 Palestine have declined from a peak of 88.9% in 1960 to 74.7% in 2017 (JVL 2017). In parallel, officials from Israel’s Central Bureau of Statistics and the military run civil administration of the Occupied Territories (COGAT) say that the Arab population of Gaza, the West Bank and Arab [second class] citizens of Israel, along with residents of the annexed East Jerusalem municipality, add up to 6.5 million, about the same number as “Jews living between the Jordan Valley and the Mediterranean” (Heller 2018).

For all the apparent advances of Israeli power, Palestinian resistance has enhanced both the ‘demographic threat’ to Israel and the colony’s illegitimacy, in the international sphere.

In that context, Trump and Netanyahu are building an even more extreme illegitimacy, by consolidating a more openly apartheid state. In a report commissioned for the UN several years back, legal scholars Richard Falk and Virginia Tilley (2017), made it clear that Israel had already become an ‘apartheid state’, which is a crime against humanity. The international community had a responsibility to dismantle such a regime, they said.

Richard Falk, who had been a Special Rapporteur on Occupied Palestine for the UN, said that Palestine was wining the legitimacy battle: “Palestine is winning what in the end is the more important war, the struggle for legitimacy, which is most likely to determine the political outcome”. In the context of anti-colonial struggles, he continues, citing Vietnam, Algeria and Iraq, “the side with the greater perseverance and resilience, not the side that controlled the battlefield, won in the end” (Falk 2014).

Ironically it is the Palestinian Authority (PA), paid and contracted by the US and the Israeli regime, that helps keeps alive the illusion of two states. The PA blocks a clear and unified Palestinian strategy to dismantle apartheid Israel in favor of a single democratic state.

But where the PA has failed, Netanyahu and Trump are succeeding. While Israeli expansion has been blocked by the Lebanese resistance in the north and the resistance of Gaza in the south, Netanyahu has persisted with a steady colonization of the West Bank, undermining any viable Palestinian state.

Now Trump has added to this drive, offering only the fig leaf of a powerless ghetto on a small part of the West Bank and in Gaza. Israel’s contempt for the people of Gaza is plain. This is reminiscent of the failed Bantustan Homelands solution offered by apartheid South Africa, just before that regime collapsed (SAHO 2020). More open apartheid in Palestine will mean the death of Israel. Thank you Trump and Netanyahu.

Falk, Richard (2014) ‘On ‘Lost Causes’ and the Future of Palestine’, The Nation, 16 December, online: https://www.thenation.com/article/lost-causes-and-future-palestine/

Dead on Arrival: Dissecting Trump’s Vision for the Future of Palestine

U.S in the Middle-East: Preparing for Disaster

The Israeli Defense Force (IDF) soldier and medic Elor Azaria, who was filmed last March (by Imad Abu Shamsiya, a Palestinian B’Tselem volunteer) executing an incapacitated Palestinian man, Fattah al-Sharif, in cold blood has been convicted of manslaughter. He is now the modern Israeli hero, “the child of all of us” as many Israelis refer… 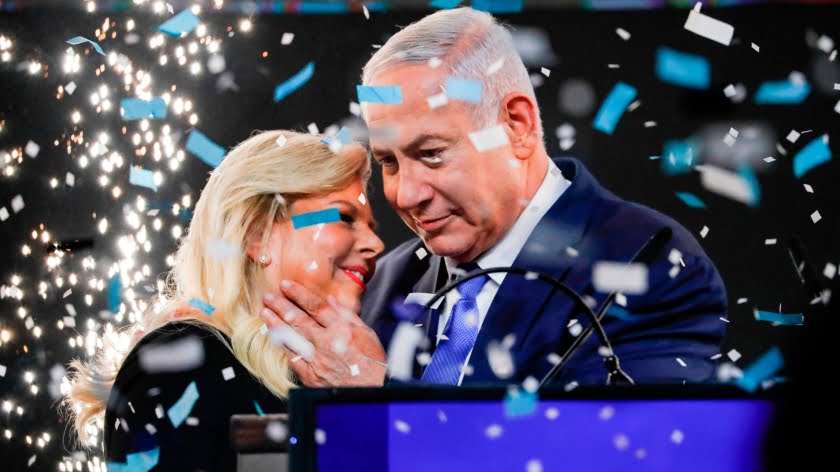 Benjamin Netanyahu is an early version of the nationalist populist leaders that have come to power in country after country in recent decades. He has an acute sense of who holds – and does not hold – power and how to manipulate it. No wonder he gets on well with Donald Trump and Vladimir Putin…. 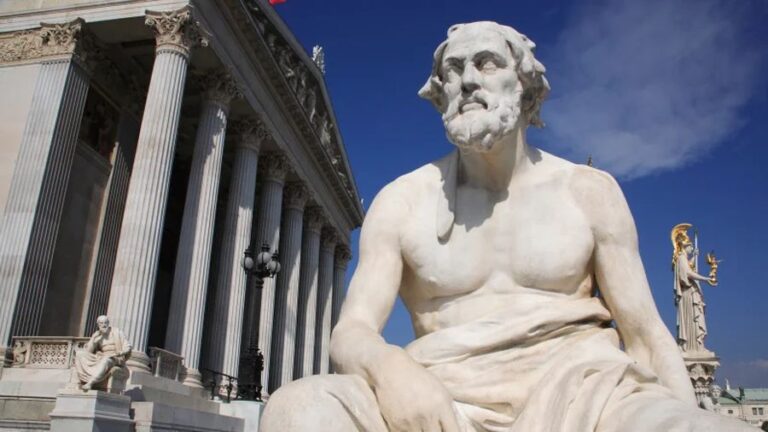 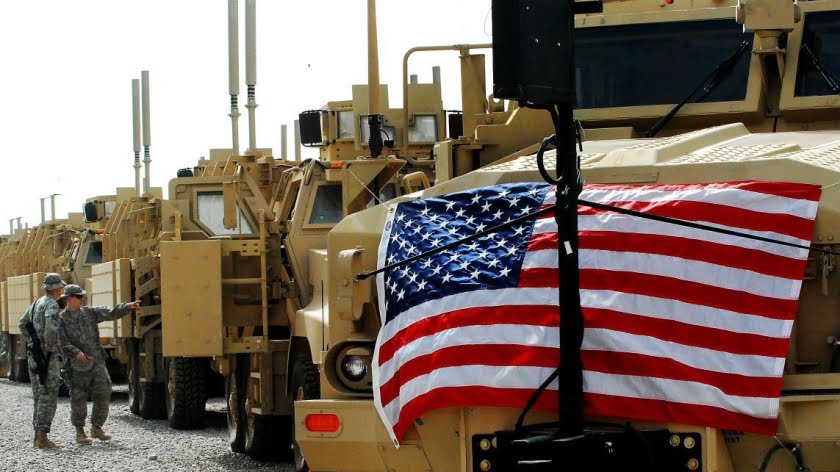