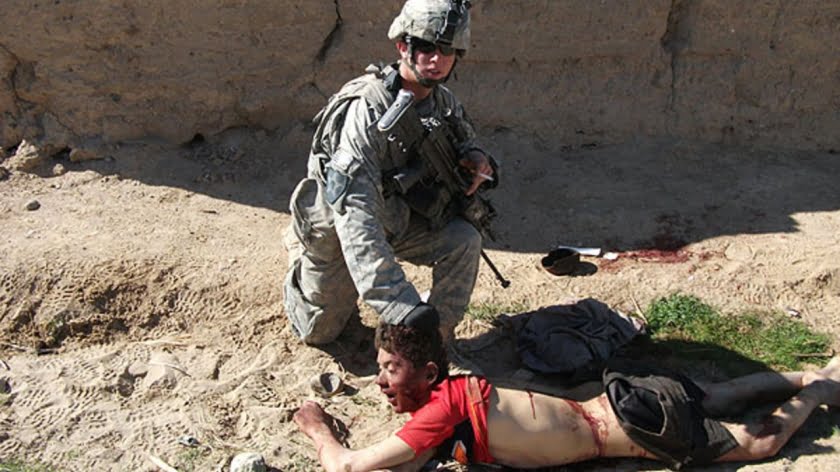 An appellate panel of the International Criminal Court (ICC) ruled Thursday that an investigation leading to the potential prosecution of US officials for war crimes during Washington’s nearly two-decade-old war in Afghanistan can move forward.

Fatou Bensouda, the court’s Gambian-born chief prosecutor, whose US visa was revoked for her pursuit of the probe, praised Thursday’s ruling, stating, “Today is an important day for the cause of justice in Afghanistan.”

The ruling overturned a decision by ICC pretrial judges last year that a case involving crimes by the US and its puppet regime in Afghanistan “would not serve the interests of justice” because of the abject refusal of Washington and Kabul to cooperate. This decision was taken in the context of US threats of retaliation against the court, including economic sanctions and even the arrest of its members if the investigation was allowed to move forward.

The appeals judges ruled that last year’s decision was in contradiction to the ICC’s own statutes, holding that “It is for the prosecutor to determine whether there is a reasonable basis to initiate an investigation.” The appeals judges said that the pretrial panel had no business deciding whether the case served the “interests of justice,” but only whether there were grounds to believe that crimes had been committed and that they fell under the court’s jurisdiction.

The investigation is one of the first to be launched against a major imperialist power by the ICC, whose prosecutions have largely been limited to crimes committed by regimes and leaders in impoverished African countries. A preliminary investigation has also been launched into war crimes carried out by British forces in the US-led 2003 invasion of Iraq. Unlike the US, the UK is a signatory to the agreement establishing the international court.

The ICC’s prosecutors first opened a preliminary probe into crimes against humanity and war crimes in Afghanistan nearly 14 years ago.

US Secretary of State Mike Pompeo responded to Thursday’s ruling with the bellicose threats that have been the trademark of Washington toward the ICC since its founding by a decision of the United Nations in 2002. Describing the investigation as a “political vendetta” by an “unaccountable political institution masquerading as a legal body,” the secretary of state vowed that Washington would “take all necessary measures to protect our citizens from this renegade, unlawful so-called court.”

He characterized the ICC appeals judges’ ruling as “reckless” because it was issued after Washington had signed a so-called “peace deal” with the Taliban five days earlier. That agreement has already begun to unravel, with the US military carrying out air strikes against the Taliban after the Islamist movement launched multiple attacks on forces of Afghanistan’s US-backed puppet regime. The unstated assumption in Pompeo’s remarks is that “peace” in Afghanistan can be achieved only based on a cover-up of Washington’s crimes.

Asked whether the Trump administration would retaliate against the court, the secretary of state said that measures would be announced within “a couple of weeks about the path that we’re going to take to ensure that we protect American soldiers, sailors, airmen, Marines, our intelligence warriors, the diplomats that have worked for the State Department over the years to ensure that the ICC doesn’t impose… pressure on them in a way that doesn’t reflect the noble nature of the undertakings of every one of those Americans.”

The concern in Washington is not for the troops, but rather that the real authors of the crimes in Afghanistan will someday be held to account: the presidents and their cabinets along with the top generals, the leading politicians of both major parties, the big business interests that supported the war and the media pundits who promoted it.

Pompeo went on to insist, “We have a solid system here in the United States. When there’s wrongdoing by an American, we have a process by which that is redressed.” The character of this “solid system” was made clear last year with Trump’s pardon of convicted war criminals, including two US Army officers convicted and jailed for illegal killings in Afghanistan.

The ICC prosecutor Bensouda requested the investigation of war crimes in 2017, saying there was evidence that US military and intelligence agencies had “committed acts of torture, cruel treatment, outrages upon personal dignity, rape and sexual violence” against detainees in Afghanistan.

In its ruling Thursday, the ICC Appeals Chamber declared it “appropriate to amend the appealed decision to the effect that the prosecutor is authorized to commence an investigation into alleged crimes committed on the territory of Afghanistan since May 1, 2003, as well as other alleged crimes that have a nexus to the armed conflict in Afghanistan.”

The prosecutor has already indicated that this extension of the investigation involves the “nexus” between the torture centers set up at Bagram Air Base and other US installations in Afghanistan to so-called “black sites” run by the CIA in countries like Poland, Lithuania and Romania. It could as well link to the infamous Abu Ghraib detention and torture facility in Iraq, where US military interrogators were sent after torturing prisoners in Afghanistan. It could also potentially encompass the drone assassinations and massacres of thousands carried out by successive US administrations in neighboring Pakistan.

The war crimes carried out by US imperialism since it invaded Afghanistan in October 2001 are innumerable. They began at the outset with massacres of unarmed detainees, including hundreds, if not thousands, of prisoners of war who were asphyxiated and shot to death in sealed metal shipping containers after the siege of Kunduz.

Among the most infamous crimes were those exposed in an investigation into a so-called “Kill Team” formed by a unit of the US Army’s 5th Stryker Brigade sent into Kandahar Province as part of the Obama administration’s 2009–2010 “surge,” which brought the number of troops in Afghanistan to roughly 100,000. As members of the team themselves acknowledged—and documented in grisly photographs—they set out to systematically murder civilians and mutilate their bodies, taking fingers and pieces of skulls as trophies.

They lured one of their victims, a 15-year-old boy named Gul Mudin, toward them before throwing a grenade at him and repeatedly shooting him at close range. After bringing his father to identify the body, they took turns posing and playing with the corpse, before cutting off one of the boy’s fingers. Members of the team also described throwing candy from their Stryker armored vehicle while driving through villages and then shooting children who ran to pick it up.

While the Pentagon sought to pass off these atrocities as the work of a few “bad apples,” the killings were known to their commanders and other units that participated in similar acts. They were the product of a criminal colonial occupation in which troops were taught to regard the entire civilian population as potential enemies and less than human.

The number of Afghans killed in the conflict is estimated at over 175,000, with many more indirect victims of the war’s destruction. Nearly 2,400 US troops have been killed, along with tens of thousands more wounded. US crimes include indiscriminate air strikes that wiped out wedding parties, village meetings and hospital patients and staff.

Among the most extensive exposures of US war crimes were those contained in the so-called “Afghan War Diaries,” some 91,000 documents given by the courageous US Army whistleblower Chelsea Manning to WikiLeaks in 2010. In retaliation, WikiLeaks founder Julian Assange is now imprisoned in the UK facing extradition to the US on Espionage Act charges that carry a 175-year prison sentence, or worse. For her part, Manning is being held in indefinite detention in a US federal detention center in Virginia for refusing to testify against Assange.

Washington’s virulent hostility to any international investigation into its crimes was clear as soon as the ICC was founded in 2002. The Bush administration repudiated it from the outset, and the US Congress followed suit through its passage by an overwhelming bipartisan majority of a law protecting all US personnel from “criminal prosecution by an international criminal court to which the United States is not a party.” The same year, Bush issued a memorandum declaring that the US would not be bound by the Geneva Conventions in its war in Afghanistan.

US officials have sardonically referred to the anti-ICC law passed by Congress as the “Hague Invasion Authorization Act,” as it provides for the use of military force to free any US citizens facing charges before the ICC, which sits in The Hague, Netherlands.

The US reaction to the ICC’s Afghanistan investigation is an explicit repudiation of international law and the abandonment of any pretense that Washington is guided by anything other than the predatory interests of US imperialism. On this, the Trump administration and its ostensible opponents in the Democratic Party are agreed. Their unconditional defense of the war crimes carried out in Afghanistan, Iraq and elsewhere is a warning to the working class that far greater crimes are being prepared as US imperialism prepares for “great power” conflicts. 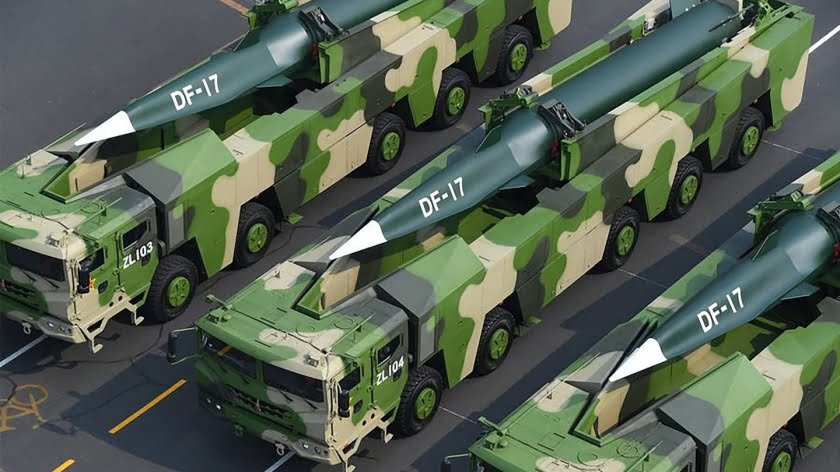 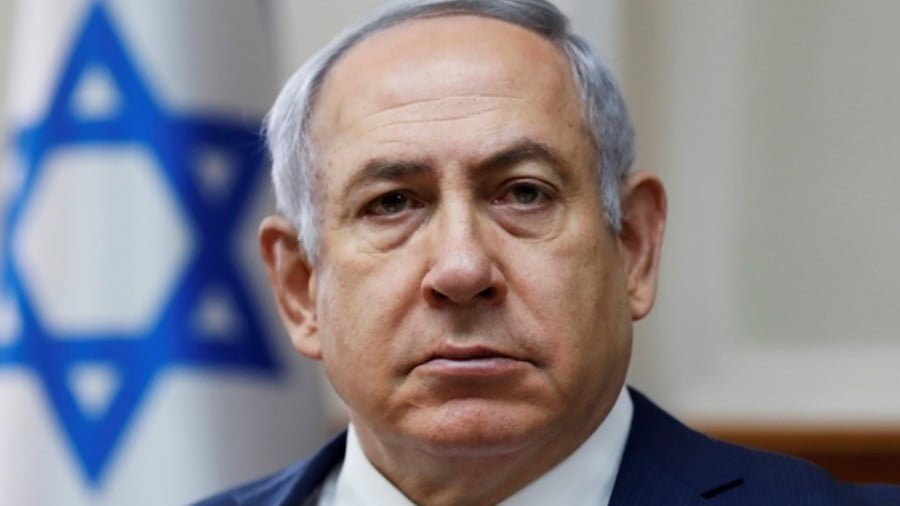 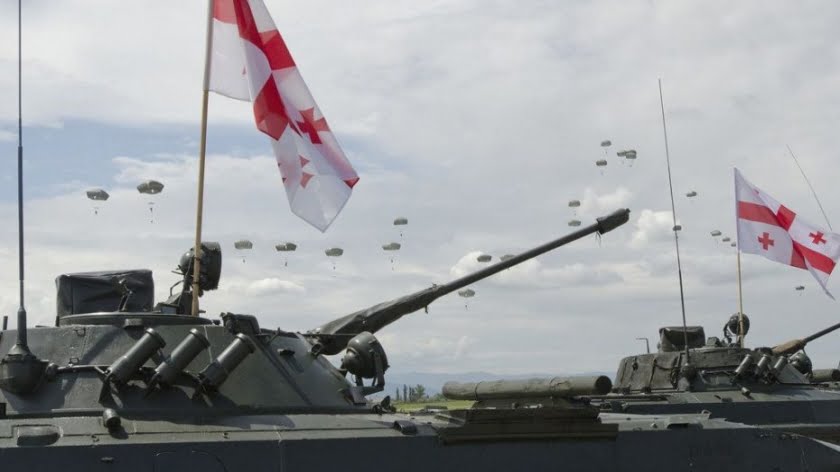 The US-NATO alliance is determined to encircle Russia more tightly, and Georgia wants to help it do so, Brian Cloughley writes. Britain’s Daily Express newspaper is a bizarre publication that specialises in sensationalist raving. Some of its reports are weird beyond imagination, and it went even further than usual into fogs of delusion on April…