The graphic footage, filmed by body cameras worn by the elite troops and broadcast on national television, must lead to the soldiers being tried for murder.

Australians always look forward to celebrating Anzac Day, but this year it will be different because a pall of shame has fallen over our armed forces thanks to a jaw-dropping TV expose aired this week that showed elite Aussie soldiers murdering Afghan civilians in cold blood when they were supposed to be protecting them from the Taliban.

While a four-year inquiry into the behavior of its soldiers in Afghanistan, by the Inspector General of the Australian Defence Force, is still to deliver on its investigation, the chances of alleged war crimes being swept under the rug thanks to lying soldiers misguidedly protecting their comrades, misinformation from witnesses, or from a political cover-up, have just been blown out of the water.

Thanks to whistleblower Braden Chapman, a former army intelligence officer who witnessed the atrocities first hand in 2012, no one can ignore the reality of what happened as the Aussie Special Air Services Regiment (SAS) stormed the dusty villages of Afghanistan in search of those it considered legitimate targets.

Among the alleged crimes, Chapman says he witnessed an army dog handler allowing his charge to chew on the head of a newly-murdered man, another where an elite troop punched a child in the face and a third showing a soldier seemingly in the grip of ‘blood lust’ firing indiscriminately and throwing thermal grenades from close range into a mud hut occupied by several Afghan combatants.

Then there is the execution of a young, apparently unarmed Afghan man in a quiet wheat field. Shot from a distance of around two meters, his killer seems indifferent to the fact that his act was being filmed.

Somehow, those involved in several of the incidents explored in the documentary had already faced investigation over their actions but were found to have acted lawfully. Looks like they might have some further questions to answer now.

The culprits will regret that alongside their modern-tech weapons and armor they wore high definition body cameras that caught some of the inhumanity, and equally grim audio commentary, during their operations to flush out enemy combatants.

Several of the worst offenders, caught clearly on camera apparently murdering Afghans with thermal grenades, guns and through severe beatings, are still serving in the ADF. Though probably not for much longer thanks to their grinning murderous faces being caught for posterity on 4K video.

As an Australian, I am deeply ashamed by these disgraceful, impossible to deny scenes.

Our armed forces, and particularly their courageous, selfless behavior abroad while on active duty have always been a source of immense pride to Aussies.

Anzac Day (April 25) is a national holiday in our country, initially instituted to celebrate the contribution of Australian and New Zealand soldiers toward the ultimately futile Gallipoli campaign in the First World War that cost the lives of nearly 12,000 soldiers from the two nations among an Allied total of 56,000. The day of remembrance later widened its scope to include the sacrifices by soldiers from Down Under in all wars.

Nowadays, far from being a relic of the past, Anzac Day is celebrated by an increasing number of young Australians, many of whom attend ceremonies swathed in Aussie flags, wearing green and gold T-shirts and beanies and with national flag temporary tattoos on their cheeks.

Across the country, dawn ceremonies are held in memory of the time of the original landing on the Gallipoli peninsula, after which many take a traditional ‘gunfire breakfast’ – coffee with added rum – in memory of the sustenance taken by Aussie soldiers before battle.

It’s all highly symbolic and reflective stuff. Not taken lightly nor ever mocked even by the usually irreverent Aussies.

So to have the reputation of Australian fighting men and women representing the nation abroad dragged through the mud by rogue murderers in disgraceful scenes, all caught on camera and broadcast on the national broadcaster’s foremost investigative affairs programme on a Monday evening, is a devastating blow to national pride.

To realise that some of these animals are still serving in the ADF takes your breath away. It’s as simple as Braden Chapman says: “You can’t shoot unarmed people and not call that murder.” 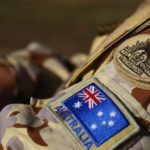 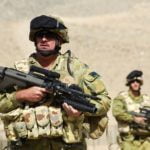