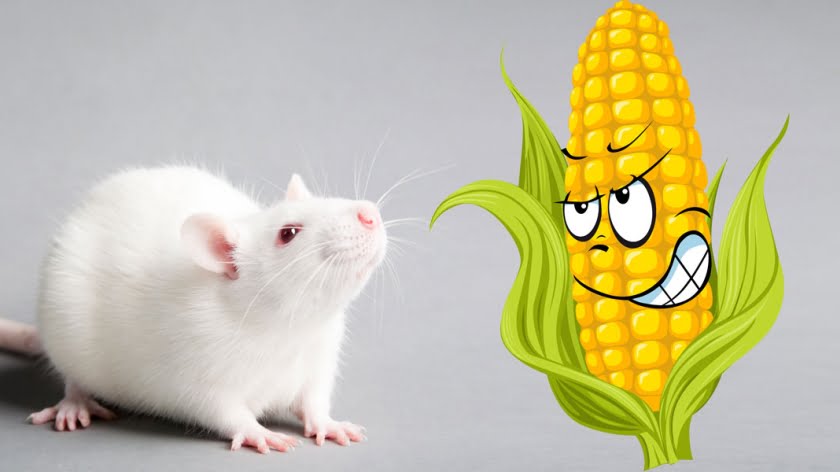 Prof Gilles-Eric Séralini of the University of Caen has published a peer-reviewed paper criticising the EU-funded 2-year feeding study on GM maize that claimed to show no adverse effects from the GM diet.

The EU-funded study was published in 2019 by Pablo Steinberg and colleagues and reported the results of the 2-year rat feeding study, called G-TwYST, on a GM Roundup-tolerant maize, NK603. The published paper claimed that there were “no adverse effects” related to the feeding of the GM maize cultivated with or without Roundup spraying and that no further long-term studies with GMOs were justified.

This was in spite of the fact that the male rats in this study that were fed NK603 maize sprayed with Roundup had a significantly increased mortality rate compared with controls. The main cause of death was pituitary tumours, followed by kidney disease.

The Steinberg study was carried out to follow up the study led by Prof Séralini, which was initially published in 2012. The Séralini study had found serious adverse effects in rats fed NK603 maize and very low doses of Roundup fed both separately and together with the maize. Effects in most treatment groups strongly paralleled the findings of Steinberg’s team, including severe kidney disease and increased mortality. The pituitary gland was the second most tumour-affected organ in females after the mammary gland.

Now Prof Séralini has responded to the Steinberg study in a new peer-reviewed publication. Séralini draws attention to the differences between his own team’s and Steinberg and colleagues’ study, as follows.

Steinberg and colleagues used a rat strain, the Wistar, that was less sensitive to substances causing tumours than the Sprague-Dawley rat used by Séralini (and Monsanto in its shorter study). In GMWatch’s view this is only understandable on the basis that they were actively trying not to find tumorigenic and carcinogenic effects from the GM maize tested. The Sprague-Dawley rat is one of the most commonly used models for human breast cancer risk. In other words, the Sprague-Dawley rat is about as sensitive to substances causing mammary tumours as humans and thus a suitable model for a study intended to look at carcinogenic effects.

Long-term effects of Roundup alone at environmentally relevant levels (0.1 ppb) on a diet without pesticides were not tested by Steinberg and colleagues, unlike Séralini’s team. Séralini’s team found severe health effects from this low dose of Roundup, including non-alcoholic fatty liver disease, which was confirmed by separate research carried out by a different group of researchers at a later date.

Glyphosate-based residues were present at high levels in the diets in Steinberg and colleagues’ study, including the control diets, even though the aim was to study a glyphosate-tolerant GMO. The levels of glyphosate found corresponded to 300–1400 times more glyphosate than was present in the dose of Roundup found to be toxic in the Séralini study.

Steinberg and colleagues also found many other contaminants in the analysis of their feeds. The authors considered a priori that all the feed contaminations would have no effect. But Séralini comments, “This is only their subjective opinion, and many indications that we have cited can prove the contrary.” The bottom line is that the effects of such mixtures have not been properly tested for, so it is not valid to claim that they have no effect.

This heavy contamination of the feeds, Séralini suggests in the new paper, increased the background level of serious diseases in the controls, preventing many observable effects of the GMO treatment on animals. He writes that such contamination would have prompted him to abandon the experiment before it began: “Given such neglect of the contamination issue, we would have stopped there instead of drawing scientifically inadequate conclusions.”

The probable reason for the differences in contamination levels was that in the Séralini study, the crops were grown specially using organic methods. Thus pesticide residues were so low as to be undetectable – at least, by the detection methods available at the time, which were less sensitive than those available now. Therefore the researchers were able to highlight any effects from the GMO and/or the Roundup.

Given the low-to-non-existent pesticide and GMO contamination of the base and control diets in the Séralini team’s experiment, it is perhaps not surprising that they found 5–8 times fewer tumours and diseases in their control rats than did Steinberg and colleagues. Separate research led by Séralini showed that laboratory rat feeds are routinely contaminated by many pollutants, including GMOs, heavy metals, dioxins, and pesticides.

Séralini writes, “In spite of the many weaknesses of the study design, Steinberg et al. still found significant differences, most notably in male mortality, which was higher in the animals fed the GM corn sprayed with Roundup for 2 years. In addition, increased incidence of pituitary neoplasia, and disorders of the sex hormones estradiol and thyroid in females were also noticed.”

GMWatch has also drawn attention to these dramatic findings. But bafflingly, not a single mainstream media outlet has reported on them, even though they will be clearly evident to anyone who reads the full paper rather than just the abstract and the press statements put out by the G-TwYST researchers.

As Séralini points out in the new paper, these findings in Steinberg and colleagues’ experiment were the same as those observed in the earlier Séralini study. But Steinberg and colleagues dismissed these effects as “not… adverse”, due to the lack of histopathological alterations in the estrogen-sensitive tissues and organs. However, Séralini counters, “Lesions can be missed in the histopathological sectioning, and/or some functional alterations that have biological effects on the organism may not result in histopathological changes. It is not the place of Steinberg et al. to dismiss such changes based on assumptions, like EFSA or industry conclude, particularly in a research study conducted with the aim of revealing any health risk to humans.”

Moreover, on closer examination of the Steinberg and colleagues’ publication, GMWatch has noticed that they did not conduct their histology (microscopic analysis of tissues) and histopathology (microscopic analysis of tissues with the aim of studying development of disease) blinded. They justify this highly unusual move on the grounds of saving time and money. However, the issue with this is that absence of blinding allows bias to creep in. They also state that they didn’t look at tissues from all the animals – but only the control and high dose group animals. The problem with that is that they could easily have missed important effects in the lower dose groups.

Steinberg and colleagues dismissed some statistically significant differences in treatment groups as not biologically relevant since they are “small” or “not dose-related”, the latter meaning there should be an effect proportional to the dose of the GMO. But as Séralini writes, “Such assertions are not scientifically justifiable. A dose-related observation begins with three doses and not two according to OECD [Organisation for Economic Cooperation and Development, which sets protocols for industry experiments conducted for regulatory purposes]. Moreover, an effect that is statistically significant should not be dismissed as ‘small’ and the effects of hormone disruptors are often not proportional to the dose.”

In order to dismiss the differences in GM-fed animals, Steinberg and colleagues compare the effects observed in this experiment with the “historical control data” obtained from previous feeding trials. Séralini points out that this use of unrelated historical control data violates the Test Guidelines of the Organisation for Economic Cooperation and Development (OECD) on the conduct and design of chronic toxicity and carcinogenicity studies [30] — guidelines that Steinberg and colleagues cite in their paper. The OECD states, “the concurrent control group is always the most important consideration” when considering the effects of the test substance.

Séralini writes that he finds it surprising that the authors conclude from their findings that “we should no longer bother to conduct long-term studies on agricultural GMOs in general”. This, he states, “is contrary to the spirit of scientific inquiry and (more importantly) is not supported by the concerning results that were found in spite of the methodological weakness of the study”.

Séralini continues by pointing out the many conflicts of interest of Pablo Steinberg, which were not declared in the G-TwYST study publication. For example, elsewhere Steinberg noted that he was an expert for the International Life Science Institute (ILSI), an industry lobby group funded by the likes of Monsanto and Syngenta, which has worked to weaken regulation and testing, including of GMOs and pesticides, and supports their use.

Séralini concludes that the results of Steinberg and colleagues’ paper are “unreliable” and that the paper “should be retracted, and the results deleted from regulatory appraisals and risk assessments”. 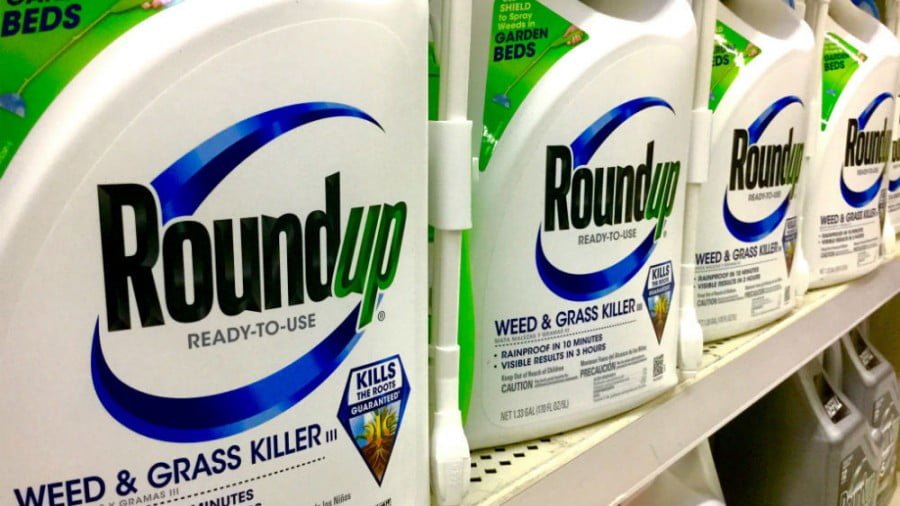 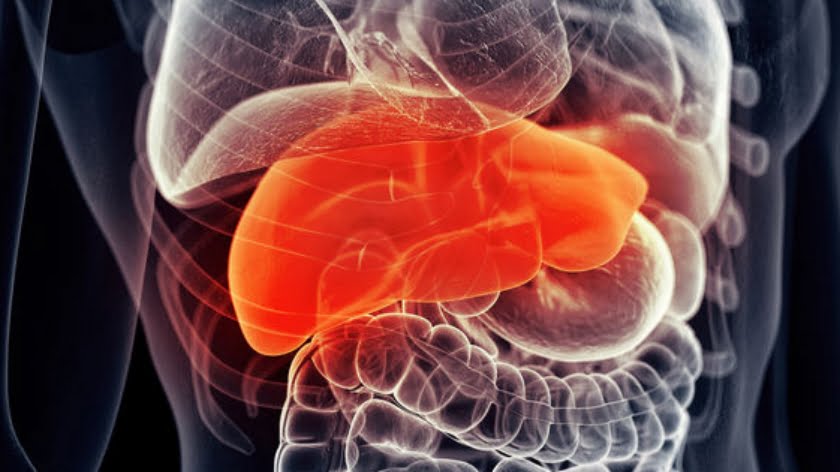 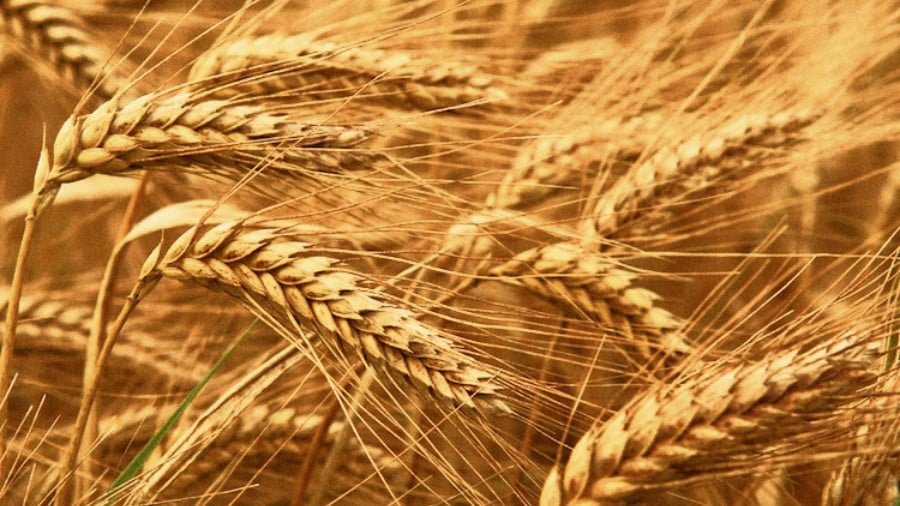 The current state of mind-kontrol is probably far beyond anything you have ever imagined possible. Mass Mind-kontrol — it’s been going on since the time of Nimrod and ancient Babylonia. And it’s sinister and evil beyond words and description. Since Roswell it has taken a new sinister turn that defies imagination. It’s what empowers the evil…

For those who might wonder why foreign policy makers repeatedly make bad choices, some insight might be drawn from the following analysis. The action here plays out in the United States, but the lessons are probably universal. Back in the early spring of 2003, George W. Bush initiated the invasion of Iraq. One of his…