The Coronavirus Pandemic much like any crisis, in a political sense, opens the doors for new opportunities. It seems as though governments cannot make major changes without a strong boot in the rear from some set of rough circumstances. Like it or not, political action requires a catalyst. Trump, the man who dreamt of Making America Great Again now has the big overarching excuse he needs to push his agenda onto the nation, but the question is just how can the President of the United States use this pandemic to his advantage?

Firstly, it is important to note that there is nothing inherently morally evil in exploiting a crisis for political gains, unless you were the one who created the crisis in the first place. Again it cannot be understated, crisis is the catalyst for sweeping political action, and we shouldn’t blame anyone for striking while the iron is hot. Most people who do all the loud virtue signaling about tragedies being exploited by politicians seem to always go silent when the exploitation serves their interest. Let’s all put on our big boy pants and accept that politicians, can, will and probably should use opportunities from dark days so long as they were not the ones who darkened them in the first place.

The same people who yesterday argued for an open world with no borders are the same ones who will beg for totalitarian levels of protection to “save” their lives from even the most minor of threats. This is probably why the heavy restrictions on international travel that are being put into place have so far met little to no resistance. 2020 feels like a trip back in time to a far less globalized and more local world that seems to have arisen at least semi-willingly. In this context, now is the perfect time for Trump to attack illegal immigration and migrant workers.

Migrant labor is often very damaging to the host country, and is more often than not, also bad for the migrants themselves. It undercuts the cost of labor making locals lose their jobs only to have them given to an exploitable/expendable group of people to do them like slaves. This also allows the governments of the nations they came from to continue their sloth and ineptitude as their young/active populace has a means of finding work elsewhere and not fighting for change at home. This a lose/lose situation and Trump knows it.

However, there is a persistent belief on the Left, that migrant labor is some kind of necessity and cannot be avoided. Some of the most extreme Liberals in America fear that the U.S. might starve without migrant labor helping out down on the farm, but is this really the case? Can America really starve to death in the 21st century without exploitable semi-slave labor?

Apparently not, as about half of people who work on U.S. farms are still surprisingly American-born. Upping salaries to attract U.S. citizen farm hands would probably not drive up food costs anywhere near what the pro-migrant crowd would suggest. Modern farming does not require hordes of hands to get the corn on store shelves. Paying Americans a lot more to do the same job would seem to some to be non-viable under normal economic conditions, but this is a crisis, so the normal rules go out the window.

Trump right now (especially with extremely cheap oil to compensate for labor cost increases) can prove that migrant workers were never really needed. Foreign, mostly illegal grunt workers, used to be a victim in the public’s eyes, but now they are plague carriers that can be removed with the free hand of a regulated market forcing Americans into their stead. A large part of Making America Great Again is a Living Wage and paying U.S. citizens $20 an hour to deal with beets would sure help move the country back towards greatness.

Additionally, due to this panic, Trump could attack those who are trying to give birth to anchor babies, and increase the severity of travel bans from countries he doesn’t like. Both of these options are on the table at the moment while the virus is hot. Migrant labor was a key focus of Trump’s campaign, but there are many other aspects to closed borders that he could work with right now. A globalized America seems to be a much poorer and weaker one, this is the chance for Trump to put up the right economic “walls” to restore the country.

In Case of Fire Break China

Trump blamed “Chy-nuh” for the virus outbreak, and he can thus blame them for America’s economic downturn, which means he is justified by bureaucratic logic to do anything he can to rid of American dependence on China. Trump has wanted to do this from day one of his presidential campaign but only now does he really have the political inertia.

Trump says America is “winning (the) war” on the Coronavirus, which really doesn’t make any sense. How do you wage war on a virus? Then again, let him call it whatever he wants if it is going to be an excuse to re-industrialize America as if a real war was going on. Eliminating dependence on China is good for the U.S. if the virus provides the catalyst to start this process then so be it.

It Isn’t “Welfare” If You Are Responsible For It

Trump has already stolen some of Andrew Yang’s thunder by deciding to give money back to the taxpayers to help them survive the Covid-19 Crisis. For Conservatives, like the kind Trump claims to be, handouts and Roosevelt Era Welfare policies are seen as the devil. But, if the President were to shove Universal Basic Income down the throats of the nation it would be a massive win for the Right as it would absolve the government of many of its duties and pointless programs, and be a fantastic excuse for “small government” to be ushered in.

If everyone gets back a $1000 or so from the government per month, then it can be legally/logically assumed that as long as the person receiving the money is sane then they have the means to take care of themselves without the State being involved. This strategy could eliminate the need for all sorts of bulky inefficient bureaucratic monstrosities like food stamps, vouchers and various forms of “assistance”. This would allow the government to vastly reduce its size as it would just throw monthly checks at the populace and let them deal with their own problems themselves, which just so happens to be part of the American Way – Personal Responsibility. And for those who waste their money, well too bad, you had your chance, the government gave you the bootstraps, you chose not to pull yourself up.

Many of the media elites who hate Trump for reasons that they cannot put into cohesive arguments have found themselves to be “Non-Essential” during the crisis and have to stay home. Furthermore, the Coronavirus has helped remind society that doctors and the guys who work at grocery stores do more for society than rappers with the prefix “lil” in front of their names.

This new glaring divide between Essential and Non-Essential labor could be very exploitable by Trump as a means to focus positive government attention on the Essentials as the backbone of his MAGA vision. It would not be surprising at all for them to receive some support from the President in the near future, especially in an election year. Two new dividing groups in American society have emerged due to the pandemic and this divide, like all divides, is exploitable and will surely be exploited by politicians.

Trump and the Republican Right hate taxes and blame them for economic stagnation. Well, the economy of the U.S. is stagnating due to the Coronavirus, so Trump really has carte blanche to go on an executive order tax slaying spree or at least propose one to his boys in Congress for them to fight for in a more constitutional way.

It is very surprising that Trump hasn’t jumped on the “taxation is theft” mantra, but now would be a good time, any excuse to ease bureaucracy and keep Americans’ money in their pockets is urgent and justified thanks to the pandemic. Trump has the justification to kill pretty much any taxation that he sees fit.

Obviously, real human lives have been lost to this disease internationally and that is a tragedy. No one wants their life, or the lives of their friends and family to be cut short. But the situation the world is in has the potential to create some very MAGA-ish transformations in American society if Trump is actually willing to jump on the wave and ride it out. Right now the crisis is glowing hot, the economy needs help/action, borders are now trendy again, and despite it all the U.S. is still the most powerful nation on Earth. Oh, what a lovely time it is for a charismatic President to push forward some pro-American objectives. 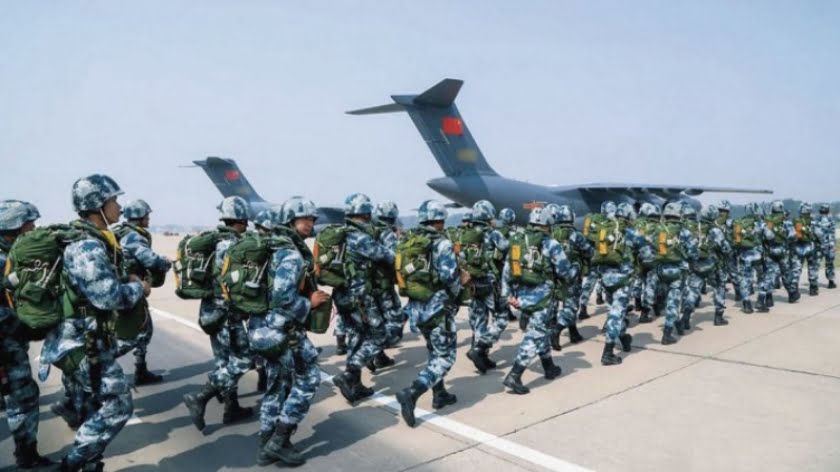 Commentator Horsewhisperer pointed to a piece by the former Indian ambassador M.K. Bhadrakumar that claims that Chinese soldiers arrived in Venezuela: The reported arrival of Chinese military personnel in Venezuela last weekend is undoubtedly a major event in world politics. Unlike Russia, which has a history of force projection abroad, this is an extremely rare… 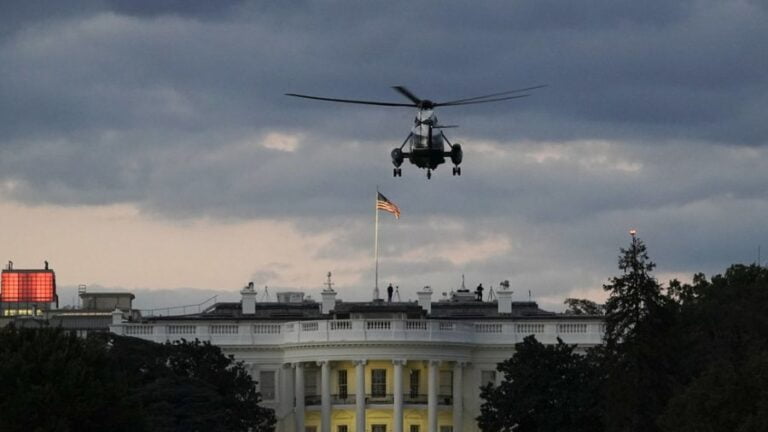 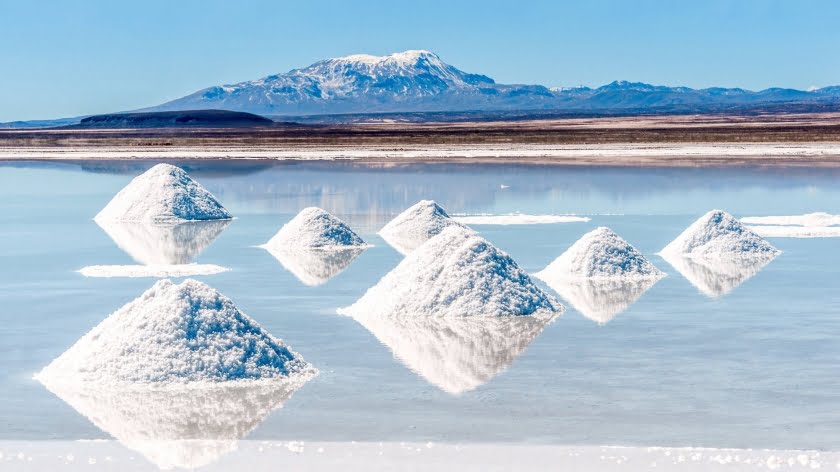 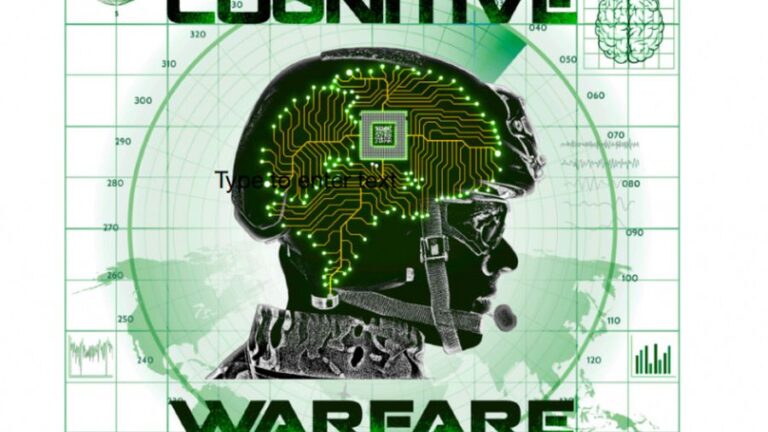 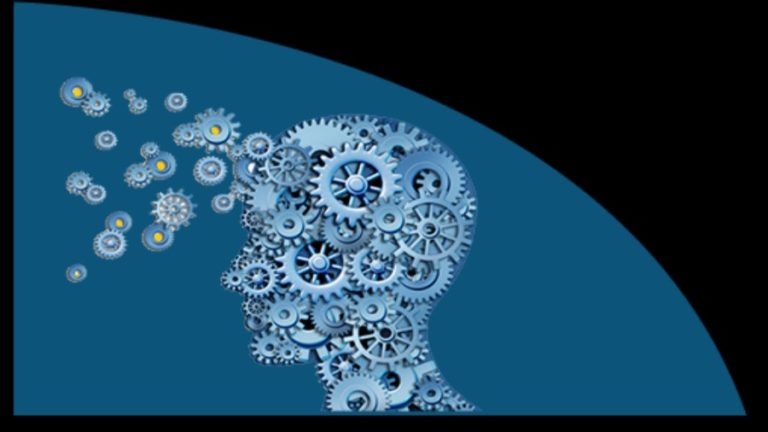 This is the second of two posts about psychology, and should ideally be read after the first, which is entitled ’20) Psychology: Pretending There is Nothing Wrong’. This post summarises more key psychological issues which have serious negative consequences for modern societies, and then discusses the implications for how we deal with these issues in… 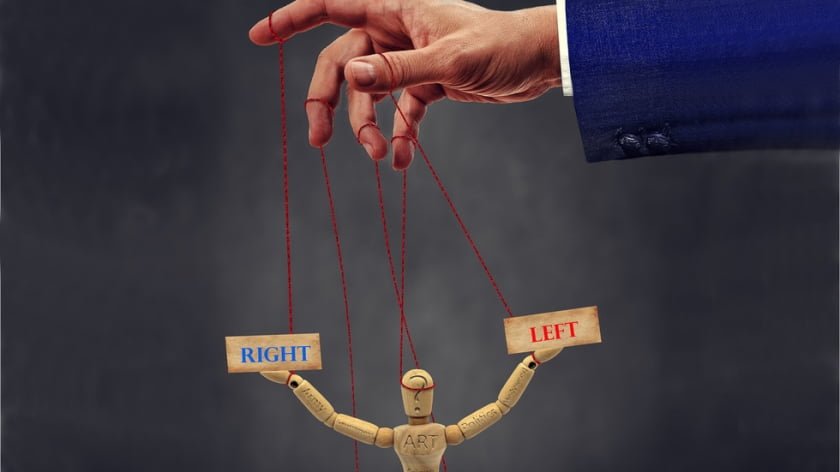 The term ‘conspiracy theory’ has long been used to discredit anyone pointing out collusion between powerful people, but efforts to pathologize dissent as ‘conspiracism’ are doomed to collapse under the weight of reality. Conspiracy theories are divisive, dangerous, even evil, according to the mainstream media. They cause “violence, including terrorism,” former Obama administration official Cass…