Trump Escalates War on China by Other Means

China is aggressively targeted by Washington because of its growing political, economic and military power on the world stage.

All of the above explain how the US operates, its agenda defined by its war on humanity at home and abroad — COVID-19 used as a pretext to pursue it.

Enactment of the US Secure and Trusted Communications Act last month was the latest anti-China shoe to drop.

It requires the Federal Communications Commission (FCC) to establish a $1 billion fund to help small telecom firms remove existing Chinese equipment the Trump regime and Congress consider a threat to US security — despite none posed, no evidence suggesting it.

The measure prohibits using US subsidies to buy network communications equipment from Huawei and other Chinese tech companies.

The company’s operations in the US potentially lets the firm “engage in malicious cyber activity enabling economic espionage and disruption and misrouting of US communications.”

“Securing our networks from malicious foreign interference is critical to America’s wireless future, especially as some communications providers rely on equipment from companies like Huawei that pose an immense threat to America’s national and economic security (sic).”

The measure has nothing to do with “ensuring the integrity of America’s telecommunications systems.”

It’s all about China bashing, the latest step to weaken the country economically and technologically.

It aims to ban use of products by Chinese tech giants Huawei, ZTE, and other high-tech firms from the US on the phony pretext of national security concerns.

Last year, the US Commerce Department’s so-called “entity list” effectively banned Huawei and scores of other Chinese tech companies from the US market and supply chain.

They include enterprises involved in producing aviation related products, semiconductors, engineering, as well as other high-tech products and components.

Falsely claiming these enterprises act “contrary to the national security or foreign policy interests of the United States” is cover for wanting corporate America to have a leg up on Chinese competition — especially related to the rollout of 5G technology, Huawei leading the race globally.

At stake are trillions of dollars of economic value, why Huawei and other Chinese tech firms are targeted by Washington.

Blacklisted companies are prohibited from purchasing US technology without Washington’s permission, Huawei and its 70 affiliate companies notably targeted.

According to Competitive Carriers Association director Steven Barry, the new law “essentially attempt(s) to rebuild the airplane in mid-flight” by requiring US users of Chinese telecom equipment to remove and replace it while attempting to maintain uninterrupted operations.

Proposed US changes “result in significant impacts to the semiconductor industry, its global supply chain, and the broader technology sector,” adding:

“Semiconductors drive the functionality in advanced medical equipment used by health professionals to treat the public” and enable telework.

New rules will “serve as a disincentive for further investments and innovation in the US and lead to the design-out of US technology and components.”

New rules aren’t finalized. Industry pushback may not be enough to halt the Trump regime from fully enforcing them along with more of the same to come.

COVID-19 is a global issue, falsely called the “Wuhan virus” by Trump and other regime officials. Most likely it originated in the US, not China.

“That we did so was an error on our part, for which we take responsibility and apologize,” adding:

“(W)hen (a viral) outbreak happens, everyone is at risk, regardless of who they are or where they are from.”

“(A)ssociat(ing) a virus and the disease it causes with a specific place is irresponsible and needs to stop.”

Since early COVID-19 outbreaks, “people of Asian descent around the world have been subjected to racist attacks, with untold human costs” — Chinese nationals mostly affected.

“(W)e must all do everything we can to avoid and reduce stigma; not associate COVID-19 with particular groups of people or places; and emphasize that viruses do not discriminate — we are all at risk.” 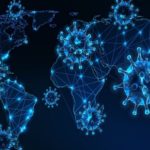 The Chinese Must Be Laughing Their Heads Off...
Opinion
ChinaCOVID-19US