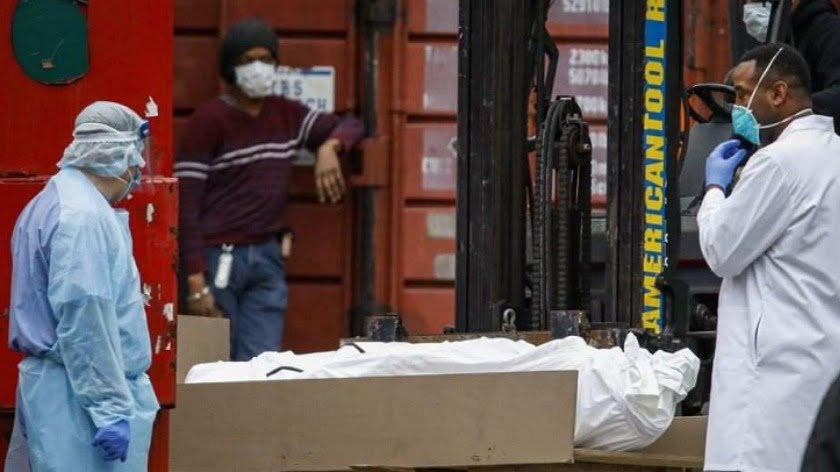 As May 2020 comes to an end and Americans demand “freedom” from an ineffective lockdown policy that was enacted with no national testing regime to back it up, news in America is race riots, fake scandals and, as usual, everything but reporting the reality of America at war with the world, a war without reason or purpose, on the surface at least.

Even if one were to accept the Pandemic of 2020 as naturally occurring and the endless blunders by the US to be simple incompetence, it takes very little to conclude that COVID 19 is “big business.”

43,000 British died in the Blitz during World War 2, an unimaginably high number. The then stature and flowery pronouncements of Winston Churchill made their suffering indelible then as it is now. Jewish suffering during that war is similarly remembered while the greatest deaths, those of uncounted millions of Russians, is erased, stifled, censored.

The same is going on in America where twice as many aged Americans have died of COVID 19 than the Germans killed of all British civilians during World War 2, the most brutal civilian bombing campaign until Vietnam.

Less than 25% of Americans know someone thus far that has died of COVID 19 though higher numbers apply for the Hispanic and African American communities, a nagging question behind a question that will never be asked nor answered.

But then there is so much more that will never be answered.

Stated simply, and based in fact, not conjecture, everything about the pandemic is fake and the biggest fake of all is the two-level deception about where the disease came from. If you say “a lab did it,” you are censored unless, of course, you pick the right lab, a Chinese one.

If you follow the science, right to USAID-FDA-CIA and their publicly funded experiments, you are “iced out” as though some Soviet style bureaucracy made you a “non-person.”

The games are there to be seen, a market crash and trillion dollar bail out where key players got advance notice from one party, the GOP, who had exclusive access to policy making. It was advance notice given to powerful GOP contributors that created record profits for Trump-Mnuchin insiders.

Then the White House backed fake cures, Hydroxychloroquine, banned by the WHO, banned by France, Italy and Belgium and secretly banned by the FDA in early May 2020 as well, though Trump-Kushner insiders garnered positions in world stocks while US policy allowed for a poisonous and otherwise useless drug which was pushed on powerless nations, almost at gunpoint.

Other “snake oil” cures, such as drinking bleach or colloidal silver, both potentially deadly and both backed by Trump publicly, have enriched frauds and charlatans, mostly fake religious leaders who regularly visit the Trump White House, have killed some and enriched insider criminal elements.

Still more are collecting donations promising to cure or prevent COVID 19 on a “paid prayer” basis that reminds one of the Catholic Church in the Middle Ages and the selling of indulgences.

Secret but in Plain Sight

As deaths in the US mounted, currently as of late May 2020, 100,854 officially dead with under reported New York deaths alone adding as many as 10,000 to the queue. Behind that, half a million hospitalized. US COVID deaths are currently at a level of 17% of those who test positive with 581,219 total cases “concluded” and only 480,365 having recovered.

Public estimates for this ratio that sits on a curve starting with 36% and seems to head to a low of 12% a year from now, is deeply censored and generally given at .7%. For those who understand arithmetic, publicly available statistics are 25 times higher than those backed by the White House and entire press corps, and of course, no one is asking anything about it.

Then we are faced with daily anomalies regarding the disease itself. Deaths of African Americans is at a level 240% higher than Whites. The aged are dying at a frightening rate among Americans over 60 years of age onward having a very low survival rate.

Then we have the odd issue of dementia patients and a very strange characteristic of SARS COV 2 that singles out and attacks those who have a genetic vulnerability to dementia. Were one to accept the possibility COVID 19 was lab created, just for the sake of conjecture, then one might also note the Hitleresque aspect of its curious targeting of the agent, of dementia suffers and of racial minorities.

The word we would start looking at is Eugenics and the long history of prominent American families in creating policies for the US that were later adopted by Hitler’s Germany. The names that come to mind are Harriman, Bush, Dulles and a world of questions come to mind as the roots of America’s right, financing Hitler, backing the resurgence of the Ku Klux Klan and later warring on trade unions and environmentalists and eventually starting an endless war that still rages to this day.

The deaths always start in nursing homes where families have been banned from visiting parents and relatives for months now. There aren’t even funerals, they aren’t allowed and in many states deaths aren’t counted as an autopsy for a potential COVID death requires Level 4 containment due to risk from an airborne pathogen.

Thus, the dead simply fade away, too many already forgotten as is the way in America’s “throw away” culture.

No Bread but Lots of Circuses

Fueling this is that other aspect of American culture, dealing with problems through denial or deflection, the blaming of others, like China or “old people who were going to die anyway.” For the more advanced, perhaps guilt drives denial but one thing is for certain, America is drowning in a sea of denial, of propaganda and or moral failure.

Two waves or more of COVID 19 might well reduce America’s most vulnerable population, that of the aged in need of and of course deserving care, by up to 25%. Rather than “herd immunity,” a seemingly dead issue with COVID, we have a “herd culling,” which is conservative politics at its purist, the elimination of “high priced useless eaters.”

With them go the curiously vulnerable African Americans and Hispanics who care for America’s aged population, cross infecting the aged and infecting minority community as well, a “double win” for those positioned to benefit.

The biggest boon of all is the inability of tens of millions to vote and a war by Deep State operatives to make sure states don’t allow mail in voting, which is the only way Donald Trump has ever voted.

Low voter turnout always favors the “big business” favored candidate and voter suppression programs run by organizations such as the Deep State funded Federalist Society have managed to keep control of much of the US in the hands of powerful public utilities and corporations whose operations profit from pollution, fraud or defective products.

Without control of the apparatus for nominating and approving judiciary appointees with extreme bias toward Wall Street and the police state, “re-democratization” moves might break out challenging the framework installed after 9/11 to control American society.

The big game, one moving toward armed internal conflict, is pushing for race war to deflect blame from President Trump. When 100% White neo-Nazis armed with assault weapons seized the Michigan capitol building, police did nothing. Only a few short weeks later, after 4 Minneapolis police officers murdered a suspect on camera, audiences see police tear gassing unarmed demonstrators, who are of course African American.

This came a day after the Amy Cooper video on Twitter. Here, an isolated incident of a confrontation in New York’s Central Park put a flame under racial tensions stoked to an extreme by the Arbery Klan murder in Brunswick, Georgia and the coverup there by police and officials.

Amy Cooper may have been having a bad day during her tirade on camera but the real “bad day” was for America. Each incident, anti-lockdown mobs with Confederate flags and Trump banners seems to coincide with another “lynching,” all the while White House lies drive public suspicions wild, and the spiral begins.

The spiral is driven by strong ties in largely rural and backward states between White Supremacist extremist groups and not just law enforcement but the courts. Making it worse, where police in rural America run virtual “death squads,” the metropolitan departments are often worse, and they are armed with military weapons, armed drones, tracked vehicles and trained by organizations under investigations for war crimes by the ICC at The Hague.

21 citizens of New Zealand died of COVID 19. 4600 Chinese died. Over 100,000 Americans have died and several hundred thousand now infected are slated to die as well and, were one to read newspapers, no one cares.

There is currently no end in sight and some scenarios involving reinfection are grim.

One hypothesis stands out above all others, one where Occam’s razor applies.

COVID 19 may well be a naturally occurring disease but, upon closer examination, it is really a criminal enterprise with considerable evidence of planning and preparation. 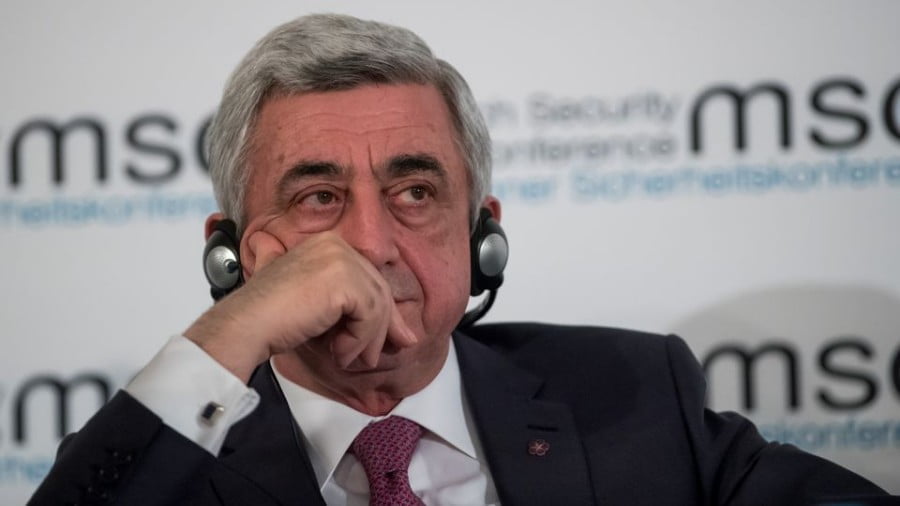 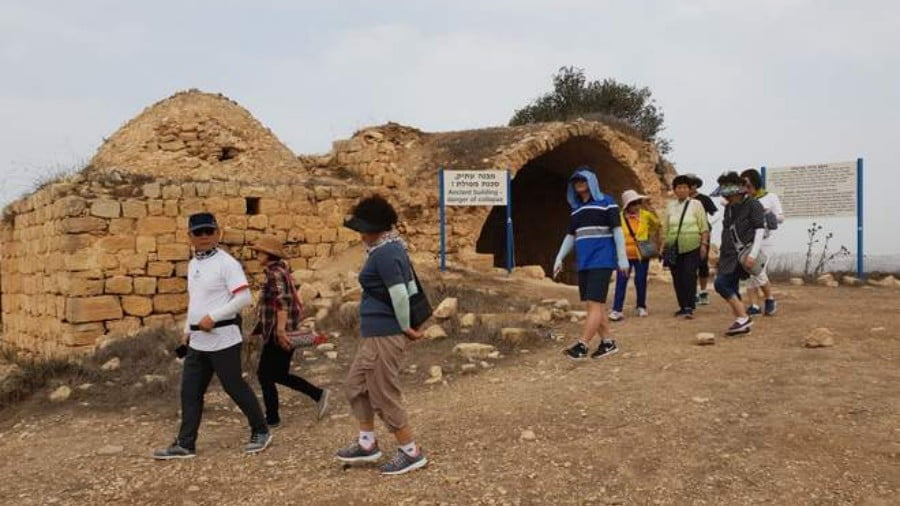 Chaim Silberstein insists on showing me Jacob’s Stone. It lies in Beit El – “The House of God” – which is the name of the colony of 7,000 Jews just outside Ramallah. Right here was where the ancient Jewish patriarch lay down on his stone, so it is written, and dreamed of the ladder to… 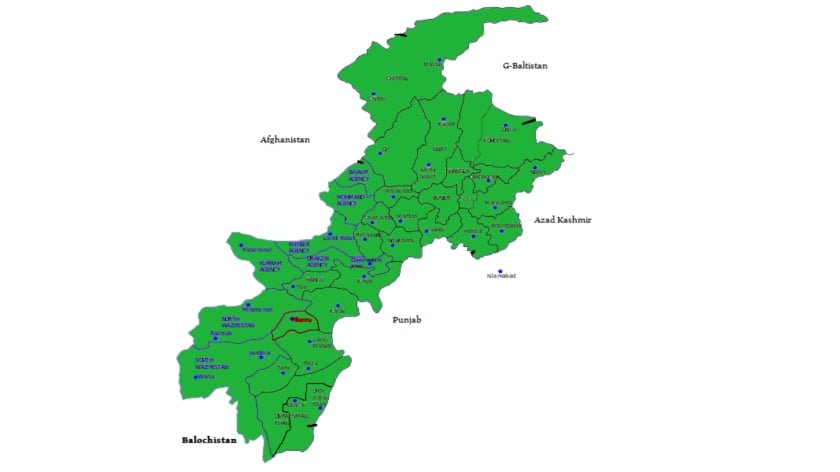 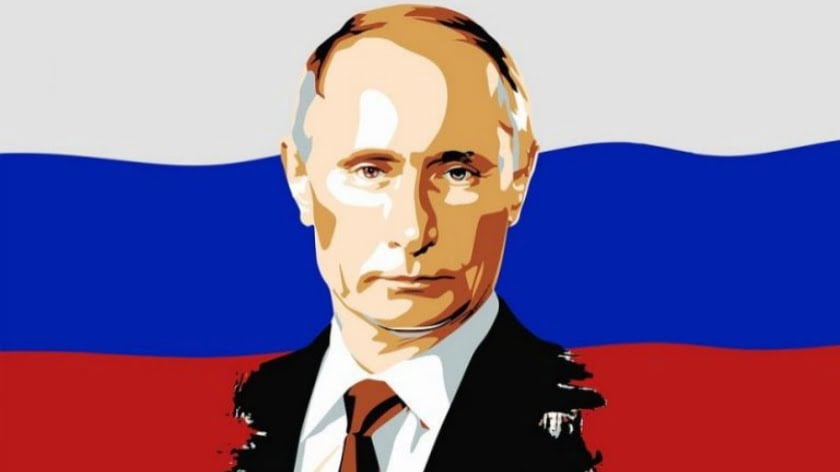 Saudi Arabia’s Crown Prince Mohammed bin Salman (MbS) can no longer plead youth or inexperience. That time has passed. What you see is what you get. The misrule, blunders and war associated with him as crown prince will only continue with him as king. The full repertoire of the crown prince’s statecraft was on display in…