The Iranian Foreign Ministry’s support of Azerbaijan’s territorial integrity and the withdrawal of Armenian military forces from the occupied territories in line with the four UNSC Resolutions on the matter proves that the mutual suspicions between these two Shiite-majority states can be overcome in the interests of regional stability.

The Gist Of Iran’s Peace Plan

Iranian Foreign Ministry spokesman Saeed Khatibzadeh revealed the gist of Iran’s peace plan for the Nagorno-Karabakh Continuation War on Monday. According to the reputable Tasnim News Agency, the official called for an immediate halt to the violence and the resumption of peace talks. Importantly, he “also stressed that Azerbaijan’s territorial integrity should be respected and the occupied territories should be evacuated following a flare-up of tensions in the disputed region.” This is fully in line with the Azerbaijani position, which is that Armenia must abide by the four UNSC Resolutions demanding its military withdrawal from the occupied region. Through the articulation of this policy and subsequent support of Azerbaijan, Iran proved that the mutual suspicions between these two Shiite-majority states can be overcome in the interests of regional stability.

This topic is very sensitive to speak about so the utmost care is being taken by the author to avoid offending either side, let alone inadvertently worsening the mutual suspicions that might finally be in the process of somewhat subsiding. Simply put, the core of their differences boils down to historical narratives, the way through which they express their Shiite identity, and geopolitics. What currently comprises the modern-day Republic of Azerbaijan has historically been an integral part of the Persian Empire, and more Azeris live in northwestern Iran nowadays than in Azerbaijan itself. Some Iranian nationalists believe that Azerbaijan is an artificially constructed nation that was unjustly seized from their larger cosmopolitan civilization by the Russian Empire and then became an independent country due to geopolitical circumstances beyond Tehran’s control.

Azerbaijanis, meanwhile, assert that they’ve always had a different identity from the Persian majority of Iran, especially in terms of ethnicity, language, and some customs. In addition, the over one and a half centuries of incorporation into the Russian Empire and then the USSR gave the inhabitants of what is nowadays Azerbaijan a different historical memory than that of their brethren in Iran, both ethnic kin and the others that reside there. For these reasons, Azerbaijanis are very proud of their identity as an independent nation, but it’s this strong assertion of identity which makes some Iranians uncomfortable considering the scenario of it one day inspiring Azeri separatism in northwestern Iran. At the same time, however, Azerbaijan also feels somewhat uncomfortable about Iran, not in terms of irredentist claims, but regarding its expression of Shiite identity.

Iran is an Islamic Republic which some suspect wants to export its governing model throughout the international Islamic community (“Ummah”), especially among its majority fellow Shiite co-confessionals in neighboring countries. Azerbaijanis, however, are generally more “secular” in their practices than Iranians (which includes Azeri Iranians too). The latter tend to be more “conservative”. For this reason, some in Azerbaijan suspect Iran of silently pursuing ulterior, revolutionary motives in their country that they fear could transform their comparatively more “secular” way of life. From the opposite angle, it can be argued that some in Iran might fear the theoretical export (whether intentionally or not) of Azerbaijan’s “secular” practices, which could undermine social stability in the Islamic Republic, inspire separatism, and thus subvert the state system.

The mutual suspicions arising out of their historical and religious differences (the latter in the sense of being a more “secular”form of expression versus a more “conservative” one) might have prompted Azerbaijan to cultivate energy and military relations with Iran’s hated “Israeli” nemesis. Although these ties aren’t formally aimed against any third party, it’s understandable why this geopolitical development would alarm many in Iran. It’s not only for obvious hard security reasons either, but also soft security ones too. The optics of a “secular” Shiite country enjoying excellent relations with “Israel” might be thought to undermine Iran’s soft power model of tacitly supporting a “conservative” expression of Shiite identity. In a sense, one might get the impression that the Azerbaijani model of Shiite identity could compete with Iran’s for appeal within that larger community.

These historical, religious, and geopolitical differences are why Azerbaijani-Iranian relations remained lukewarm since the former regained independence. They recently received a fresh impetus, though, through the quadrilateral cooperation between them, Russia, and India over the North-South Transport Corridor (NSTC) initiative. This inspired both sides to explore other means of enhancing their commercial and other forms of integration with one another in pursuit of their larger joint interests. The Nagorno-Karabakh Continuation War provided yet another reason to do this since the renewed militancy of Armenian separatists could catastrophically catalyze an uncontrollable “Balkanization” process in northwestern Iran if it isn’t soon contained. That geopolitical disaster could in turn inflame Russia’s North Caucasus, creating a regional crisis.

Therefore, Iran’s immediate subnational security interests vis-a-vis the Nagorno-Karabakh Continuation War are most responsible for its strong support of Azerbaijan’s territorial integrity and the four UNSC Resolutions demanding Armenia’s military withdrawal from the occupied regions. The mutual interests between these two neighbors, who oftentimes look at one another askance due to their suspicions of each other for the previously mentioned reasons, could actually set the stage for more comprehensively improving their ties once the crisis ends. There had previously been unconfirmed reports about Iran supporting Armenia (though Tehran denied them), which is why this latest diplomatic development of the Islamic Republic so strongly supporting its northern neighbor put a lot of Azerbaijanis’ suspicions at rest. It might very well be reciprocated on the civil society and people-to-people levels with time, thus planting the seeds for more goodwill between both sides.

There’s no denying that Azerbaijan and Iran have their fair share of historical, religious/identity, and geopolitical differences, but they’re not so insurmountable as to impede pragmatic diplomatic cooperation between both sides in the interests of their immediate subnational security interests (which also conform with international law). This gives hope that the divide between them might lessen with time and that Azerbaijan could play the irreplaceable role of a land bridge for bringing Russia and Iran closer together too. All three parties would gain from such a scenario, as would Turkey, which regards its relations with Azerbaijan as being between “two states, one nation”. The quadrilateral cooperation between them would complement all three Great Powers’ converging interests in Syria, thus turning this Troika into a regional force to be reckoned with. 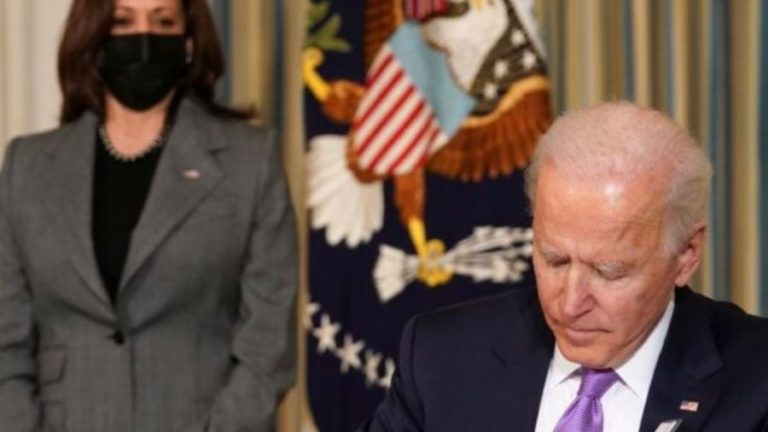 The hand of Henry Kissinger suggests US foreign policy will use a ‘divide and rule’ strategy with Beijing, Moscow and Tehran. But this could backfire, spectacularly… China, Russia and Iran are the three key players in what promises to be the Eurasian Century. Donald Trump may be The Joker; The Fool; The Ace of Spades;… 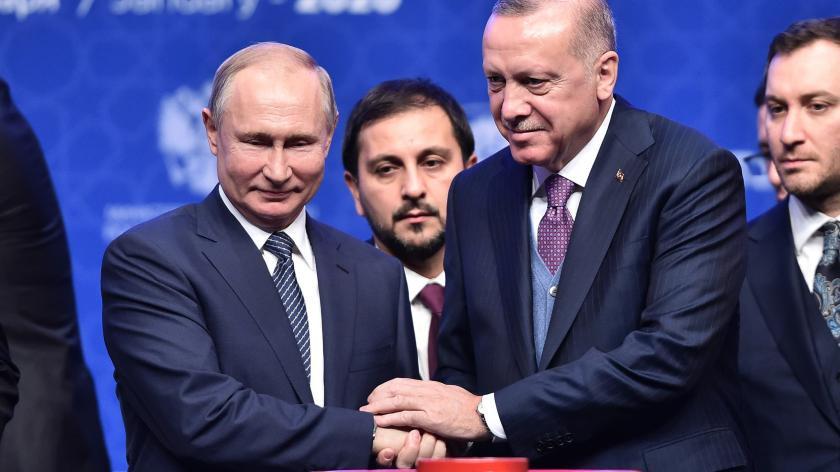 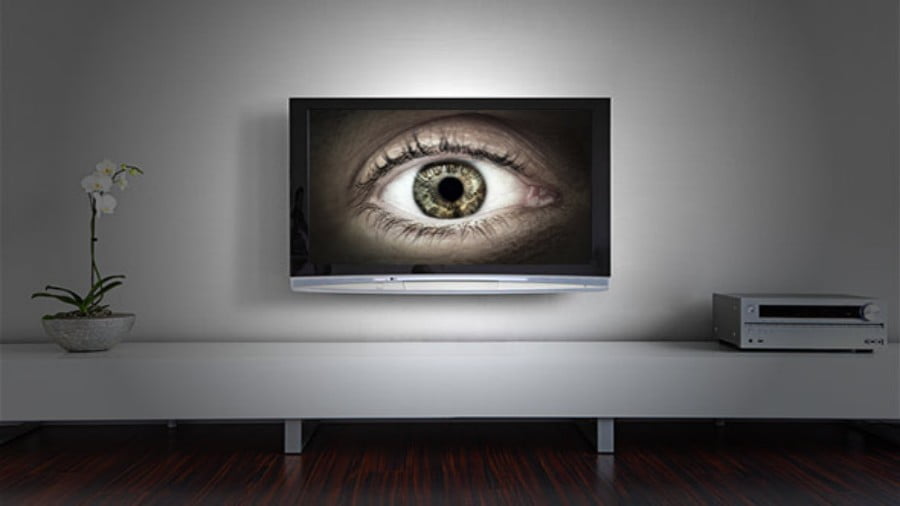 The overthrow of iniquitous power relations is a point many would celebrate. But such overthrows are themselves marked by the contradiction of their origins. Any revolution must, by its very nature, suffer inconsistency, defeats and weaknesses. In the United States, a different sort of sexual revolution is taking place. It is not linked to liberation…

The current government in Lebanon is challenging its politicians with the accusation of having supported the corrupt political and financial system for at least three decades. These politicians accuse Hezbollah, claiming that it is responsible for this corruption. And indeed, Hezbollah is repeatedly accused of supporting street campaigns to eliminate political opponents or to control…