Middle East: Again on the Brink. Israel and “Intra-Imperialist” Games

“To understand the situation, figure out that now, in Washington, the main obstacle to war is a man called Mad Dog.”

This answer was given to me three years ago by Ray McGovern, when I asked him about the situation in the USA. McGovern is a former senior CIA analyst. One of his main tasks was to brief daily six successive US Presidents on what was happening in the USSR. After his retirement, he became a staunch critic of US foreign policy.

He told me also another thing. There were always two CIA’s inside CIA. One of them informed the President about realities and the other constructed realities as arguments for action. Without such “constructions”, by the way, it would be impossible to invade Iraq and unleash the chain of wars in the Middle East that followed.

As for the “Mad Dog”, he was no other than former US Defense Secretary General Mattis. Analyzing closely the publications on what was happening in the White House during the Trump years, I came to the conclusion that probably Mattis played a crucial role, along with the chief of staff of the US Armed Forces, General Joseph Dunford and leading Republicans, in setting up an “informal”, secret mechanism to prevent Trump if he decided to launch a nuclear attack. But of course there are not, and there cannot be proofs of that.

The US nuclear command system has been designed in such a way that any presidential order to launch nukes will be executed almost automatically in a few minutes. The mechanism does not allow any room for hesitations in executing an order. It is calibrated to the scenario of a world nuclear war, when one must act very quickly, in order not to lose his weapons from an attack of the enemy. And it is providing US President with an almost unlimited power to launch a nuclear attack.

This is the kind of games humanity is busy playing with after 1945. When Soviets and Americans signed the agreements on nuclear control, many people thought that we left all that madness behind us. Unfortunately, we still live in a barbaric and (hopefully!) pre-historic world, so all its problems tend to resurface from time to time.

According to the New York Times and many other sources, Mattis and Tillerson have also opposed successfully the drive to war with Iran, orchestrated by Netanyahu, Bannon, Bolton and others (for a short introduction to the subject, you may read the story – only partially – reconstructed by the New York magazine http://www.defenddemocracy.press/the-secret-history-of-the-push-to-strike-iran-2/).

According to an article in the Wall Street Journal, when President Trump assembled his main advisors to make the final decision about the targets of the Syria US bombings in 2018, Mattis was the only one participant who opposed successfully extended bombings of the country, which could provoke a much larger conflict in the Middle East, if not with Russia, given the presence of Russian troops in Syria. (The US bombing campaigns of 2017 and 2018 to Syria revealed indirectly another interesting thing. Behind the quite open agenda by Netanyahu, Bannon and Bolton, to attack Iran, there was also, and it is always there, the “hidden” agenda of the same forces to expel Russia from the Middle East). Somehow, there is an analogy between Mattis’ role in 2018 and Kennedy’s role in the Cuban Missile Crisis, with the difference Mattis did not pay it with his life, only with his job.

The clash between extremists and … “normal” imperialists, is a permanent feature of the situation in the United States (and the West at large) since the election of Bush and Cheney in 2000. This clash between two opposing lines has demonstrated itself at least five times during the last two years concerning Iran and one concerning the use of Armed Forces to suppress turmoil in US cities, as Trump wanted last June.

A similar conflict between “normal” and extremist imperialists is a permanent element of political life in Israel, but there the power of extremists is even higher than in the USA. Benjamin Netanyahu has financed the planning of the Iraqi War by leading Neocons Perle and Wolfowitz back in the 90’s (https://en.wikipedia.org/wiki/A_Clean_Break:_A_New_Strategy_for_Securing_the_Realm, following the lines already developed by the Israeli strategist Odet Yinon back in the ‘80s (https://www.voltairenet.org/IMG/pdf/A_strategy_for_Israel_in_the_Nineteen_Eighties.pdf). This is by the way quite astonishing given that, if the “radical” ideas were implemented, Israel would risk much more than the United States! This is also a proof of the extremely dangerous fanaticism of a part of world leadership in our era.

Netanyahu exercised a tremendous influence in the US under Trump, to the point of dictating US Foreign Policy, at least in the fields he wanted to.

It is impossible to analyze the international situation portraying Israel as a “satellite”, or a “client – state” of the United States, or a medium power. Especially under Netanyahu it has acquired at least some of the characteristics of a “hidden superpower”. Its ascension was greatly facilitated – there is no other logical way to explain it – by its special links to the world financial capital and the rise of its power of the later during the “globalization” era (after 1990).

Israel has not only a regional, but a truly global agenda, from Ukraine to Brazil and from Britain to Sudan. It is also able to intervene to the internal affairs of major European powers, like it did in Britain against Corbyn, or when it was able to overturn the decision by the French President Sarkozy upon his election in 2008 to appoint Hubert Védrine as Foreign Minister. Vedrine would be a serious obstacle to the French intervention in Syria to support jihadists and to the war which destroyed Libya.

At a time the 2nd Socialist International is a shadow of itself, the 3rd Communist International does not exist and the 4th International has been split in many organizations, if not degenerated, the Israeli extremists dispose of their own Far Right International, in the form of the Evangelicals, able to greatly influence the politics of big countries like the US or Brazil. Israel is so powerful (and many people so opportunistic) that it has been able to deter effectively any serious analysis of its global role. You can also freely criticize Americans, Russians, Germans or Chinese, but it seems much more difficult to do it with Israel. As George Orwell put it, all animals are equal, but some are more equal than others.

This controversy between the two lines on Iran has resurfaced in recent days. Trump’s departure will make war with Iran much more difficult. And on the other side, a war could facilitate Trump’s plans to remain in power, in spite of his electoral defeat.

Acting US Secretary of Defense Christopher Miller has ordered the US aircraft carrier Nimitz to return to its base, thus removing a key element for any major military action against Iran. He did so despite the suggestion of General Frank McKenzie, head of the US Central Command, who was pushing for the expansion of the aircraft carrier’s mission. Simultaneously, anonymous Pentagon sources told CNN that there is no trace of information about any planned attacks by Iran, especially in Iraq. That means the Pentagon sources have denied what American and Israeli officials have been claiming for weeks!

Just before this announcement was made the Americans sent to the Gulf strategic B-52 bombers for a third time in recent weeks and the Israelis a submarine equipped with nuclear weapons.

It is also noteworthy that the chief of the US General Staff General visited Israel recently. Maybe it is a pure coincidence, but every time he visits Israel something very big happens afterwards. It was the case with Gen. Soleimani’s assassination or the explosion in Beirut.

The extremists of the Empire have repeatedly used methods of provocation, deception and deep “entryism” into the US state apparatus and political and media system, in order to provoke the invasion of Iraq in 2003. They are most probably trying to use the same methods now, only now their opponents know their methods and they are much more aware of the potential consequences of a major escalation in the Middle East. We cannot exclude also that they use themselves the methods of their opponents, or, as a minimum, the situation has already led various opponents of a war against Iran to communicate somehow between themselves, thus creating an informal, still powerful “anti-provocation” mechanism.

Human history cannot repeat itself in exactly the same forms, as happens with processes of the inorganic world, for a quite simple reason. Humans know it.

Three conclusions can be drawn from what we already presented.

First, the international public awareness was greatly reduced during the last 20 years. Back in 2003 powerful states and millions of demonstrators were mobilized against the Iraq war. Now, we have to count on the US Armed Forces, the CIA and various conspiracies to avert the danger of a global disaster!

Second, it seems very probable that extremists will not be able to provoke the war they are planning, although no one can be certain. It is an ongoing struggle.

Third, even if nothing happens from now till January 20th, even under Biden, the dangerous oscillation of the Middle Eastern situation (and of the whole world situation) between chaos and stability will continue and the apocalyptic scenarios may come back, if there is not a comprehensive solution to the problems of the whole region of the Middle East (and of the world). 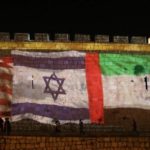 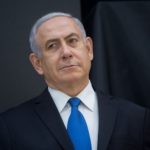 The US and Israel Playing their Cards in the Middle East