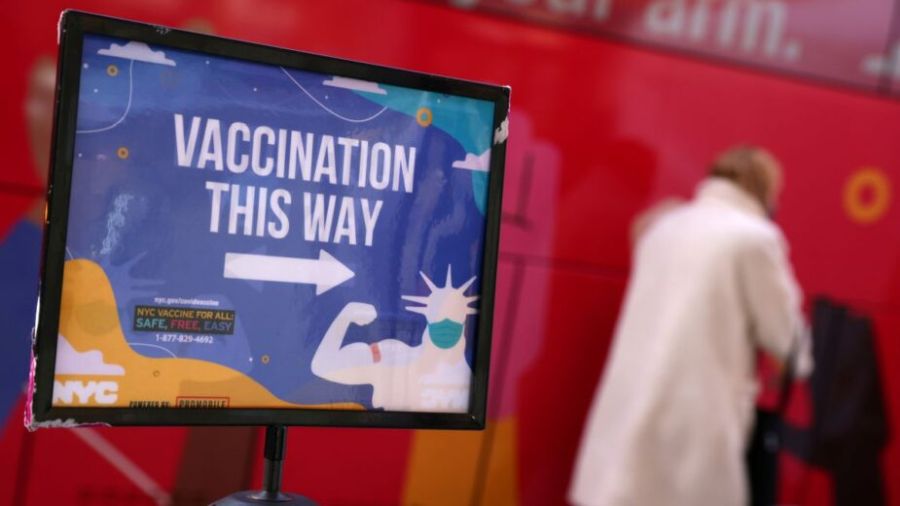 The sudden spate of on-field emergencies has raised questions among several seasoned veterans of the game, Robert Bridge writes.

Amid studies showing a link between some vaccines and heart problems, professional athletes appear to be collapsing on the field of dreams like never before. Are these incidences normal occurrences, coincidences or symptomatic of mandatory vaccine programs?

As more countries make vaccinations mandatory requirements for participating in many aspects of life, including that of sporting events, stadiums around the world have become something of testing grounds for determining the efficacy of the rollout. Thus far the results do not look particularly promising.

Last month, the world of female rugby was rocked by the news that Scottish sensation Siobhan Cattigan, 26, died suddenly “in non-suspicious circumstances,” as the Daily Mail reported. Yet anytime a young person – not least of all a healthy star athlete – dies unexpectedly there is some inherent element of ‘suspicion’ involved. Perhaps not in the criminal sense, but certainly from a medical point of view.

Moreover, had Cattigan’s premature death, the cause of which has not been disclosed, been an isolated event then it could be chalked up as something of a tragic ‘fluke.’ It appears, however, that Cattigan’s sudden death was not an isolated event, but rather part of a disturbing trend in the world of sports.

Last month, three professional athletes were stricken by health emergencies in the same week. Football player for Wigan Athletic, Charlie Wyke, 28, suffered cardiac arrest during scrimmage and was taken to hospital where he was reported in stable condition. Wyke credited emergency CPR performed by manager Leam Richardson with helping to save his life.

Days later, John Fleck, 30, a player with Sheffield United, was carried off the field on a stretcher during a Championship game against Reading. The Daily Mail, citing an anonymous source, reported rather defensively that “John Fleck’s issue was not vaccination related.” The list doesn’t end there.

In late October, Barcelona player Sergio Aguero, 33, considered one of the best strikers today, had his dazzling career cut short after being diagnosed with cardiac arrhythmia following a match; on November 1st, Icelandic midfielder Emil Palsson, 28, required resuscitation after a cardiac arrest 12 minutes into play; on June 12, Denmark midfielder Christian Eriksen, 29, named Danish Football Player of the Year a record five times, suffered a heart attack at Euro 2020 and given cardiopulmonary resuscitation. He announced his retirement from the sport after being fitted with an implantable cardioverter-defibrillator to regulate his heartbeat.

Do any of these health emergencies prove that the mandated Covid vaccines were to blame? Absolutely not. In fact, many medical professionals who have been quoted in the media on these incidences are inclined to blame “coincidence.” The Daily Mail went so far as to say that many scientists have rejected the suggestion that vaccines were suspect “especially as the country braces itself for a possible wave of more cases and deaths from Covid after the discovery of the Omicron variant.”

The conclusion by Reuters, after consulting with a number of medical experts, was nearly identical: “No evidence COVID-19 vaccines are linked to athletes collapsing or dying from myocarditis.”

Nevertheless, the sudden spate of on-field emergencies has raised questions among several seasoned veterans of the game.

“In my 19 years as a pro footballer & and then my 20+ years watching and commenting, I’ve never seen ANY players collapse, pass out, etc either live or during any of the thousands of training sessions and matches I’ve taken part in,” remarked ex pro-footballer Kevin Gage over Twitter.

Former England star Trevor Sinclair speaking about the incident involving Fleck on radio station TalkSport, commented: “I think everyone wants to know if he (Fleck) has had the Covid vaccine.”

Anecdotal evidence aside, is there anything in the medical literature to suggest a cause and effect may be in play? The answer points to the affirmative, with various studies indicating possible health issues associated with the vaccines, yet these risks, albeit rare, are being downplayed by social and mainstream media.

In early November, the American Heart Association, not your average right-wing group of conspiracy theorists, released a report with the lengthy title: ‘Abstract 10712: Mrna COVID Vaccines Dramatically Increase Endothelial Inflammatory Markers and ACS Risk as Measured by the PULS Cardiac Test: a Warning.’

The conclusion from the AHA seems worthy of some attention: “We conclude that the mRNA vacs dramatically increase inflammation on the endothelium and T cell infiltration of cardiac muscle and may account for the observations of increased thrombosis, cardiomyopathy, and other vascular events following vaccination.”

Despite the long-standing reputation of the AHA, Twitter actually fixed a warning stamp on the link to the study, claiming it may be “unsafe.”

Meanwhile, the first glimpse of Pfizer’s Covid-19 vaccine trial data – which is being released at the excruciatingly slow rate of 500 pages per month, meaning that full disclosure will not occur until the year 2076 – does little to instill confidence.

More than 25,000 of the events were classified as “nervous system disorders.”

Again, none of this proves that the vaccines are to blame for the apparent rise in collapses now happening in various sporting events. Indeed, it has been suggested that Covid-19 itself may be to blame for increasing the frequency of cardiac arrest through “some inflammatory response,” Dr. Satjit Bhusri, a cardiologist at Lenox Hill Hospital in New York City, told WebMD.

The point is we just don’t know. As the world navigates its way painstakingly through this period of impenetrable darkness, along a coastline riddled with dangerous rock formations, it would seem wise not to discount any possibilities, no matter how unsettling. That is the only way of allowing the science to indiscriminately determine the facts. Ignoring the other side of the debate as ‘conspiracy theorists,’ however, will prevent the necessary discussion from happening in the first place, which may very well be the goal behind such a risky game.

Throughout human history, those in the ruling class have found various ways to force those under them to work for their economic benefit. But in our day and age, we are willingly enslaving ourselves. The borrower is the servant of the lender, and there has never been more debt in our world than there is… 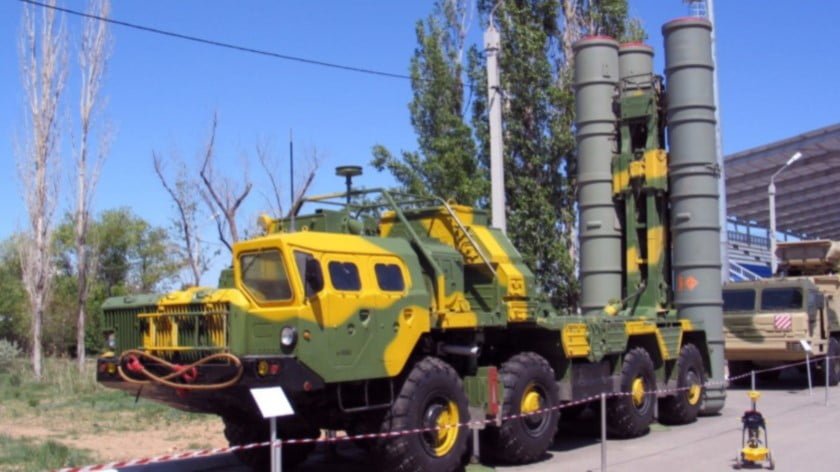 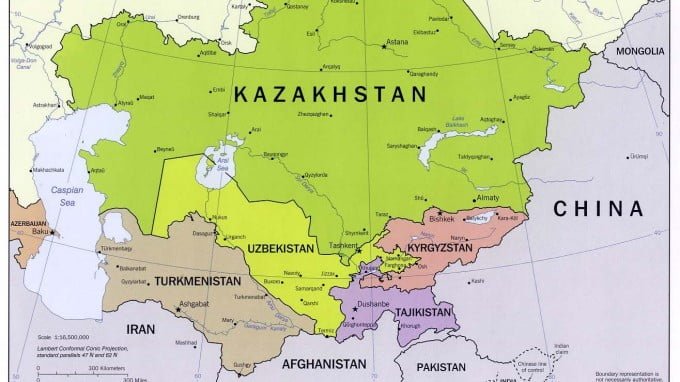 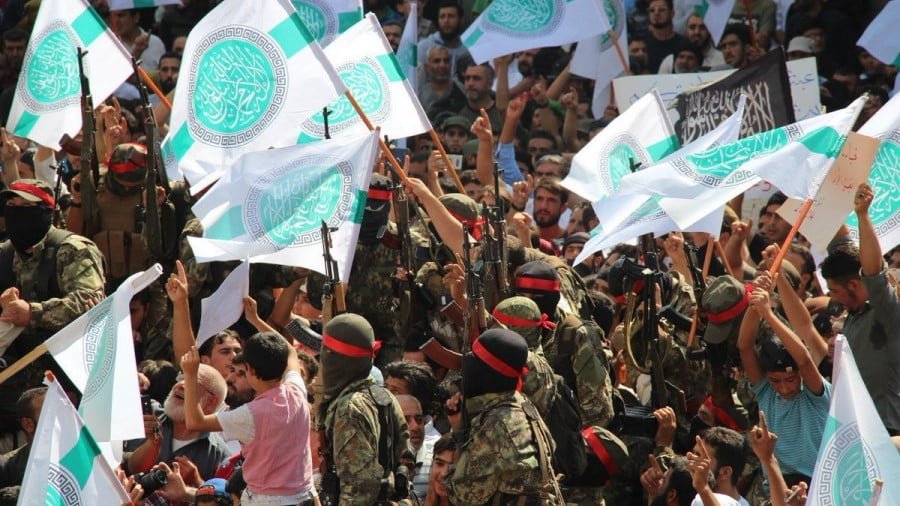