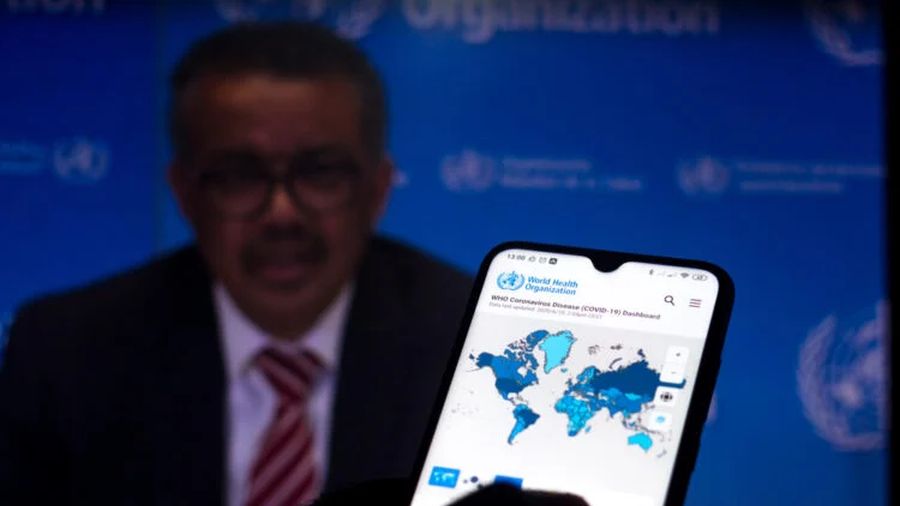 There is ample evidence of outright political fraud. A new variant detected in South Africa is used to justify a new wave of restrictions and violations of fundamental human rights.

The Omicron (B1.1.529) variant was immediately categorized by the WHO’s “technical advisory group” as a Virus of Concern (VOC), ie. a “highly infectious” variant of SARS-CoV-2.

That happened on Friday November 26 at WHO headquarters in Geneva. This is their authoritative statement:

…In recent weeks, infections have increased steeply, coinciding with the detection of B.1.1.529 variant. The first known confirmed B.1.1.529 infection was from a specimen collected on 9 November 2021.

This variant [omicron] has a large number of mutations, some of which are concerning. Preliminary evidence suggests an increased risk of reinfection with this variant, as compared to other VOCs. The number of cases of this variant appears to be increasing in almost all provinces in South Africa.

The TAG-VE (Advisory Group on SARS-CoV-2 Virus Evolution) is integrated by hand-picked expert appointees from medical schools, foundations, UN entities, etc. It does not include WHO staff members.

In all likelihood, the Gates Foundation (which constitutes a major source of funding of the WHO) played a key role in selecting TAG-VE appointees.

The TAG-VE’s recommendations are “advisory”. They do not constitute an official statement on behalf of the WHO.

The November TAG-VE advisory was then used by governments and the media to justify partial lockdowns and restrictions on air travel. The omicron fear campaign went into high gear. The stated intent was to “save lives”.

In the words of Dr. Anthony Fauci, in a contradictory statementOmicron “is already in the United States but has yet to be detected”. “when you have a virus that is showing this degree of transmissibility and you’re having travel-related cases they’ve noted in other places already, when you have a virus like this, it almost invariably is going to go all over,” (NBC, November 26, 2021)

Meanwhile stock markets collapsed coupled with an increase in the shares of the Big Pharma vaccine conglomerates.

The WHO TAG-VE advisory also contributed to the ongoing bankruptcy of the airline industry Worldwide, undermining business transactions, international commodity trade and production.

On Wall Street, manipulation, inside information, foreknowledge and speculative trade prevail. The Omicron Virus of Concern (VOC) has contributed to a steep increase of Big Pharma shares. CNN Business.

The TAG-VE advisory was released by the WHO

A Mysterious WHO Update on Omicron Two Days Later

On Sunday (28 November) in Geneva, the WHO issued a statement entitled Update on Omicron

It was drafted in a rush following the Friday TAG-VE advisory. It was published on Sunday.

While the Official WHO Update on Omicron passed virtually unnoticed, it invalidates the technical advisory group’s (TAG-VE) November 26 advisory as well as the “Warnings” of the WHO Director General Dr. Tedros Adhanom.

It also refutes the decision of the (TAG-VE) group to categorize the Omicron Variant as a Virus of Concern (VOC).

Below are excerpts of the Update. To read the complete text click here

It is not yet clear whether infection with Omicron causes more severe disease compared to infections with other variants, including Delta.

Preliminary data suggests that there are increasing rates of hospitalization in South Africa, but this may be due to increasing overall numbers of people becoming infected, rather than a result of specific infection with Omicron.

There is currently no information to suggest that symptoms associated with Omicron are different from those from other variants. …. (emphasis added)

Reports by medical practitioners in South Africa confirm unequivocally that the TAG-VE advisory is fake.

According to Dr. Angelique Coetzee, a Private Practitioner and Chair of the South African Medical Association,

“What we are seeing clinically in South Africa — and remember I’m at the epicenter of this where I’m practicing — is extremely mild, for us [these are] mild cases. We haven’t admitted anyone, I’ve spoken to other colleagues of mine and they give the same picture.” (See Video Interview on CNBC)

Despite the TAG-VE advisory, WHO staff has opposed the disruption of air travel.

In an article entitled “Sigh of Relief in South Africa as Omicron Variant Appears to be ‘Super Mild‘ the author states the following:

The WHO and Coronavirus experts are increasingly convinced the new Omicron variant is ‘super mild’ and has, so far, not led to a jump in Covid death rates anywhere in Southern Africa.

The WHO is calling this morning for countries to drop travel restrictions and end the mass hysteria, and instead be cautiously optimistic as more and more reports out of South Africa suggest the new Omicron variant is not more lethal than the previous Delta variant.

In fact, there have been no reports of hospitalisations or deaths as a result of anyone being diagnosed with Omicron.

“Those types of extreme measures are not our recommendations … “These types of interventions are not sustainable”.

The WHO Director General Dr. Tedros Adhanom’s position is a political scam, totally at odds with that of his own staff.

Below is Dr. Tedros Adhanom’s November 29th “Warning” (video below),

The WHO Director General then holds a press conference on the Omicron Variant.

“The emergence of the Omicron variant has understandably captured global attention.

At least 23 countries from five of six WHO regions have now reported cases of Omicron, and we expect that number to grow.

WHO takes this development extremely seriously, and so should every country.

But it should not surprise us. This is what viruses do.

And it’s what this virus will continue to do, as we long as we allow it to continue spreading.

We are learning more all the time about Omicron, but there’s still more to learn about its effect on transmission, severity of disease, and the effectiveness of tests, therapeutics and vaccines.

The WHO sponsored Technical Advisory Group’s (TAG-VE) statement has no scientific basis.

It serves political interests. It creates economic and social chaos. It does not reflect the position of the WHO as a representative inter-governmental body of the United Nations.

It has contributed to feeding the fear campaign, largely with a view to justifying a new wave of repressive Covid-19 policy measures including the brutal enforcement of the vaccine mandate.

Ironically, the TAG-VE advisory was immediately refuted 2 days later by the WHO staff in an official “Update”.

Corruption in the upper echelons of the WHO.

Divisions within the WHO?

The WHO Director General Dr. Tedros Adhanom should resign. 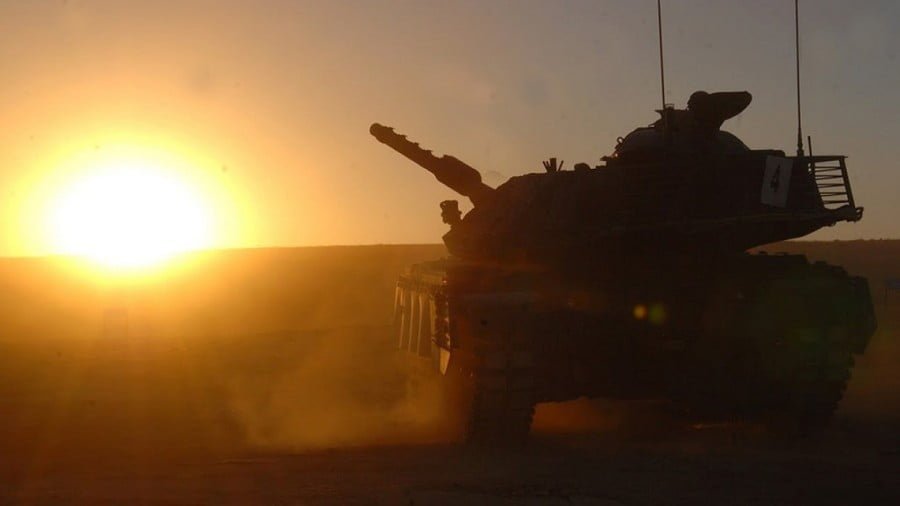 After negotiations between Russia/Syria and the Kurds of Afrin had failed, the Russian side made a deal with Turkey. Now Turkey attacks Afrin while everyone else looks aside. The main impetus for this development was the announcement of a U.S. occupation in north-east Syria with the help of the Kurdish YPG/PKK. The occupation strategy is… 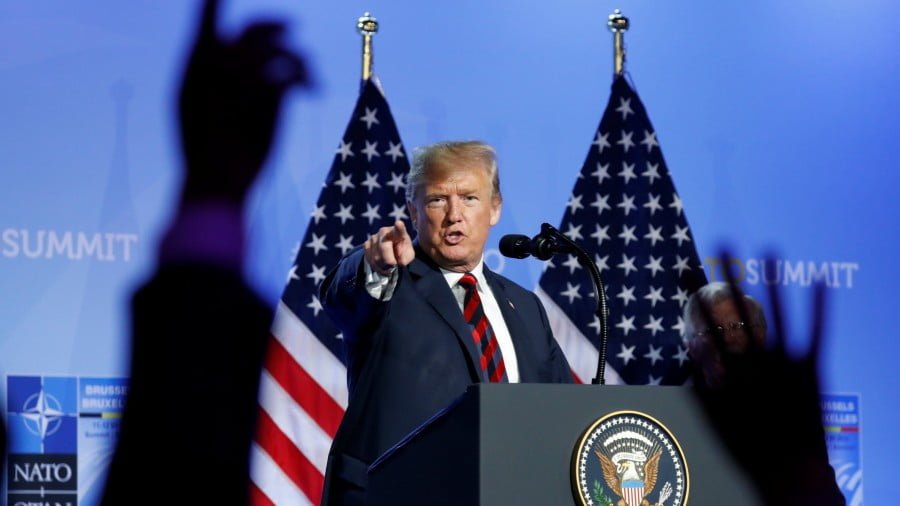 President Donald Trump says most summit meetings are a waste of time. He’s so right. Most meetings of every kind are a waste of time and energy. The president was certainly right about last week’s NATO summit in Brussels. At least, he livened it up by openly blasting his NATO allies once again for not… 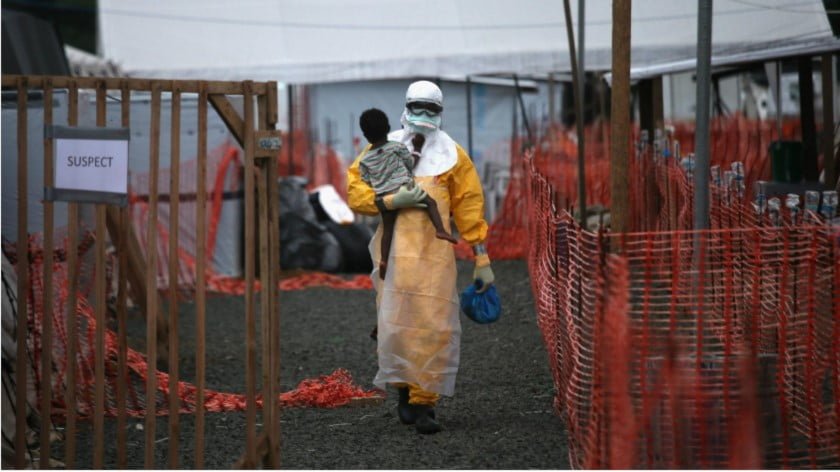 Unknown attackers recently torched Ebola treatment centers in the Congo twice in one week. The incidents occurred last Sunday and Wednesday in the conflict-wracked eastern part of the country and were apparently in response to some locals’ suspicions that international aid workers are up to no good. Reuters wrote about this trend last September in…

Venezuela’s story currently is of vulnerability and precariousness amidst signs of rising U.S. aggression. The imperialist U.S. government wants the socialist government of President Nicolas Maduro removed and insists that Venezuela’s massive oil reserves and the entire continent remain within the fold of international capitalism. Crucial to these U.S. designs is junior partner Colombia with…

The Moustache of Understanding, Thomas Friedman, has written the probably most embarrassing fanfiction ever: The most significant reform process underway anywhere in the Middle East today is in Saudi Arabia. Yes, you read that right. Though I came here at the start of Saudi winter, I found the country going through its own Arab Spring,…