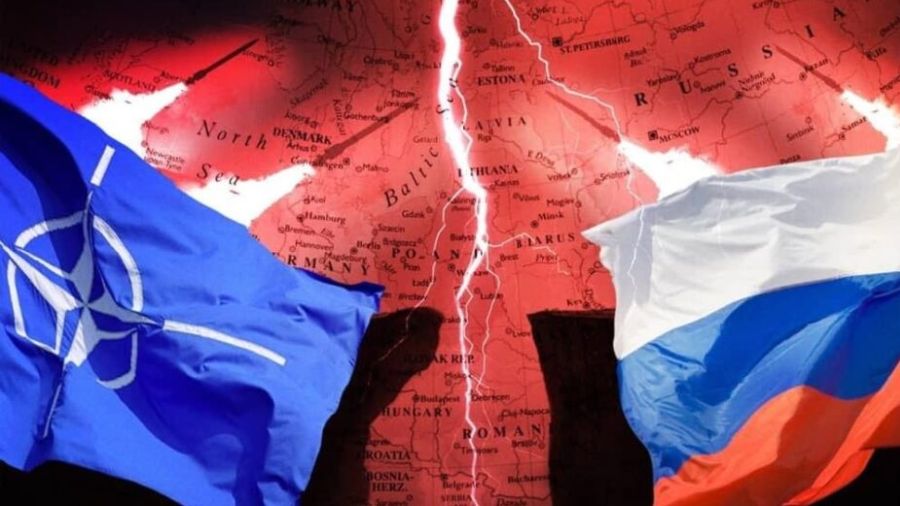 The US-NATO military alliance is preparing for war, and the western media are playing its game.

In straight reporting of news, the UK’s Guardian newspaper is one of the very few in the western media that maintains balance and objectivity. Its century-old motto, after all, is “Comment is free, but facts are sacred” which “implies honesty, cleanness, courage, fairness, a sense of duty to the reader and the community” and by and large it adheres to and abides by this admirable maxim.

This made it surprising and disturbing to read a headline on December 29 informing us that “Biden to speak with Putin amid Russia’s increased presence near Ukraine” because three days previously France 24, for example, had noted that 10,000 Russian troops had completed winter military exercises and were returning to their bases. Even Fox News carried an item mentioning the troop movement, albeit highlighting an appearance by former Secretary of State Pompeo when he warned that “Vladimir Putin will continue to push the U.S. as a result of weak leadership.”

There was no mention in the Washington Post of the routine troop deployment, although on December 28 The New York Times report of impending US-Russia talks acknowledged that “the announcement came shortly after Russia declared that 10,000 combat and special forces troops conducting exercises were returning to their barracks. But that move took place at some distance from Ukraine . . .” On the same day, the UK’s Daily Mail reported that “the Pentagon has ordered the USS Harry S. Truman and its carrier group to remain in the Mediterranean Sea amid rising tensions in the Ukraine as Russian troops remain on its border . . . The schedule change, approved by Defence Secretary Lloyd Austin, is to reassure European allies of US commitment to regional security, an official told the new outlet, without mentioning the ongoing Russian military build-up on the eastern border of Ukraine.”

It was not surprising that the Mail expanded on the “ongoing military build-up” by amongst other things telling its readers that “Russia has assembled 100,000 troops along the Ukrainian border, prompting fears of an invasion” — then tacking on the throwaway line that “Although, ahead of the announced talks, Putin pulled back 10,000 troops.”

It is disappointing that the western mainstream media is reluctant to mention anything favourable about Russia. Certainly, the redeployment of 10,000 troops was planned well in advance and would have been well known to western intelligence agencies whose activities around Russia’s borders are intense (with the US mounting missions by E-8 electronic warfare aircraft on December 27 and 29), but it is still a news item of significance that should be made known to the public. Instead of noting positive developments, however, such outlets as the Post concentrate on matters that will diminish or even destroy western views that Russia wants peace and objects justifiably to the movement towards its borders of combat troops of the US-NATO military alliance.

The US journal Stars and Stripes reported NATO’s supreme commander and head of U.S. European Command, General Tod Wolters, as saying on December 18 that he “wants to reinforce NATO’s eastern flank with multinational battlegroups in Romania and Bulgaria because of concerns about Russia’s moves around Ukraine”. NATO’s HQ in Brussels “didn’t directly address Wolters’ proposal” when questioned about it, and it seems the plan is still under discussion, although, as Stripes pointed out, “adding battlegroups in Romania and Bulgaria would be in line with more recent efforts by NATO to bolster its position around the Black Sea, a strategic waterway where Russia has been increasingly assertive . . . Most of NATO’s efforts since 2014 have focused on shoring up defences around the Baltics and Poland, where U.S. troops lead a battlegroup just 50 miles from the Russian military exclave of Kaliningrad.”

It is apparent that the United States considers itself entitled, indeed obliged to deploy hot-for-war battlegroups fifty miles from Russia’s border, while publicly condemning the Moscow government for conducting military exercises in its own territory. HQ NATO describes the battle groups in its “forward presence in the eastern part of the Alliance” as “robust and combat-ready forces” which “can be rapidly reinforced by additional forces and capabilities” in Estonia, Latvia, Lithuania and Poland.

NATO’s “enhanced forward presence” around Russia’s borders is at variance with the Conventional Armed Forces in Europe Treaty which was intended, as noted by the independent and objective Arms Control Association, to prevent Russia and NATO “from amassing forces for a blitzkrieg-type offensive . . .” and included restrictions on permanent positioning of outside forces. US-NATO has overcome this problem by rotating its battlegroups and thus abiding by the letter although certainly not the spirit of the Treaty, which sums up the policy of confrontation that has been the recurrent theme of the Pentagon-Brussels alliance for so long.

In its cover of the Putin-Biden talks on December 30 The New York Times stated that “Mr. Putin repeatedly accused the United States and NATO nations of placing offensive weapons near Russia’s borders, imperilling the country’s security” which had apparently “puzzled” US officials who — said the Times — thought he may have been referring to Javelin anti-tank weapons “and other small munitions” sold to Ukraine by US manufacturers. But the NYT declared it had “become increasingly clear” that Moscow means nuclear missiles “prohibited by a treaty that Moscow violated for several years, and President Trump abandoned.” Then the Times tried to make matters a little clearer by referring to Washington’s policy as described by Jake Sullivan, the Assistant to the President for National Security Affairs.

Mr Sullivan gave a talk to the Council on Foreign relations on December 17 in which he was asked a question about US offensive weapons near Russia’s borders. His answer was intended to be eminently intelligible, noting that “as we speak [we are] continuing to deliver defensive assistance to Ukraine. Just last week, another package of that assistance arrived. More will be arriving. We have a pipeline. There is an absorptive capacity question. But we are constantly assessing additional needs that Ukraine has, putting together potential packages. And those packages are actively under consideration.” On the other hand, Mr Sullivan seemed diffident about defining the distinction between defensive and offensive weapons, as he seems to imagine that the former are invariably employed by the US and its military allies whereas the latter are the exclusive provenance of those against whom the defensive category are aimed.

He then explained that “this is not an issue of saying yes or no to one piece of equipment or one package. We are moving a pipeline. As we do so, we look at more things we can move, and then more, and so forth. And so that is the nature of the way that we are looking at defensive assistance. And we don’t move into our calculus a particular perspective on Russia’s attitude or not. It’s about our assessment of needs and the pipeline and the steps that are being taken to currently deliver assistance. That’s how we’re approaching that question.”

That somewhat opaque statement is yet another arrow in the quiver of western disinformation regarding the US-NATO military build-up, the “enhanced forward presence” along Russia’s borders in NATO countries and especially in Ukraine that does not yet have a formal alliance with the US, although as CNN informed us on December 8, “in November, about 150 members of the Florida National Guard’s Task Force Gator deployed to Ukraine as part of the Joint Multinational Training Group-Ukraine . . . The Pentagon did not disclose how many special forces were in Ukraine because of operational security concerns.”

Offensive planning is frequently disguised in the media by the every-ready “operational security” refrain, just as offensive weapons are suddenly turned into protective “systems” when their evident purpose cannot conveniently be otherwise concealed. These are simply parts of the overall propaganda campaign. The US-NATO military alliance is preparing for war, and the western media are playing its game. 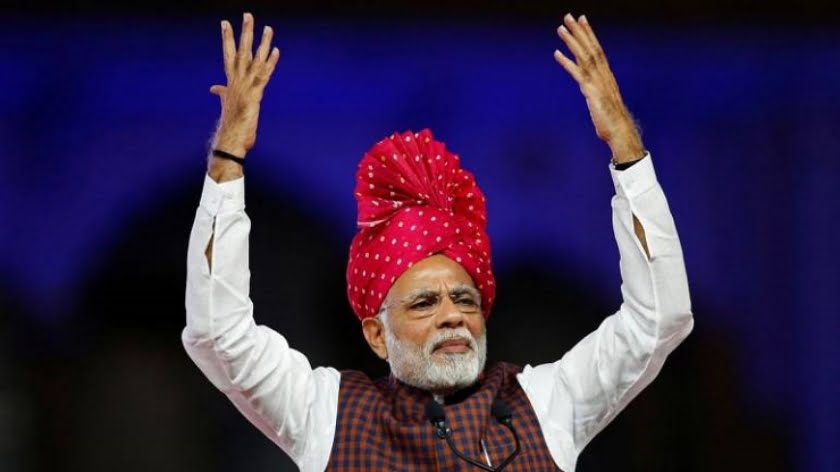 In the second half of May, in the region of the Indian and Pacific Ocean, two noteworthy events occurred. And they included the Australian federal election (on 18 May) and the end to the one-and-a-half month general election in India (on 23 May). Both countries are important players in the regional political game (even if… 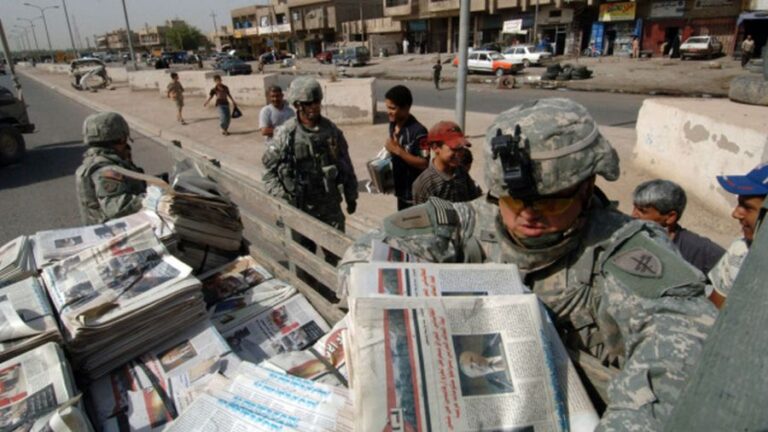 Firstly, it is necessary to explain what the US military means by information operations. According to a training document issued by the US Army War College in October 2011, “Information Operations (IO) seek to influence the behaviour of target audiences by changing their ability to make decisions, while simultaneously defending the friendly capability to make… 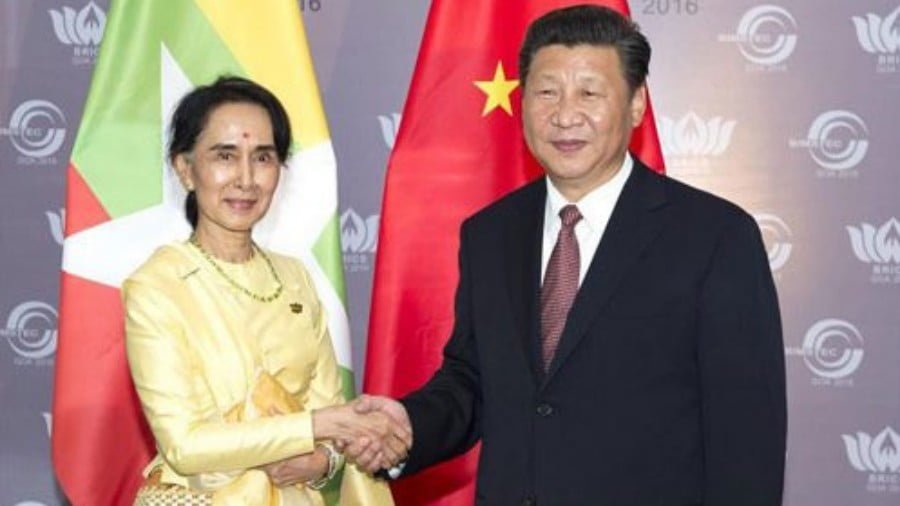 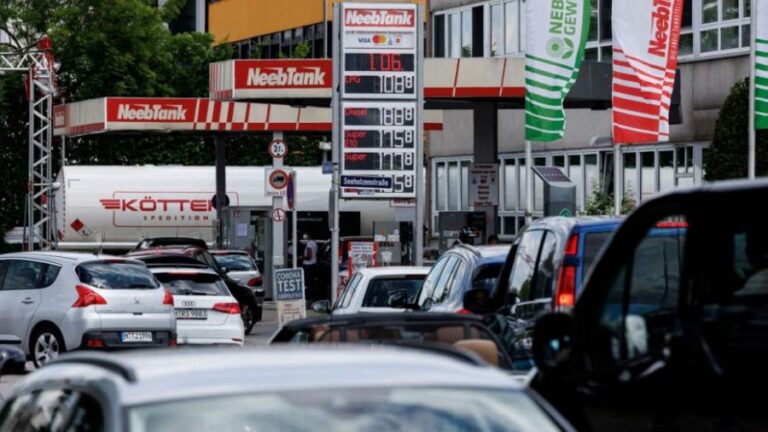 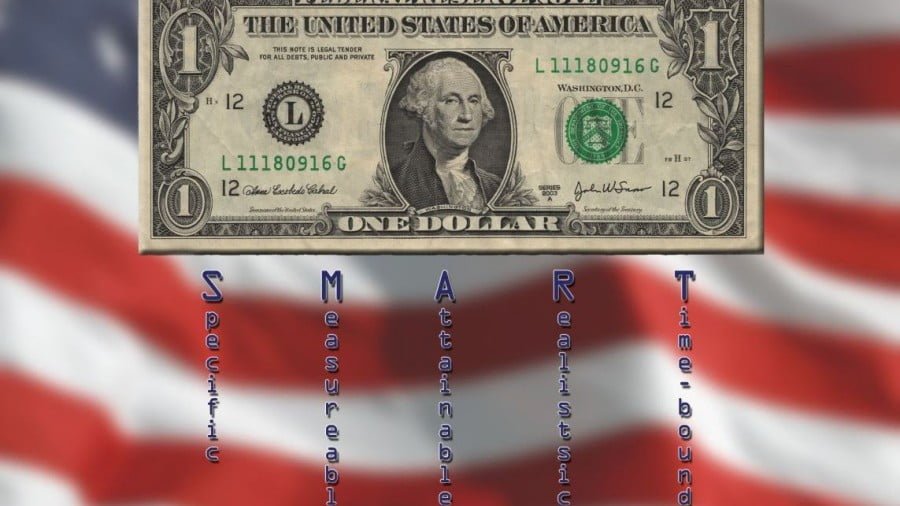 It seems that the Chinese leadership has concluded that the Trump Administration is determined to use its full spectrum radical leverage to hobble China as a rival, and to resurrect its own global domination – Xi seems to foresee a long struggle for position in the global future: one that will be played out geo-politically…