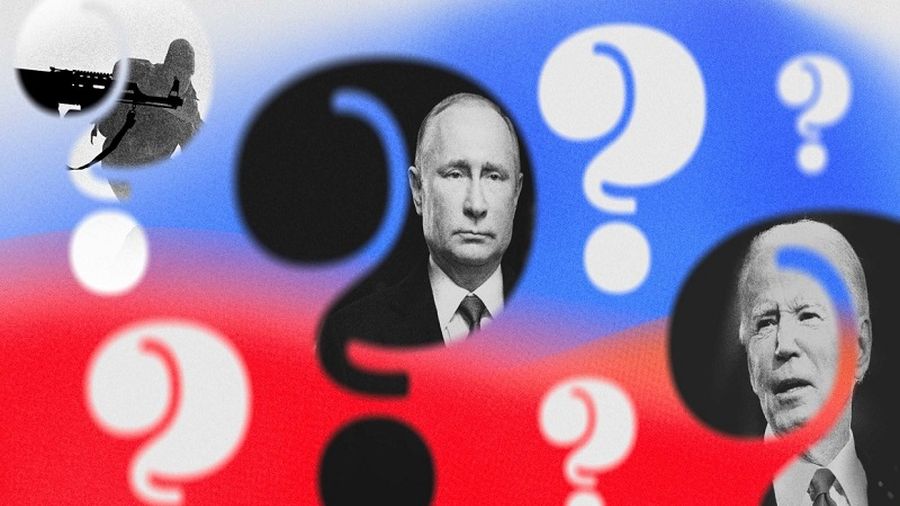 The described backdrop to the latest round of Russian war hysteria is especially dangerous since it suggests that President Zelensky has lost control of the situation and that the prerogative for initiating hostilities rests on the shoulders of those mercenary forces that are under foreign control.

PBS national security correspondent Nick Schifrin became the talk of the internet on Friday after tweeting that three Western and defense officials told him that “The US believes Russian President Vladimir Putin has decided to invade Ukraine, and has communicated that decision to the Russian military”. This added some unverified “certainty” to Secretary of State Antony Blinken’s earlier warning about the impending outbreak of hostilities at “any time”, which Bloomberg then reported “could start as soon as Tuesday” in spite of that outlet having already cried wolf after “accidentally” publishing a fake news headline the week prior claiming that “Russia Invades Ukraine”. Politico cited its own sources to also report that US President Joe Biden told American allies that the “attack” will begin on that day.

Russian Foreign Ministry spokeswoman Maria Zakharova reacted to this hype and the US’ associated plans to deploy even more forces to Europe by declaring that “The hysteria of the White House is more revealing than ever. The Anglo-Saxons need a war. At any price.” Prior to that, Kremlin Deputy Chief of Staff Dmitry Kozak lamented the nine hours that he wasted on negotiations during the latest Normandy Four talks in Berlin that failed to align the Russian and Ukrainian positions over the UNSC-backed Minsk Accords. Zakharova also warned that the plethora of fake news about Russia hinted at impending anti-Russian provocations. This was preceded by Russian presidential spokesman Dmitry Peskov expressing concern over reports of the US considering Ukraine’s request for THAAD “anti-missile systems”.

It’s important to point out that the undeclared US–provoked missile crisis in Europe was triggered by Russian intelligence’s concerns as expressed by President Vladimir Putin himself that America plans to deploy strike weapons – including hypersonic ones – to the region and potentially even Ukraine on the pretext of “defending” that former Soviet Republic in the event that Kiev initiates a third round of hostilities in Donbass and under the possible cover of being “anti-missile systems”. One of the Donbass militias also earlier warned that Kiev was plotting acts of sabotage and terrorism as part of a false flag provocation against Russia. Additionally, a different Donbass militia claimed that Kiev already deployed S-300s, artillery, and even foreign mercenaries near the front line too.

On the topic of mercenaries, the infamous Machiavelli whose insight is renowned the world over centuries after his passing unforgettably wrote that “Mercenaries and auxiliaries are useless and dangerous; and if one holds his state based on these arms, he will stand neither firm nor safe; for they are disunited, ambitious, and without discipline”. Ukrainian President Volodymyr Zelensky’s disagreements with his American counterpart over the likelihood of a so-called “Russian invasion” are well known and were even reported by passionately pro-government CNN among many other partisan sources that wouldn’t have any motivation to lie about the US’ Democrat administration. This prompts concern that US-backed mercenaries might provoke a conflict with Russia despite Kiev’s disapproval.

The described backdrop to the latest round of Russian war hysteria is especially dangerous since it suggests that President Zelensky has lost control of the situation and that the prerogative for initiating hostilities rests on the shoulders of those mercenary forces that are under foreign control. One spark is all that it could take to trigger a larger conflict that could quickly spiral into a global crisis considering the threat that the strike weapons scenario that Russian intelligence warned about poses to the Eurasian Great Powers’ nuclear second-strike capabilities. Although Ukraine’s S-300s and reportedly desired THAADs aren’t sufficient on their own to undercut Russia’s deterrence, this “anti-missile” trend could rapidly scale to the point where it seriously risks crossing that country’s red lines.

From the presumed Russian perspective, President Zelensky doesn’t want to de-escalate since his government refuses to implement the Minsk Accords that could otherwise remove the pretext for prompting the US’ strike weapons plan that Russian intelligence warned about. He’s also clearly lost control of the military dynamics after allowing American-backed mercenaries to operate near the front line where they could easily engage in acts of sabotage and terrorism for provoking a war with Russia, including through false flag attacks. The latest full-fledged fake news assault against Russia might be interpreted by Moscow as preconditioning the global public for this escalation scenario. Under such circumstances where Russia could regard a conflict as inevitable, it might be tempted to act first.

These speculations, based as they are upon educated conjecture of that country’s grand strategic calculations amidst the worrying American-driven miliary dynamics around Donbass, could explain why the US might have genuinely concluded that Russia is prepared to preemptively defend its national security red lines as early as next week. It might also be the case that the US decided to act first by approving a false flag attack by the mercenaries under its control in Eastern Ukraine, predicting that it’ll be high-profile enough to provoke Russia into responding in one way or another. Even though it would remain unclear what form Moscow’s reaction could take, it might still be deemed sufficiently likely that it would be a kinetic one of some sort to conform to the preconditioned narrative of a “Russian attack”.

For what it’s worth, Israel announced on Friday that it’s evacuating most of its diplomats and all their family members from their embassy in Kiev while continuing to run their operations on a skeleton staff of less than 10 people. Its Foreign Minister told Axios in an exclusive interview earlier this month that “the [Israeli] assessment is that we don’t see a violent confrontation soon. I also don’t think a world war is about to start there” so this abrupt change of policy during the latest round of Russian war hysteria suggests that something serious must have influenced Tel Aviv to reverse its stance. Regardless of one’s feelings towards it, the Mossad is recognized as among the world’s top intelligence agencies, so if its latest implied assessment is that a war might soon begin, then this scenario shouldn’t be dismissed. 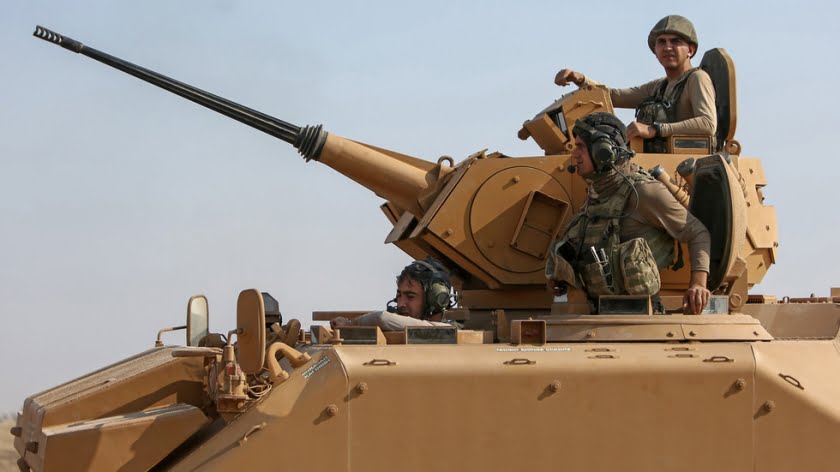 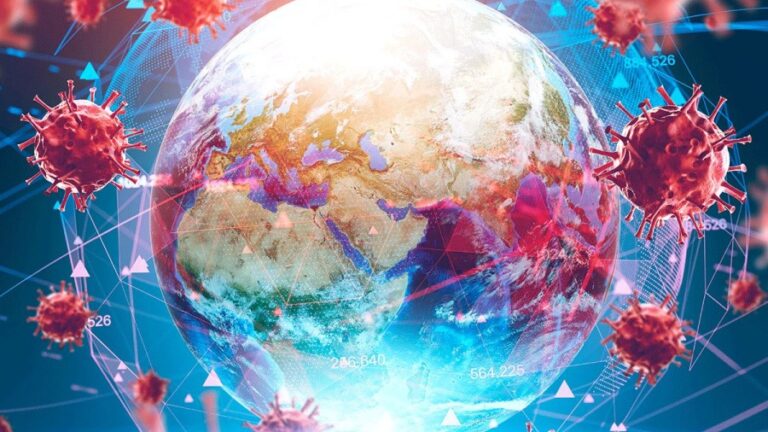 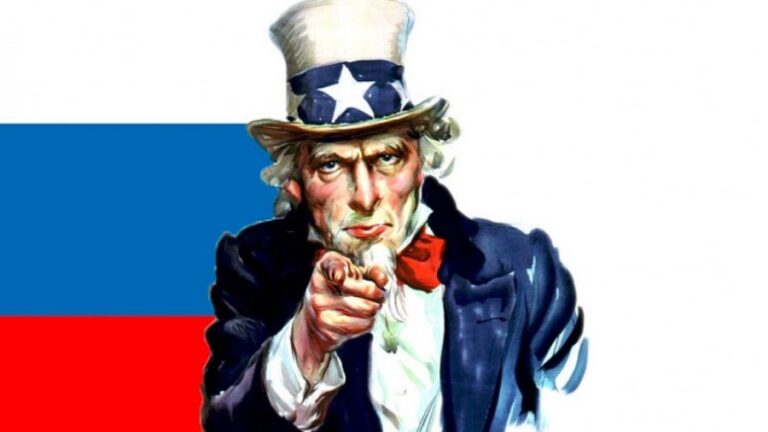 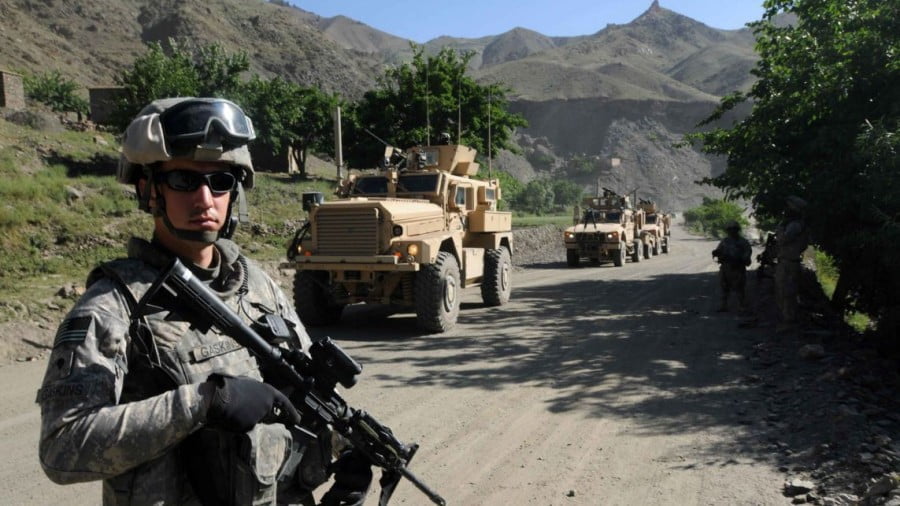 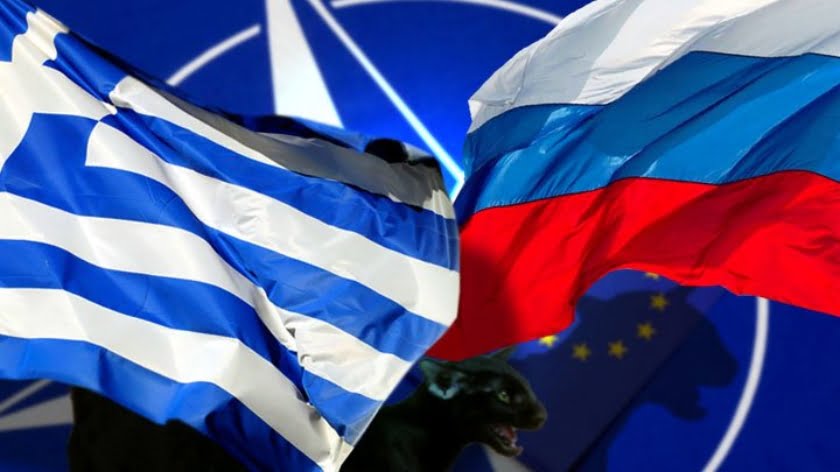 A revealing poll released earlier last week by the highly-reliable Pew Research Center found that the majority of people in Greece and Turkey viewed NATO unfavourably – the only states of the 16 NATO members surveyed to view the U.S.-led organization in this way. In fact, in the case of Greece, it was one of…