Israel sent extra troops into the occupied West Bank and the Old City of East Jerusalem on Saturday amid predictions of a third intifada as Palestinian shop owners held a general strike to mourn the loss of five protesters who have died from violent clashes with Israeli police in the past two days.

The clashes have mounted pressure on Israeli Prime Minister Benjamin Netanyahu, as the security cabinet was set to convene on Sunday to discuss alternative to controversial metal detectors placed outside the al-Aqsa mosque. Netanyahu was also set to hold a cabinet meeting, as domestic and international concerns continued to rise about the spiralling violence.

Palestinians who launched “day of rage” mass demonstrations on Friday in continued protesting the metal detectors, in spite of the heightened security after three Israeli settlers were stabbed to death by a Palestinian overnight in the Israeli West Bank settlement of Neve Tsuf.

On Saturday, Palestinian youths hurled stones and petrol bombs as the army used a bulldozer to close off the 19-year-old attacker’s West Bank village and prepare his house for probable demolition.

Israel frequently punishes the families of attackers by razing or sealing their homes as a deterrent, although rights groups say this amounts to collective punishment.

Additional troops were deployed by the Israelis in a bid to fend off copy-cat attacks in the West Bank.

President Mahmoud Abbas announced that the Palestinian Authority will suspend contact with Israel in protest of its plans to implement further security measures at the al-Aqsa compound.

There was no immediate public reaction from Israel’s Prime Minister Benjamin Netanyahu. It is uncertain whether this breach in contact will impact security coordination that has been in place since the Oslo Accords were signed in the early ’90s.

The Israeli security cabinet is expected to discuss alternative measures that could be used to replace the metal detectors, according to two Israeli officials who spoke on condition of anonymity.

One Israeli general also told BBC Arabic on Saturday that he hoped that other Muslim nations could come up with a reasonable alternative.

“We hope that Jordan and other Arab nations can suggest another security solution for this (problem),” Maj-Gen Yoav Mordechai said, referring to the metal detectors.

“Any solution be it electronic, cyber or modern technology: Israel is ready for a solution. We need a security solution; not political or religious.”

Russia, the United States, the European Union and the United Nations – the so-called Quartet of Middle East peace mediators – said in a joint statement on Saturday that they were “deeply concerned by the escalating tensions and violent clashes taking place in and around the Old City of Jerusalem”, and called for restraint on all sides.

The UN Security Council plans to hold closed-door talks on Monday about the deadly unrest, diplomats said. The meeting – requested by Sweden, France and Egypt – will “urgently discuss how calls for de-escalation in Jerusalem can be supported,” said Sweden’s political affairs coordinator, Carl Skau.

The arrests included “senior members,” a Shin Bet statement read, and was part of the security forces’ preventive measures in the wake of “the tensions around the Temple Mount”.

No Palestinian group claimed responsibility for the projectile.

Normally bustling with people from across the region, the atmosphere was quiet as heavily armed Israeli police patrolled the ancient walls of the Old City.

Sitting on Alwad street, Abu Amjad, who has owned a shop in the Old City since 1982, told Middle East Eye why he decided to close his shop: “We all decided to take part in the strike, despite the financial cost, to show respect and solidarity with our brothers who were killed yesterday by the Israeli forces,” Amjad said.

“I believe that the Israeli government is trying to control the Aqsa mosque and to evict the Palestinians from the Old City.

Plans by the Israelis to install metal detectors and electric doors are part of a bigger and more organised move to control the al-Aqsa and divide the mosque.”

Muslim religious authorities claim the metal detectors violate a delicate agreement on worship and security arrangements at the Jerusalem site and have urged Palestinians not to pass through. Prayers have been held outside, near an entrance to the complex.

The elderly shop owner, who had been sitting outside his shop since morning, said the Israelis may implement al-Aqsa security restrictions similar to those at the Ibrahimia Mosque in Hebron.

“The electronic doors remind me of the way they divided the Haram Ibrahimia Mosque in Hebron. It started with the metal doors and security excuses, and now we can’t pray there without permission of Israel and they close the mosque whenever they want,” Amjad said.

He added: “The electronic doors they put in the Aqsa gates must be removed. I think the Israelis are confused. They installed the doors to see how we would respond and now they are stuck. We are not going to accept it. The Palestinian people are united to keep the protests going until we can enter our holy places freely.”

Having witnessed the first and second intifada, Amjad said he thinks a more widespread intifada may take place if the security situation remains the same.

“I don’t believe that Netanyahu will step back. If he moves away from the electronic doors then he will look weak, and that’s why I think we have to remove them by ourselves,” he told MEE.

“Sooner or later this is going to happen. The situation will escalate, and we will see a new intifada that will be different from the others because this time it will be popular and all the people will believe in the same cause.”

His prediction of a third Intifada was echoed by Dr Mustafa Barghouti, who sits on the Palestinian Legislative Council.

“What has happened in the last few days is not random or a mere coincidence,” Barghouti told MEE. “This is unique, as it is not individuals but a popular movement with huge numbers of people who are taking to the streets. They are recharging and bringing momentum back to the Palestinian people.

He added: “It could be the beginning of a new third intifada that differs from the past ones. This could be the start of a new political period that will see the people override the Palestinian Authority and create a new leadership.”

After Palestinian authorities called for a “day of rage” on Friday, three Palestinians aged between 17 and 20 were shot dead. The Red Crescent reported 450 people wounded in Jerusalem and the West Bank, including 170 from live or rubber bullets.

On Saturday, a fourth Palestinian man wounded in clashes with Israeli forces in the West Bank died of his injuries, the Palestinian health ministry said. It said 17-year-old Oday Nawajaa had been hit by live fire and critically wounded at Al-Azariya east of Jerusalem.

And a fifth Palestinian, aged 18, died in the West Bank village of Abu Dis when a petrol bomb he was planning to throw at Israeli security forces exploded prematurely, the ministry said.

The Israeli family that was stabbed were reportedly having Shabbat dinner. A 19-year-old Palestinian from Khobar barged into the house, killed three family members and severely wounded a fourth. The three slain were the father, who was in his 60s, his son and daughter who were both in their 40s, according to a Haaretz report. The mother is being treated at Shaare Zedek hosptial in Jerusalem.

The reported assailant was identified in news reports as Omar el-Abed from the West Bank village of Khobar near Ramallah.

Abed sustained some injuries and was sent to Rabin Medical Center in Petah Tikva for treatment, according to a Haaretz report.

The army said in a statement that the four victims were Israeli civilians and that the assailant was also shot. It was not known whether he was alive.

The Israeli army said Abed had spoken in a Facebook post of the Jerusalem holy site and of dying as a martyr.

Israeli Defence Minister Avigdor Lieberman met with senior commanders in the West Bank to assess the situation and said the attacker’s home would be promptly demolished, in line with Israeli policy. He called on Abbas to condemn the attack, describing it as a “slaughter”.

“Netanyahu’s mistake was installing the metal detectors without a Muslim interlocutor. It is the coercive character more than the security measure itself that made this unacceptable for Palestinians.”

Israel decided to install the metal detectors at the entry point to the shrine in Jerusalem about a week ago after the killing of two Israeli policemen stationed there.

On Saturday, entrances to Jerusalem’s walled Old City were open amid heavy security.

The metal detectors also remained at the entrance to the mosque compound. 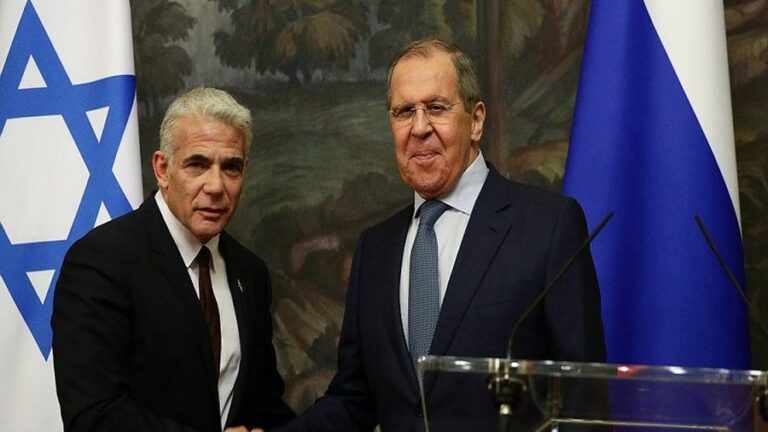 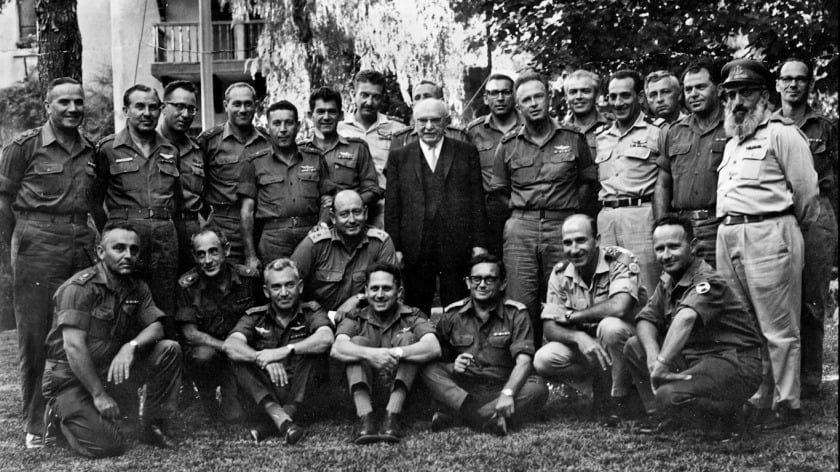 June 2, 1967, was a tense day at the Israeli army headquarters in Tel Aviv. For weeks, IDF generals had been pushing the government to initiate a war and the atmosphere was tense. Israel’s Prime Minister Levi Eshkol, who also acted as minister of defense, came to see the generals at the IDF command center…. 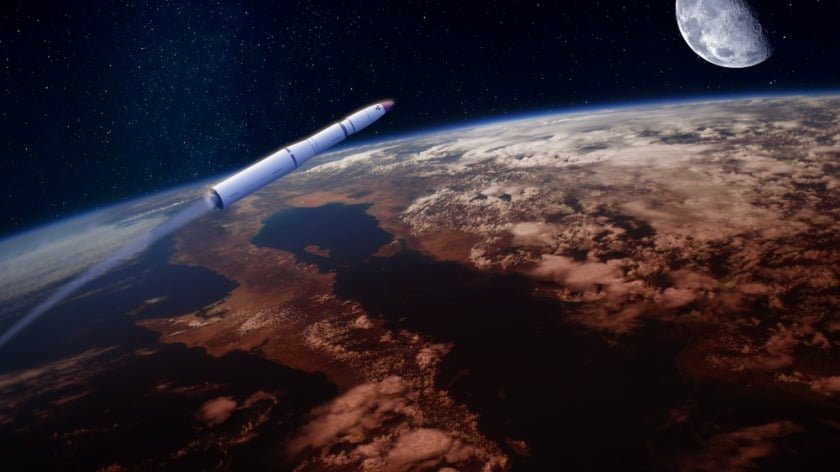 “There have been as many plagues as wars in history, yet plagues and wars take people equally by surprise.” Albert Camus, “The Plague” Camus’ novel of a lethal contagion in the North African city of Oran is filled with characters all too recognizable today: indifferent or incompetent officials, short sighted and selfish citizens, and lots… 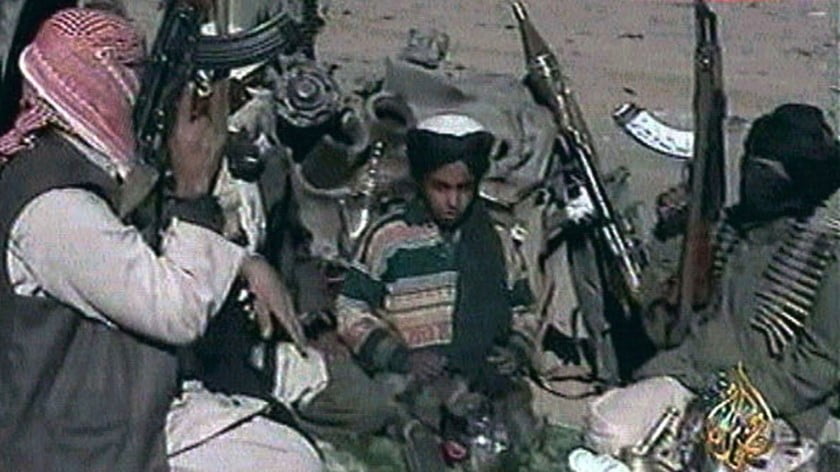 It appears that Hamza Bin Laden, a son of the late founder of Al-Qaeda, Osama Bin Laden, may be the heir apparent to lead the militant group, based on what the US State Department now says. They declared Hamza – believed to be about 30 years old – the emerging leader of the terrorist group… 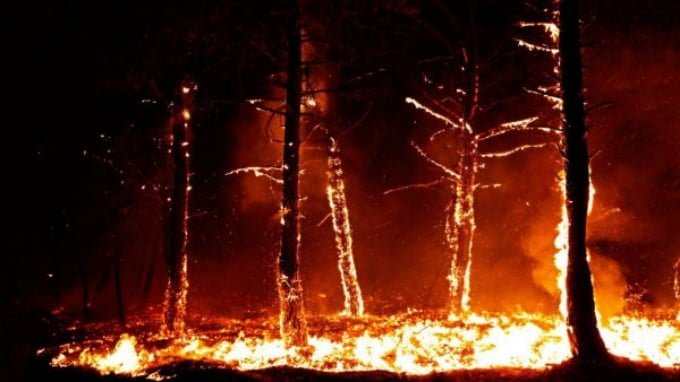 Roughly half-way through the year 2020 it is becoming pretty obvious that there are a number of major developments which almost got our total attention, and for good reason, as these are tectonic shifts which truly qualify as “catastrophe” (under the definition “a violent and sudden change in a feature of the earth“). These are:…