One of the most important outcomes of the Trump Presidency are the revelations describing the complex competing forces and relations engaged in retaining and expanding US global power (‘the empire’).

The commonplace reference to ‘the empire’ fails to specify the interface and conflict among institutions engaged in projecting different aspects of US political power. In this essay, we will outline the current divisions of power, interests and direction of the competing configurations of influence.

The Making of Empire: Countervailing Forces

‘The empire’ is a highly misleading concept insofar as it presumes to discuss a homogeneous, coherent and cohesive set of institutions pursuing similar interests. ‘The empire’ is a simplistic general phrase, which covers a vast field contested by institutions, personalities and centers of power, some allied, others in growing opposition.

While ‘the empire’ may describe the general notion that all pursue a common general goal of dominating and exploiting targeted countries, regions, markets, resources and labor, the dynamics (the timing and focus of action) are determined by countervailing forces.

In the present conjuncture, the countervailing forces have taken a radical turn: One configuration is attempting to usurp power and overthrow another. Up to this point, the usurping power configuration has resorted to judicial, media and procedural-legislative mechanism to modify policies. However, below the surface, the goal is to oust an incumbent enemy and impose a rival power.

Who Rules ‘the Empire’

In recent times, executive officials rule empires. They may be prime ministers, presidents, autocrats, dictators, generals or a combination of them. Imperial rulers largely ‘legislate’ and ‘execute’ strategic and tactical policies. In a crisis executive officials may be subject to review by competing legislators or judges, leading to impeachment (soft coup d’état). Normally, the executive centralizes and concentrates power, even as they may consult, evade or deceive key legislators and judicial official. At no point in time or place do the voters play any significant role.

The executive power is exercised via specialized departments or secretariats – Treasury, Foreign Affairs (Secretary of State), Interior, and the various security services. In most instances there is greater or lesser inter-agency competition over budgets, policy and access to the chief executive and leading decision makers.

In times of crises, when the ruling executive leadership is called into question, this vertical hierarchy crumbles. The question arises of who will rule and dictate imperial policy?

With the ascent of Donald Trump to the US Presidency, imperial rulership has become openly contested terrain, fought over amid unyielding aspirants seeking to overthrow the democratically elected regime.

While Presidents rule, today the entire state structure is riven by rival power centers. At the moment, all of the power seekers are at war to impose their rule over the empire.

In the first place, the strategically placed security apparatus is no longer under Presidential control: They operate in coordination with insurgent Congressional power centers, mass media and extra-governmental power configurations among the oligarchs (business, merchants, arms manufacturers, Zionists and special interest lobbies).

Sectors of the state apparatus and bureaucracy investigate the executive, freely leaking damaging reports to the media, distorting fabricating and/or magnifying incidents. They publicly pursue a course with the goal of regime change.

The FBI, Homeland Security, the CIA and other power configurations are acting as crucial allies to the coup-makers seeking to undermine Presidential control over the empire. No doubt, many factions within the regional offices nervously look on, waiting to see if the President will be defeated by these opposing power configurations or will survive and purge their current directors.

The Pentagon contains both elements that are pro as well as anti-Presidential power: Some active generals are aligned with the prime movers pushing for regime change, while others oppose this movement. Both contending forces influence and dictate imperial military policies.

The most visible and aggressive advocates of regime change are found in the militarist wing of the Democratic Party. They are embedded in the Congress and allied with police state militarists in and out of Washington

From their institutional vantage points, the coup-makers have initiated a series of ‘investigations’ to generate propaganda fodder for the mass media and prepare mass public opinion to favor or at least accept extraordinary ‘regime change’.

The Democratic Party congressional – mass media complex draws on the circulation of selective security agency revelations of dubious national security value, including smutty gossip, which is highly relevant for overthrowing the current regime.

Presidential imperial authority has split into fragments of influence, among the legislative, Pentagon and security apparatus.

Presidential power depends on the Cabinet and its apparatus in a ruthless fight over imperial power, polarizing the entire political system.

The Trump regime has many strategic enemies and few powerful supporters. His advisers are under attack: Some have been ousted, others are under investigation and face subpoenas for hysterical McCarthyite hearings and still others may be loyal but are incompetent and outclassed. His Cabinet appointees have attempted to follow the President’s stated agenda, including the repeal of Obama’s disastrous ‘Affordable Care Act’ and the rollback of federal regulatory systems, with little success, despite the fact that this agenda has strong backing from the Wall Street bankers and ‘Big Pharma’.

The President’s Napoleonic pretensions have been systematically undermined by continuous disparagement from the mass media and the absence of plebian support after the election.

The President lacks a mass media base of support and has to resort to the Internet and personal messages to the public, which are immediately savaged by the mass media.

The principal allies supporting the President should be found among the Republican Party, which forms the majority in both the Congress and Senate. These legislators do not act as a uniform bloc – with ultra-militarists joining the Democrats in seeking his ouster. From a strategic perspective, all the signs point to the weakening of Presidential authority, even as his bulldog tenacity allows him to retain formal control over foreign policy. But his foreign policy pronouncements are filtered through a uniformly hostile media, which has succeeded in defining allies and adversaries, as well as the failures of some of his ongoing decisions.

The big test of power will be focused on the raising of the public debt ceiling and the continued funding of the entire federal government. Without agreement there will be a massive governmental shutdown – a kind of ‘general strike’ paralyzing essential domestic and foreign programs – including the funding of Medicare, the payment of Social Security pensions and the salaries of millions of government and Armed Forces employees.

The pro-‘regime-change’ forces (coup makers) have decided to go for broke in order to secure the programatic capitulation of the Trump regime or its ouster.

The Presidential power elite may choose the option of ruling by decree – based on the ensuing economic crisis. They may capitalize on a hue and cry from a Wall Street collapse and claim an imminent threat to national security on our national borders and overseas bases to declare a military emergency. Without support from the intelligence services, their success is doubtful.

Both sides will blame each other for the mounting breakdown. Temporary Treasury expedients will not save the situation. The mass media will go into a hysterical mode, from political criticism to demanding open regime change. The Presidential regime may assume dictatorial powers in order ‘to save the country’.

Congressional moderates will demand a temporary solution: A week-to-week trickle of federal spending.

However, the coup-makers and the ‘Bonapartists’ will block any ‘rotten compromise’.

The military will be mobilized along with the entire security and judicial apparatus to dictate the outcome.

Civil society organization will appeal to the emerging power configurations to defend their special interests. Discharged public and private employees will march as pensioners and schoolteachers go without funding. Lobbyists, ranging from oil and gas interests to defenders of Israel, will each demand their priority treatment.

The power configuration will flex their muscles, while the foundations of Congressional, Judicial and Presidential institutions will shake and shutter.

On the positive side, internal chaos and institutional divisions will relieve the mounting threat of more overseas wars for the moment. The world will breathe a sigh of relief. Not so the world of stock markets: The dollar and the speculators will plunge.

The dispute and indecisions over who rules the empire will allow for regional powers to lay claims on contested regions. The EU, Japan, Saudi Arabia and Israel will face off with Russia, Iran and China. No one will wait for the US to decide which power center will rule. 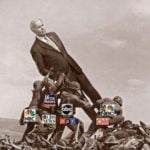 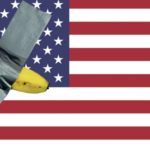 Nixon-Trump vs. the Strategy of Tension

Can We Call It a Coup Now?

Will the Deep State Break Trump?

Backstage at the Trump vs. Deep State Cage Match