It’s unclear at this confusing moment whether the reports about serious “deep state” divisions in Sudan are real or not, but even in the event that they’re just an infowar component of the ever-escalating Hybrid War being waged on the country, they nevertheless spell bad news for President Bashir.

The Northeast African state of Sudan has been mired in Hybrid War unrest over the past couple of months since economic protests quickly became political and saw thousands of demonstrators demand the end of President Bashir’s decades-long rule. The embattled leader sent signals last month that he’s considering a “deep state”-led “phased leadership transition” after imposing a state of emergency and then stepping down as head of the ruling party, though he importantly stopped short of resigning from the presidency, initially suggesting that it might still take time for the “African Spring” of non-electoral regime changes to succeed in his country.

It now appears as though events are accelerating, however, after reports at the beginning of this week that the army intervened to stop the riot police from breaking up a rowdy protest, something that the Sudanese Defense Minister immediately denied when he went on air to state that the security services won’t permit attempts to divide them. Whether these reports are real or just an infowar component of the ever-escalating Hybrid War being waged on the country, they nevertheless spell bad news for President Bashir because they show that a serious effort is underway to split his “deep state” at this pivotal moment of what seems to be his country’s “phased leadership transition”.

It should also be added that Sudan has started to experience Venezuelan-like total energy blackouts which could either be the result of dilapidated infrastructure or foul play. Whatever the real reason may be, it can be expected that certain forces have an interest in pinning the blame on the government, implying that decades’ worth of oil revenue from now-independent South Sudan had been pilfered instead of being spent on modernizing the electricity grid, a narrative that’s also being spun in Venezuela as well in order to delegitimize Maduro and his allied “deep state”.

In fact, while Venezuela appears to have set a precedent for Sudan thus far in many ways, it might be what happens in Sudan next that influences the course of the events in Venezuela. It’s no secret that the US and its Latin American allies are trying to drive a wedge between Maduro and the military wing of the “deep state”, ergo one of the reasons behind the sanctions regime imposed against them both in order to deprive the state of the revenue needed to continue subsidizing its monopoly on force. If the US succeeds in creating a serious split in the Venezuelan “deep state” like it’s seemingly done in Sudan, then the South American nation might rapidly experience its long-planned regime change. 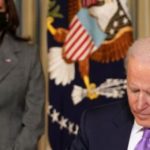 In First Week As President, Joe Biden Tosses Women, Unions and the American People Under the Globalist Bus 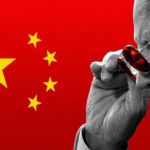 Is Biden Submitting To The Pentagon's Anti-Chinese Containment Strategy?