Greece’s Reinvigorated Alliance with the US Is All About GRISCY

The recent military-driven reinvigoratation of the US-Greek Strategic Partnership is motivated by their shared interests in ensuring the security of a prospective Greek-“Israeli”-Cypriot (GRISCY) pipeline from Turkish claims to the last-mentioned island’s exclusive economic zone through which this project must traverse en route to Europe.

Greece recently reinvogorated its alliance with the US following Pompeo’s visit to the country earlier this month that concluded with the clinching of a new “defense-cooperation pact” that will provide more American military access to the strategically positioned country’s relevant facilities. Director of the Multipolarity Research Centre Paul Antonopolous was prescient in warning last month that the US is seeking to exploit Greece’s maritime issues with Turkey in order to co-ot it into a new regional security framework that could ultimately be disadvantageous for Russian interests, which he elaborated upon in his two pieces titled “Will the US use Greece to block Russia in the Black Sea?” and “Is Greece Becoming A Weaponized Anti-Russian Small Power?” It should be pointed out that many Greeks are vehemently against their country becoming the US’ vanguard proxy in the Eastern Mediterranean just like the role that Poland fulfills for their shared patron in Central & Eastern Europe, as evidenced by the large-scale protests that broke out during the Secretary of State’s visit, but the fact of the matter is that Greece is indeed a small power and one that’s caught in a security dilemma with the neighboring Great Power of Turkey, so there’s a certain Neo-Realist logic to why this is happening.

As is its diplomatic specialty, the US masterfully exploited the preexisting tensions between Greece and Turkey that intensified as of late following Ankara’s controversial activities in drilling for oil in the exclusive economic zone (EEZ) of mostly-Greek Cyprus. That island has been divided for decades and was a rare flashpoint of intra-NATO drama during the Old Cold War that brought Greece and Turkey to the brink of a hot war. It’s not within the scope of this analysis to explain the events that transpired during that time, but just to point out that the security dilemma between those two NATO members has partially involved the third party of Cyprus for a while now. This is relevant in the present because Turkey’s drilling of oil in Cyprus’ EEZ isn’t just being done at the behest of its Turkish Cypriot allies like Ankara alleges, but is a major power play intended to disrupt, control, and/or influence the prospective Greek-“Israeli“-Cypriot (GRISCY) pipeline to Europe that aims to reduce the continent’s dependence on Russian resources. That project naturally aligns with American strategic objectives, hence Pompeo’s harsh language towards Turkey that “No country can hold Europe hostage“.

To put everything into its proper geostrategic context, Turkey used to be one of the US’ most stalwart NATO allies up until the failed American-backed coup attempt against Erdogan in summer 2016, after which the country committed itself to becoming distinctly Eurasian in its foreign policy outlook exactly as the author foresaw would happen. Turkey was perturbed by the US’ patronage of the Syrian YPG Kurdish militia that it regards as terrorists who pose an existential threat to its security, hence why it revived the Turkish Stream pipeline plans with Russia that were frozen following their November 2015 incident that was ultimately attributed to the Fethullah Gulen Terrorist Organization (FETO). Having lost the reliability of its most important Mideast partner for reasons that are entirely due to its own geopolitical greed in thinking that it could leverage the Syrian Kurds against Damascus while still retaining excellent relations with Ankara and then audaciously attempting to carry out a regime change in Turkey after Erdogan protested, the US decided to compensate for this unprecedented defeat by reorienting itself closer to Greece after taking advantage of its preexisting tensions with Turkey that were predictably bound to be exacerbated in the coming future.

The US played the situation perfectly given the circumstances in which it found itself since the Neo-Realist school of International Relations teaches that smaller countries such as Greece usually seek to balance against threats (whether real, imagined, or exaggerated) from larger countries like Turkey by partnering with other more militarily capable states such as the US that also happens to be its institutional ally through NATO. It was a no-brainer that this would happen since any wishful thinking about Greece turning a blind eye to the threat that Turkey poses to it out of consideration for their shared strategic partnerships with Russia is completely unrealistic and ignores the fact that GRISCY is against both Moscow and Ankara’s Turkish Stream interests. In fact, while Turkey is acting on its own initiative, it can’t be ruled out that it’s being tacitly encouraged with a wink and a nod from Russia, which would explain why Moscow only vaguely called on the parties to refrain from worsening the situation instead of accusing Ankara of allegedly illegal activities like many others are doing. This veritably conforms with Russia’s envisaged 21st-century grand strategy of becoming the supreme “balancing” force in Afro-Eurasia but also hints that it’s against GRISCY too.

The main trend tying these disparate parts together is that the ongoing global systemic transition from unipolarity to multipolarity is resulting in some regional strategic reorientations such as Turkey moving closer to Russia while Greece reactively does the same with the US in spite of Turkey and the US being notional NATO allies and Greece and Russia sharing civilizational commonalities. Geopolitics and energy are driving these transformative processes in the Eastern Mediterranean and proving that the cliched models of “NATO unity” and a “Clash of Civilizations” are outdated for explaining what’s presently happening in this particular case. Nevertheless, the emerging bipolarity between these two sides isn’t anywhere near as strict as it was in the Old Cold War since practically all of the New Cold War‘s players (both big and small) are “multi-aligning” together and against one another across various dimensions. This dynamic resultantly provides some opportunities for “cross-camp” cooperation but also “intra-camp” competition as seen by the Russian-“Israeli” alliance in Syria despite their unstated disagreements over GRISCY and differing approaches towards Crimea by Moscow and Ankara despite their close ties, meaning that International Relations are about to get much more complex. 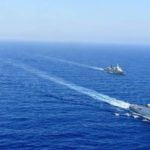 Power Rivalry in the East Mediterranean Continues Despite COVID-19 Pandemic 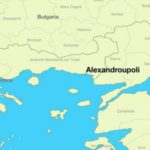 U.S. Control of Alexandroupolis Port Will Not Help to Protect Greece from Turkey 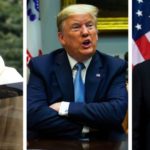 “The Greece Israel Cyprus Axis” (GRISCY): The US Key to Containing Multipolarity in the Eastern Mediterranean?

Europe on the Brink of Collapse?
Opinion
GreeceUS