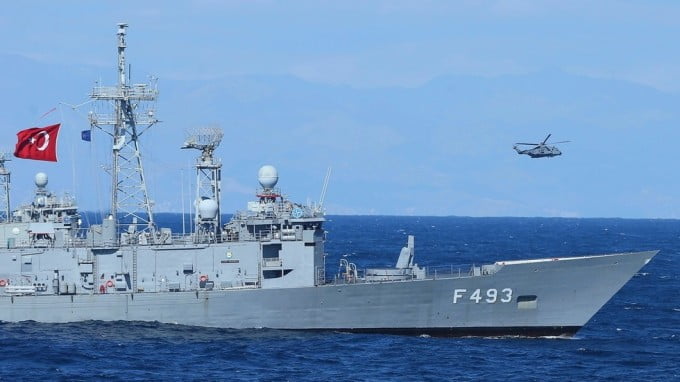 When two countries who are supposed to be military allies fall out and almost get themselves into a shooting match, you know there’s going to be trouble ahead. The problem for NATO is, this time, it may prove terminal.

For a story that involves high seas skullduggery, clandestine gun-running, a punch up between people who are supposed to be friends, and an incident that could be fatal for the world’s biggest military alliance, this one started mundanely enough.

Back on June 7, 2020, a Tanzanian-flagged cargo ship, the Cirkin, quietly departed a Turkish port and set sail toward the Libyan port of Misurata.

No one is absolutely certain what its 5,800 tons of cargo was, but it’s safe to say it probably wasn’t carpets.

No, that wouldn’t require the three Turkish warships who escorted the Cirkin on its four-day, 1,000 nautical mile journey. It was almost certainly carrying military equipment for the Libyan army under the command of the Government of National Accord (GNA), in contravention of the UN-imposed arms embargo.

Things started to go wrong three days later, when a Greek helicopter, operating from a Greek frigate, the Spetsai, approached the ship and requested permission to land a boarding party for the purpose of inspecting it. The Spetsai and its helicopter were operating as part of Operation Irini, an effort in the Mediterranean undertaken by the European Council to enforce a UN arms embargo on Libya. Cirkin’s Turkish escorts rejected the request.

The Spetsai withdrew and monitored the Cirkin from a distance. Shortly afterwards, the cargo ship turned off its transponder.

A French frigate, the Courbet, operating as part of Operation Sea Guardian, a NATO maritime security operation, was then informed by NATO that the Cirkin was possibly carrying arms in violation of the UN embargo.

After the Cirkin failed to identify itself to the Courbet, and refused to divulge its final destination, the Courbet sought to board the vessel. At this point, one of the Turkish frigates illuminated the Courbet three separate times with its fire control radar, an indication it was intending to engage its weapons systems.

The Courbet withdrew, and the next day the Cirkin arrived in Misrata, where it discharged its cargo.

France has condemned the Turkish actions and filed an official complaint with NATO; a subsequent investigation by NATO was deemed to be “inconclusive,” although the details remain classified. For its part, Turkey has demanded an apology from France. In response, France has withdrawn its forces from Operation Sea Guardian, and demanded that NATO take seriously the task of enforcing the UN arms embargo on Libya, an act that would put it at conflict with Turkey, a NATO member.

This is where the incident becomes murky – it appears that Operation Sea Guardian lacked any NATO mandate to operate in support of Operation Irini, and that the decision to interdict the Cirkin was taken unilaterally by France, void of any NATO authority.

In the days following the June 10 incident, the European Union appealed to NATO to authorize ships assigned to Operation Sea Guardian to operate in direct support of Operation Irini’s Libyan embargo enforcement mission. However, such authorization would require the unanimous consent of all of NATO’s members, making any such authorization impossible given Turkey’s inevitable veto.

The circumstances that led to the confrontation between two ostensible NATO allies in the waters off Libya point to a level of dysfunction in the NATO alliance that underscores the reality that the 71-year old has outlived its utility. And that its current search for relevance outside of the post-Second World War transatlantic framework of rules-based liberal order it was created to defend, has placed the alliance on a self-destructive path where it is increasingly in conflict with itself.

More often than not, the culprit at the center of these disputes is Turkey, which raises the question as to the continued viability of Turkey as a NATO member, as well as the viability of the alliance itself.

Ever since Turkey joined NATO, in February 1952, it has been the odd man out. Its military importance to the alliance was immense – by bringing Turkey onboard, NATO not only secured its southern flank with the Soviet Union, but also insured that Turkey could never align itself with Moscow down the road.

In exchange, however, NATO had to overlook many issues that, in any other environment, proved detrimental to Turkey’s being a NATO member. The military-on-military aspect of the Turkish-NATO relationship was, at its founding, rock solid – indeed, in 1950, Ankara had dispatched a brigade of Turkish troops to fight alongside the US and the UN in defense of South Korea.

In 1998, the Turkish military undertook what has been called a “postmodern” coup, demanding the resignation of the government of Necmettin Erbakan without resorting to the actual suspension of the constitution.

The civil-military discord inherent in this string of coups is representative of the fundamental internal conflict between secular and Islamist forces inside Turkey that has been ongoing since the founding of the modern Republic.

The US and other NATO allies turned a blind eye to the Turkish military’s proclivity for overthrowing duly-elected civilian governments because the system these interventions preserved – secular, pro-West governments – were seen as a better alternative to populist Islamist movements that did not share core NATO values.

The election of Recep Tayyip Erdogan, a follower of the ousted Erbakan, as Turkey’s prime minister in 2003 set Turkey on a collision course with NATO and the West. Erdogan is an unapologetic Islamist whose pan-Ottoman vision of Turkey’s role in the world clashes with the traditional transatlantic script followed by NATO.

In July 2016, when the Turkish military undertook a failed effort to oust Erdogan, many of the perpetrators were officers with pro-NATO tendencies who objected to Erdogan’s Islamist agenda. Since the failed coup, Erdogan has reshaped the Turkish military so that its leadership is aligned ideologically with his vision of Turkey’s place in the world – a vision which often operates in opposition to NATO objectives.

Perhaps the most visible manifestation of this Turkish-NATO incompatibility is Turkey’s purchase of Russian S-400 surface-to-air missiles. The US has threatened Turkey with sanctions over this and has terminated Ankara’s participation in the production of the F-35 fighter.

Other areas of friction include Turkey’s invasion and occupation of northern Syria, and its subsequent conflict with US-backed Kurdish forces operating there; Turkey’s ongoing military operation in northern Iraq, done without the permission of the Iraqi government; and Turkey’s support of the Government of National Accord (GNA) in Libya.

It is this support to the GNA, which comes in the form of arms shipments and manpower support, which precipitated the naval incident with France and has Turkey on a collision course with NATO today.

The NATO alliance has been struggling with relevance since the dissolution of the Soviet Union in 1991. The many fractures that exist within the alliance – the new “East bloc” versus “old Europe,” rule of law proponents versus autocratic governments, transatlantic originalists versus global expansion – have been papered over by the consensus-based organization in an effort to project unity. But the inherent incompatibility of Erdogan’s pan-Ottomanism (the driving force behind Turkey’s Libyan intervention) with the rules-based “liberal order” that NATO purports to espouse, is not so easily swept under the proverbial carpet.

The incident between France and Turkey exposes the fundamental weakness of NATO, an organization desperately in search of relevance. The reality is that Turkey is the weakest link in this alliance, and its continued presence represents a poisonous pill that will ultimately prove to be the death of it. The only question is, how soon?

Iraq’s Prime Minister formally declared victory over Isis in the northern city of Mosul, saying their defeat marks the “collapse” of the self-proclaimed caliphate. “I announce from here the end and the failure and the collapse of the terrorist state of falsehood and terrorism which the terrorist Daesh announced from Mosul,” Haider al-abadi said in a speech… 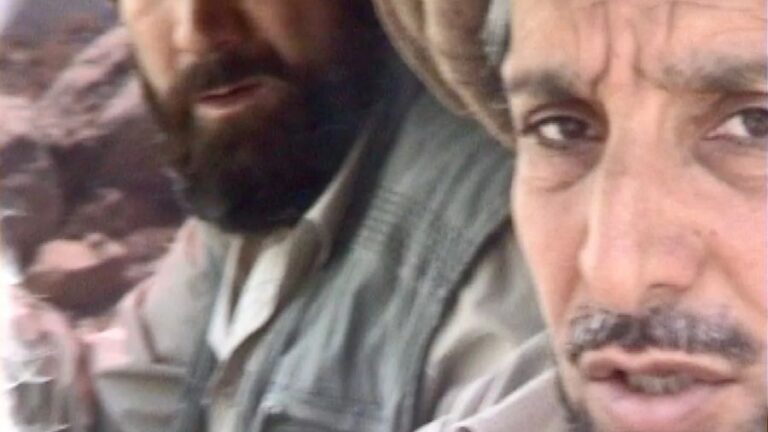 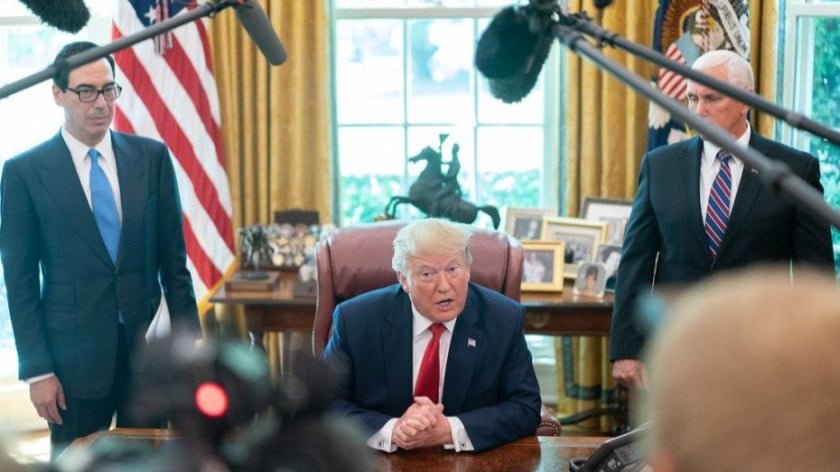