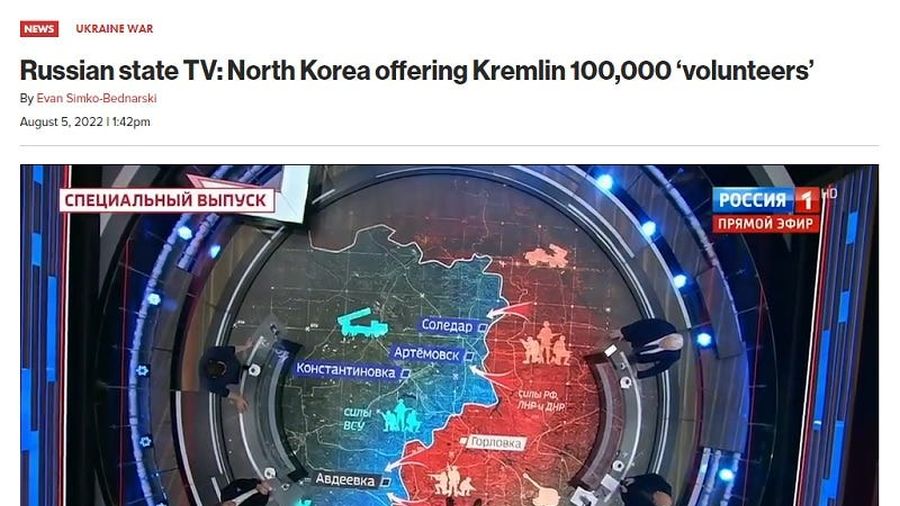 This incident is instructive for those objective observers who study cognitive warfare in the Ukrainian Conflict because it shows just how easily Russia and North Korea were able to manipulate the Mainstream Media into amplifying their artificially manufactured narrative that their targets wrongly thought superficially works against Moscow’s interests but in reality actually contradicts the substance of its and Pyongyang’s Western rivals’.

No objective observer should ever have paid any credence to the obvious psy-op that was just waged by Russia alleging that North Korea was prepared to send 100,000 troops to join its special military operation in Ukraine, yet the US-led Western Mainstream Media (MSM) just fell for it hook, line, and sinker and is now scared stiff. A popular Russian military expert referenced uncited reports about Pyongyang’s supposed plans in that crumbling former Soviet Republic during an analytical segment on a top news channel, which cleverly played into the MSM’s own false narrative that Moscow was struggling there and running out of troops.

That in turn resulted in his brief comments going viral across the West and raising concern that North Korea’s feared intervention might be a game-changer in the Ukrainian Conflict considering the mass of forces that it’s reportedly planning to deploy there in Russia’s support. Westerners are now wondering how everything went wrong after they were told for months by their government-influenced MSM that Moscow was doomed to lose, yet now all of a sudden they’re worried about Pyongyang jumping in and changing the entire dynamic. This narrative reversal understandably confused many of them and might prompt some folks to question everything else they’ve been told about the conflict tup until this point.

What’s amusing from an outside perspective is that the entire thing is nothing but a prank, albeit one which spectacularly succeeded with practically no effort from the Russian or North Korean sides despite both of them gaining tremendously from this in the soft power sense. To explain, Moscow is keenly aware of how the MSM has misportrayed the conflict and cleverly sought to manipulate this false perception in order to advance its own interests. To that end, a popular military expert went on a top news channel referencing uncited reports about North Korean troops coming to Ukraine, knowing very well that Western observers will pick up his comments and amplify them among their audience.

By throwing a bone to their false complementary narrative that his country is supposedly struggling to respond to the over-hyped HIMARS deployment to the conflict zone by praising North Korea for the “wealth of experience with counter-battery warfare” that it could bring to Russia’s special operation, he ensured that his psy-op prank would succeed without a doubt. The MSM played the role of Moscow’s useful idiots by reporting on his ridiculous comments since they naively thought that they worked against the Kremlin’s narrative, yet they actually contradict the primary one that they themselves have been pushing this entire time related to Russia’s supposedly “inevitable defeat”.

North Korea, for its part, has no interest in officially contradicting these reports since it stands to gain from Westerners fearing its military potential whether in East Asia or Eastern Europe. In fact, the artificially manufactured narrative that Pyongyang is plotting to deploy a whopping 100,000 troops to Ukraine in spite of renewed tensions with the US on the Korean Peninsula suggests that the so-called “Hermit Kingdom” is far from “isolated” like the MSM claims and actually has such military superiority over Seoul and its Pentagon overlords that it could afford to dispatch 100,000 troops to Ukraine. This also counteracts the MSM’s narrative, meaning that they just scored two own goals without realizing it.

This incident is instructive for those objective observers who study cognitive warfare in the Ukrainian Conflict because it shows just how easily Russia and North Korea were able to manipulate the MSM into amplifying their artificially manufactured narrative that their targets wrongly thought superficially works against Moscow’s interests but in reality actually contradicts the substance of its and Pyongyang’s Western rivals’. All that Moscow had to do was have a popular military commentator reference uncited reports about something scandalous and then throw a narrative bone in the MSM’s direction in order to ensure that their psy-op prank went viral.

The takeaway is that ideologically driven opponents like the US-led West and their perception management proxies in the MSM can be manipulated with little effort since everything about them has become so predictable. No serious observer would have thought for a second that North Korea was really about to deploy 100,000 troops to Ukraine, yet the MSM just laundered that obvious psy-op by inadvertently extending it credence through their latest panicked report about this. While Westerners shiver in fear about this scenario and start questioning everything they’ve hitherto been told about Russia’s “inevitable defeat”, officials in Moscow and Pyongyang are chuckling at their amusing reaction. 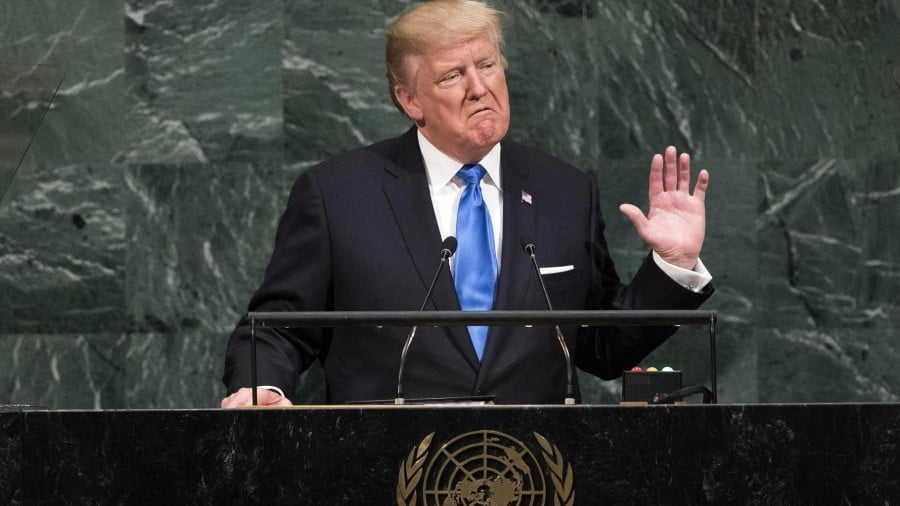 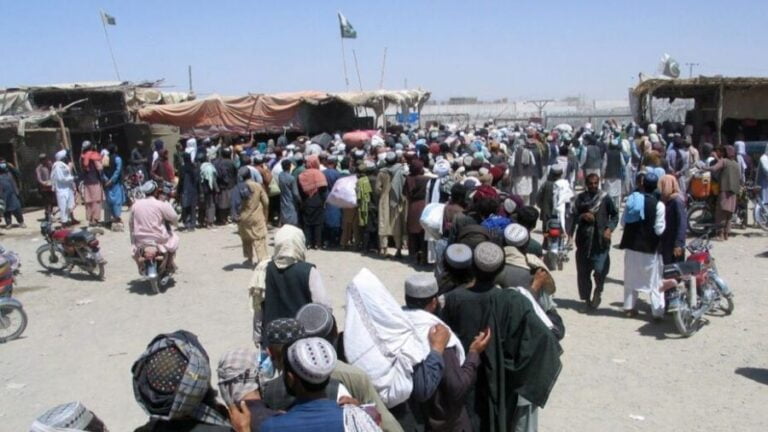 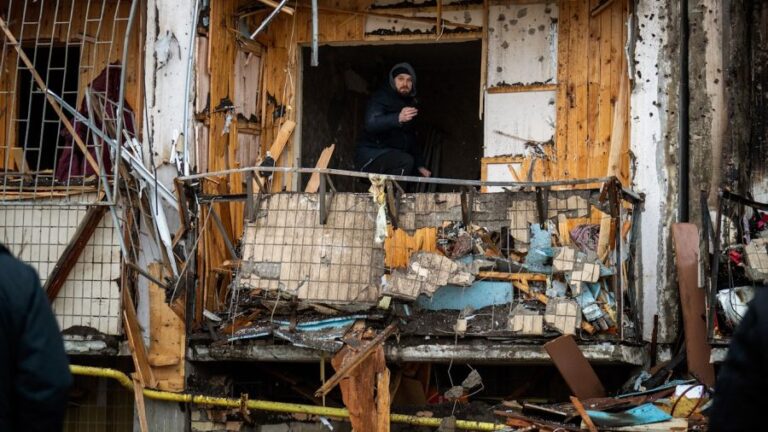 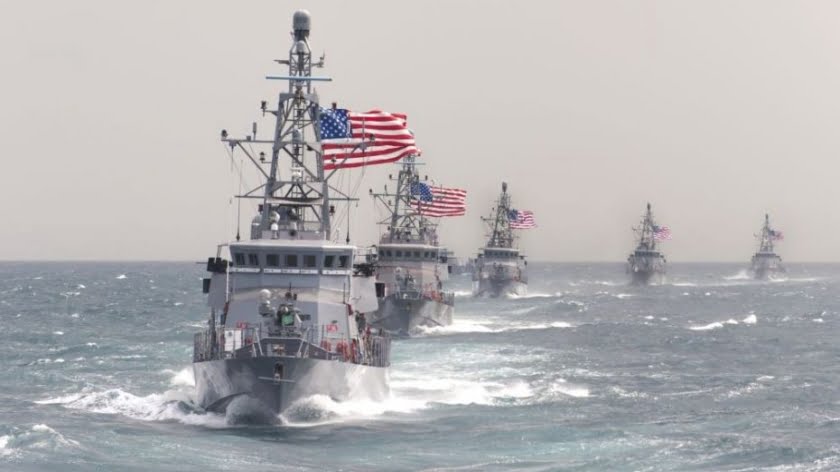 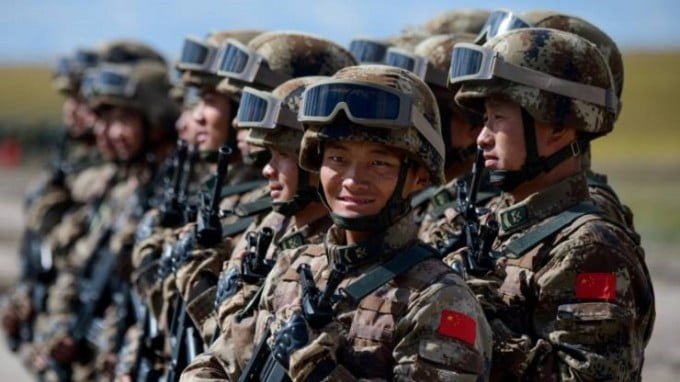 The publication called Business Insider is carrying a story promoting a US first-strike attack on North Korea. The article includes a quote from the Wall Street Journal that reads, “An internal White House review of strategy on North Korea includes the possibility of military force or regime change to blunt the country’s nuclear-weapons threat, people familiar with the process…