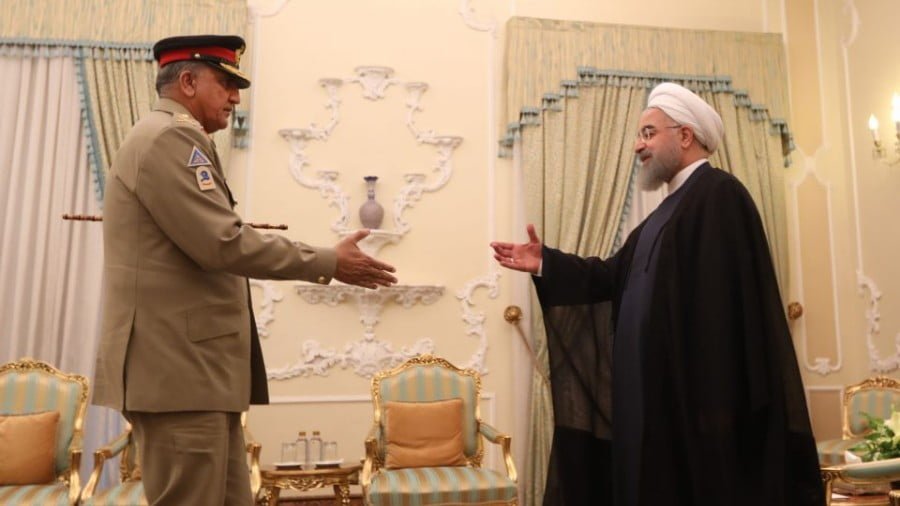 A new strategic fault line appeared in the Afghan conflict last week when Islamabad hosted an unusual meeting of the heads of the intelligence agencies of Russia, China and Iran on July 11.

Moscow thoughtfully publicized the event both for its optics as well as to pre-empt misperceptions that some sort of zero-sum game might be afoot.

The focus was on joint measures to stop the terrorist group Islamic State Khorasan Province (IS-K) from threatening the territorial boundaries of the four regional states. In the Russian estimation, there could be up to 10,000 fighters in IS-K’s ranks already and the group is already active in nine of the 34 provinces in Afghanistan.

The four participating countries “reached understanding of the importance of coordinated steps to prevent the trickling of IS terrorists from Syria and Iraq to Afghanistan, where from they would pose risks for neighboring countries.” But they also “stressed the need for a more active inclusion of regional powers in the efforts” to end the war in Afghanistan.

Clearly, the leitmotif is in the latter claim by the regional states seeking a greater say in Afghan peace-making. Three related developments over the weekend also signal the new churning. One, the Chief of Staff of the Iranian Armed Forces, General Mohammad Baqeri, started a three-day visit to Islamabad on July 15 at the invitation of Pakistani army chief General Qamar Bajwa.

This is the first time since the Islamic Revolution of 1979 that a chief of staff of Iran’s armed forces visited Pakistan. No doubt, the visit signals Tehran’s appreciation that Pakistan is no longer in the US orbit. General Bajwa visited Tehran in November.

According to the Pakistani readout, General Bajwa noted that Pakistan’s military cooperation with Iran would have a “positive impact on peace and security in the region.” Later, General Baqeri told the Iranian media that the US and its allies seek to weaken security in the region and Iran and Pakistan are “duty-bound to take actions” to safeguard regional peace and security.

There is a history of cross-border terrorism from across the porous Pakistani border in which Tehran suspected the hidden hand of hostile powers. Therefore, today, the Iranian calculus prioritizes the “return” of Saudi Arabia and the United Arab Emirates to the Afghan chessboard recently, after a prolonged absence, given the geopolitical rivalries playing out in a diverse theatre across the Greater Middle East.

Curiously, although the newfound Saudi-Emirati pro-activism in Afghanistan is coinciding with the steady expansion of IS-K, the two Gulf states today are preoccupied with weakening the Taliban, whom they had mentored in an earlier era in the 1990s. The Kabul government approved on June 6 the deployment of UAE Special Forces to Afghanistan.

On July 11-12, Saudi Arabia hosted an Ulema conference in Jeddah and Mecca, which issued a ‘fatwa’ against the ‘jihad’ waged by the Afghan Taliban. Washington encouraged these parallel Saudi-Emirati moves, which implies a concerted attempt to weaken the Taliban whom the US military failed to defeat, with a view to force it to compromise.

However, on the contrary, a paradigm shift is under way in the regional perceptions regarding the Taliban. The special envoy of the Russian president on Afghanistan, Zamir Kabulov, disclosed on the weekend that Moscow proposes to invite the Taliban to the second round of the Russian regional initiative on Afghanistan, which is expected to be held sometime late in the summer.

Kabulov characterized the Taliban as a force that has “integrated” with the Afghan nation, and therefore, having a legitimacy, which in some respects even exceeds the Kabul government’s, and controlling more than half the territory of Afghanistan. Kabulov implicitly doubted the representative character of the present Afghan government.

The heart of the matter is that while these regional states regard the Taliban as an Afghan movement indigenously rooted in traditional Islam and with a political agenda confined to their homeland, they abhor the IS-K as a brutal terrorist group weaned on Salafi-Wahhabist teaching which casts a seductive appeal to misguided Muslim youth worldwide.

However, in the final analysis, the above interplay needs to be juxtaposed with recent reports that President Trump may order a policy review of his one-year old Afghan strategy. In fact, the sudden visit of the US Secretary of State Mike Pompeo to Kabul on July 9 only reinforced that impression in the region. Unsurprisingly, Pompeo maintained while in Kabul that the Trump administration’s “strategy is working.”

But then, instead of heaping praise on the US military, he instead stressed the urgency of a peace process with the Taliban. Pompeo offered that the US will “support, facilitate and participate in these peace discussions.” He then added meaningfully: “We expect that these peace talks will include a discussion of the role of international actors and forces.” 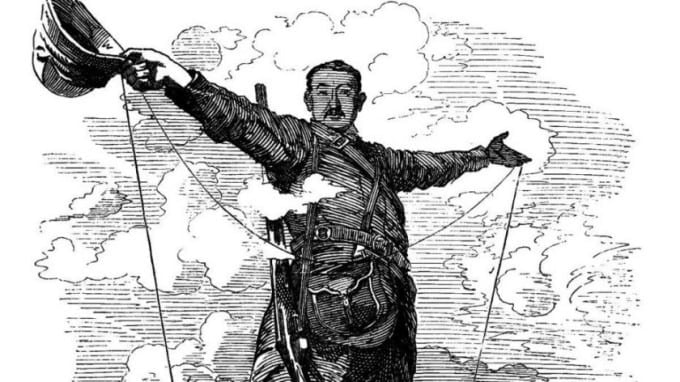 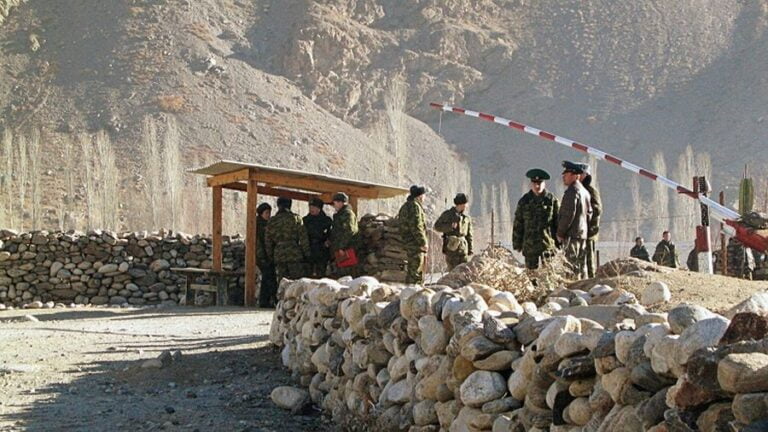 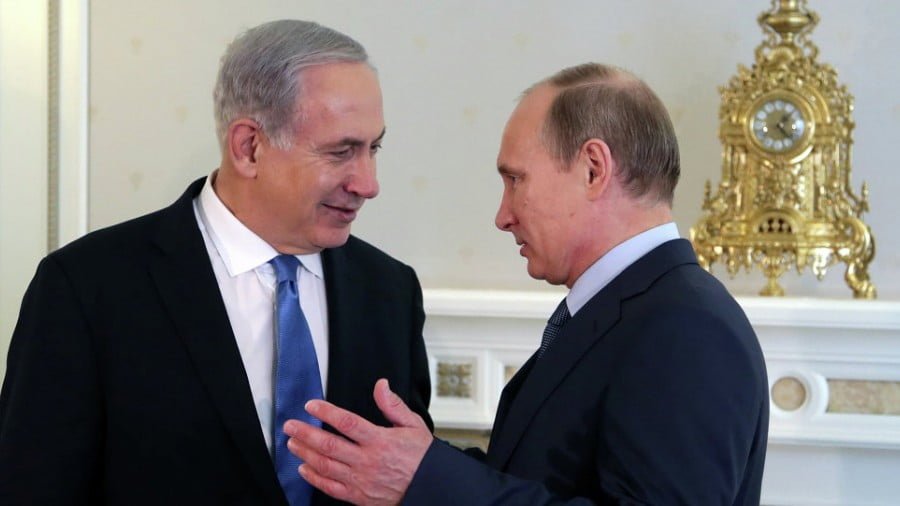 Russia’s public response to massive Israeli strikes on Syria last Saturday including on T4 airbase where Russian troops are perhaps still stationed was rather subdued. The Ministry of Defence said nothing at all and the Ministry of Foreign Affairs only offered the terse statement that “creation of threats for Russian military personnel in Syria is… 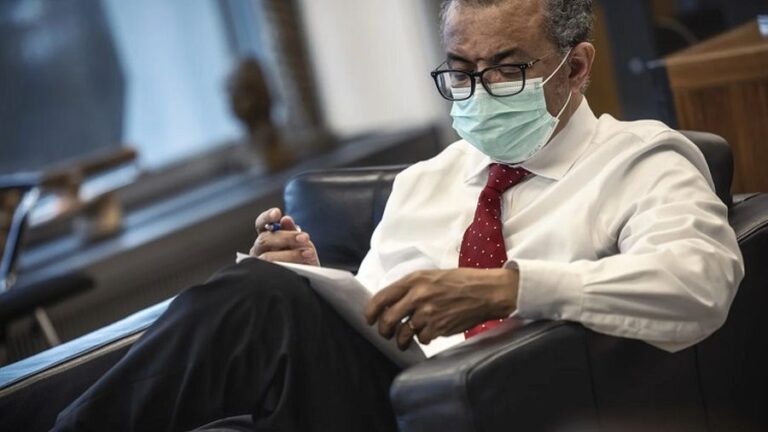 Acting on an initiative from the Biden Administration, by November 2022, conveniently at the onset of the next flu season in the northern hemisphere, the World Health Organization, barring a miracle, will impose an unprecedented top-down control over the national health regulations and measures of the entire planet. In what amounts to a stealth coup…