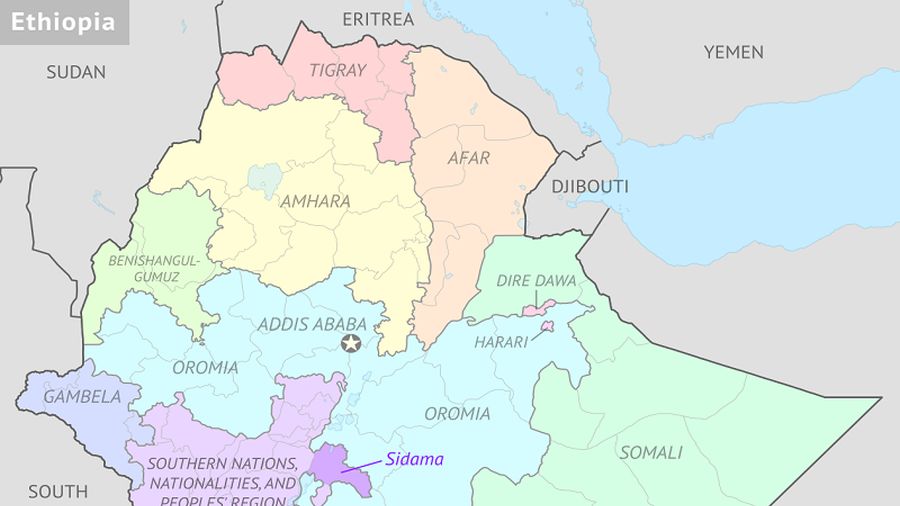 The TPLF’s “Double-A” strategy of invading both the Afar and Amhara Regions dramatically escalates Ethiopia’s undeclared civil war by throwing the capital into a dilemma whereby Addis Ababa will either have to deploy its “entire defensive capability” and “all capable Ethiopians” against the insurgents like it threatened to do or submit to their political demands if it’s not powerful enough to totally destroy them.

The undeclared Ethiopian Civil War is intensifying by the day after the TPLF implemented its “Double-A” strategy of invading both the Afar and Amhara Regions in response to what it claims is Addis Ababa’s failure to respect its own unilateral ceasefire earlier this summer by refusing to open up humanitarian corridors like it promised. What’s so surprising about this development is that inter-ethnic hostility between Tigrayans and Amharas is at an all-time high over territorial claims between their two regions, yet the TPLF has still successfully managed to sweep into part of the neighboring region and even capture its UN World Heritage Site of Lalibela which holds tremendous importance to the Amharas and most Ethiopians as well. This suggests that the region’s militia and their Ethiopian National Defense Forces (ENDF) allies weren’t strong enough to repel the insurgents’ attacks.

That observation bodes very negatively for Prime Minister Abiy Ahmed who promised to defeat the armed forces of the formerly most influential faction of the country’s prior ruling party who his government has since designated as terrorists. The central authorities are now thrown into a dilemma whereby they’ll either have to deploy their “entire defensive capability” and “all capable Ethiopians” to stop them like they threatened to do or submit to their political demands, the most immediate of which is to lift the alleged blockade against their region which Addis Ababa denies even exists. For its part, the TPLF’s spokesman threatened that “If it takes marching to Addis to silence the guns, we will”, hinting that his forces might take their “Double-A” strategy as far as Addis Ababa and thus give their strategy’s unofficial name a dual meaning.

The dynamics are very fluid and difficult to discern considering the lack of reliable information coming from the country right now, but a few educated inferences can still be made about the present state of affairs. Firstly, Addis Ababa is coming under intense international pressure led by the US and its Arab League allies. The first-mentioned is motivated by its strategic desire to irreparably weaken the Chinese-friendly Horn of Africa leader through Hybrid War means while the latter supports their fellow Egyptian member’s position towards the contentious Grand Ethiopian Renaissance Dam (GERD) and its speculative backing of the TPLF as a proxy force against its Ethiopian rival. The military, political, and sanctions pressure that it’s come under has considerably complicated the government’s response to this pressing crisis of national unity.

Secondly, the TPLF seems to have the military edge over the ENDF for now, at least judging by its surprise capture of Mekelle over the summer and the latest invasions of its two neighboring regions. This can be attributable to its speculative foreign backing, more battle-hardened forces, better familiarity with the terrain, and the support that they have among the locals (mostly relevant with respect to their home region). By contrast, the ENDF have no significant foreign backing, comparatively less military experience, aren’t as familiar with fighting in this part of the country’s terrain, and don’t have any serious support among the Tigrayan locals. Their resultant territorial losses over the summer – and especially those recent ones in the Afar and Amhara Regions – might have also dealt a heavy blow to their rank-and-file’s morale.

Taking The War To The Ideological Level

The third educated inference is that the battlespace is rapidly expanding from the military to the ideological level. PM Abiy’s vision of strengthening centralization processes over the country following his brief experiment with decentralization that he regards as a counterproductive failure which inadvertently threatened national unity stands in stark contrast to the TPLF’s promises of reforming Ethiopia’s former model of decentralization. Each national idea has their share of supporters and detractors who express their feelings to different extents. Those outside of Tigray who support the TPLF’s decentralization vision could pose a so-called “fifth column” challenge to the ENDF since they might sabotage them behind the front lines. The state’s fear of this scenario might lead to it overreacting through a more forceful crackdown and inadvertently provoking such attacks.

The “Scramble For Ethiopia” Scenario

Fourthly, the longer that the war rages on, the worse that Ethiopia’s humanitarian crisis will become. Not only might this undermine the developmental vision of Africa’s second most populous country, but it could also destabilize the entire Horn of Africa region too. Everything could quickly spiral out of control, especially if foreign actors like the US and/or the Arab League more directly meddle in its affairs, whether through so-called humanitarian and/or security pretexts similar to those that have been exploited over the past decade by those same parties and others in Syria. This could easily lead to Ethiopia’s de facto “Balkanization” which would forever change the regional geostrategic situation. A new so-called “Scramble for Africa” might commence whereby foreign parties carve out their own “spheres of influence” in the “Ethiopian Chessboard”.

And finally, regardless of whether the ENDF or TPLF comes out on top, Ethiopia will likely never be the same again after the end of this undeclared civil war. Everyone is now discussing its administrative future, both in terms of whether it’ll continue to centralize or return to a reformed version of decentralization and the exact nature of its contested internal borders. It’s clear that the pre-Abiy status quo will probably never return, meaning that some degree of change is inevitable, though the question is over what form it’ll take and how far it’ll go. The concern is that these expected changes might lead to increasingly unpredictable consequences, especially considering that the country’s preexisting identity divisions (ethnic/ideological/regional) have only been exacerbated by the ongoing conflict and are unlikely to be resolved through purely peaceful means.

The TPLF’s “Double-A” strategy can therefore be described as a game-changer since it’s now impossible to return to the fragile peace that was comparatively more likely of a scenario immediately after the ENDF’s unilateral ceasefire earlier this summer. No pragmatic compromise is possible between the two warring sides given the polar opposite nature of their ideological divisions and the interplay between them, the conflict’s fluid military dynamics, and the exacerbation of Ethiopia’s preexisting identity divisions, not to mention the foreign pressure upon PM Abiy and speculative foreign support for the TPLF. Any possible deal between the two would be to the TPLF”s advantage by default since it would at the very least result in Tigray’s de facto independence, and since that contradicts PM Abiy’s vision, he’s compelled to fight to the end or lose credibility. 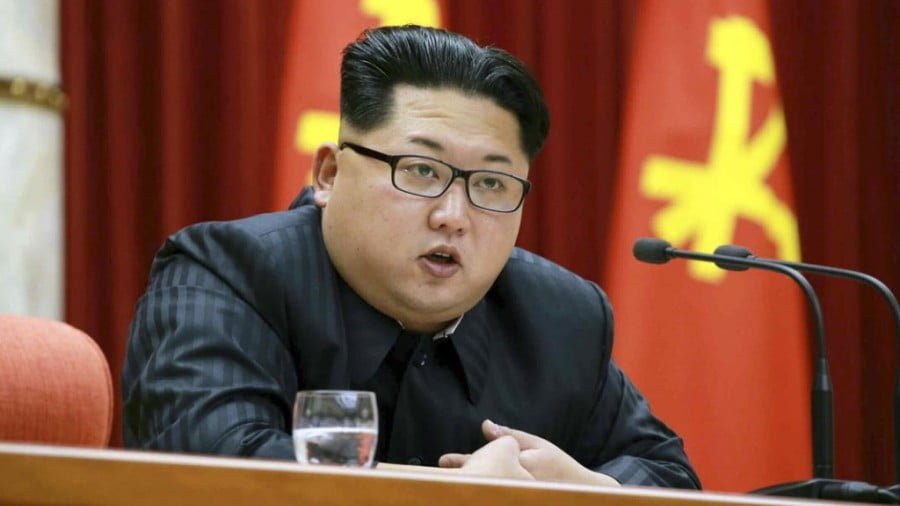 Preparations for the meeting between Kim Jong-un and Donald Trump are for the moment continuing without a hitch. The next step is the historic meeting between Moon Jae-in of South Korea and his North Korean counterpart. On the table are several possibilities. Pyongyang’s strategy seems to be much more refined than it may seem. The news surrounding the negotiations on the North Korean… 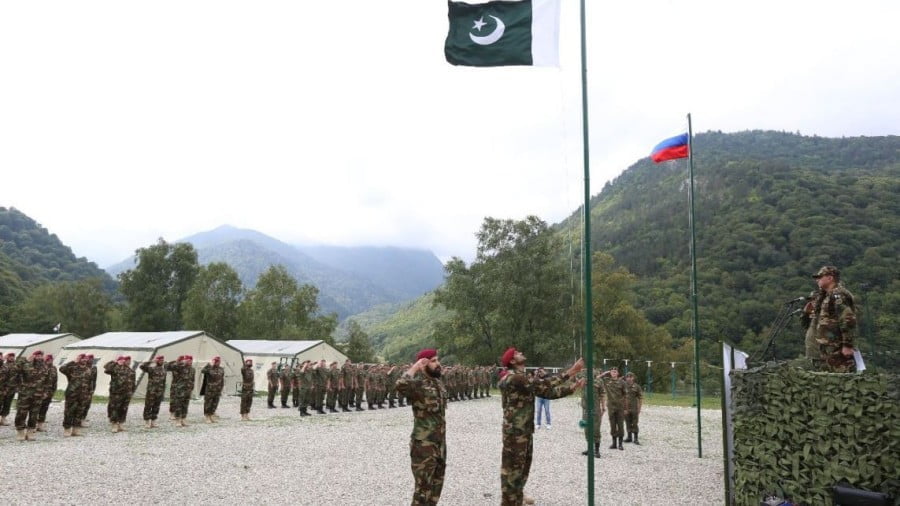